Kawasaki has had to show its hand on what the factory is changing with the 2017 Versys 650 with a new set of patent drawings for the hugely popular middleweight.

And whilst at first glance the bike might look the same, it is in fact a much-more closely related copy of the current 1000cc Versys LT although throughout the design description the factory has gone to lengths to say how much more narrow that the current 650 bike the new version of the middleweight will be. 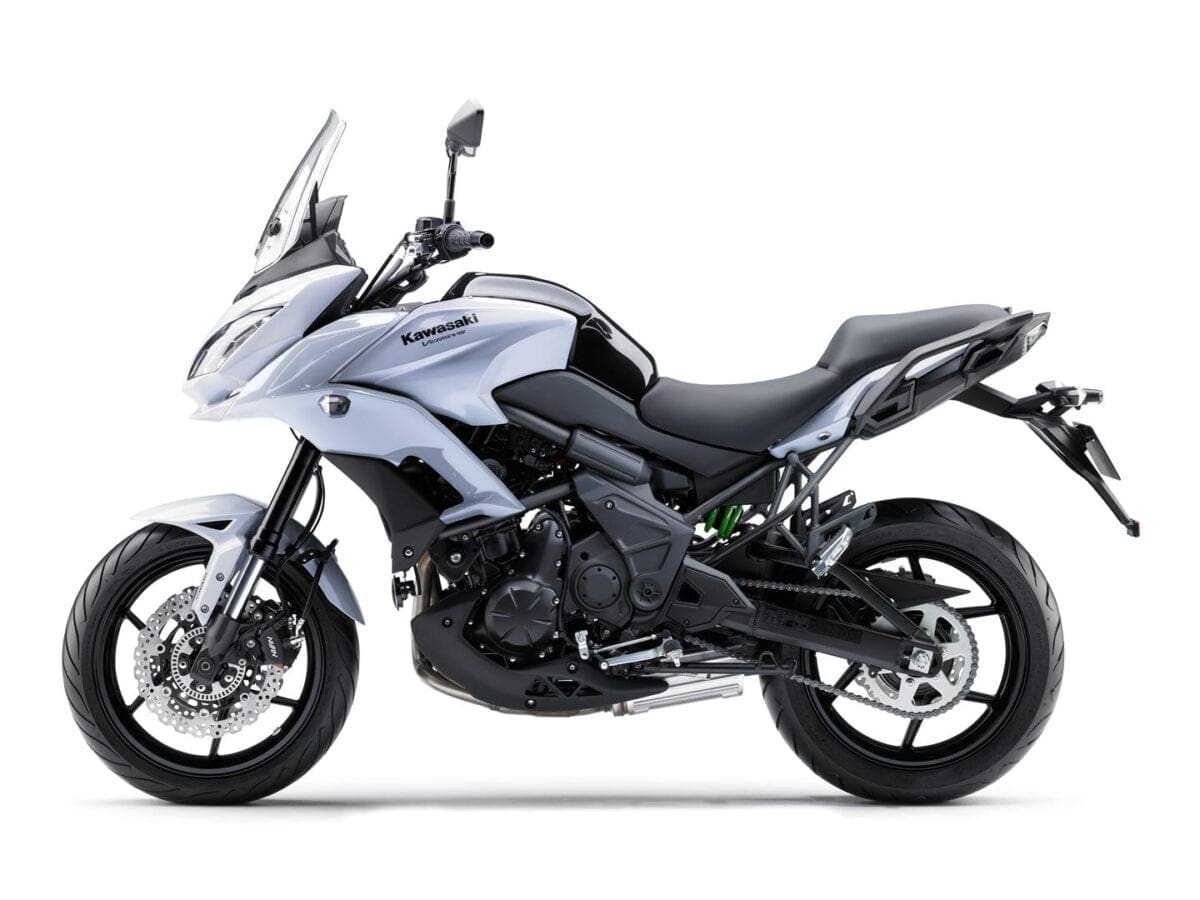 And here’s the factory design from inside Kawasaki: 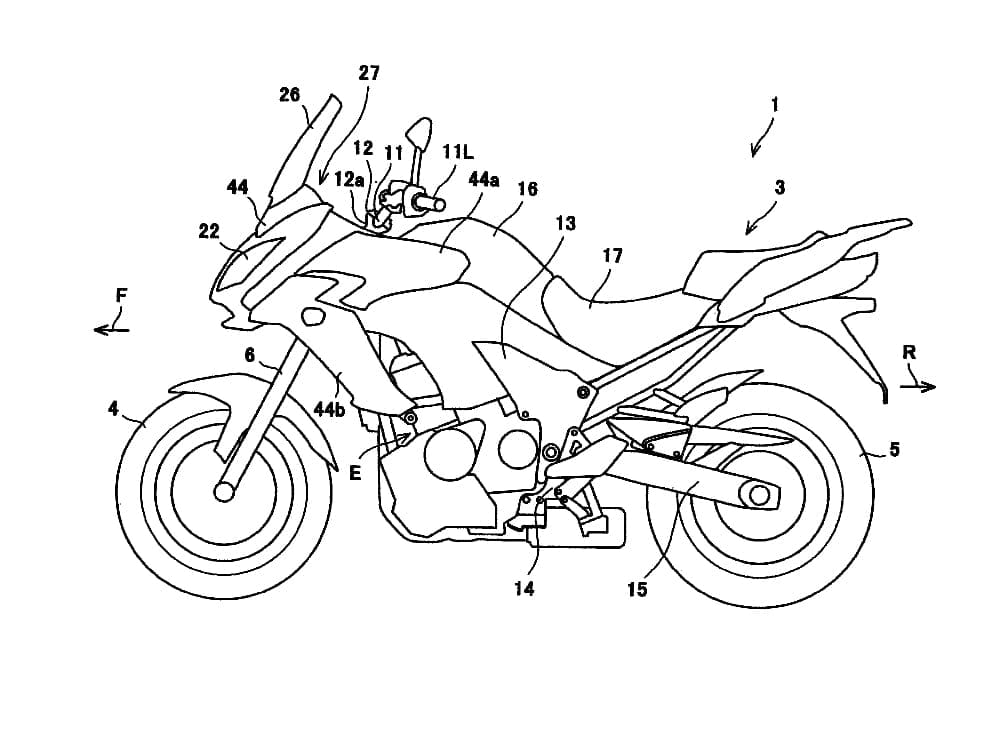 Compare the drawing above to the current Versys 1000LT (pictured below) but notice the lack of big exhaust, handguards and centre stand, the lack of panniers too. 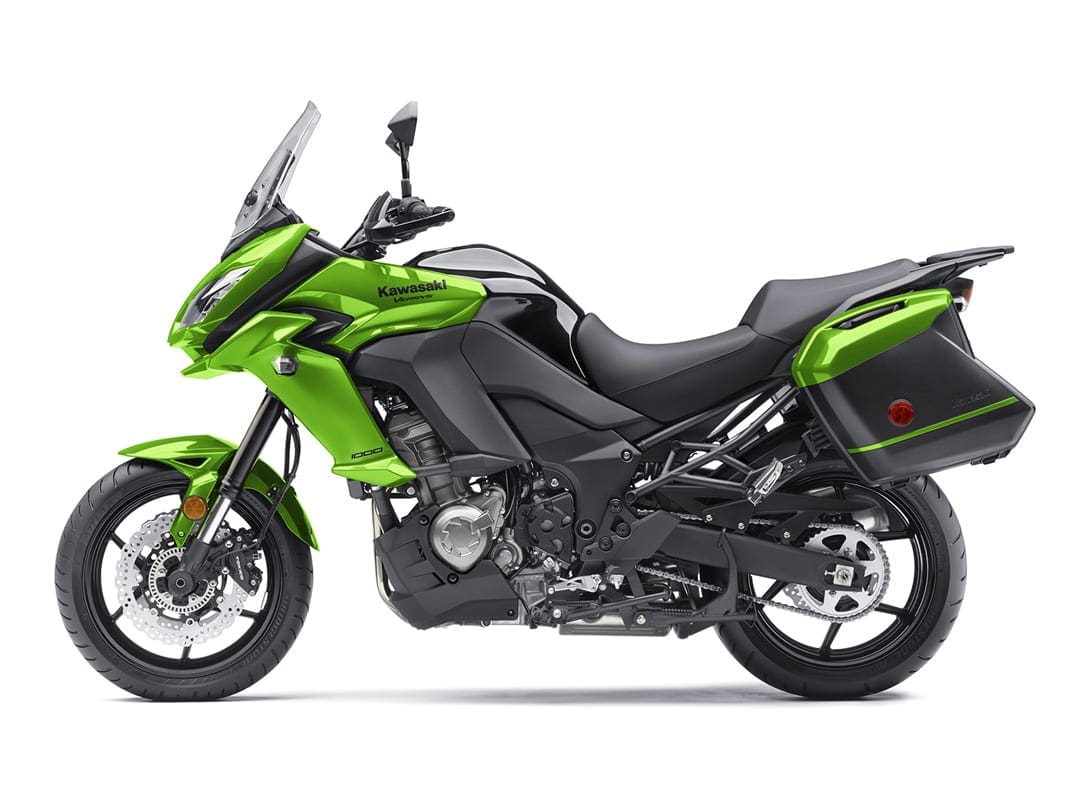 The factory designs for the entire bike were hidden away in a registry document for a new bracketing set-up for the 650’s top fairing. Here’s the document’s title drawing showing the new bracketing and components for the top of the bike: 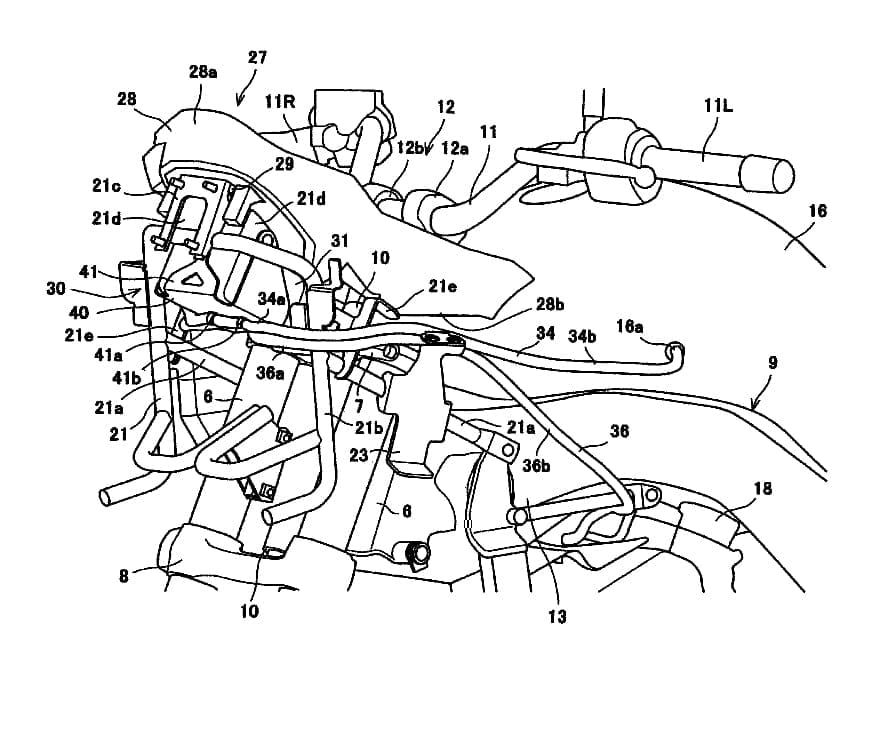 Whilst Kawasaki has to show where it’s moving internal components to in order to fit things like a fuel-saving system on the new version of the bike (yep, according to their documents this bike is going to have an even better mpg range) – the factory also has to show any outward changes to the bike at the same time in order to detail how the new Versys will look with the differences in place. And it’s with those drawings where we get our clearest indications of the direction of the bike for 2017 which show that the bike is basically taking on the styling and looks of its Versys 1000LT bigger brother minus the large silencer, centre stand and shorter, wider mirrors.

We’ve numbered all the changes for you so that you can compare them directly with the current bike – we’ll run down the numbers of what’s changed from 1 to 12 below this drawing of the narrower 2017 bike: 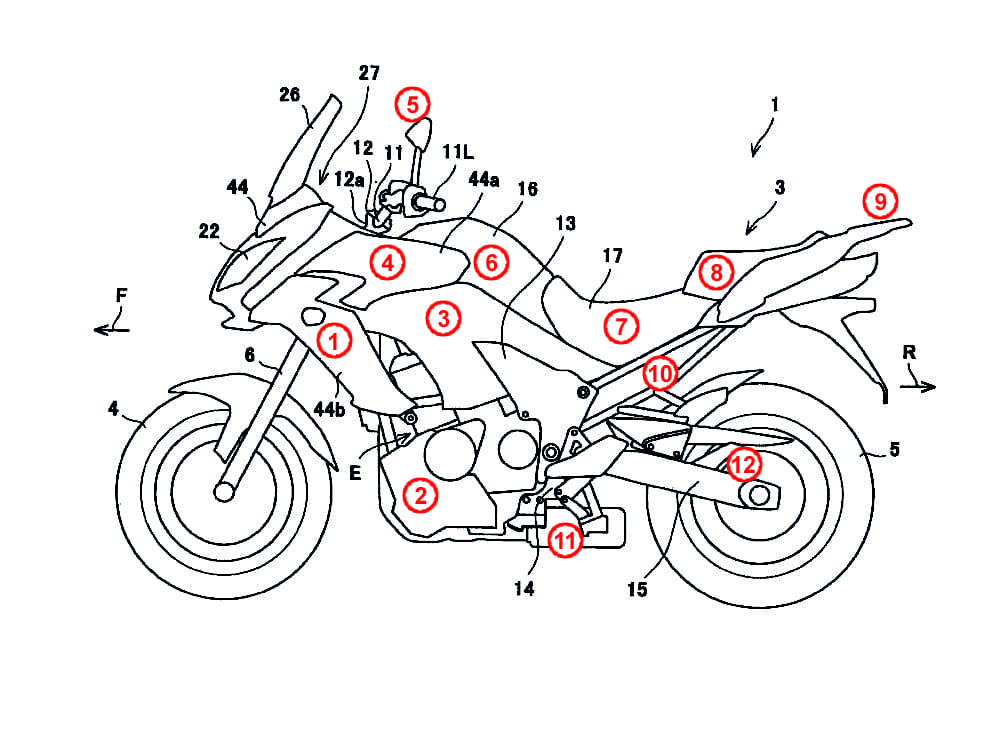 1: The front lower fairing: This has changed into a one-piece blade-type fairing to take advantage of the bike’s new more-narrow top section

3: Frame cover: The previously exposed frame is going to be covered almost entirely by an extended cover which runs all the way along the side of the bike

4: Top shoulder fairing: This is smaller and extends on to the petrol tank shoulders with a much more narrow and overall smaller profile than on the 2016 bike

5: Mirrors: Shorter and wider for 2017, easy to spot in relation to the screen which looks to be remaining the same

6: Petrol tank: The new one is much more progressive up from the seat front and rakes further forward towards the headstock, likely to be a case of having to do this in order to stay at the same tank capacity whilst the fuel-saving system is mounted underneath the first third of the tank itself

7: Rider seat: Reaches further up the petrol tank than the current version and is more sculpted with a more narrow profile to ease bike ‘paddling’ at a standstill

8: Pillion seat: It’s more shaped on the new bike with a handy kicker-lip at the back to make the pillion feel more secure and give their backside something to sit against when riding

9: Grab rail turned into grab and luggage rail: Where the current bike’s grab rails stop just past the line of the pillion seat the new bike’s version will extend into a luggage rack, too. This is currently in place on the 650LT model but looks like becoming standard across the range for next year

10: Subframe: Getting a tidy-up for 2017 with the pillion footrests also coming in for aesthetics-cleaning

12: Cleaned-up swingarm look: It appears the top arm on the swingarm is also gone for 2017 leading to a cleaner line at the back of the bike