We were the first to bring you details of the production version of the Honda City Adventure concept making it to production and now we’ve got this first-look at the latest teaser trailer footage to show you.

The City Adventure is powered by the same motor and (largely) the same chassis as the NC750 and Integra bikes. It was shown last year at the big motorcycle shows as a concept but has quickly been shifted by Honda to the full production run and will be part of next year’s models from the Japanese factory.

The super-scooter differs from the others in the Honda range by having more suspension travel and a scooter-like riding position. It looks like a cross between big scooter and chunky Adventure bike.

Honda is obviously keen to get away from the purely-city-based idea of the bike in action because this video shows the 2017 model off-roading and riding on the road too.

Here’s some grabs from the footage. Expect the bike to be officially launched around September 15 (we’re guessing at that because that’s the date Honda itself has put up on the video at the end – sounds about right for a super-scooter-with-Adventure-styling though). 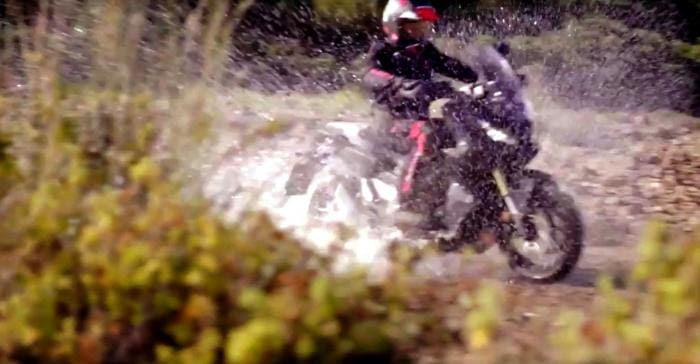 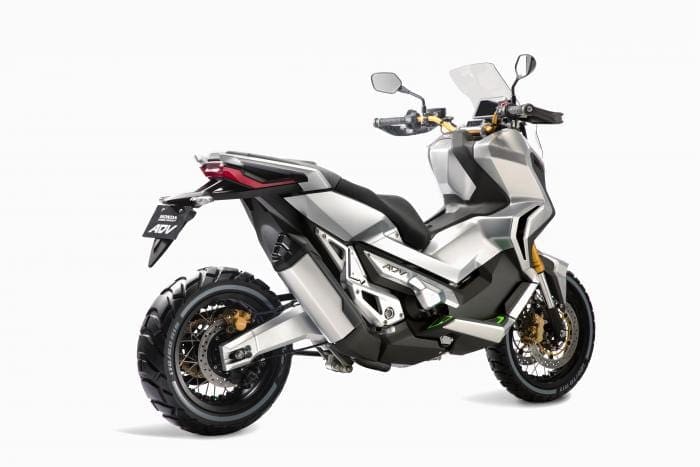