Guintoli: “My biggest wish is to stay in World Superbike” 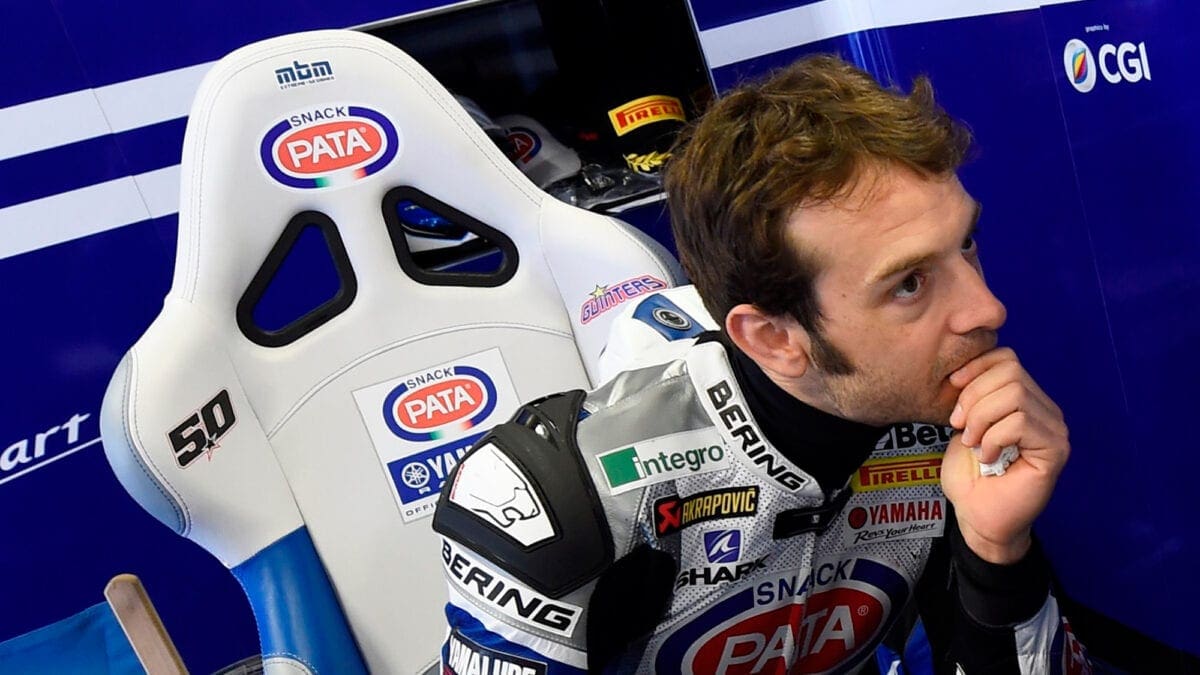 Ah, and so to the rub of the matter for everyone’s favourite racing Frenchnan Sylvain Guintoli.

There’s been some narrow-view fluff recently about how he’d consider domestic racing after having been left without a ride next year on hearing the news that Michael van der Mark will replace him at Pata Yamaha alongside Alex Lowes next year – but Guinters himself has set the record straight.

The 2015 WSB champion, who has been in serious recovery following a crash in April at Imola spoke out ahead of his expected return to the series in Germany and spoke to the world superbike media outlet saying: “I had a one-year contract with Yamaha. I’m looking at options right now but nothing is decided. My biggest wish is to stay in World Superbike and have a competitive ride. If I can’t get a competitive ride, we’ll see, but that is what I am working on.

“You have to take it step-by-step. That is my first goal. There are still a few competitive bikes available, but not many. There are a lot of British riders in this championship; I think it’s good to have a lot of different nations at the front, so I could do with a good bike! It would be good for the championship.

“I am riding well. Since I won the title I have ridden well, including last year with some tough competition from my team-mate Mikey (van der Mark), but I still beat him in the championship. This year I was riding really well until the accident, so by the end of this year I hope to take things back to where I left them and rebuild my speed.

“For next year I really, really would like to have a competitive bike so I can be at the front, dicing with the Kawasakis and Ducatis.”