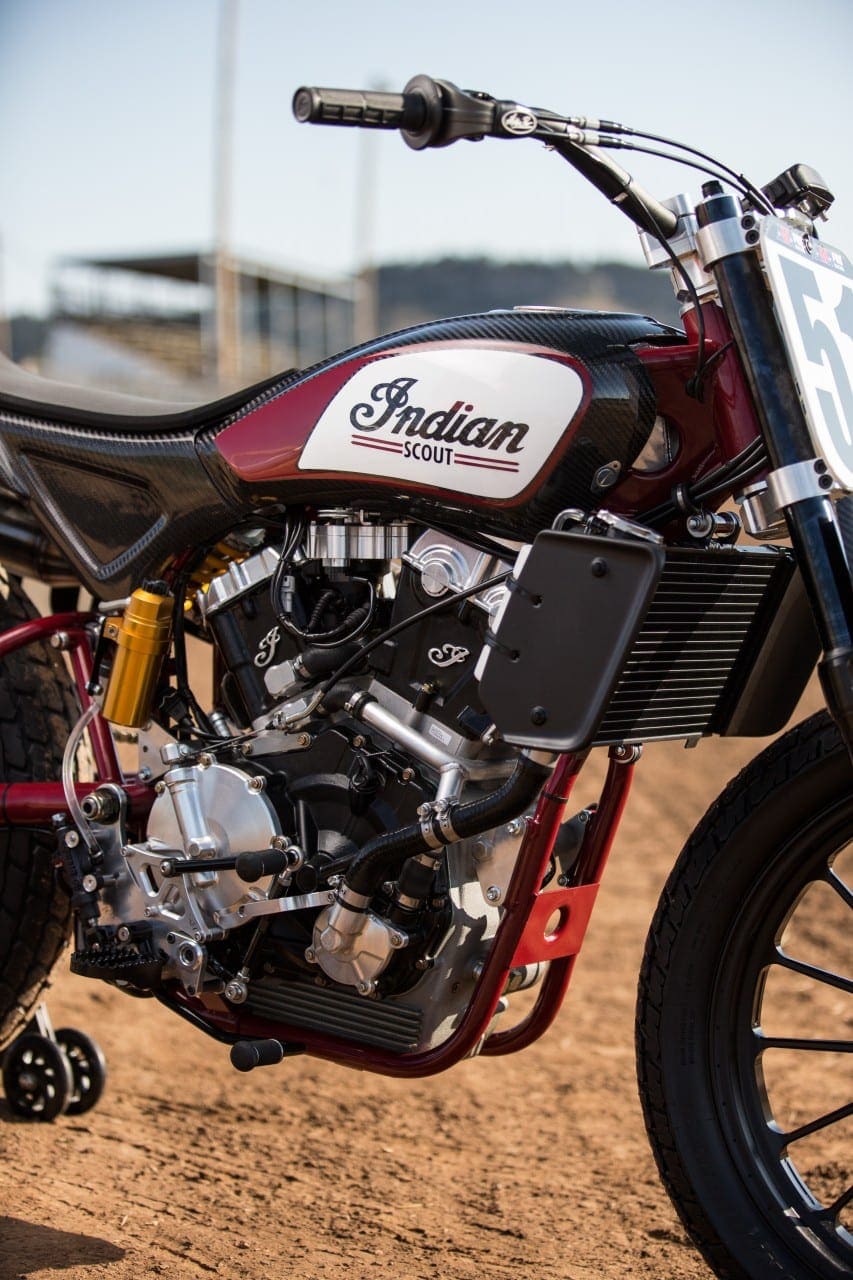 The Indian Scout FTR750 will be piloted in its debut race by AMA flat track racing legend Joe Kopp.

Joe is one of 15 riders to complete the Dirt Track “Grand Slam,” with victories on short track, TT, half-mile, and mile courses. 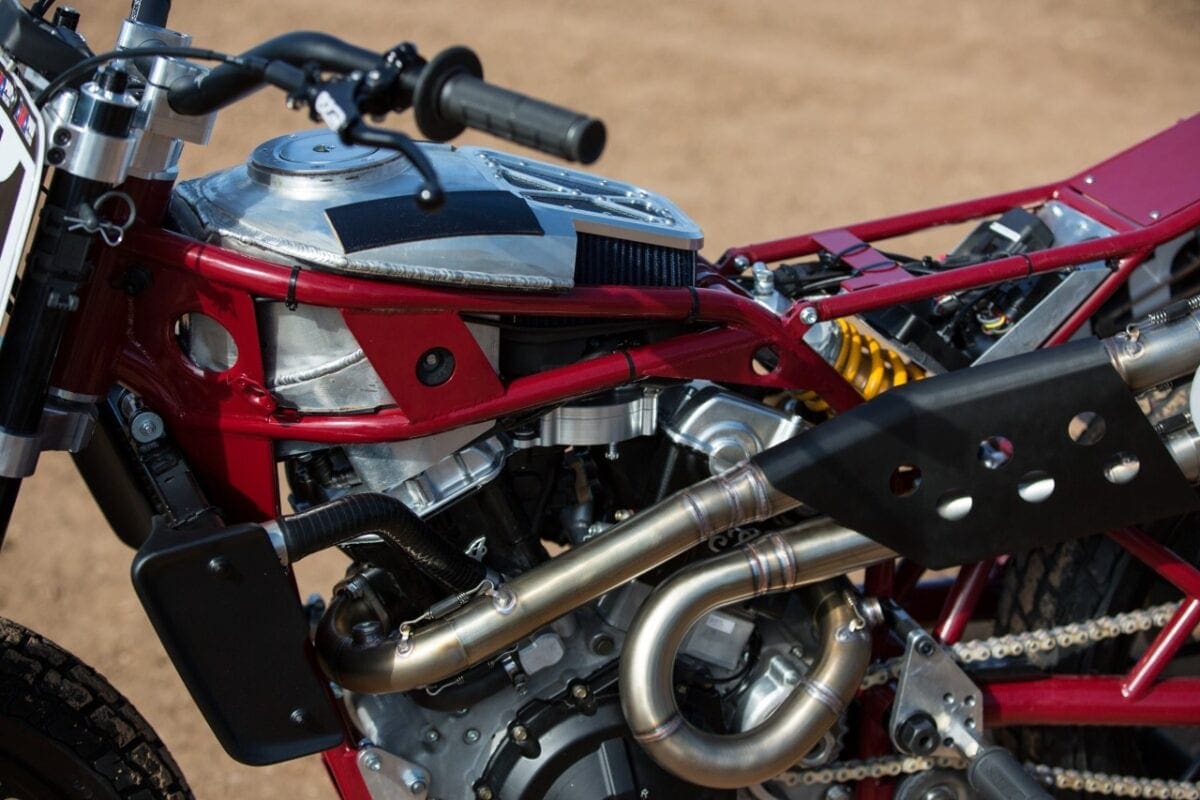 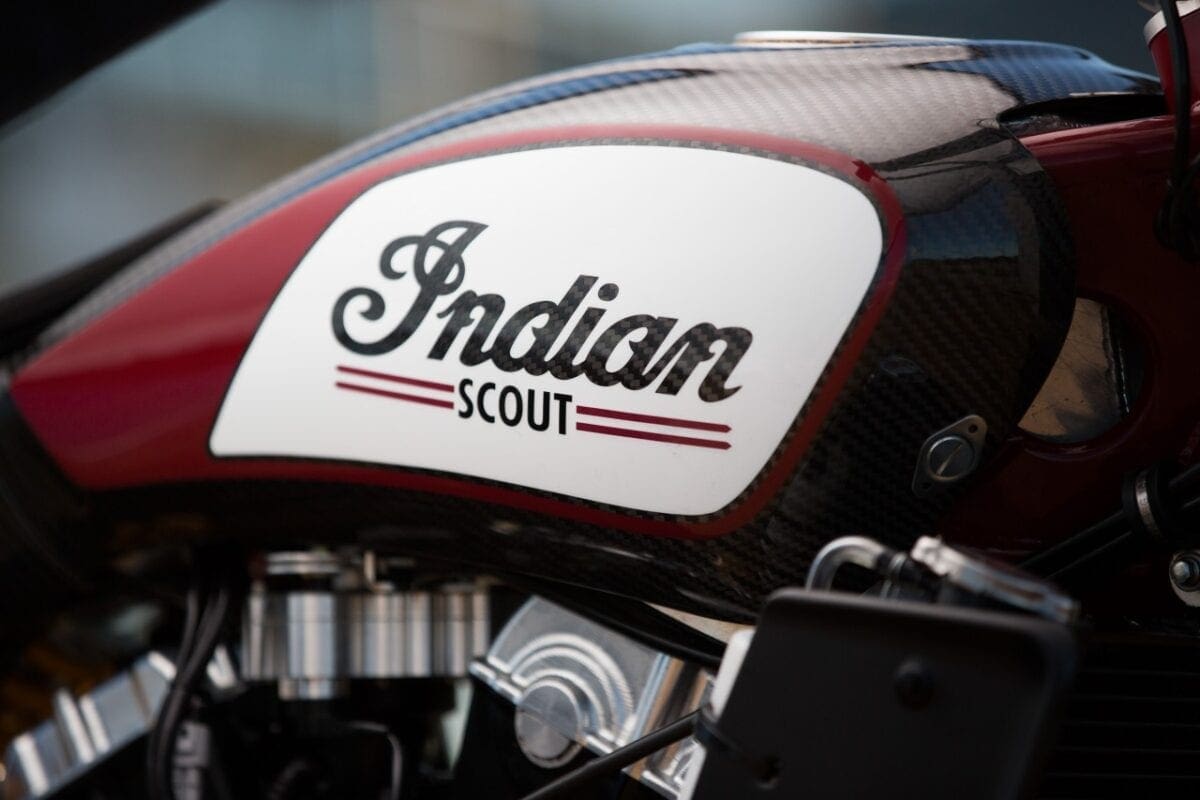 In addition to his 2000 AMA Pro Flat Track Grand National Championship, he took the 1999 and 2000 AMA 600 Hotshot and Supertracker Championships.

The Indian Scout FTR750 will feature Kopps’ #3 for the weekend.

Indian Motorcycle started its official return to professional flat track racing with the public debut of the Indian Scout FTR750 on August 7 at the legendary Buffalo Chip venue during the Sturgis Rally.

On-hand for the public unveil were Bobby Hill and Bill Tuman, two surviving members of the legendary Indian Wrecking Crew, both AMA Hall of Famers, along with hundreds of motorcycle industry dignitaries and members of the press.

The debut of the Indian Scout FTR750 featured the #51 as a nod to Bill Tuman being the last factory racer to win a National on an Indian Motorcycle. 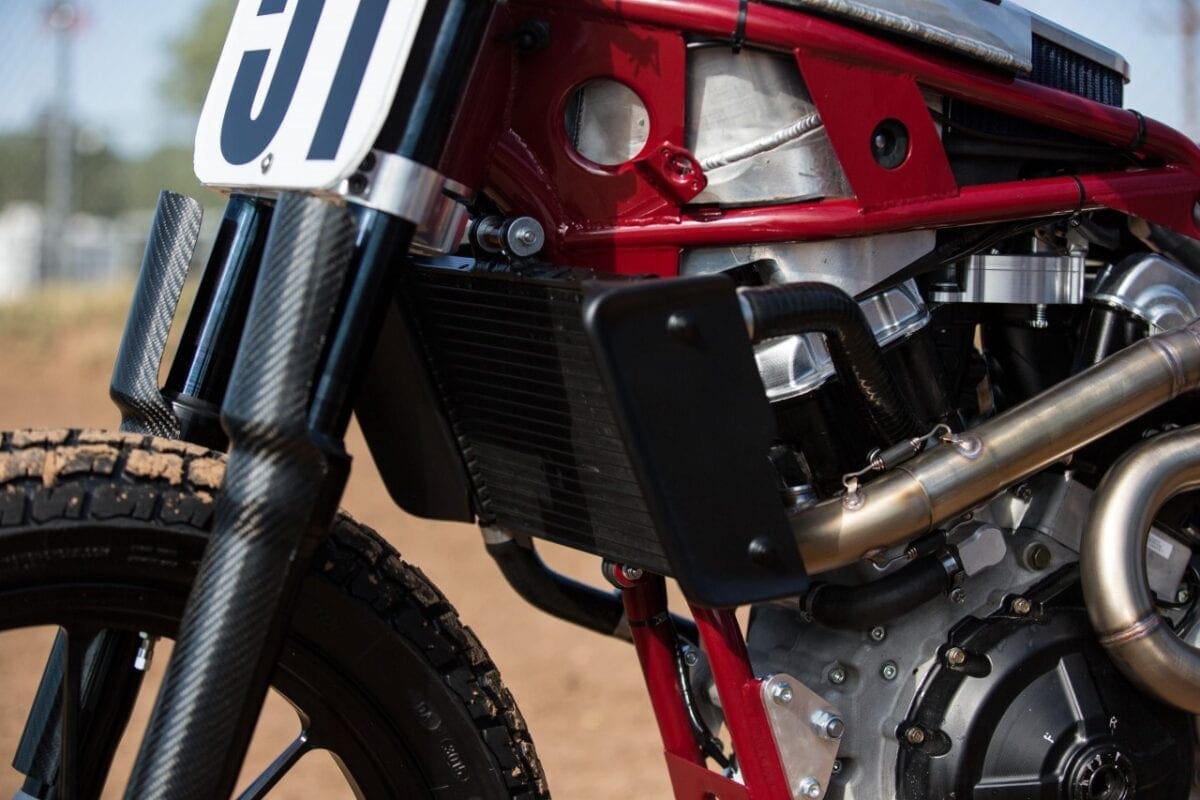 Much like the design philosophy behind Indian Motorcycle’s family of production bikes, the design and engineering teams built the FTR750 to artfully combine state-of-the-art technologies with design elements from legendary Indian racing models from history.

“It’s a proud moment for all of us at Indian Motorcycle to get the Indian Scout FTR750 on the track and formally launch our professional flat track racing program,” said Gary Gray, Product Director for Indian Motorcycle. “We’re delighted to have Joe Kopp riding for us at this historic debut event and we look forward to a robust and highly competitive racing schedule for 2017.”

Leading up to the AMA Pro Flat Track event, Indian Motorcycle will sponsor the Pro/Am Hooligan and RSD SuperHooligan races in Santa Rosa on the day before, Saturday September 24.

Roland Sands and his team from Roland Sands Design (RSD) will be racing their custom Indian Scout Sixty dirt track racers in the SuperHooligan class.