Guy Martin’s a real busy boy at the moment, not only is he jetting off to the States to take on the motorcycle land speed record in the Infor Triumph Streamliner but he’s also banging in secret laps of the Nurburgring AND pedaling a blimp across the channel.

And so it was that a couple of days ago Guy and his support crew for the Channel 4 TV series SPEED with were out in action in Kent for the over-the-water challenge. The video above shows the blimp coming over Princess Parade in Hythe, Kent. 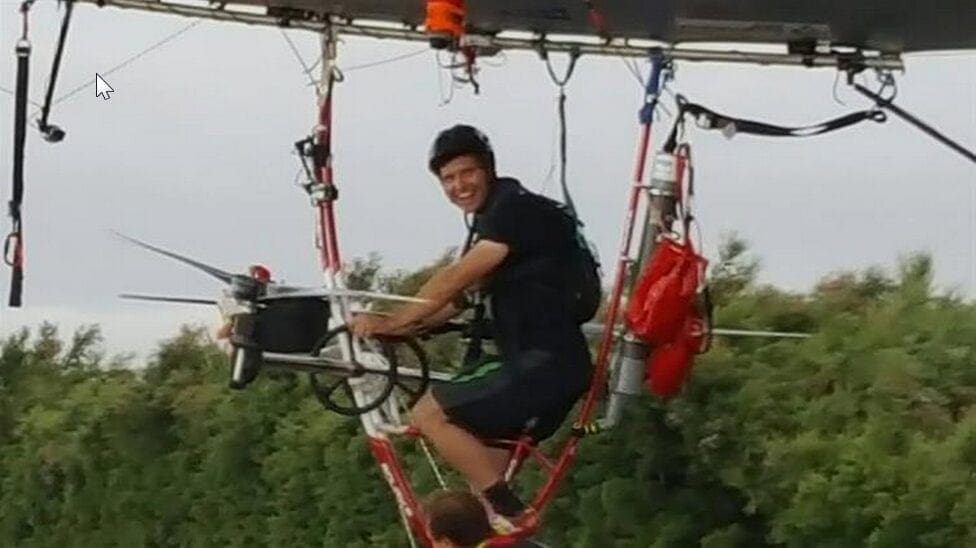 Guy was snapped heading out towards France on the specially-built blimp with a cycle-drive system slung underneath. Two boats were in attendance for support to the Lincolnshire man.

The cross-channel attempt will make up part of the current series of SPEED with on Channel 4 which started last Sunday with Guy setting records in a modified Transit van in the USA. 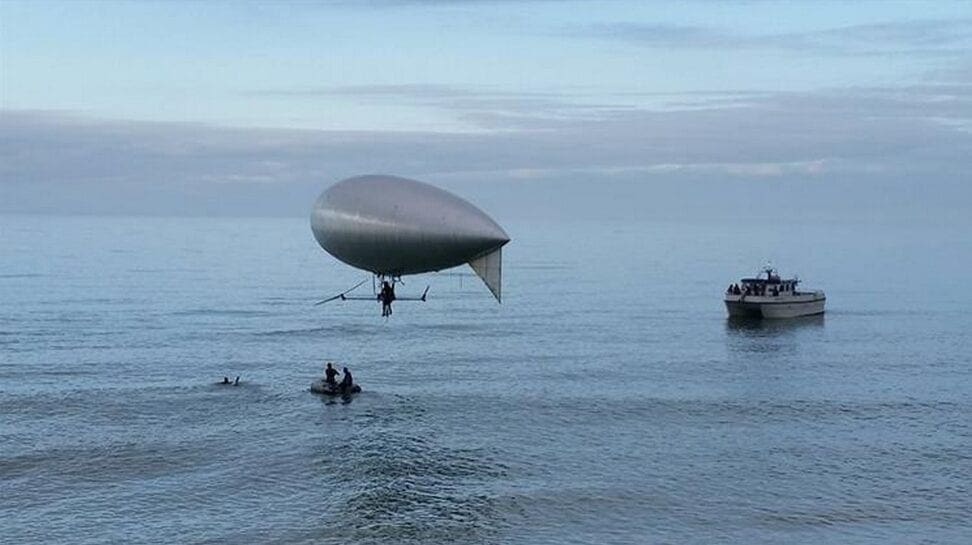