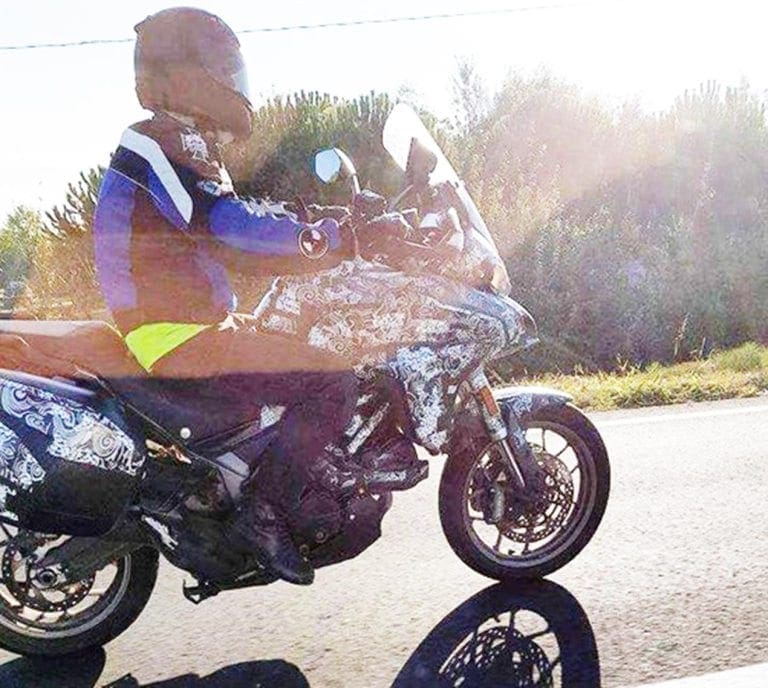 Overnight these pictures have emerged of the upcoming Ducati Multistrada out on test on the Italian roads.

According to the person who took the shots, the bike is quite a bit smaller than the current 1200cc bike. Every rumour from the Italian factory has this bike as being the smaller-engined, possibly 939cc version of the big upright which is lined-up to be joining the Italian’s 2017 line-up. This version of the bike is due to be quite a bit lighter than it’s sibling, too. 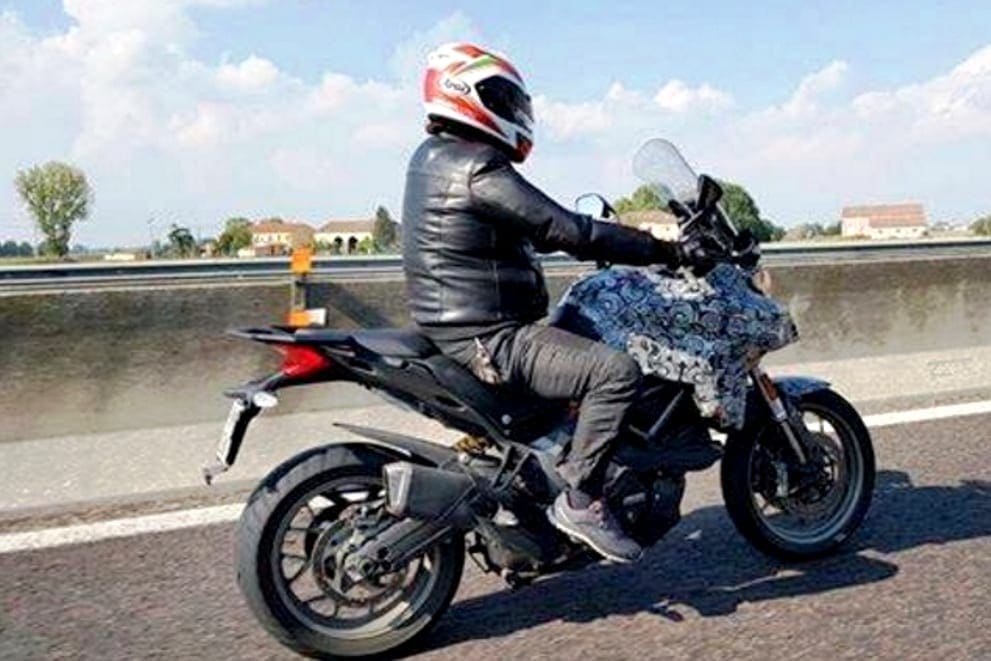 Although we can’t be 100% sure of the motor size or associated parts from this picture, what we can see is the double-sided swing arm. The double-sided rear set-up has been seen elsewhere in the Ducati range, namely in the Monster range where a single-sided arm has been used for the bigger bikes and the double comes in for the smaller models.

Other than that there’s not much to see about this bike – other than some styling tweaks. What is interesting though is that this pre-launch final version of the smaller bike is sometimes being run on the road with panniers already fitted.