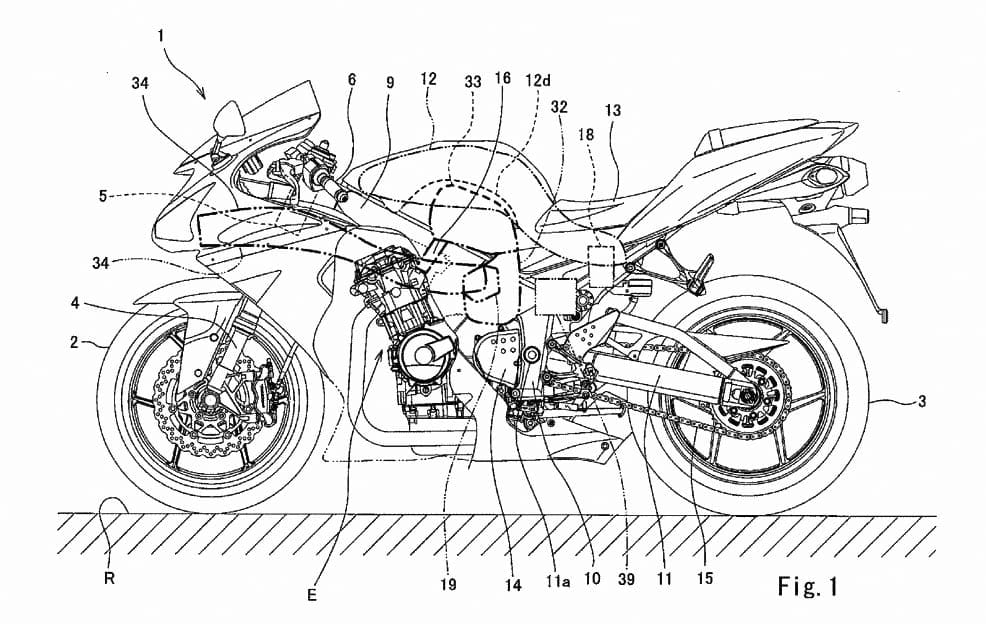 Check out these designs from inside Kawasaki that reveal exactly what the supercharged 600 sportster WILL be like.

These EXCLUSIVE images come from inside the Japanese factory’s legal department and have been used to register ALL the new elements to the bike – a model that the factory itself refers to as the R2.

The R2 is a smaller, more rider-friendly, 600cc sportsbike than its bigger H2R sibling, but it keeps the supercharged tech of its bigger brother.

Here’s the H2R so that you can see how the larger bike looks: 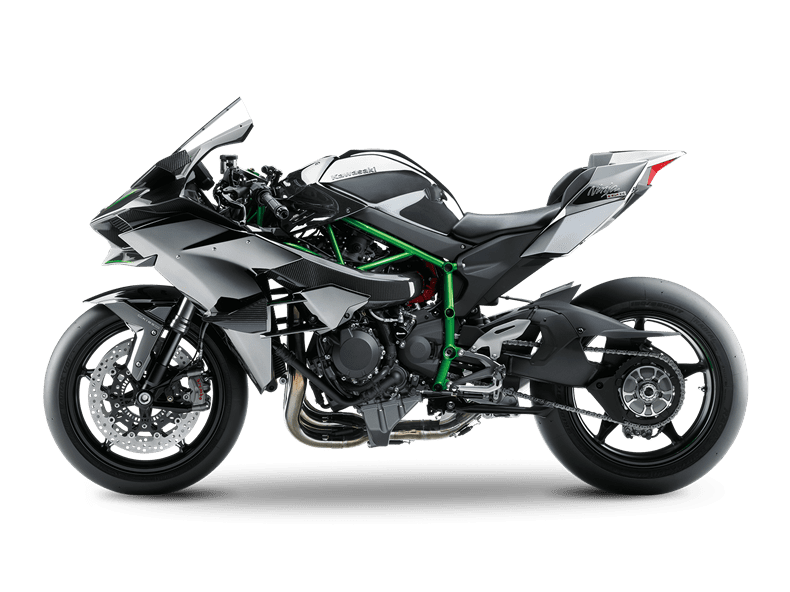 There are two main reasons for Kawasaki having to register these designs for the upcoming supercharged 600: the factory has made the supercharger unit itself – and air routing that feeds it – very compact (something essential to keep the overall physical size of the 600 small). You can see how the factory has done this with the routing of the system under the inner-shape of the petrol tank proper – the fuel-holding portion of the tank extends over the top of the supercharger and continues under the rider’s seat.

The new bike is also getting an underseat exhaust to further continue the slim profile of the motorcycle. The current ZX-6R has a low, side-mouted exhaust as shown in this image of the 2016 model: 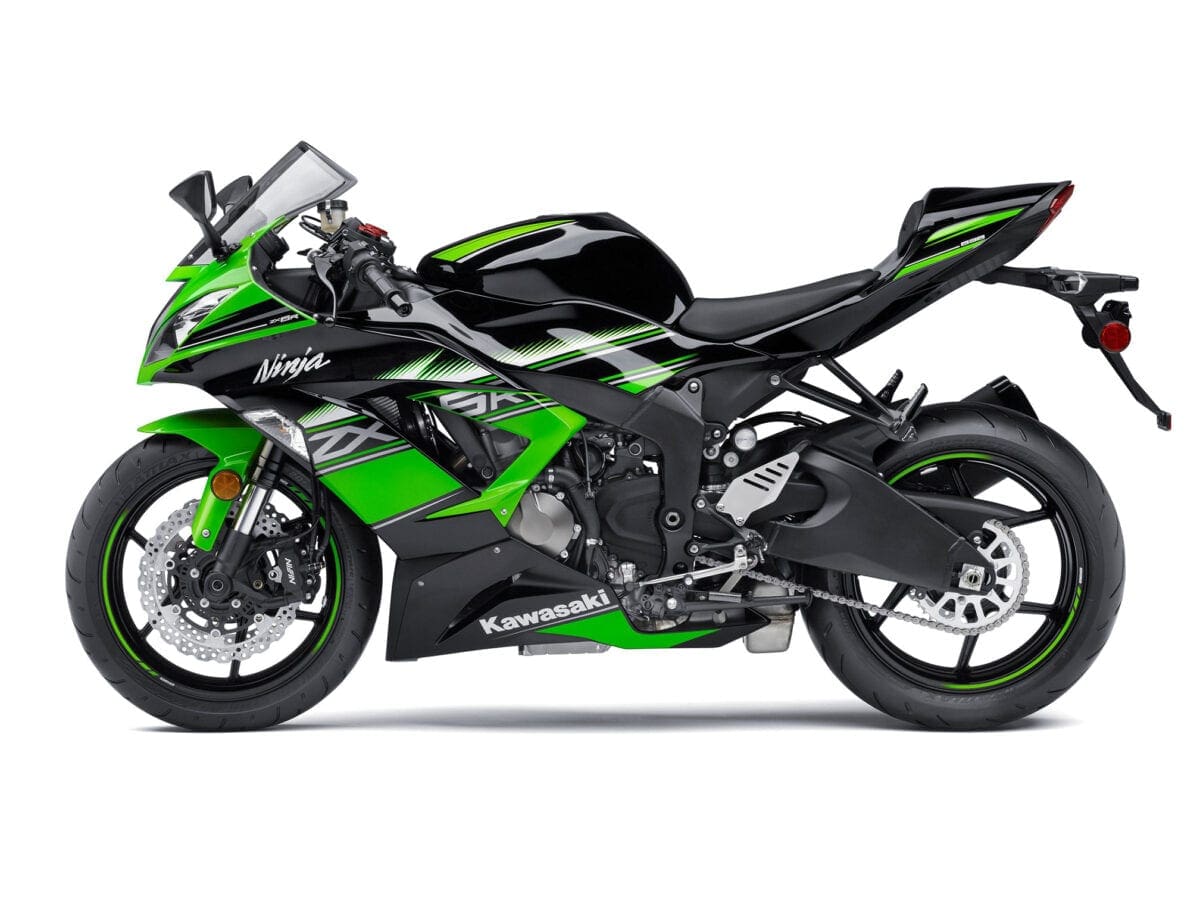 The designs also show that the R2’s fairing is a mix between the current ZX-6R and the H2R with the large cut out just below the screen being mated to a softer, more round nose bulge above the large headlights.

The R2 is keeping the top-end suspension of the ZX-6R but has a smaller, slimmer swing arm (significantly smaller than on the current 600) instead of a large, thicker swing arm like the H2R. The R2 is also getting a more radically-styled rear end with bodywork ‘wings’ flairing out from under the pillion seat to effectively close the air-pocket formed around the rider from the front of the fairing as cleanly as possible.

As can also be seen in the illustration from the factory below, the R2 is going to run with a trellis frame layout like the current H2R. This image is of the R2 but seen from a top view and without bodywork. This design is to show how the fuel load has shifted in order to accommodate the new air routing for the supercharger: 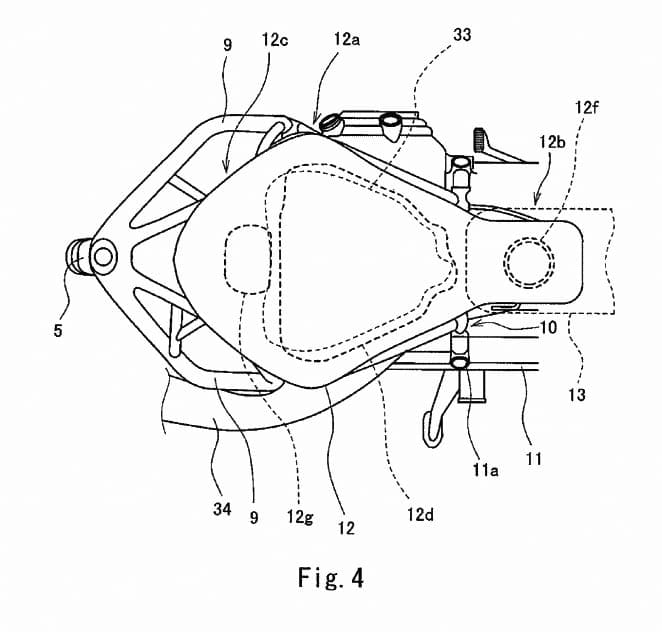 And just to ensure that there’s no doubt the system and how it’s going to work based on the demands from the throttle, Kawasaki has also registered this flow chart to explain when the power comes in. 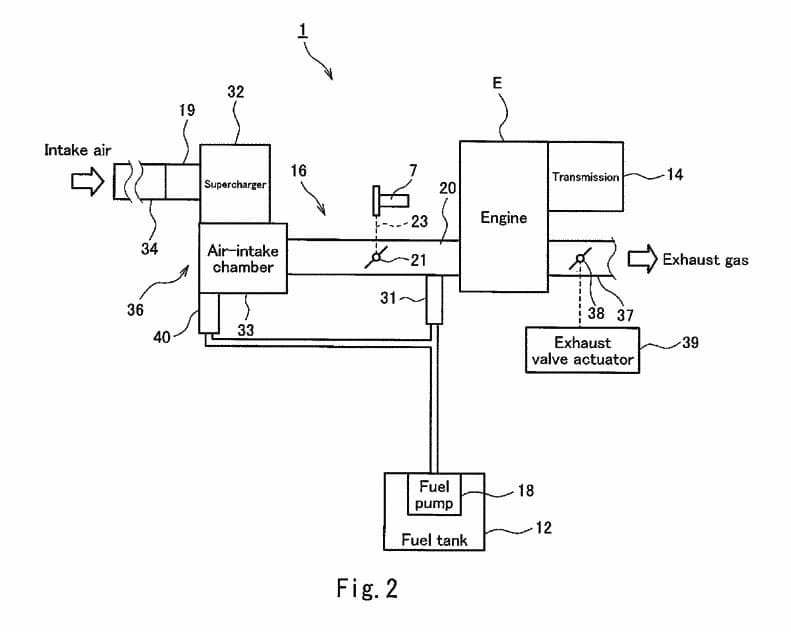