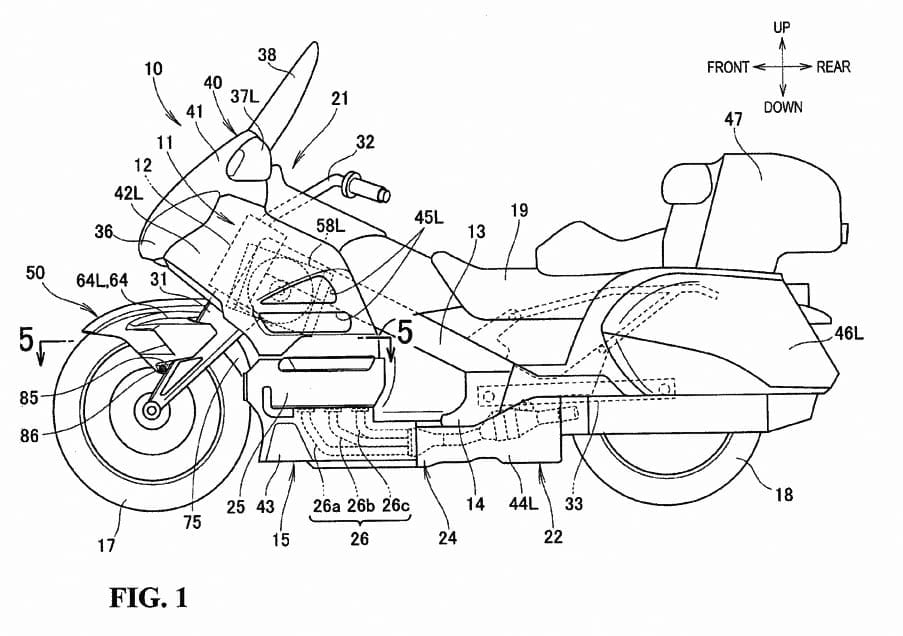 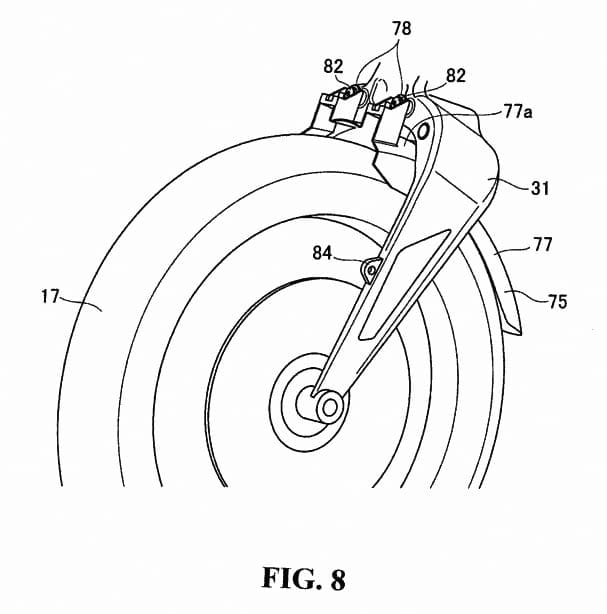 Honda has just filed a batch of final designs for the upcoming 2017 Gold Wing – and even though the subject matter of the designs are just for very large air scoops in the mudguard, there’s another secret that we can see in the drawings which confirms our world first article from a year ago.

Last year, almost to the day, we were the first to show you the original designs for the new front suspension set-up on the flagship super tourer from Honda.

Back then we broke the news that the firm was adding its impressive Duolever front system to the big bike. Since then, the story had gone cold whilst Gold Wing designers have concentrated on other areas of the bike including changes to the engine and tech spec for the 2017 model. 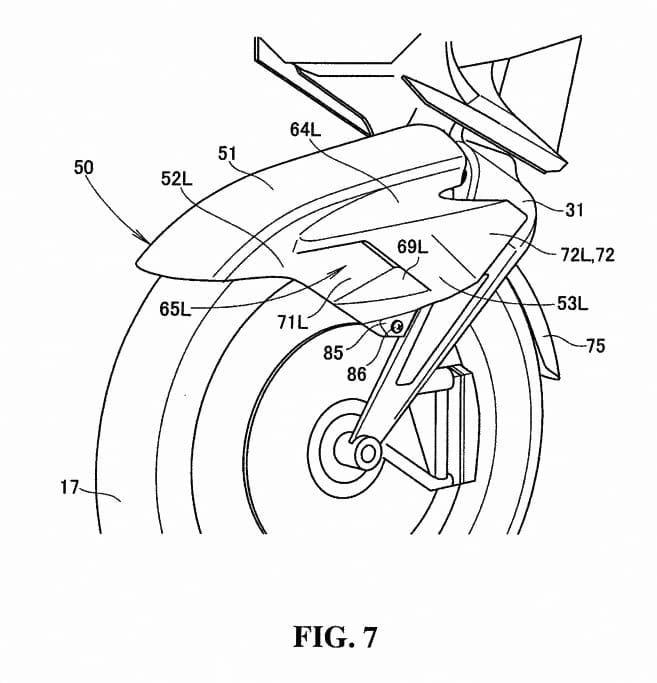 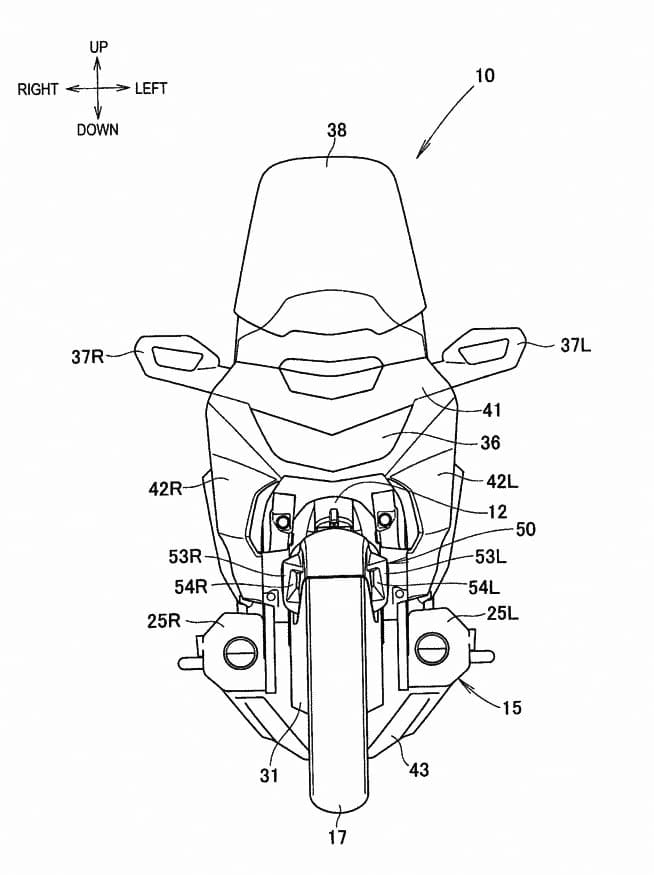 But these latest drawings have now underlined the fact that the bike IS getting Duolever springers up front in the finished design for the bike. In these latest designs it’s clear that the motorcycle’s new mudguard is getting massive, boxy scoops that will channel huge gulps of air out of the back of the front wheel and up towards the rider. Hot air from the engine is getting directly whisked away from the rider by air channeled around the bottom of the fairing, so the new scoops on the mudguard are in place to keep the air flowing around the rider to keep them comfortable.

You can see our article from September 2015 where we ran our world first story, breaking the news about the Duolever suspension being put on the Gold Wing HERE.