Honda has filed a patent for this, the firm’s 300 TT racer concept.

Now, this might mean that this bike will be made into a production bike – or it could well be the case that Honda is just keeping others away from making something like this from the over-the-counter CBR parts – but either way there’s no getting away from the fact that the patents have been put in.

Here’s how the bike looked when it was shown at last year’s Bangkok Motor Show: 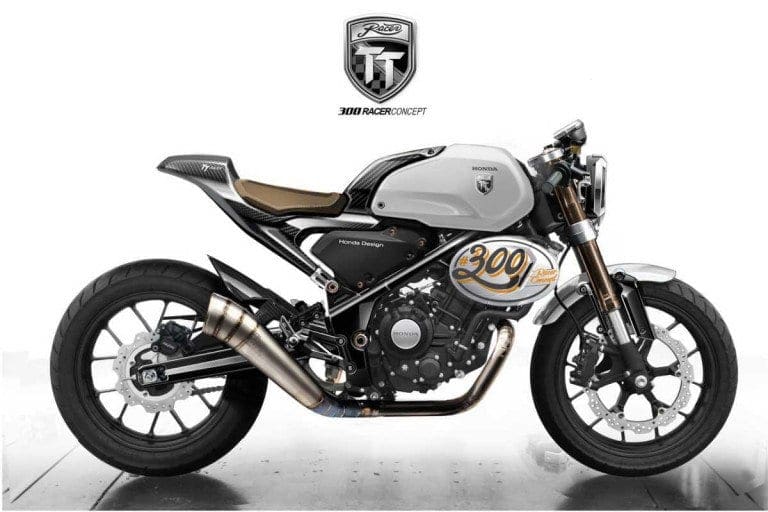 And here’s how it looks in the patent: 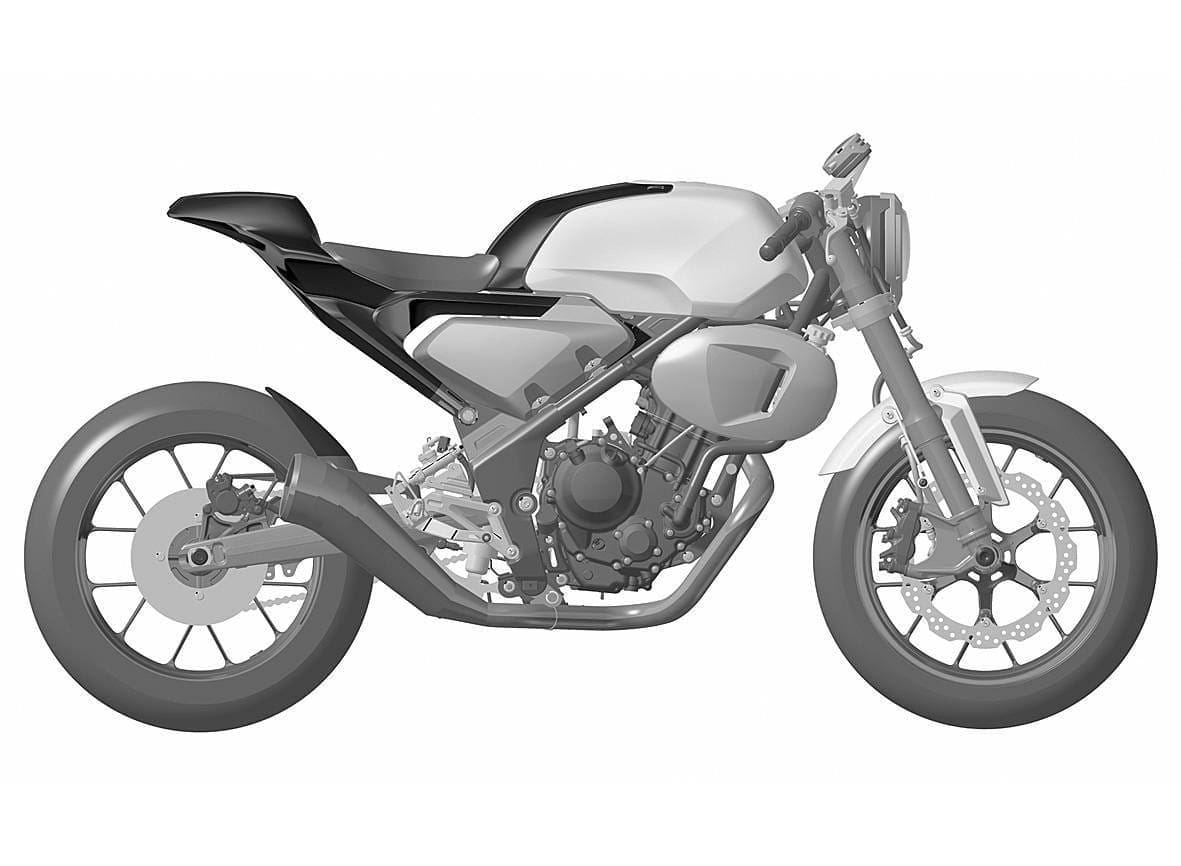 It’s basically a cad image overdrawn from the photo. But the big H has filed it, so along with the yawn-fest that is a Monkey bike patent being filed we now have this – which might just end up as a protecting patent rather than anything with real intent.

We’d love Honda to put out the 300 TT Racer Concept though, this thing looks proper funky.