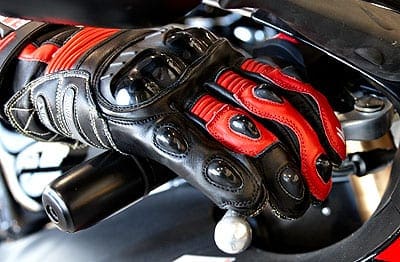 France is rolling out a new law that will make gloves a must for those on motorbikes and scooters. From November 20th this year it will be compulsory to wear gloves if you’re a motorcyclist.

In fact, the law will apply to: “Any driver or passenger of a motorcycle, a motor tricycle, a motor quadricycle, or a moped.” Failing to do so puts you at risk of a €68 fine and a penalty point on your license.

The government’s Journal Officiel website says that move aims to: “Limit serious injuries to hands and forearms.”
The news ruffled feathers over at motorcycle group FFMC. “It’s not that we are against the gloves, the problem is that we’re forced to wear them under the threat of fines and losing points. There’s no lives at stake here, and if we don’t wear gloves then we aren’t threatening other people’s integrity,” the group said in a statement. The group argued that it would be better to encourage people to wear gloves rather than to make them mandatory.