Check out this video of a white Ford Fiesta that appears to deliberately knock a scooter rider off their bike.

The footage was captured by the son of Katie Levett-Allen who posted the shocking footage on her Facebook page.

The coming together was caught on camera on the A23 in Coulsden, Surrey. Levett-Allen said:

“They had an argument for over a mile. I could see them looking and gesturing at each other. We couldn’t believe what happened next. 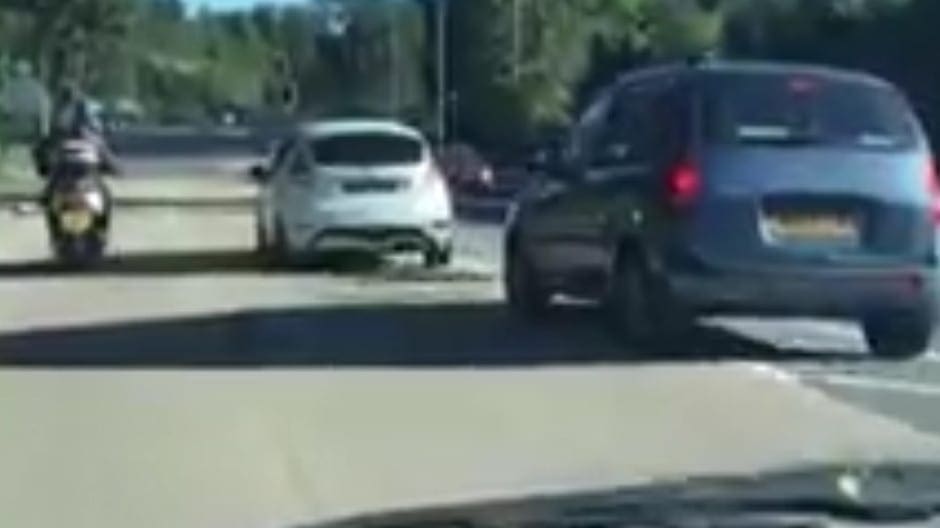 “I’m not sharing this for the shock factor, I’m sharing because I hope it makes us all think about our actions, I haven’t been able to shake it off all day.

“Luckily these two were OK, they were shaken and angry.

“They endangered more lives than their own. The other car in the video drove off, but could so easily have been involved, and if I hadn’t thought to slow down, we would have been hit too.”

The Met Police confirmed that the driver of the white Fiesta did eventually stop and that no arrests were made. The scooter rider was taken to hospital with injuries described as not life threatening.