WSB: It’s the Magny Cours-this-weekend ‘everything’ guide – on and off track

WSB: It’s the Magny Cours-this-weekend ‘everything’ guide – on and off track. 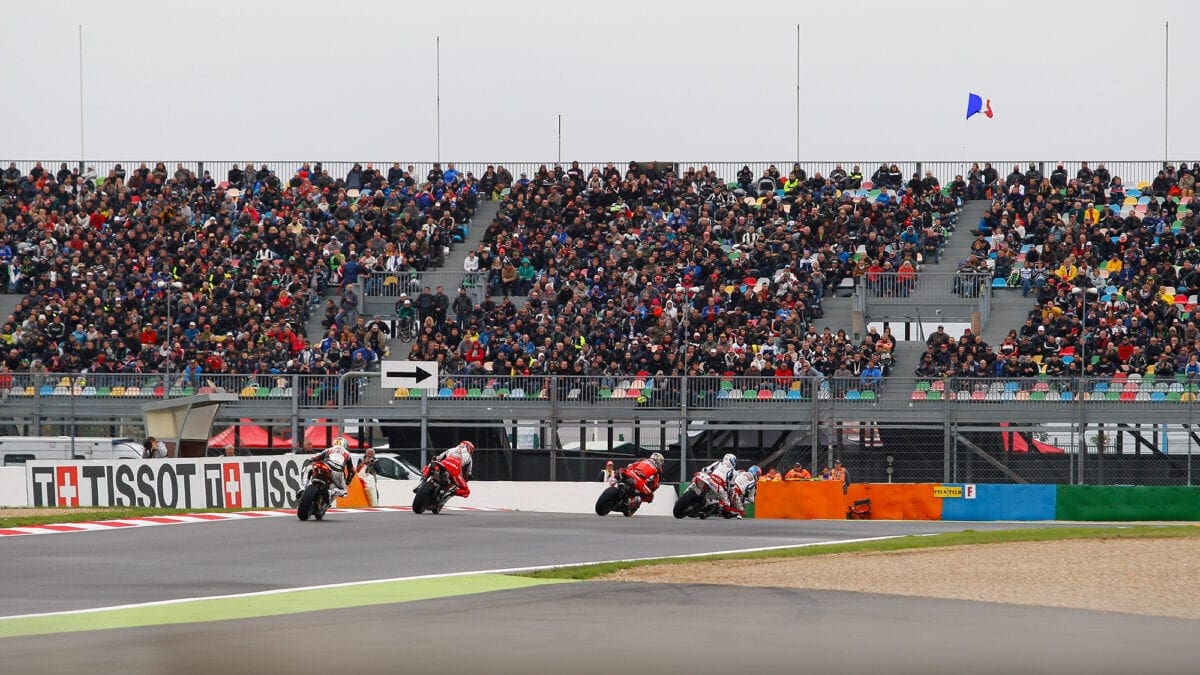 Are you heading to the WSB penultimate round this weekend?

If you are popping across the channel and taking in the proddie-based championship then here’s a handy run-down of what’s happening.

The information comes courtesy of the WSB organisers, so everything that’s happening is in here. Looks pretty easy to make a full weekend of cheering on the Brits as they scrap it out for the crown.

WorldSBK goes French for Round 11 of the 2016 MOTUL FIM Superbike World Championship as the Circuit de Nevers Magny-Cours gets ready to host the penultimate European Round of the Championship.

The action begins on the French countryside on Thursday 29th of October with a pre-event at the Palais Ducal in Nevers, where street artists and riders will paint a 1.2m by 1.2m canvas backdrop in front of Media and spectators, which will be signed by the riders at the end and exhibited at the Paddock Show. The pre-event will begin at 12:00pm before the Paddock heads back to the circuit at 14:00. Autograph sessions with all the stars of WorldSBK including reigning World Champion Kawasaki Racing Team’s Jonathan Rea together with home heroes Sylvain Guintoli (Pata Yamaha Official WorldSBK Team) and Jules Cluzel (MV Agusta Reparto Corse) will be held in the Open Paddock- a feature exclusive to WorldSBK- at 15:00 until 16:30 local time (GMT+2). No ticket is needed for this, meaning fans can get up close and personal with their idols.

On-track battles commence on Friday morning for the first Free Practice session at 9:15am headed by STK1000, before WorldSBK and WorldSSP fight it out later in the day for entry to Saturday’s Tissot-Superpole 2 qualifying sessions. Live commentary of all sessions will take place from the Paddock Show with various French riders as guest speakers throughout the weekend.

At 16:00 local time the Paddock Show takes centre stage, first with the MOTUL Chat Show, then with the Team Managers Show and finally welcoming Friday’s fastest riders from WorldSBK and WorldSSP during the Opening Day Show, to end the day’s activities.

Saturday’s on track thrills begin early with WorldSBK leading the charge at 8:45am for FP3, giving riders one last chance to refine their setups before the Tissot-Superpole qualifying sessions begin at 10:30am. Fans will have the chance to meet their favourite STK1000 riders at the Paddock Show at 12:20pm before WorldSBK take to the grid for Race 1 at 13:00 local time. An hour later STK1000 will fight it out on track to decide their grid positions ahead of Sunday’s race followed by the FIM Europe Junior Cup qualifying at 15:00.

Saturday will be a busy day for fans as the off-track activities begin at 9:00am with free beginner bike rides for children aged 6-12 years old in the Circuit Trade Area, for those organized fans who’ve booked ahead. Then at 12:00pm in the Trade Area a ‘Banners Contest’ hosted by Sport Bikes magazine will see four lucky winners earn grid access to WorldSBK Race 2 on Sunday.

15:50 sees a change to the Paddock Show schedule with Akrapovic hosting a Telethon charity auction event ahead of Meet ‘n’ Greets and Qualifying Shows for all categories.  At 16:15 Pit Lane becomes accessible for 45 minutes to fans who’ve purchased Special Access tickets. Unique to the Fassi French Round, super fans will have the opportunity to purchase a Parade Experience Pack, which allows them to take to the track with their own motorcycles in a Bike Parade at 17:05.

At 16:30 the Party in the Paddock will have every fan rocking until 18:00 when DJ MA1A takes to the Monster Stage to get the party started! Drinks and goodies will be on offer at the Monster Stage in the Trade Area. Simultaneously at 17:30 be sure to keep an eye on the home straight as BLACKLINER will keep you on the edge of your seat with their Freestyle show.

Sunday sees track action begin at 9:00am with WorldSSP heading the warm up sessions, again with live commentary from the Paddock Show. Sunday’s Pit Walk begins at 10:15am ahead of a Meet ‘n’ Greet with the riders from the FIM Europe Junior Cup at the Paddock Show. Racing begins at 11:20 when WorldSSP hit the grid first followed by WorldSBK Race 2 at 13:00 and STK1000 at 14:20. Racing doesn’t stop there though; at 15:50 The FIM Europe Junior Cup could see a champion crowned ahead of the local Yamaha YXF-R125 Cup to end the on-track action for the weekend. After each race the Paddock Show will be welcoming the podium finishers, Pirelli Best Lap winners and local heroes of each category to the stage for a Raceday Show that you’re sure to love.

Sunday’s spectator activities being at 9:00am local time in the Trade Area where kids who missed out on Saturday will have their chance to have their first ride on motorbikes in the free Bike Initiation. Keep your eyes to the sky at 10:00am, as there will be sky dive show above the Adelaide Hairpin and Finish Line to begin the day’s excitement, while goodies will be on offer again at the Monster Stage thanks to DJ MA1A and the Monster Girls at 11:30-13:00. At 12:00 don’t miss your chance to win a SHARK helmet in the Fan Zone while BLACKLINER tear up the Trade Area once again with their Freestyle show.
Another unique feature that is sure to heighten the high-octane atmosphere at Magny-Cours is the Camping Experience available for fans. This year sees the camping area located alongside the Adelaide Hairpin, which is sure to offer the best seats in the house over three thrilling days of racing.
3-Day passes are available from 55€, while Sunday General Admission passes are 50€. Children under 16 years old enter for free. Paddock Access passes and Camping Experience passes are still available for purchase from WorldSBK.com.