Spy shots! Moto Guzzi’s 2017 V9 Racer and V7 roadster caught out on Italian roads in final runs ahead of Intermot

Spy shots! Moto Guzzi’s 2017 V9 Racer and V7 roadster caught out on Italian roads in final runs ahead of Intermot. 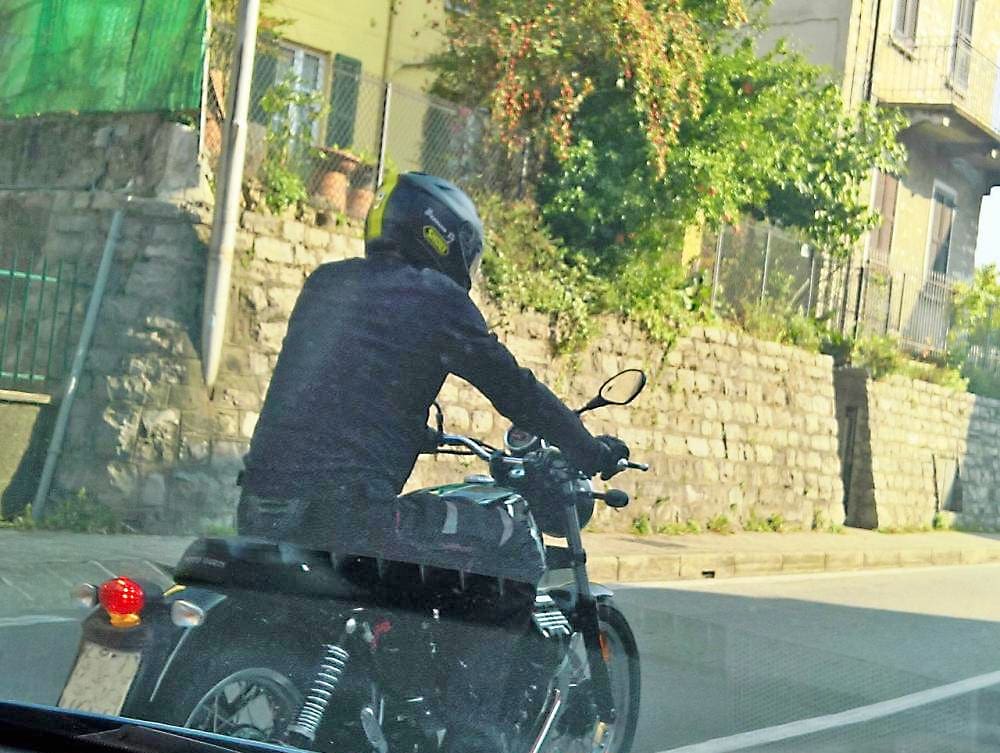 These pics have just been snapped in Italy and they show the 2017 Moto Guzzi V7 and the V9 Racer option in the more sedate road model line-up.

The non-Racer models of the new V7 III (of which there will be two) are getting a bigger fuel tank and a newly-worked motor derived from the new V9 lump. The new motor gets a new top end with new combustion chambers for more power and a smoother delivery. 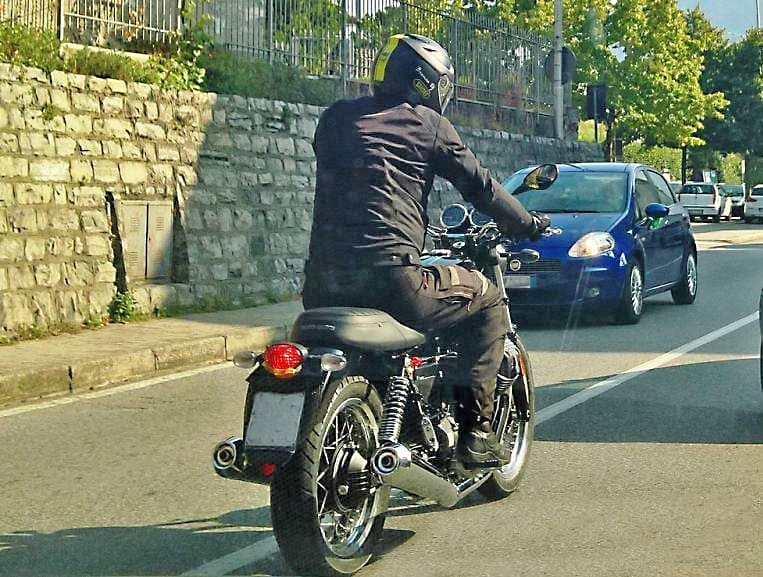 The V7 III (above) has been styled down to fit in with the retro-trend look and reports from the photographer are that the bikes looked physically small compared to others on the road. 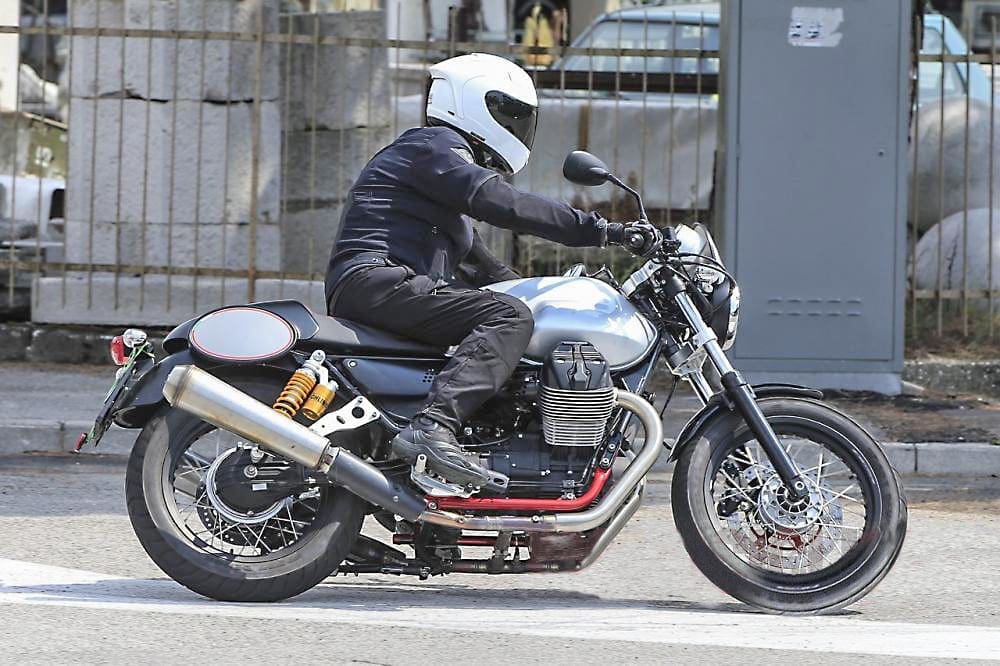 The V9 Racer (above) gets fully adjustable Ohlins shocks with remote reservoirs although there’s conventional forks up front.