Check out this awesome illustration from our Japanese friends at the brilliant Young Machine magazine.

Called the Vision GSX-R, the bike is a computer generated image of where Suzuki’s plans to keep the 750cc version of the bike alive may lay. But it’s not a wild flight of fancy. This illustration has been put together based on ACTUAL factory illustrations surrounding a new engine registered in Japan!

Suzuki has made no secret of keeping the 750 in the range for the future. As an icon of the brand, the GSX-R750 has long established itself since it was launched in 1985. As a model that kick-started the modern sector of sales success for the Japanese factory, the GSX-R750 has virtually guaranteed it’s place forever in the Suzuki line-up.

But whilst the sporty models in the GSX-R line, like the 1000cc and 600cc options, have from time to time been competitive on track and sold well in dealers, the 750 has always occupied a no-man’s land between the capacities. Fans of the three-quarter machine have faithfully stuck by the bike, but there’s no denying that a 750cc sportster has a limited appeal.

So, to keep the legacy of the GSX-R750 going – and to hark back to the glory days when the original GSX-R three-quarter litre bike was a goalpost-moving king – we could see something along the lines of the Suzuki Vision GSX-R.

So far, the only nod towards the bike has been a set of Japan-office-only patents that centre around a new version of the firm’s old oil-cooled motorcycle.  We’ve put them in this article below. 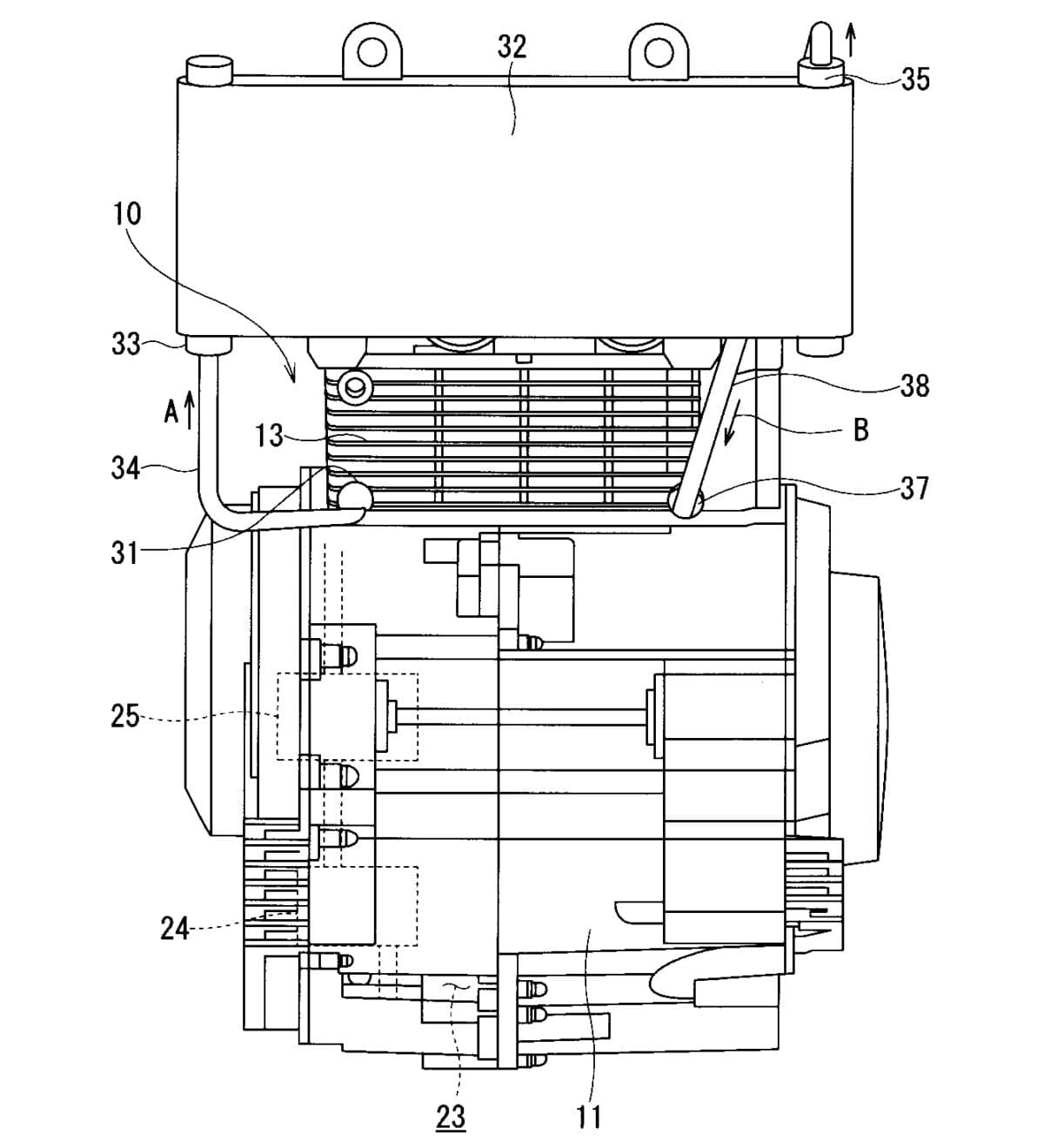 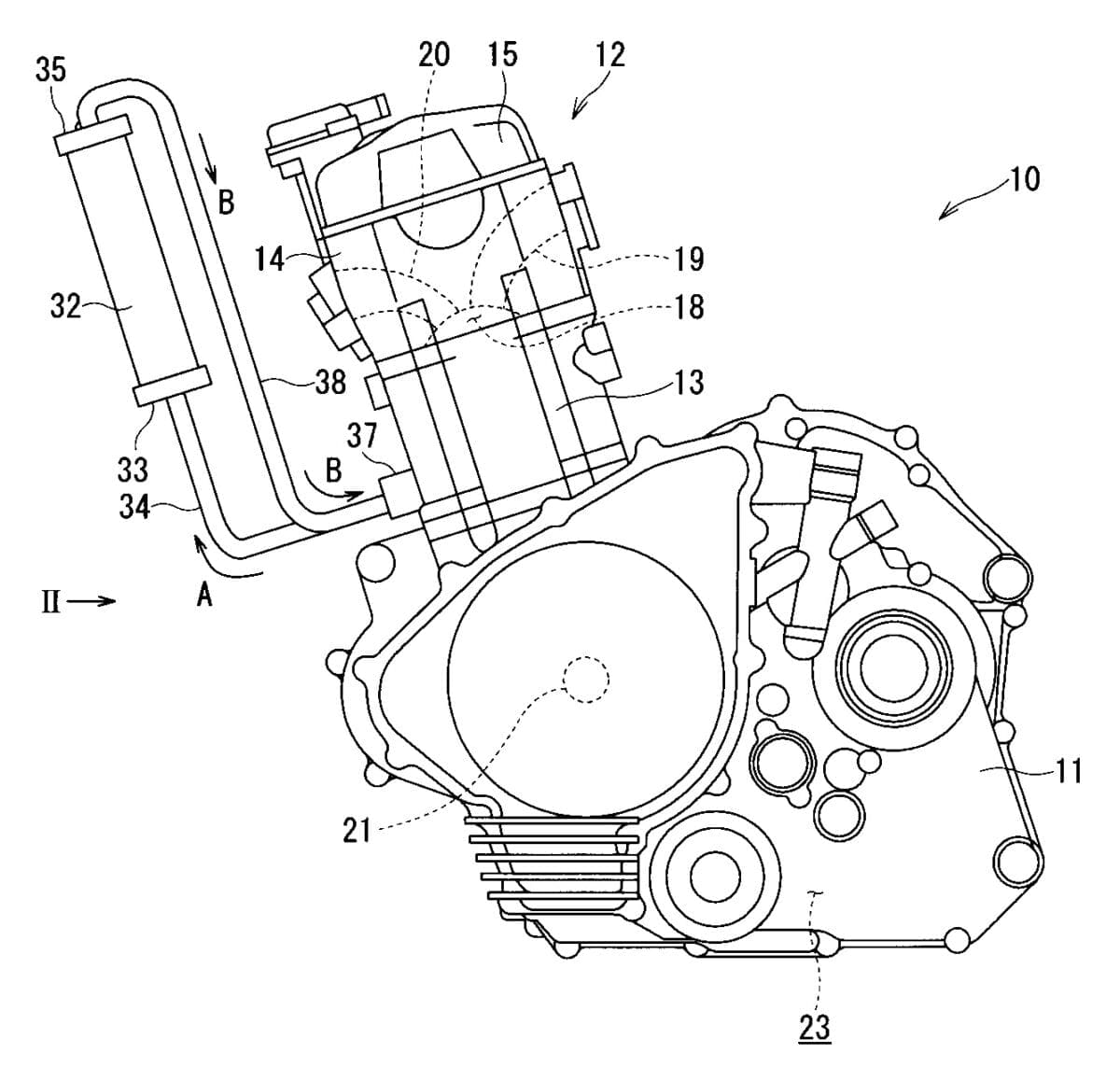 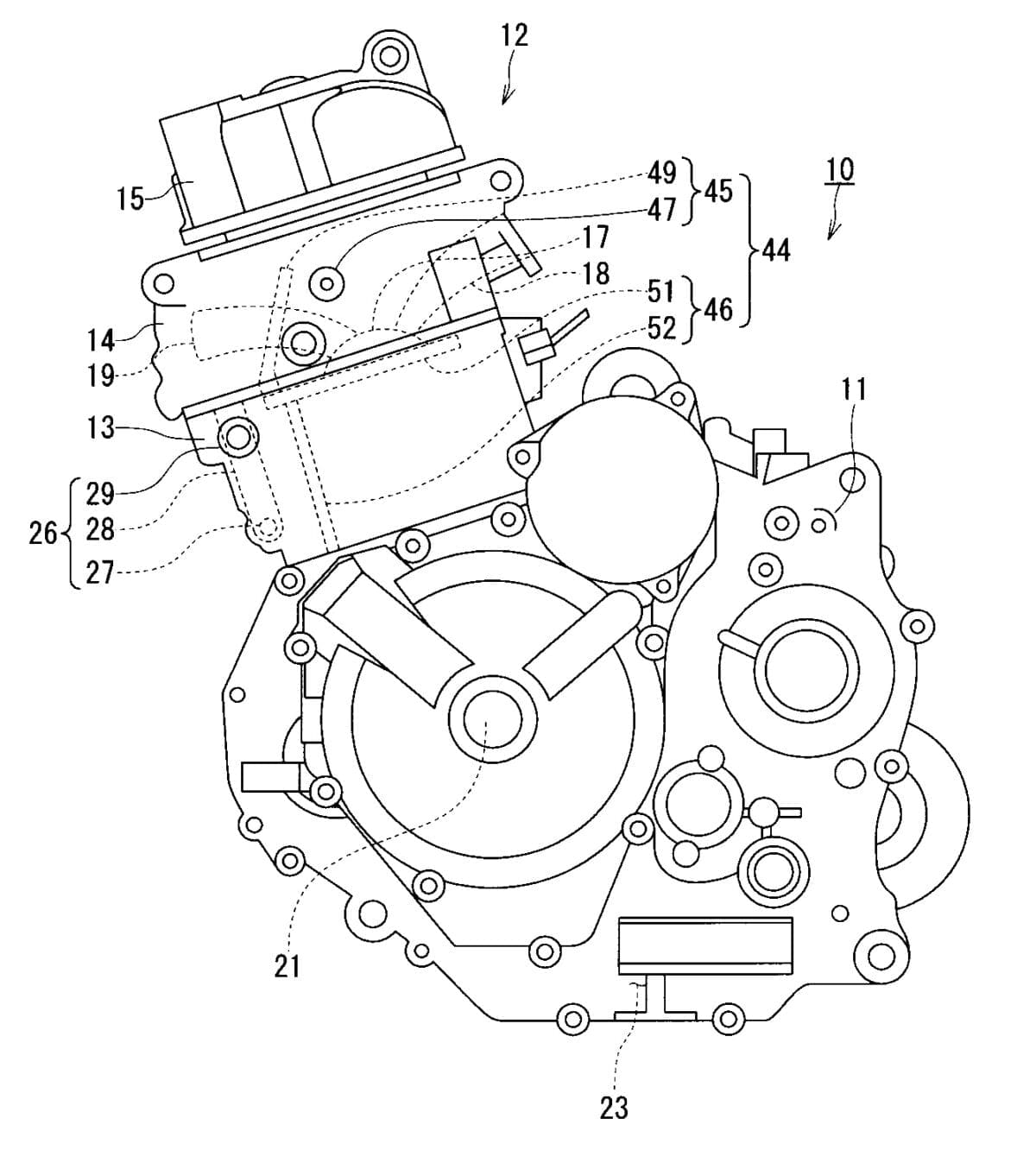 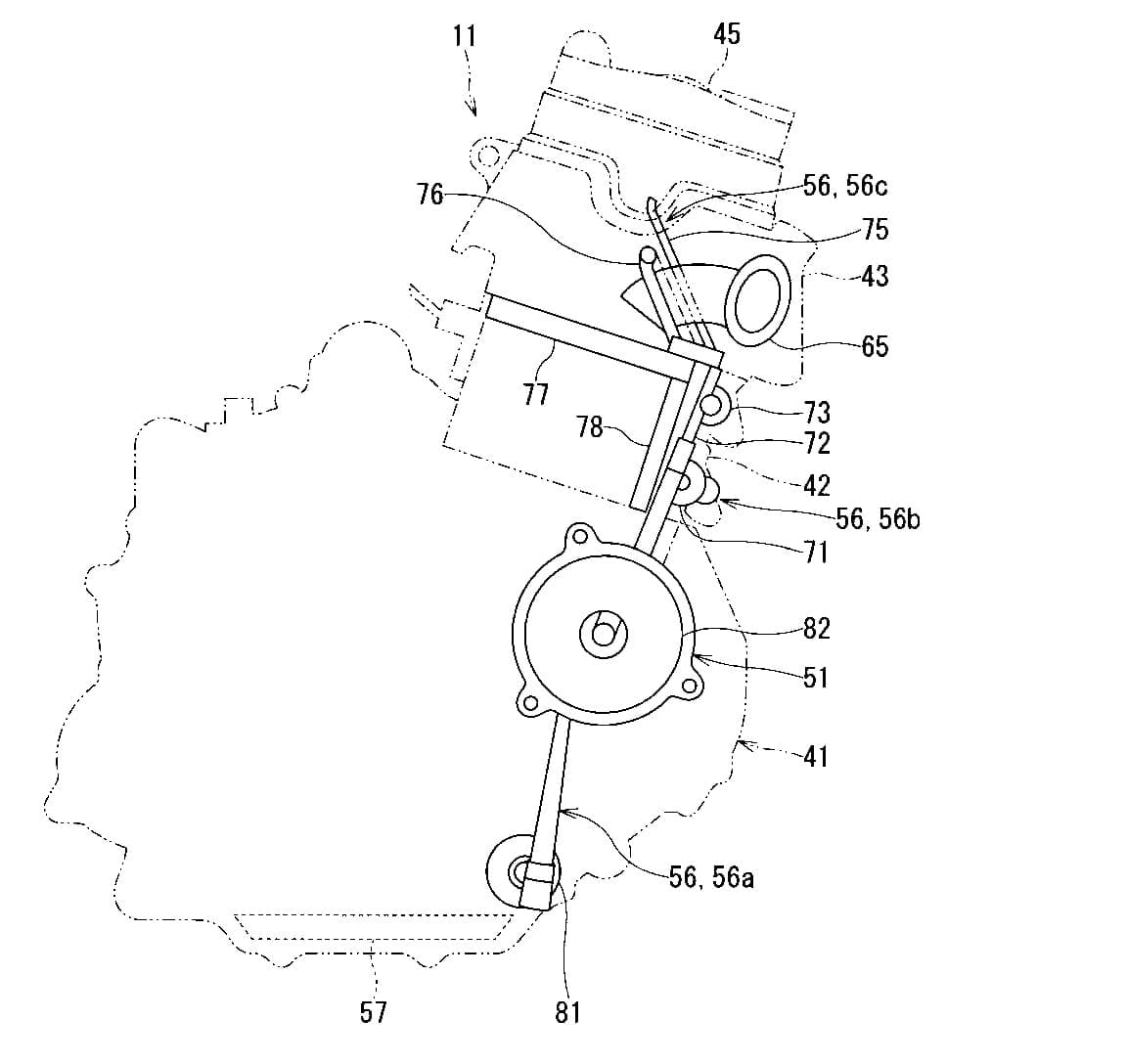 The puzzle is as to WHY Suzuki has patented this engine at all, given the troubles a 1985-inspired oil-cooled engine will have to pass strict Euro 4 and the coming-soon Euro 5 legislation. But patent it Suzuki has and at the moment they want to keep this patent very close to the chest. 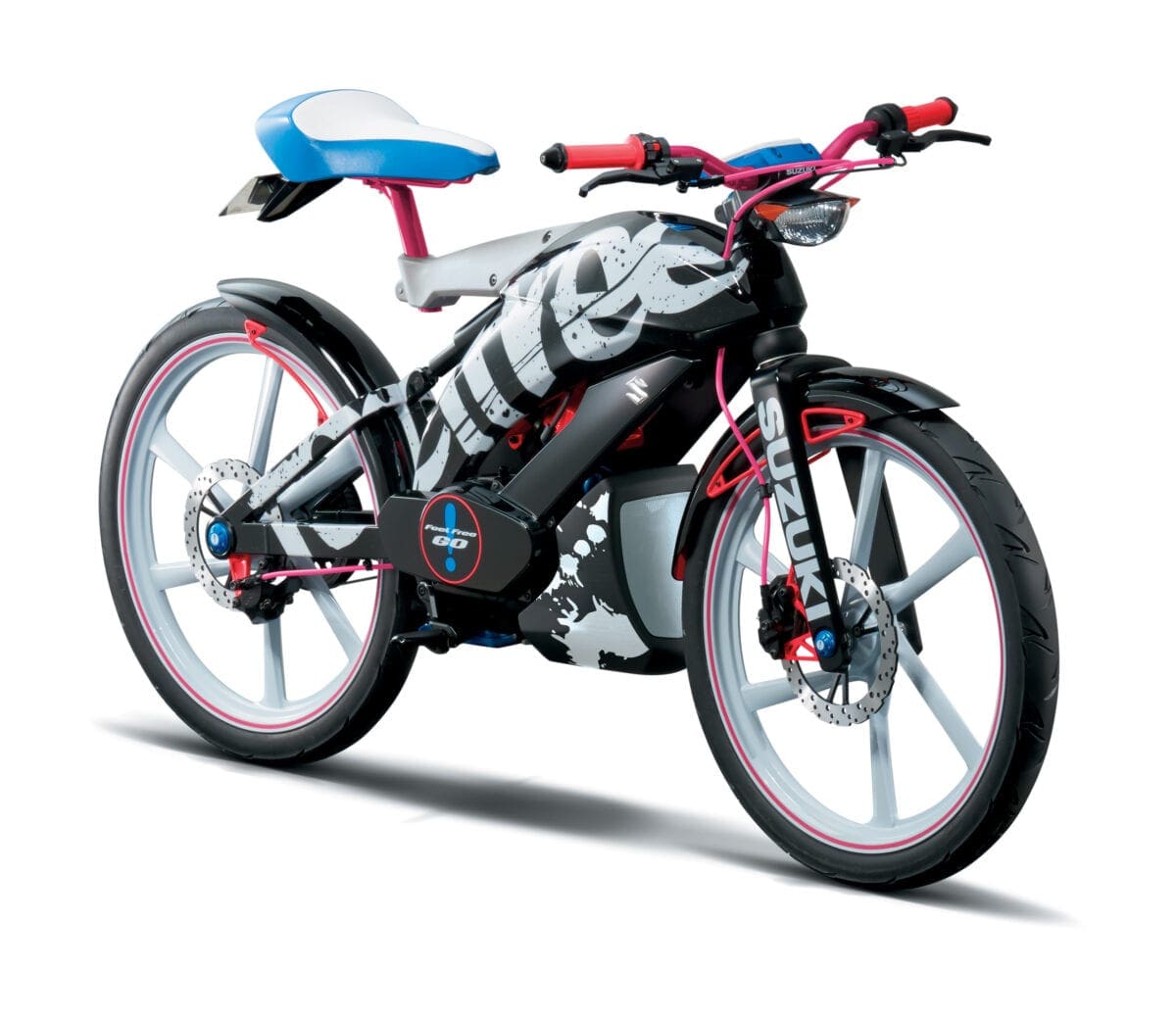 The patents that have been filed for the engine do have similarities to the small-capacity Feel-Free-Go! town bike that was shown as a concept at the 2015 Tokyo Motor Show (above) and on the patent also is a design for an Indian-market motorcycle that can clearly be seen as a finished bike, complete with a Saree guard cover the sides of the rear wheel (see the illustration, below). 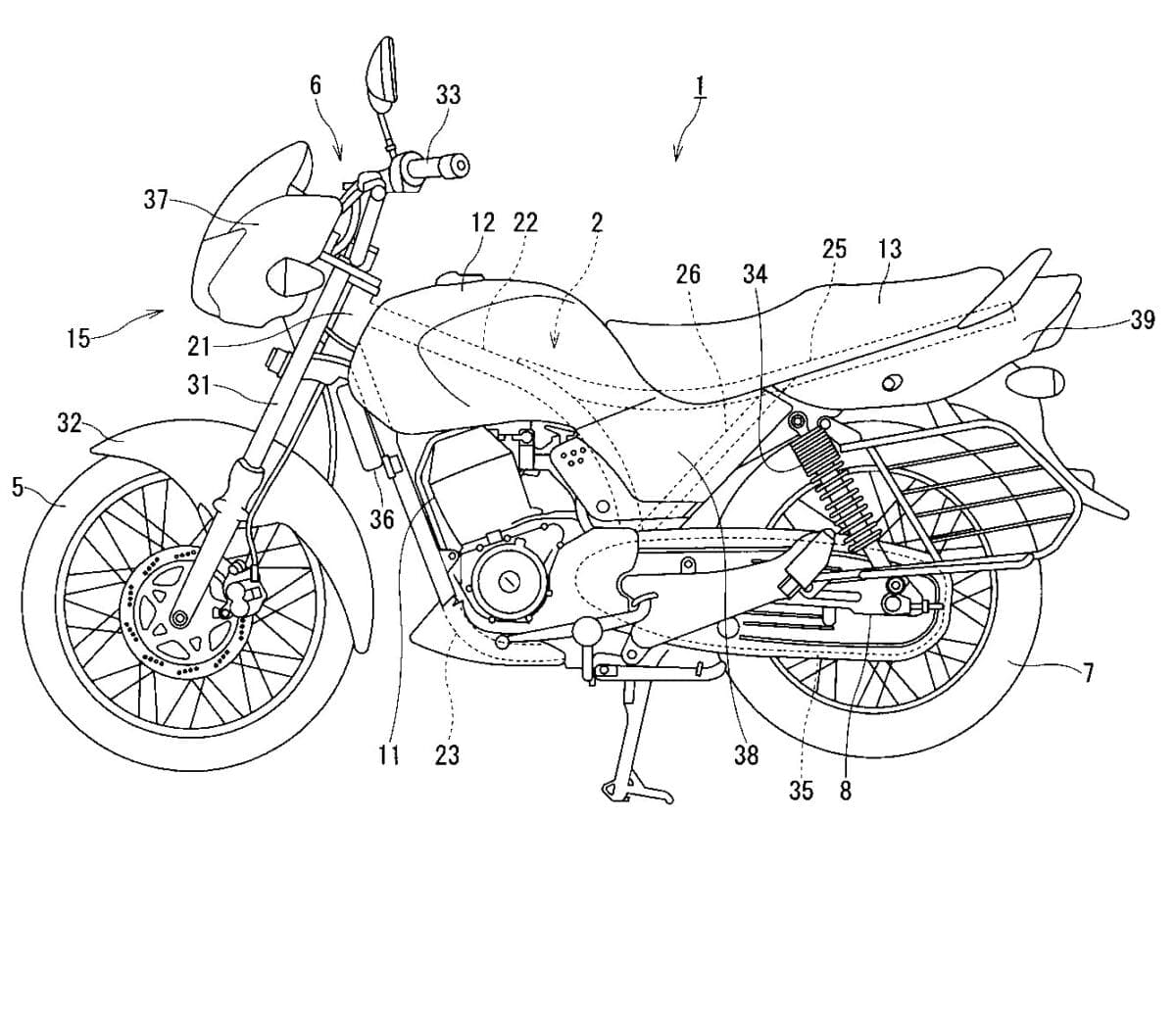 So what we know so far is that Suzuki HAS patented a NEW oil-cooled motor. That Suzuki IS continuing with the GSX-R750. That Suzuki WANTS to make a large (750-ish) capacity bike for markets like India based around the motor and Suzuki HAS already shown the tech in concept form to the public.

With the Suzuki GSX-R750 struggling to maintain its position in the range naturally, and the increase in modern-retro bikes that are now seeing a growth in sales again, it makes perfect sense for Suzuki to honour its pledge to the bike in this way.

Keep it in the range, somehow make the oil-cooling motor work for modern markets and style it like 2017 has had a motorcycle child with the best of 1985.

Sounds like an absolute winner to us. What do you reckon? Would you buy a Vision GSX-R750? We would. In a second.