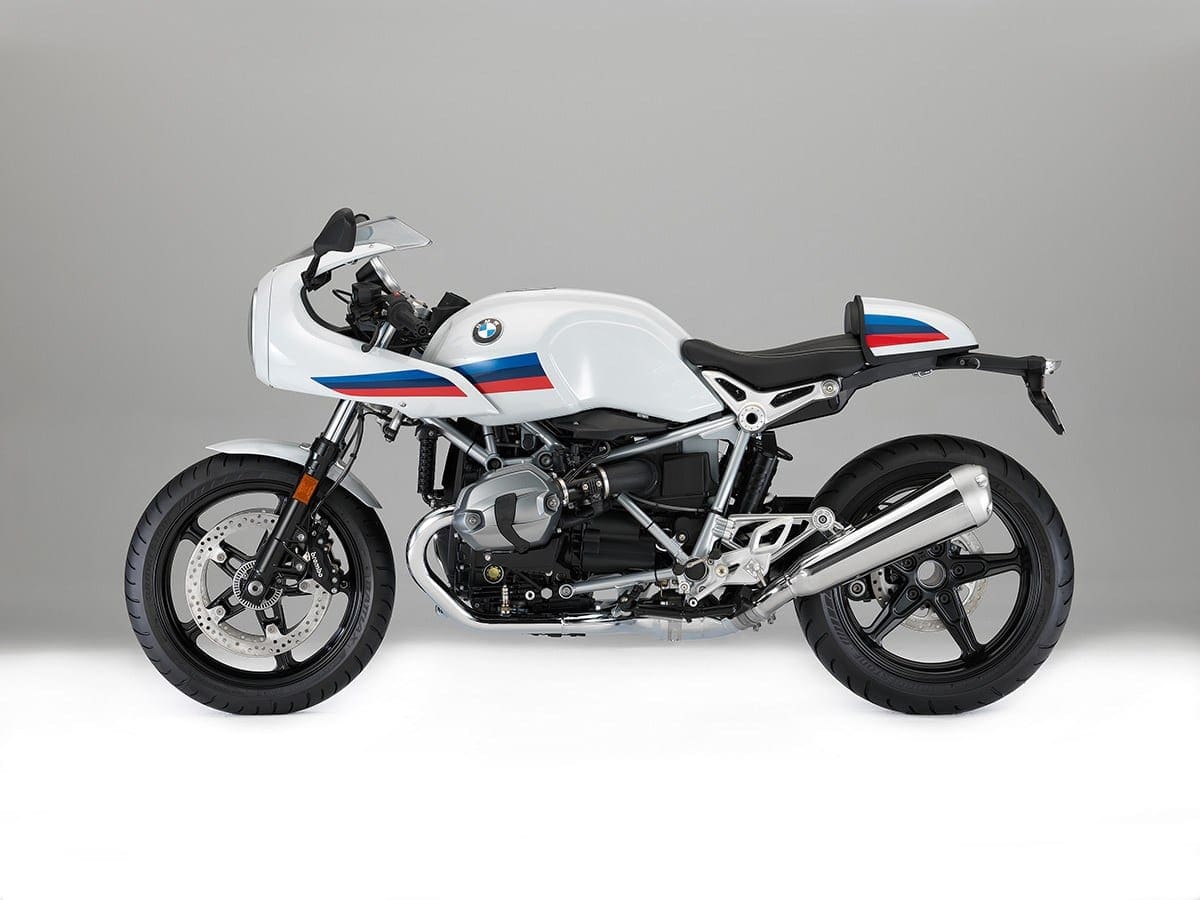 Here’s what BMW has just released about prices and dates for the R nine T Race (the white bike, above) and R nine T Pure (the green bike, below) – these are the factory’s words about the bikes and how much they’ll cost plus when you can see them in the flesh: 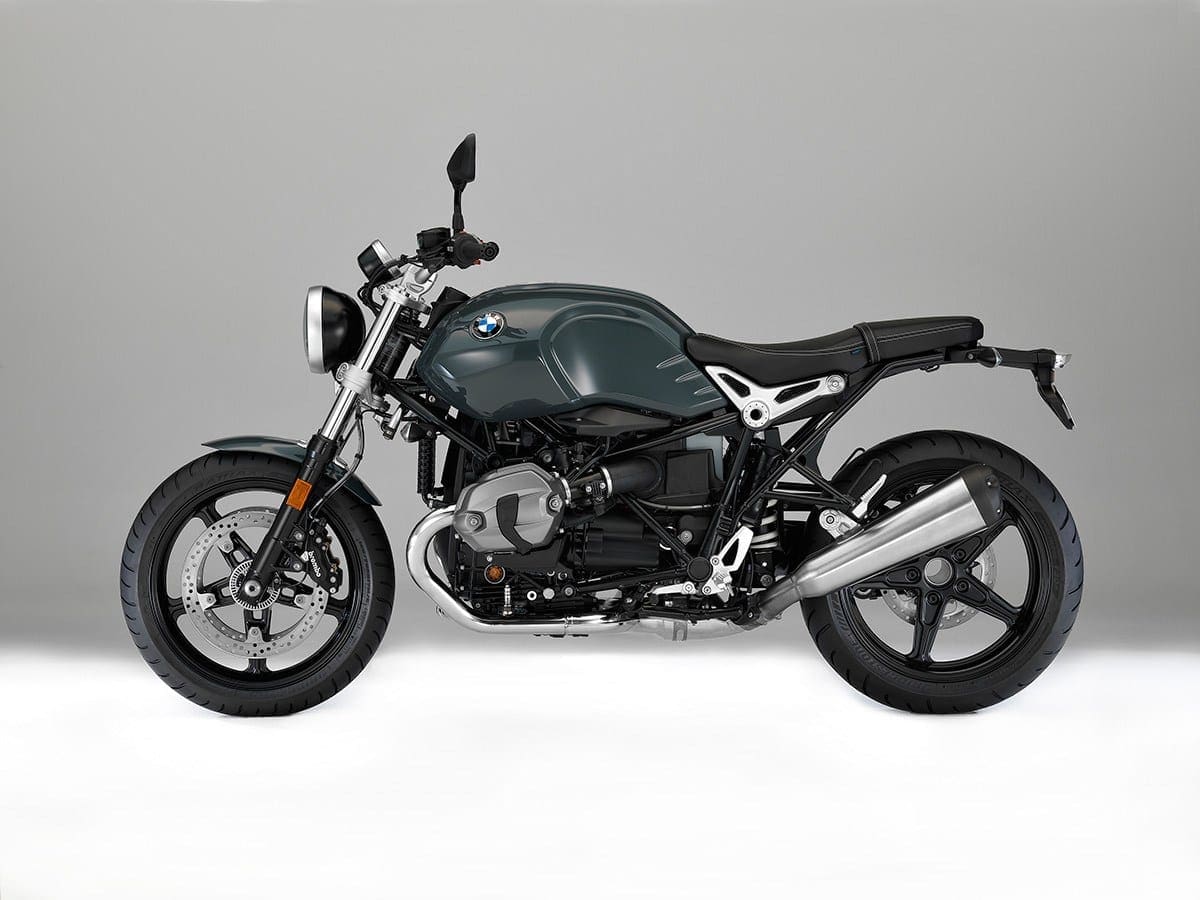 Both heritage models will be launched in March 2017.

The R nineT Pure embodies the essence of the purist, classic roadster – authentically designed, without frills and reduced to the absolute essentials. The design draws on a blend of both classic and modern stylistic elements of motorcycle construction combined with high-end details such as footrests and fork bridges in forged aluminium.

The fuel tank and front mudguard of the BMW R nineT Pure are finished in the colour Catalano Grey non-metallic. In combination with black for the suspension and drivetrain, this colour emphasises the purist character of the R nineT Pure as a roadster for dynamic, classic riding pleasure on country roads.

In Lightwhite non-metallic combined with decor that is reminiscent of past BMW Motorsport colours, the R nineT Racer is particularly light and athletic in appearance. The frame finished in Aluminium Silver prominently presents an architectural contrast with the black drivetrain, underscoring the standing of the R nineT Racer as an old-school sports motorcycle designed for dynamic riding fun on winding roads.

The highlights of the BMW R nineT Racer and R nineT Pure: