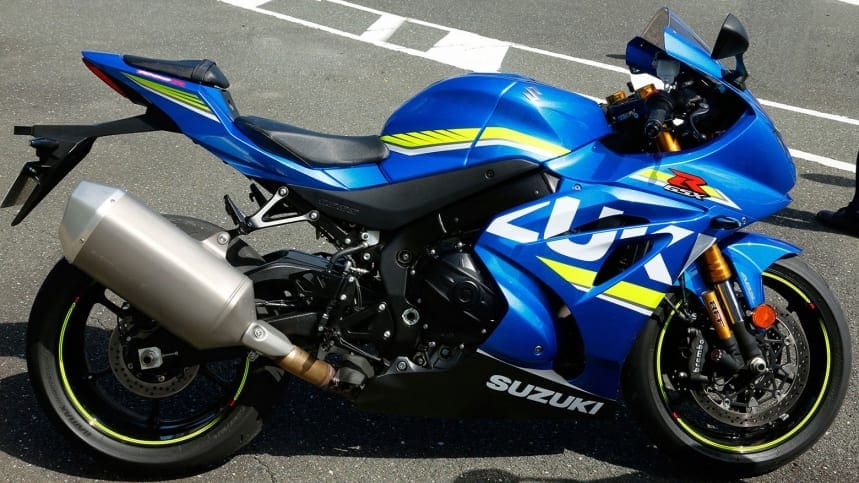 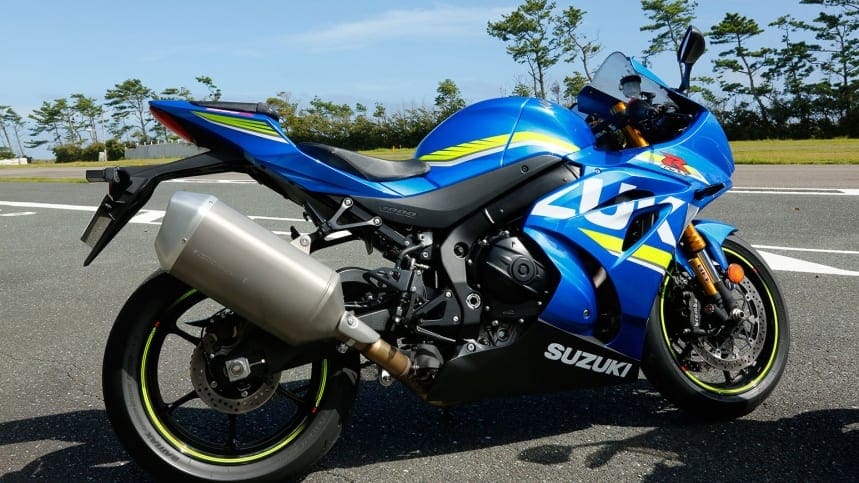 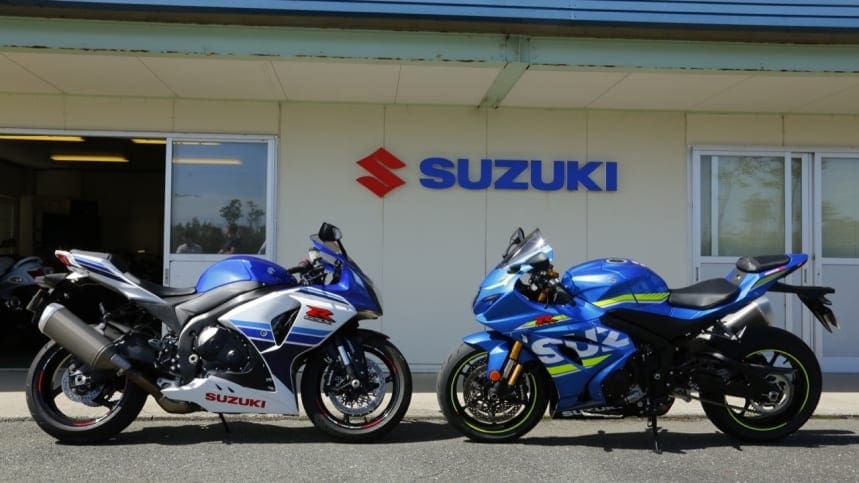 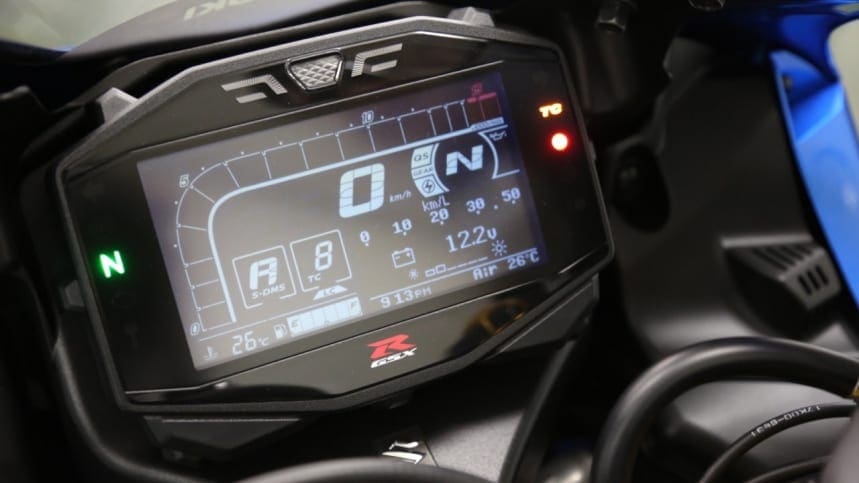 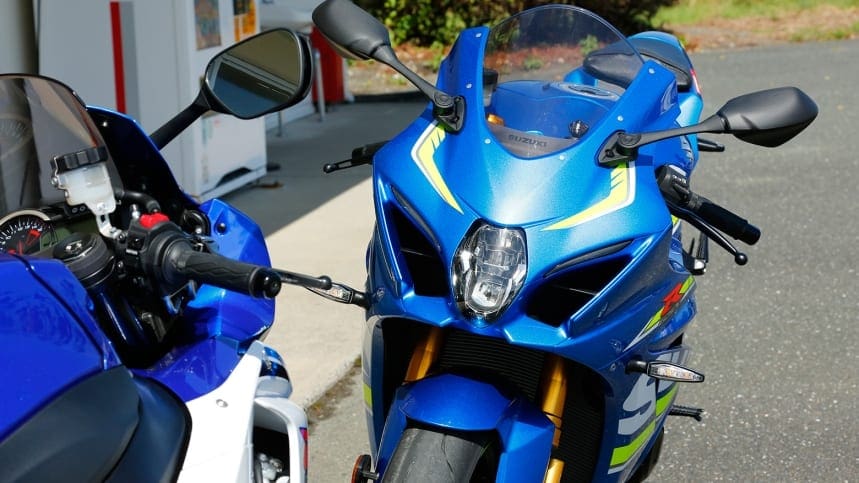 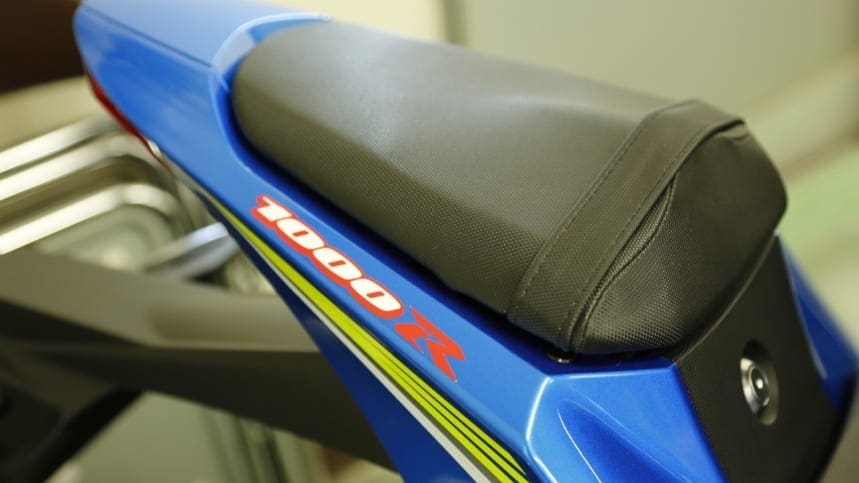 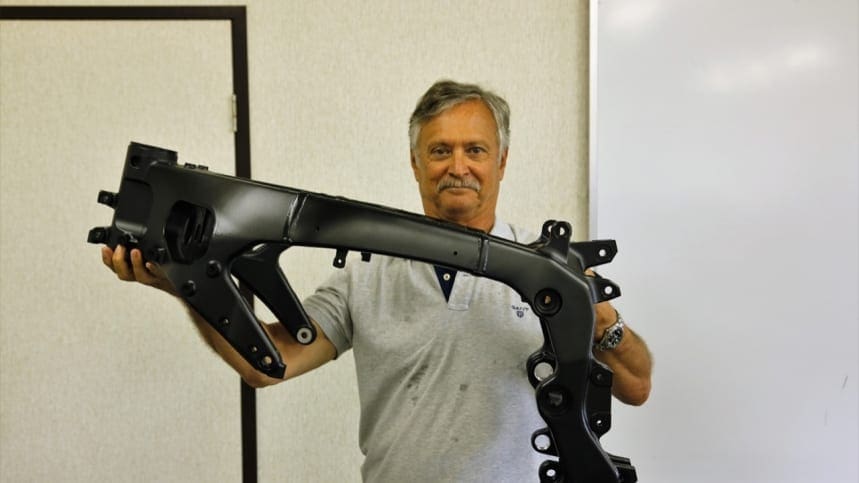 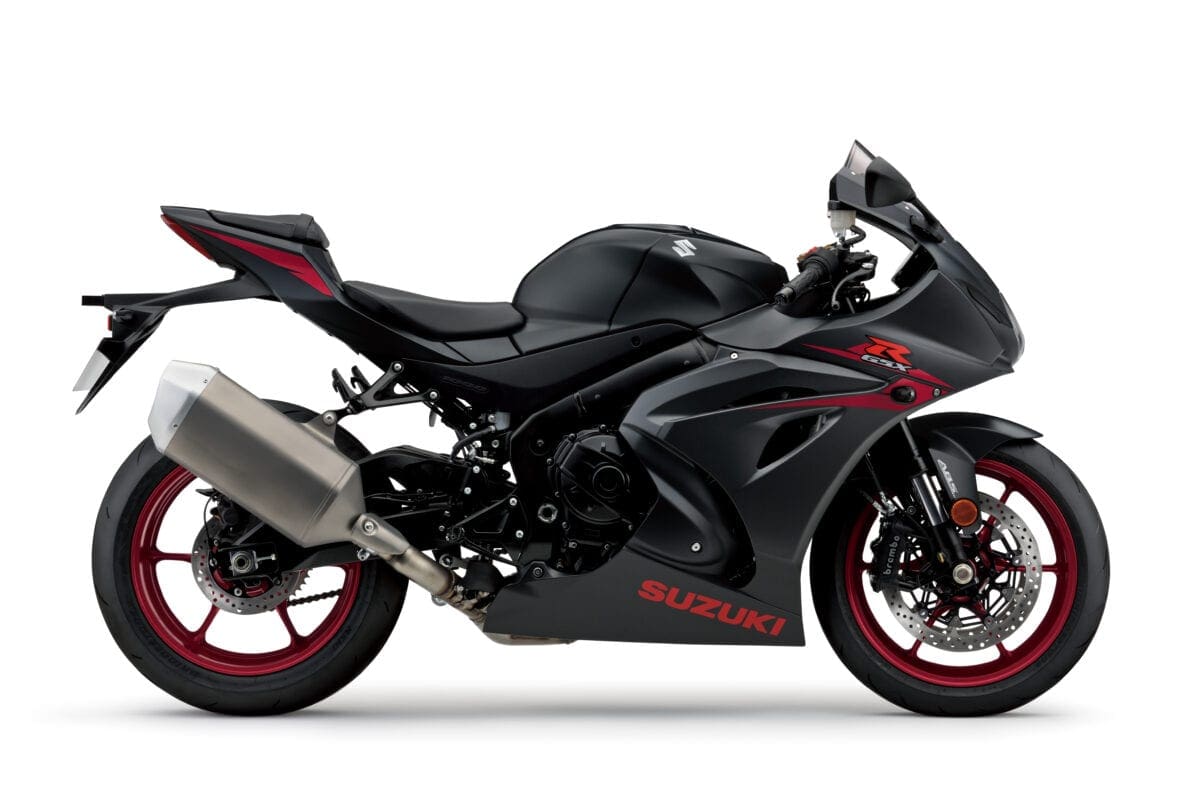 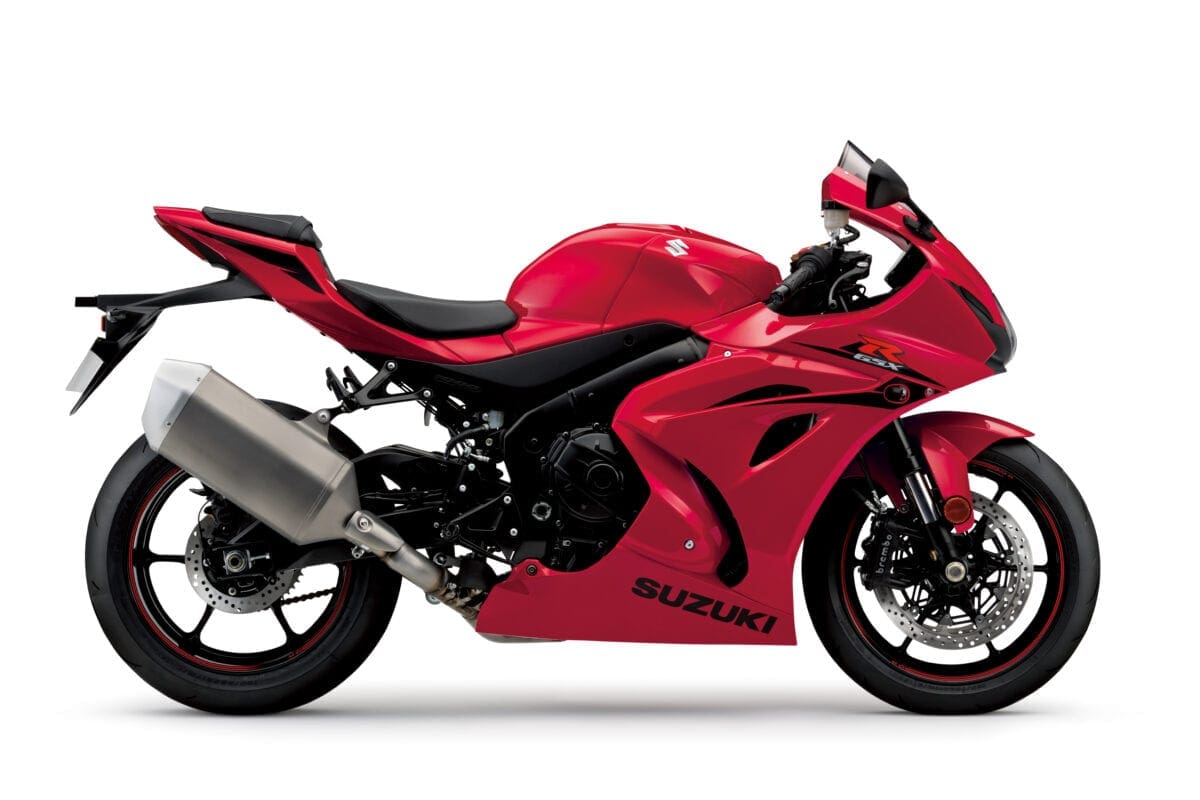 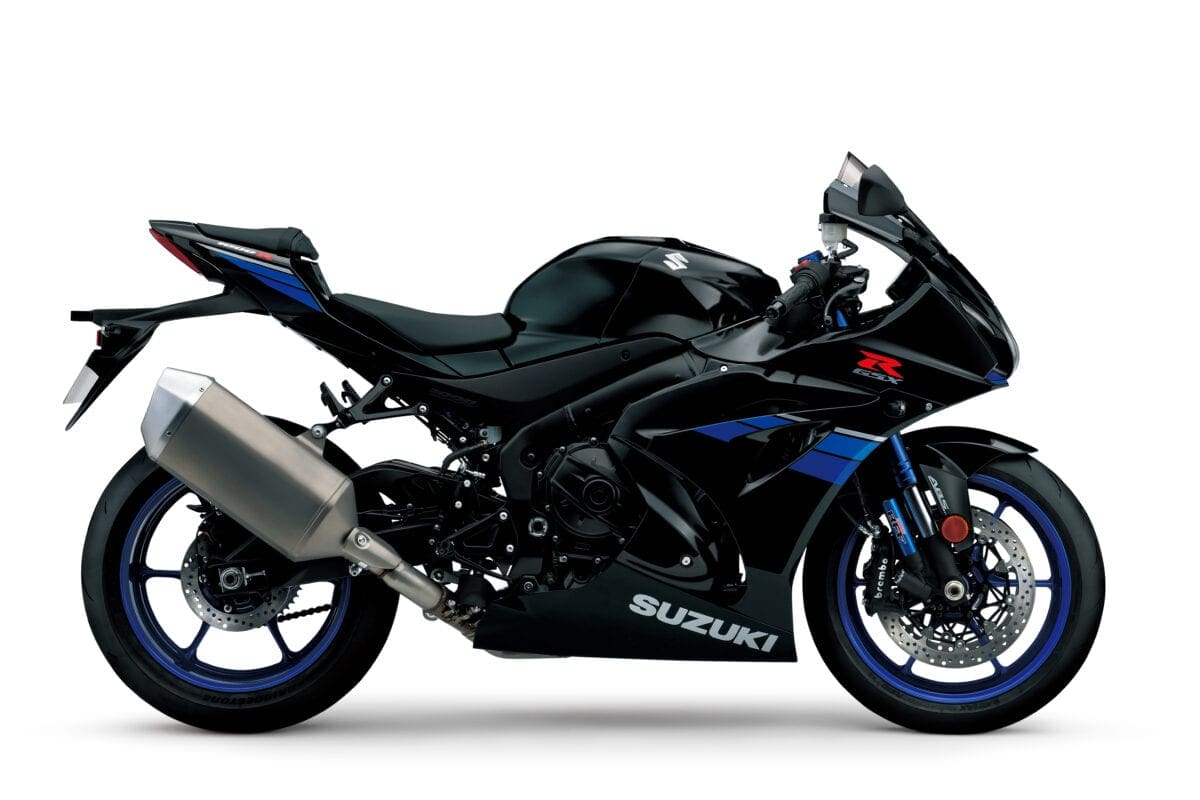 As we told you first, there will be two versions of the bike announced in a little over ten minutes time: the GSX-R1000 and GSXR1000R (the R gets the gas front forks – easy to spot).

The bikes get an IMU package which has been developed in part by MotoGP factory man Maverick Vinales. The IMU brain works across three axis monitoring Pitch, Roll and Yaw.

Main features of the GSX-R1000R