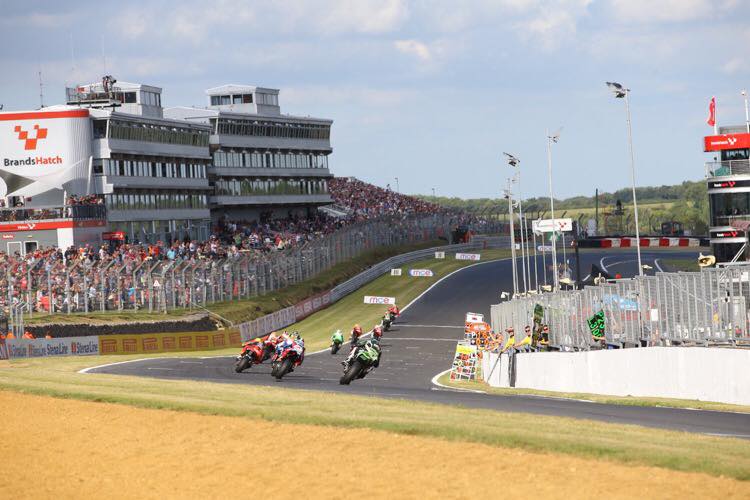 After 11 rounds and 23 races, the 2016 British Superbike Championship rolls into its final destination this weekend and with three more races on the schedule around the Brands Hatch GP circuit, it really is time for the Showdown.

Just 17 points separate current leader Shane Byrne (Be Wiser Ducati) and season long challenger Leon Haslam (JG Speefit Kawasaki) and with the two being head and shoulders above the chasing pack all year, the three races should see a direct shootout between the two.

Byrne has the slight cushion and knows that three second place finishes, should Haslam win all three races, will be enough for him to take an unprecedented fifth title. But it’s October and the final round and anything can happen so finishing second in each race isn’t a formality. The weather can be unpredictable and other riders will be desperate to perform in order to secure themselves a seat for 2017 so results may be harder to come by.

The 39-year old won’t be taking any chances and his best form of defence will be attack. Like Haslam, he’ll simply be going all out for the race wins and whilst, at the same time, he won’t be taking any unnecessary risks, expect him to be at the front.

Of course, starts have been the achilles heel for Byrne and Ducati and he’s had to work hard on more than one occasion to fight his way through the pack. But he’s done it on most occasions and that’s why Haslam is keen to bring other riders into play; if he can have someone finish in between himself and Byrne, the championship looks a whole different proposition.

As mentioned, it’s contract time and hardly any of the BSB field have announced their plans for 2017. With JG Speedfit Kawasaki rumoured to be pulling out, it’s inevitable that there are going to be major moves occurring – riders changing teams, teams changing manufacturer and new teams emerging. Every rider on the grid this weekend will be desperate to secure their future and that makes the three races even more exciting. We truly are set for a thrilling climax to the 2016 season.