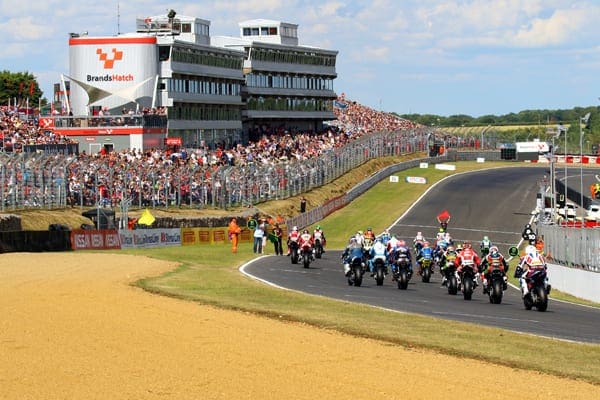 The curtain came down on the 2016 British Superbike Championship at Brands Hatch at the weekend and whilst it wasn’t quite the cliffhanger we’d hoped for, it was certainly dramatic!

As perhaps we could have expected, the British weather played its part with only one of the three races going the full 20-lap race distance and it was a relatively low key sixth place finish that saw Shane Byrne clinch the title, his fifth in total, in the second race. The most successful rider in BSB history was almost embarrassed to have achieved his aim with such a finish but he did exactly what he needed to do, shadowing main rival Leon Haslam across the line.

The Be Wiser Ducati rider eventually took the Championship by 29 points, Haslam’s crashes in the Showdown at Donington Park and in the first race at Brands proving to be his undoing. He made mistakes at the worst possible time and perhaps even more galling for the Derbyshire rider is that if the Championship was decided by the traditional points scoring method, he’d have come out on top by four points.

The Showdown is what it is though and is certainly here to stay. There’ll always be winners and losers which is ultimately its appeal and with exactly the kind of drama the series organisers want.

With rain, crashes and oil spillages affecting all three races, it was certainly a testing weekend for the riders and, of course, track officials, and the last race of the 2016 season was only just completed before darkness descended on the Kent venue. If truth be told, neither Byrne nor Haslam looked like winning any of the races over the course of the weekend but having worked so hard to become title contenders, they can certainly be forgiven for their somewhat tentative approaches during the races.

The war was there to be won, not the battle, and whilst Peter Hickman and James Ellison took the race victories, the former winning the BSB Rider’s Cup, it was Byrne who got to bask in the biggest accolade of all – 2016 BSB Champion.

A number of changes are now expected over the winter months with a number of rider and team shake-ups but what looks almost certain is that Byrne and Haslam will be continuing with Ducati and Kawasaki respectively which means we can all look forward to a repeat performance in 2017.