Kawasaki’s insider plans for a self-adjusting seat registered for the next wave of fast bikes. 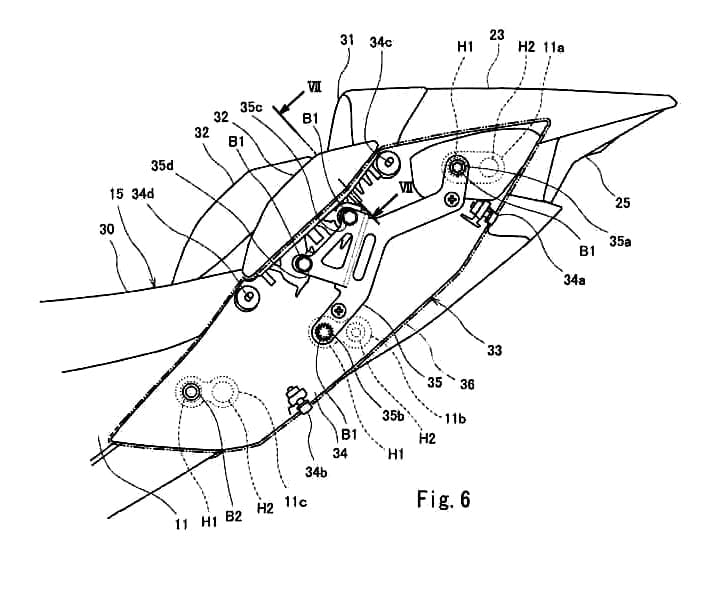 These designs from inside Kawasaki’s offices shows the tech fitted to an H2 hyperbike but the description of the idea that accompanies the drawings says that this idea can easily be applied to more motorcycles in the range.

In short, the idea is that at a pre-determined speed (or rate of acceleration) the rear part of the rider’s seat, the bum stop, moves out from the bodywork to effectively wedge the rider against the back of the petrol tank. 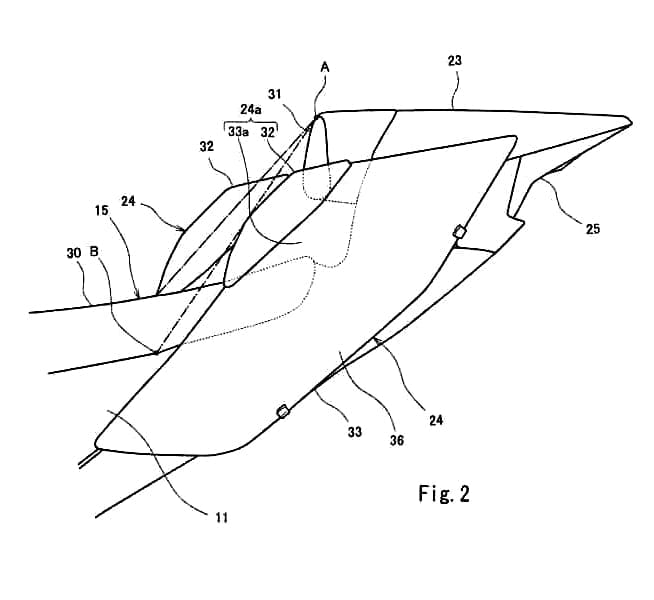 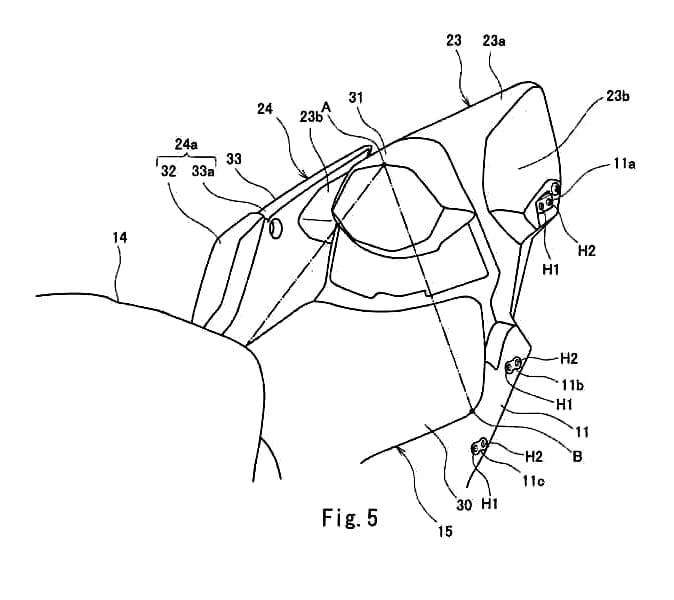 The bum stop is mounted onto a back plate which is moved on two arms, powered by a small electric motor mounted into the bike’s subframe.

There’s no mention of on which motorcycle we will see this first – and given that we’ve already seen a big improvement over the front ‘wings’ on the H2 ahead of a rumoured power hike for 2017 on the big bike – but as this design is being registered on an H2 then it makes sense for Kawasaki to turn out the auto-moving seat tech on that bike first. 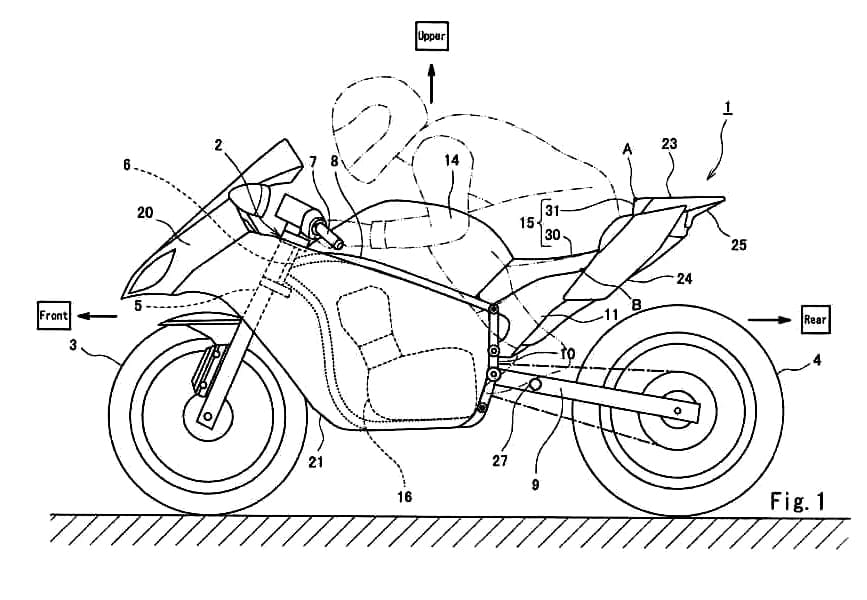