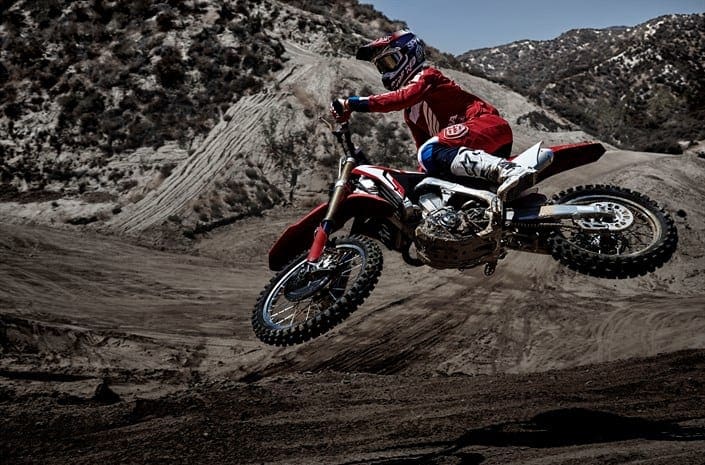 Honda revealed its 2017 CRF450R and CRF450RX, for the first time in the UK, at the International Dirt Bike Show yesterday and, on the day of the unveiling, confirmed pricing for the eagerly-anticipated new competition models.

Completely redesigned, both CRF450 variants gain an HRC-inspired engine, which delivers an 11% boost in top-end power and an increase in torque across the rev range. A new frame, with lower centre of gravity and revised geometry provides outstanding rear wheel traction and even more agile handling. Notably, new for 2017, both models are offered with electric start, as standard.

In standard trim, the CRF450R comes with a titanium fuel tank, aerodynamically-efficient plastics and race-kit specification, 49mm Showa steel spring front fork. The power boost is provided by a revised cylinder head with greater valve lift, higher compression ratio and new intake, giving a straighter pathway into the inlet ports, all combining to give a 5% improvement in acceleration out of the gate. 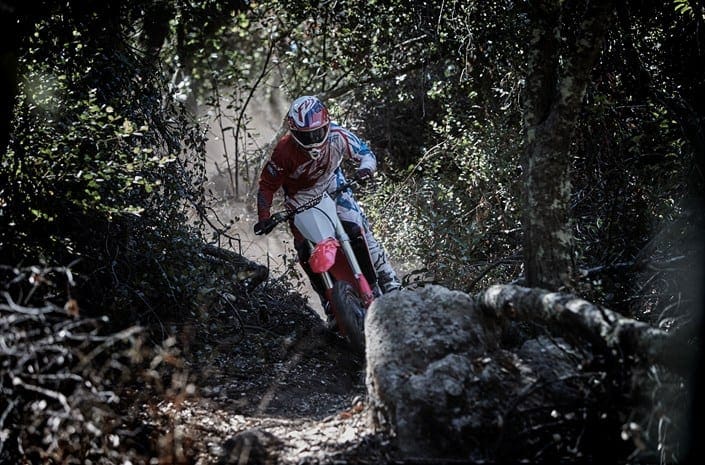 The entire Honda off-road range is on show at the Dirt Bike Show, with the 2017 CRF250R pricing also announced as remaining at £6,699. 2017’s Honda Buildbase Special CRF250R is priced at £7,899 and comes with the same enhancements as its CRF450R stablemate, aside from the addition of an Akrapovic exhaust system, rather than the Yoshimura system.

Visitors to the Honda stand, A08, during the course of the show can enter to win a new 2017 CRF450R, by entering the Spot the Blatant Blunder competition.