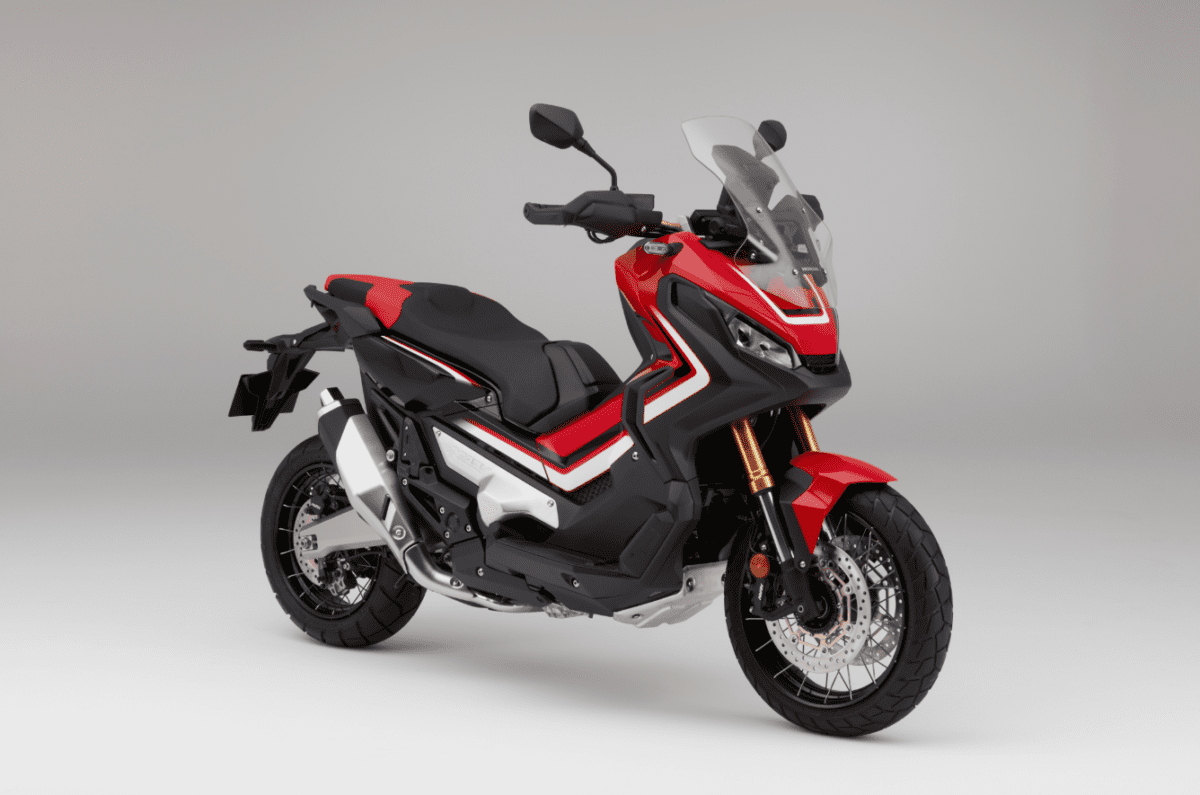 It’s called the GTR Adventure. Originally first shown as a concept special made by Indian-based PTR Honda, the bike is based around a Supra GTR which is a scooter made for emerging markets but has some pretty decent performance.

Engine-wise the machine gets the same motor that you’d find in the CBR150R. The 149cc lump puts out 16bhp and is wrapped in a steel frame. Suspension front and back is jacked up to give 130mm of travel, the adventure-type styling, handguards and soft luggage all point to the more off-road type of riding – although to be fair, it’s never going to do much on the dirt with the front mudguard like that (you could just take it off…). 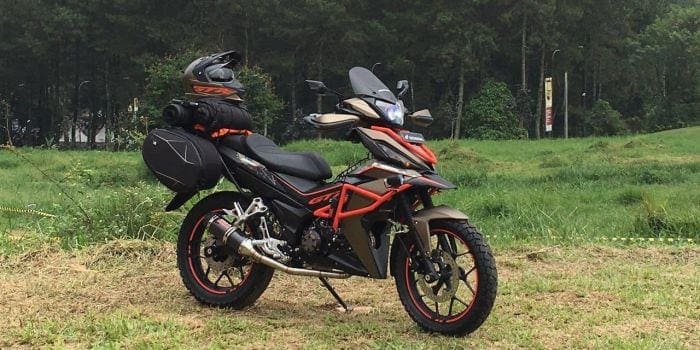 But, and here’s the point, the bike which made it’s first public foray a few months ago, has just been shown on the Honda stand at the Indonesian motorcycle show. It’s common for Honda to punt out a few specials (and we’ve seen a few over the past couple of Indonesian shows) but for a single special like this to be a major part of the Honda stand is seen as significant in the asian market.

What do you reckon to this bike? Would you have a 16bhp step-thru Adventure bike with a rorty exhaust and tall riding position? The conventional gear change from the CBR is going to win a lot of love with the type of rider who might just be swayed into trying out something like this – and although we don’t have a wet weight figure for this bike we think that it’s got to be lighter than the encased X-ADV street scooter.