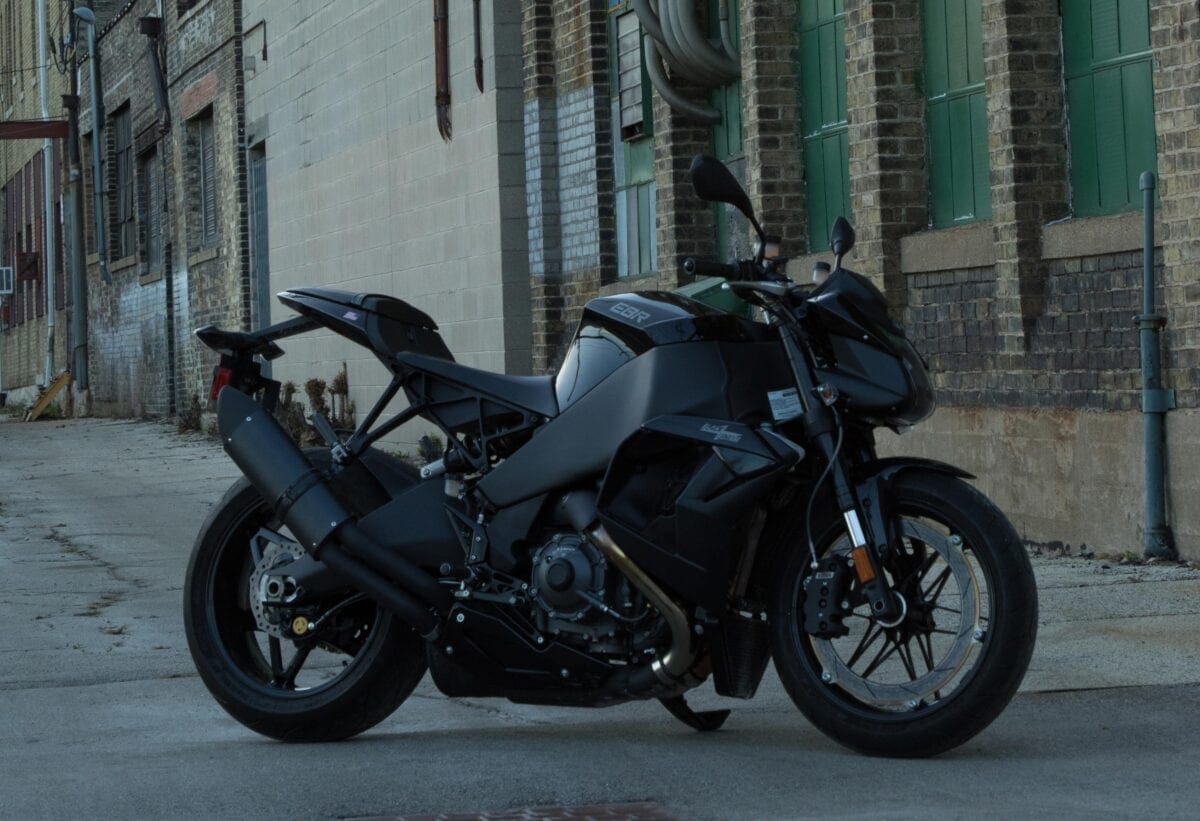 When Erik Buell Racing (EBR) announced a couple of months ago that his company would be launching a new Black Lightning there was much wringing of hands and awaiting of something a bit ground breaking from the innovative bike builder.

The reality of the situation (now we’ve seen what’s appeared, pictured above) has been less well received by EBR’s home USA market than he might have hoped for – largely because it’s a revised, lowered 1190SX (pictured below) rather than anything ‘new’. 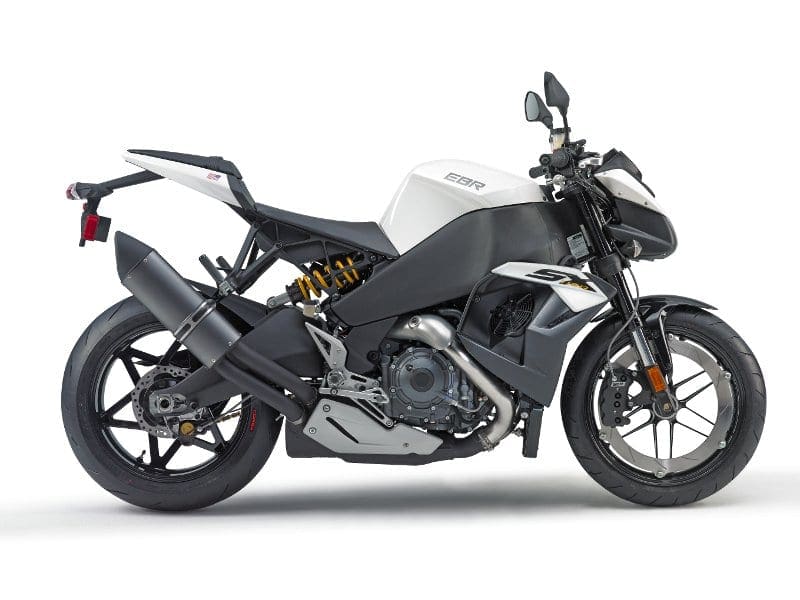 The Black Lightning is going to be officially unveiled on November 18 at the Long Beach International Motorcycle Show in California. Billed by EBR as ‘quick, dark and low’ in the pre-launch hype the machine is the bike is the first of a promised line-up of new models from the American firm for 2018. That line-up will include the EBR 1190AX Adventure bike as well as models specifically made to come in under $10,000 (£8,000).

The Black Lightning is, effectively a lowered 1190SX that uses the company’s 185bhp, 101.6lbft of torque, 1190cc V-twin with revised gearing for more low-down ooomf and lower footrests, higher bars and an optional comfort seat. No price has yet been announced for the bike, it’s likely to be revealed at the show on Friday.

“When you combine the upright seating with intense acceleration, you have the ultimate all around superbike. It has striking looks and performance for urban riders, and yet it is comfortable for a long day of riding or sport touring,” said Erik Buell.