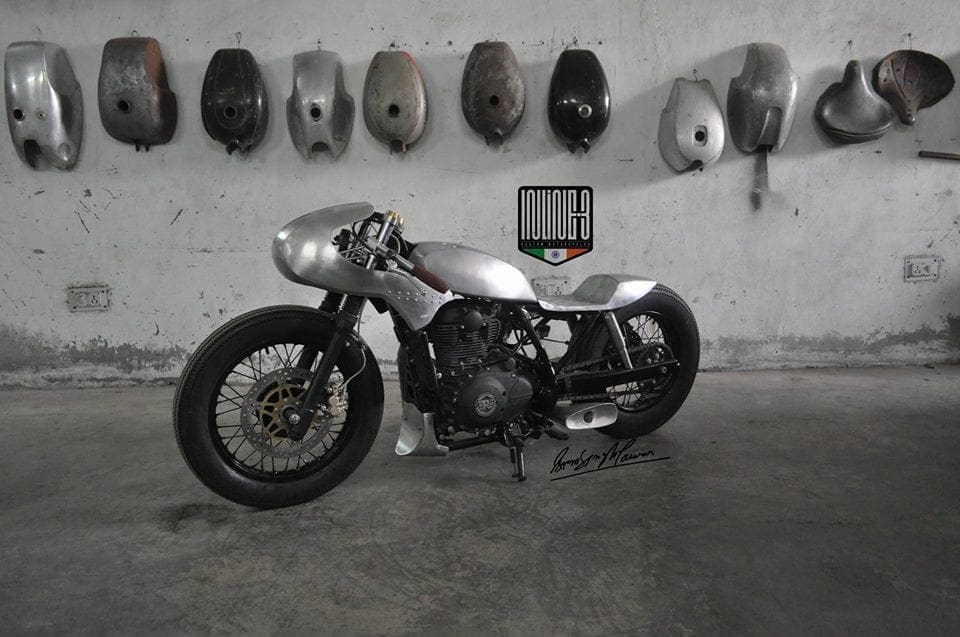 So this is what you can do with the new Enfield Himalayan – yep, this is a very, very-tweaked motorcycle made from the Adventure style lump that’s coming to Europe. It’s the world’s first customised RE Himalayan. 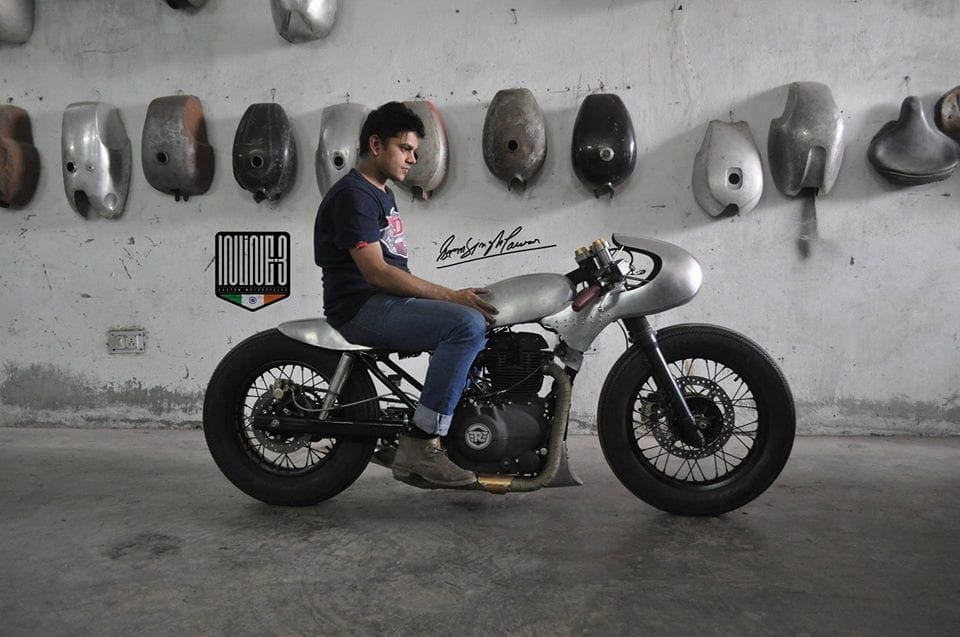 This bike is the idea of South Delhi Motorcycles from Telengana in India and features the Enfield Himalayan frame and chassis parts but has a 43bhp KTM 390 motor fitted as the lump to power the thing. 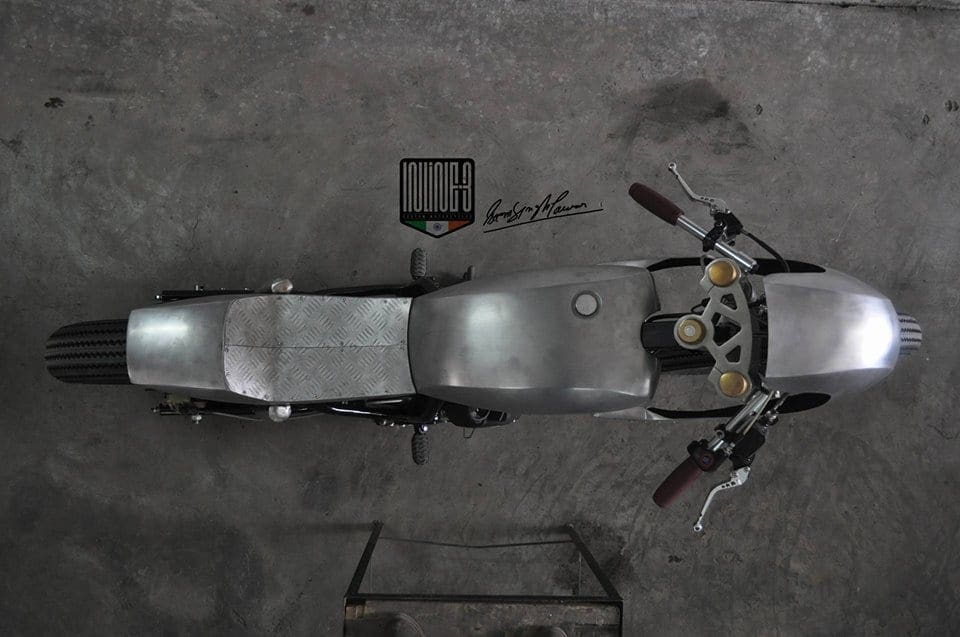 The bike has been made by custom shop Inline 3 Custom Motorcycles and is the company’s fifth custom bike. Inline 3 say that it wanted to create something along the lines of a classic American salt racer and stripped away the top of the bike, hand-made the metal bodywork and lowered the whole bike overall.

Overall the bike weighs 20kg less than standard (even with the dummy twin rear shocks and metal bodywork). 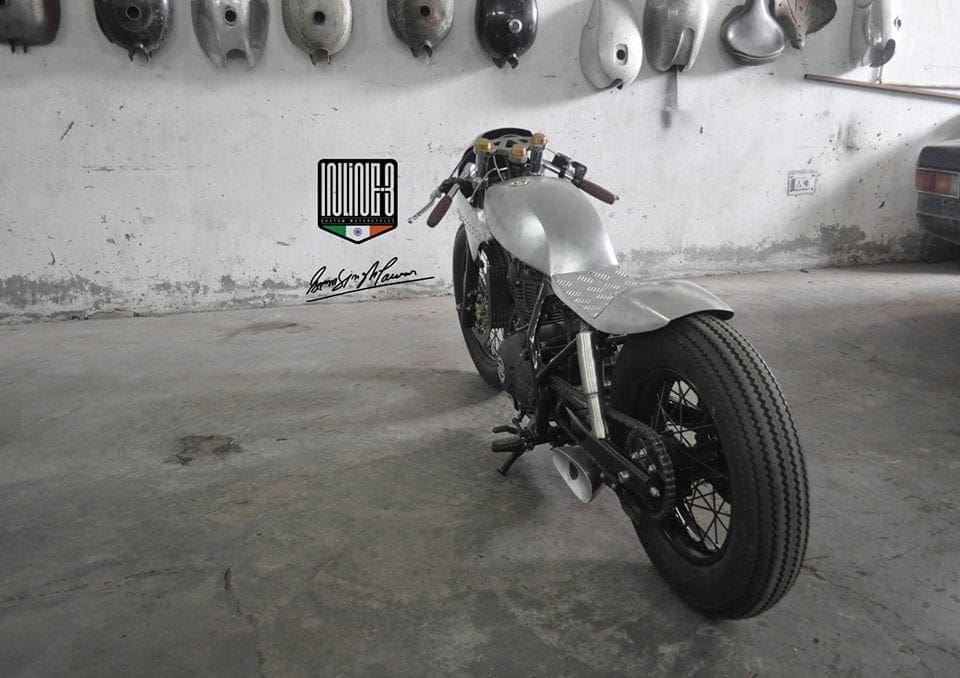