Motorcycle Live! See this £39,995 Tron-inspired light cycle in the flesh! 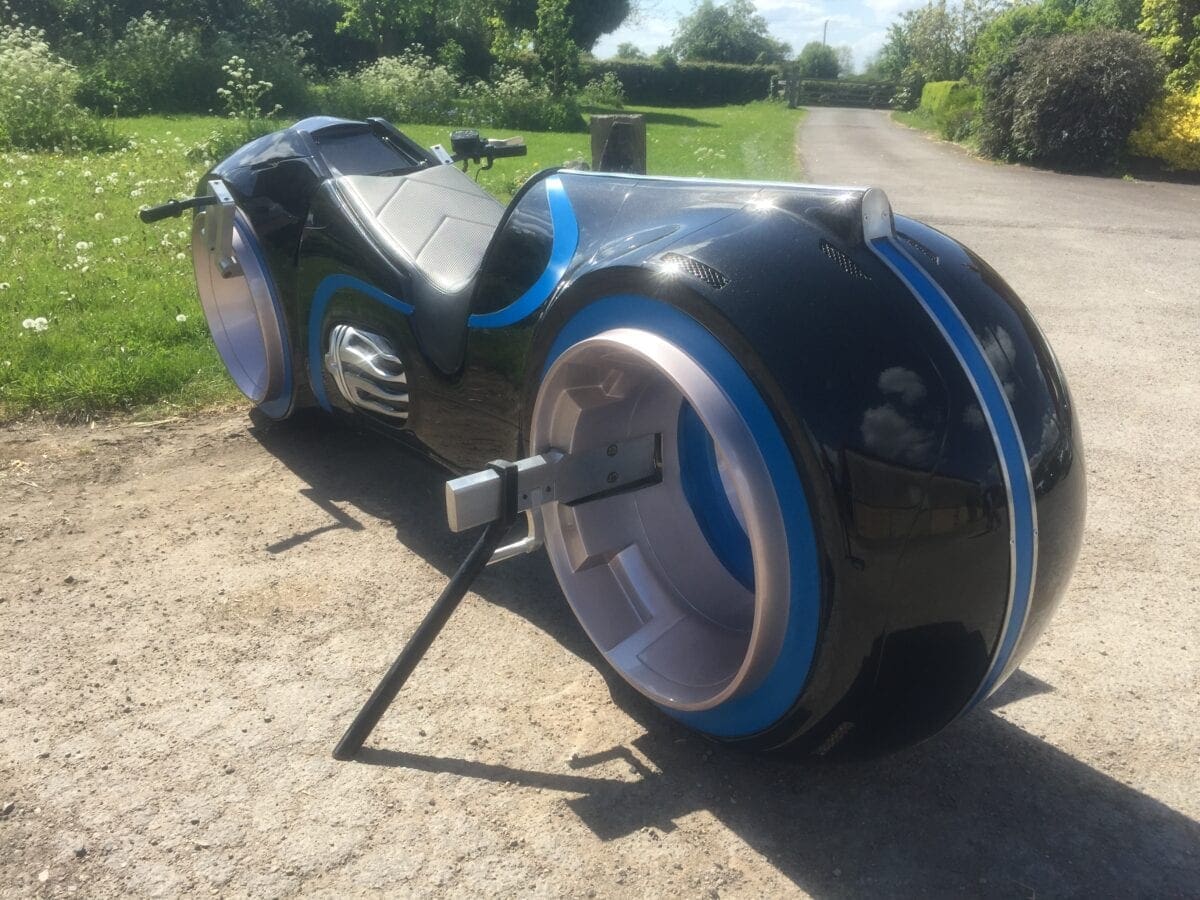 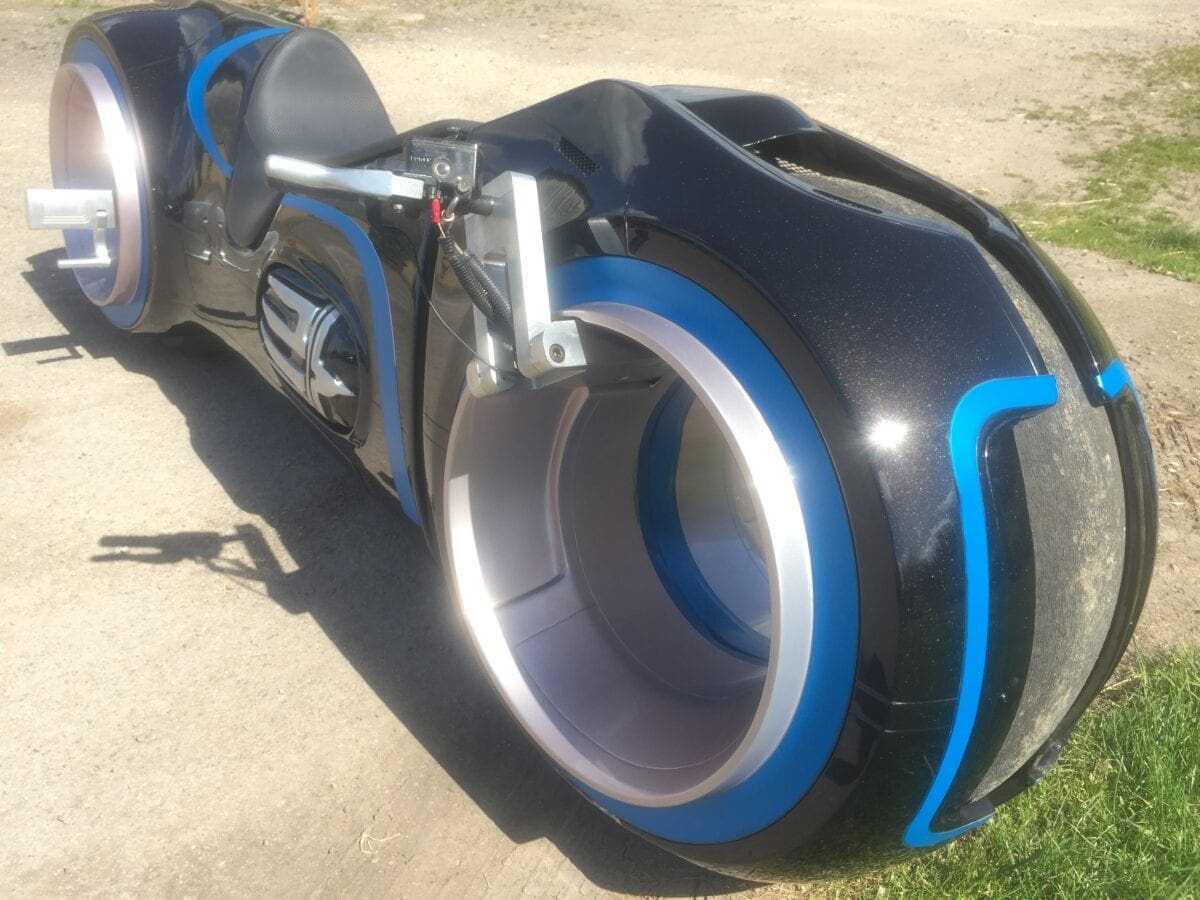 A carbon fibre Light Cycle inspired by the two-wheeled star of sci-fi movie smash Tron: Legacy is set to land at Motorcycle Live! next week.

The extraordinary bike was created by US customisers the Parker Brothers and imported by W S pecialist Cars (WSC). The Cheltenham based firm then stripped it down and treated it to a stunning paint job, a gorgeous pearlescent black treatment which sets off the LED light strips that hug the bike’s curvaceous chassis and monster 32” hubless wheels. 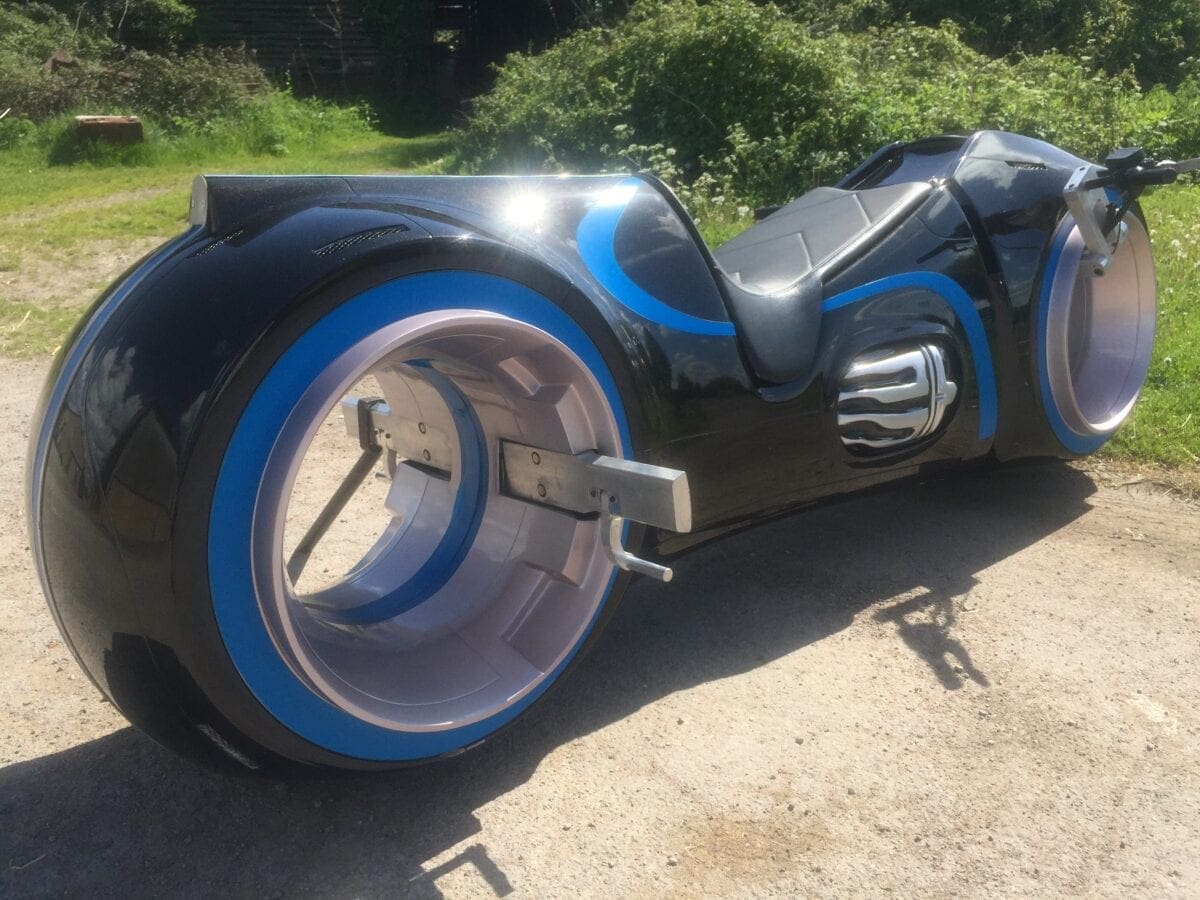 Being brought to the NEC courtesy of specialist insurance broker, Principal Insurance, the all-electric bike is powered by 40,000 watt direct drive motor powered by lithium-ion batteries. On a three-and-a-half hour charge that’ll give a range of around 30 miles according to WSC boss Richard Teakle.

Whilst blown away by the bike’s aesthetics, Teakle is the first to admit it’s not the most practical of machines.

“Under a certain light the paintwork is just absolutely beautiful,” he says, adding with a chuckle: “It is rideable but the riding position is outrageous and the maximum speed is about 35mph.”

The throttle is, naturally enough, computer controlled and the front and rear brakes hydraulic. Spring loaded front and rigid rear suspensions offer a small concession to comfort and handling, but do not make for much agility.

Perhaps surprisingly, the Light Cycle is close to being street legal, Teakle reckoning that: “Some lights at the front, indicators and very cosmetic things,” should do the trick. 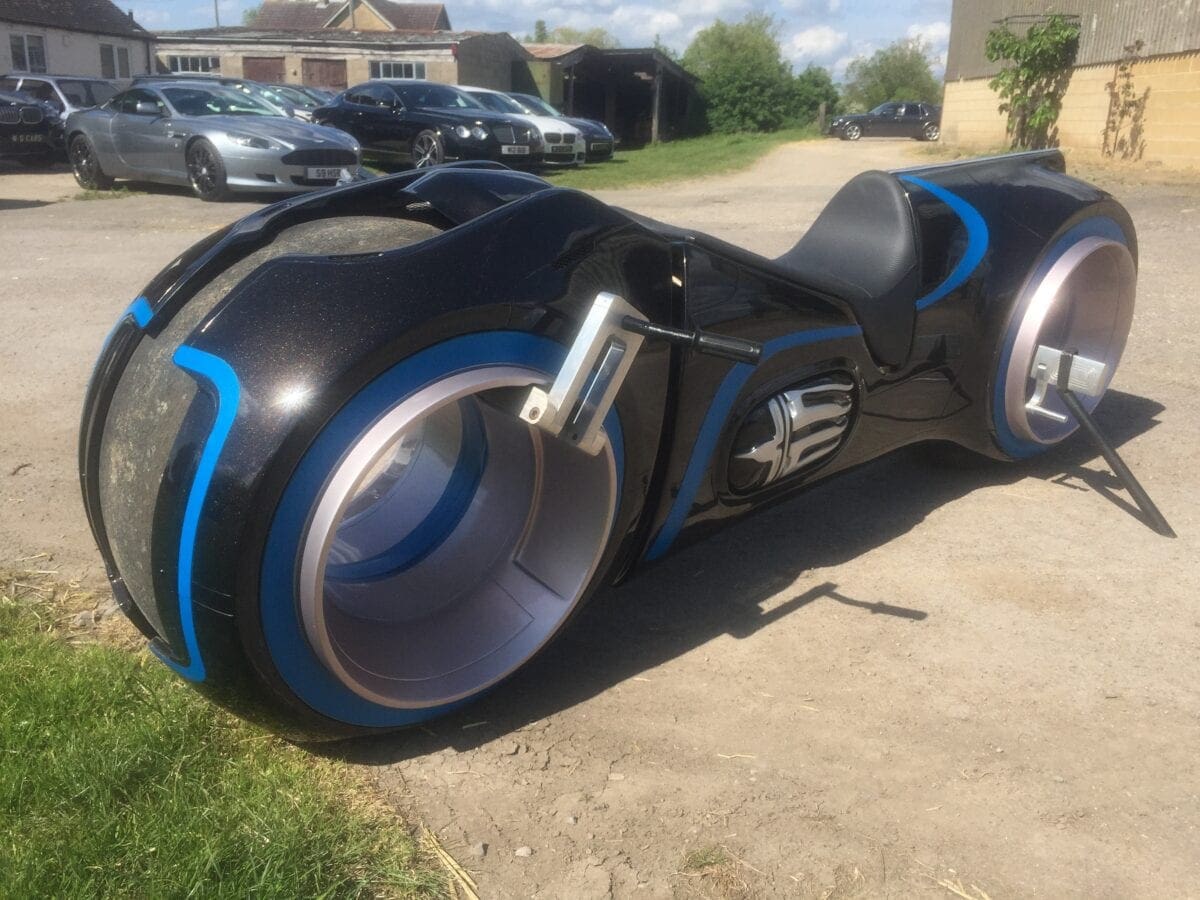 The Light Cycle is currently on the market for a cool £39,995 and apparently attracting the interest of a wad-waving enthusiast in Dubai, possibly the only place on Earth where its looks might get eclipsed on the road.

The space-age machine will be joined on the Principal stand by a somewhat faster and more practical Brough, a one-off ridden to Bonneville land-speed glory by veteran speed freak Eric Patterson (pictured below on the bike). 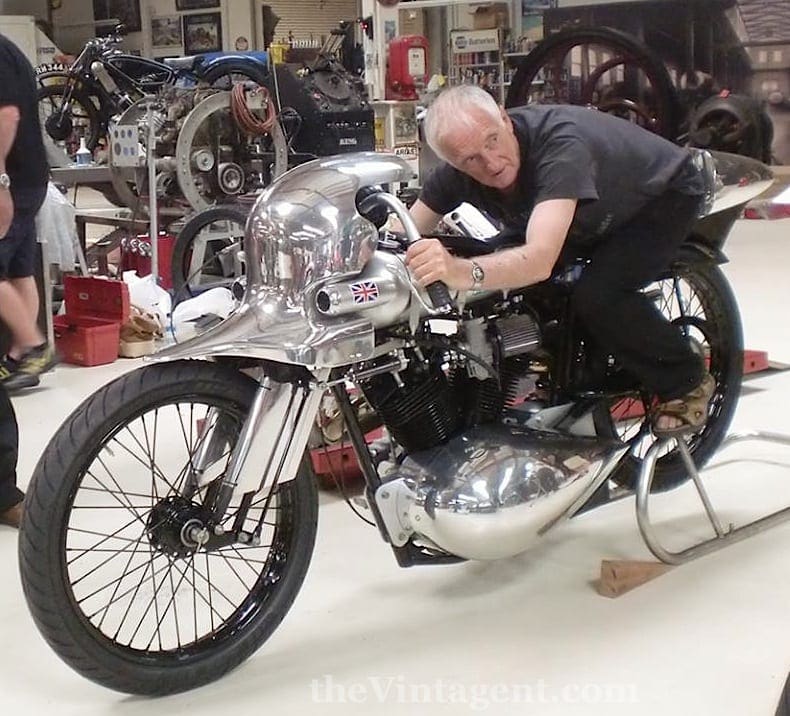 Modelled on the Superior ridden by legendary racer Eric Fernihough at Brooklands in 1938, the bike was hand-built by former Honda BAR and F1 chief mechanic Alistair Gibson. With its aerodynamic aluminium fairing and teardrop rear cowling it’s both headturning and pragmatic, a looker than can cut through air.

“We were only supposed to be testing the bike in 2013, but we won two records,” recalls Eric. “It’s a brilliant bike, wonderful.”

“It’s amazing but quite hard to handle. It’s got no back suspension, has got girder forks on the front and has a wooden seat that doesn’t offer any comfort at all. At 126-127mph it’s bumpy and quite hard to keep in a straight line!”

These two show-stopping bikes will be accompanied by six other eye-catching machines on the Principal stand, details of which remain under wraps.

As well as some magnificent metal, the insurance firm will also be offering stand visitors free goody bags. These will include a glossy 2017 calendar featuring some of the world’s most desirable bikes, professionally photographed in glorious colour!

Motorcycle Live! is on from November 19 – 27 at the NEC Birmingham.
For more information and to buy tickets go to:http://www.motorcyclelive.co.uk/information/ticket-information