MotoGP: Alex Rins taken to hospital for back scans after ‘heavy fall’ from factory Suzuki MotoGP bike at Valencia test

MotoGP: Alex Rins taken to hospital for back scans after ‘heavy fall’ from factory Suzuki MotoGP bike at Valencia test 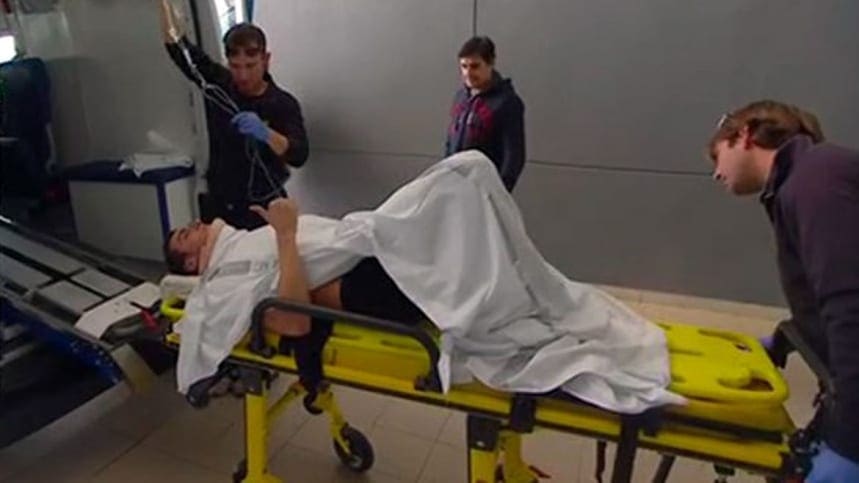 MotoGP new boy Alex Rins has been taken to hospital after a big fall during day two of the MotoGP test in Valencia.

The fall happened in the first hour of action on track during Rins’ fifth lap overall with the rider falling off the MotoGP bike in Turn 12. Reports say that Rins was conscious throughout treatment in the medical centre at the Spanish circuit – he has now been transferred to hospital where he is due to undergo a CAT scan on his lower back after Rins complained of pain.

Spanish journalists at the track says that they saw Rins carried out of the medical centre on a stretcher and took the photo of him with his thumb up.

Rins’ chief mechanic Jose Manuel Cadeaux said that at the time of the fall the rider was on a soft compound front and back tyre and had just clocked a best time of 1m 33.761.