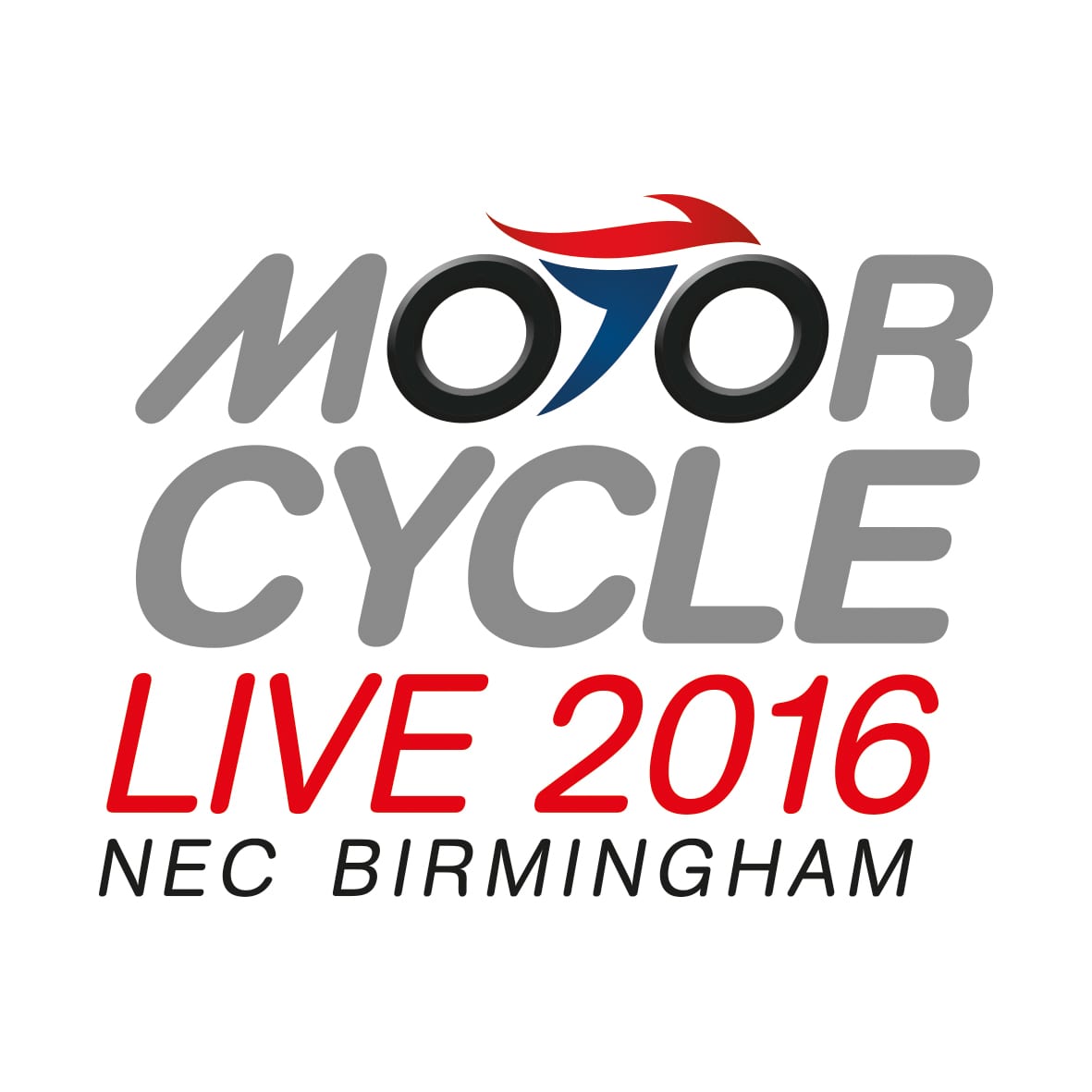 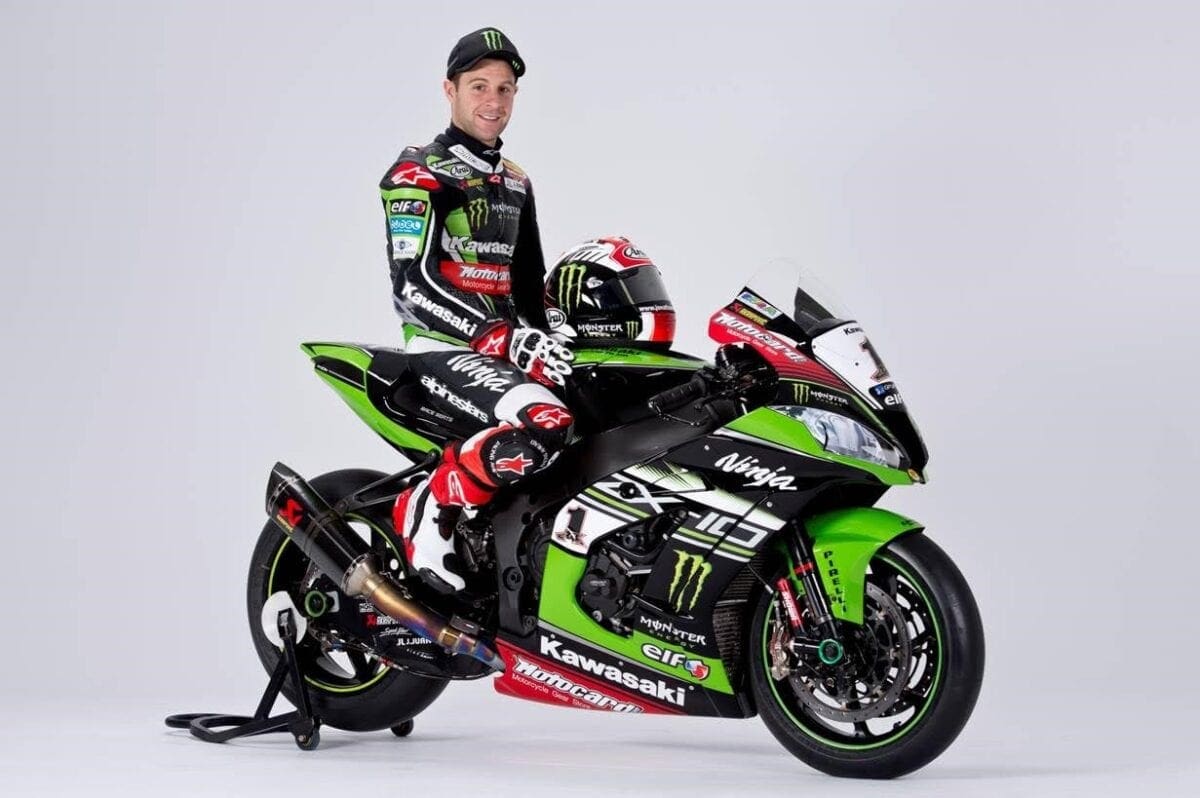 Rea said: “I used to love coming to Motorcycle Live as a child and I can’t wait to come back again this year. It’s going to be great to meet all the competition winners and see all the fantastic bikes on show.”

Haslam said: “Motorcycle Live is an unmissable event and I’m really looking forward to teaming up with Jonathan again on the fantastic Carole Nash stand.”

The Carole Nash ambassadors will be at the UK’s biggest and best biking show at the NEC on Saturday 19th November. Superbike fans will get the chance to meet the stars, and Superbike legend, Ron Haslam, for autographs and selfies between 11am and 1pm and 3pm and 4.30pm.

The Kawasaki stars will also be announcing the winners of three Carole Nash competitions that have been running over the last few months. The winner of a one-year modelling contract will be revealed, who will be one of the 12 finalists that appear in Carole Nash’s charity calendar. The calendar, which will be raising money for the Nationwide Association of Bloodbikes, will be available at stand 2C15 for the duration of the show.

The insurance broker will also reveal the winners of its huge £11,000 motorbike giveaway, where two extremely lucky winners will take home their very own Kawasaki Ninja and a pair of Jonathan or Leon’s racing boots.

Carole Nash’s stand will also include an exciting time trial game, using a Virtual Reality headset and motorbike which will allow fans to experience the thrill of racing around Snetterton race track. The fastest lap time of the show will win £250 and the person with the highest number of social likes will also receive £250 of biking vouchers. 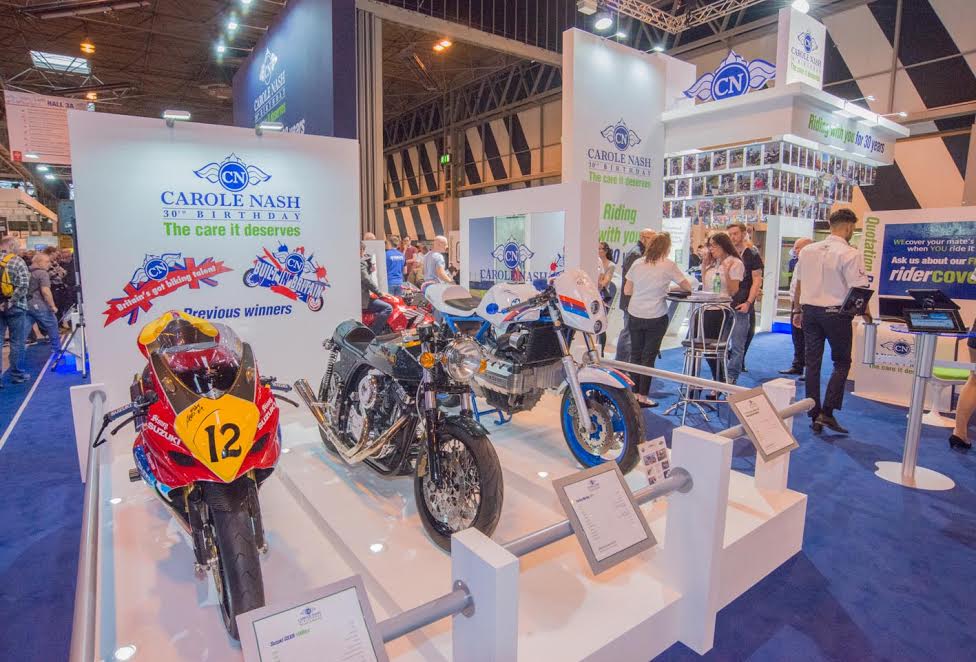 Rebecca Donohue, Head of Marketing at Carole Nash said: “We’re delighted that both Jonathan and Leon will be joining us on Saturday 19th November at Motorcycle Live. It’s a great chance for superbike fans to meet two of the biggest names in the sport, as well as getting involved with all the exciting activity we have planned!

“We’re all really looking forward to congratulating our competition winners and we’re hopeful our calendar will raise a lot of money for the Nationwide Association of Bloodbikes, so make sure you come along and collect yours.”

Carole Nash’s stand will include a stunning array of motorbikes courtesy of Kawasaki, Vic & Lin Jefford, Shaws and The Trike Shop.

A world first exclusive will be revealed at the Carole Nash stand, with the Destiny’s Cycles ‘Goldrush 49er’.  This beautiful bike has never been in the public eye before and is incredibly special. The seat is a curved, hand-tooled and braided leather saddle to match the California gold miner theme of the paintwork, a must see for all motorcycle enthusiasts.

Also on show will be a magnificent custom Shaw Harley-Davidson ’69 Reasons’ that boasts elements of the famous 2010 motorcycle, Strike True II. Its level of detail is a timeless design that will be appreciated by all at the show.

Destiny Cycles ‘The Bomber’ is another unique bike that will be available to view. This custom, solid bike has a classic vintage look and unusually, has had wartime aircraft memorabilia incorporated into it, as its owner is a huge fan of the WW2 Lancaster bomber.

Other bikes at the stand include a spectacular Indian Trike and an AJS, none of which are to be missed! 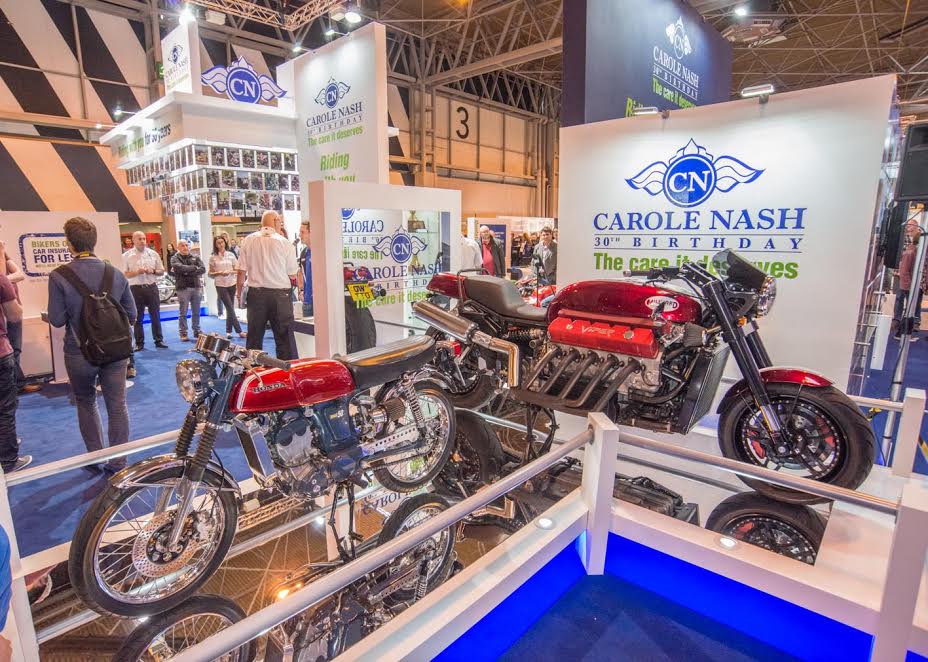 For more information on the bikes on show, as well as what else is going on Carole Nash’s stand between Saturday 19th and Sunday 27th November at Motorcycle Live, click HERE.