Blind Aussie going for Land Speed record on a Busa

Blind Aussie going for Land Speed record on a Busa. 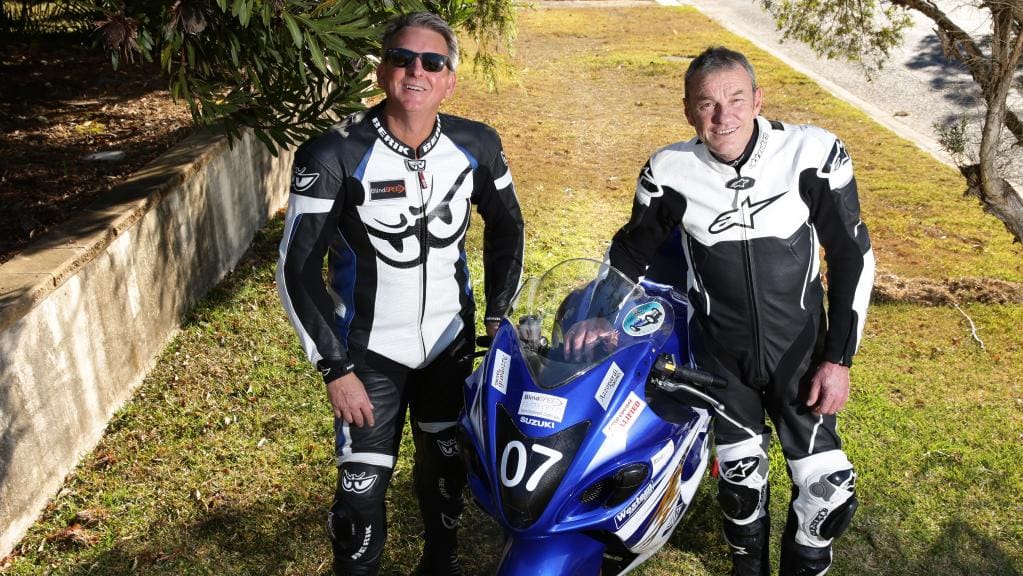 Ben Felten, who is totally blind, is on track to break the Guinness World Record for the fastest motorcycle ever ridden blindfolded.

He is also set to be the first blind person in the world to compete at a motorsport event.

Australian former Grand Prix road racer Kevin Magee (above, right) has been given the green light to act as Felten’s navigator at Speed Week 2017 when he attempts the record of 164.87mph (265.33kmh), currently held by the UK’s Billy Baxter.

Magee, of Vaucluse, will ride behind Felten and use analog radio to direct him as he gradually builds up to the lightning speed. “I basically tell him to go left or right with increasing levels of urgency, depending on how much I want him to turn,” said Magee: “My voice acts as his eyes.”

He was “confident” Mr Felten could break the record because he himself had already ridden the bike, a Suzuki GSX 1300R Hayabusa, at 323.5kmh, or just over 200mph.

“Ben can well and truly break the record. It’s just up to us now.” 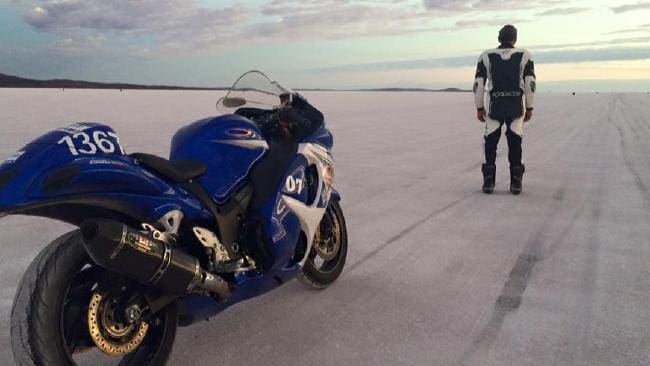 Magee concedes he was “bewildered” when he first heard about Mr Felten’s plan to ride a bike blindfolded. “But going blind was one of my biggest fears growing up and my mum was a volunteer for the guide dogs so I thought: ‘in legacy of her, I may as well give this guy a hand’,” he said. “I’m glad my experience with racing over the years is being put to good use and not being wasted.”

Magee, a Fox Sports commentator on Aussie TV, raced in 36 grand prix during his career and won the 1988 Spanish Grand Prix.

Mr Felten said communication would be the key when he literally puts his life in Magee’s hands. “The biggest thing I have to contend with is trust so having someone like Kevin, who will be my eyes, gives me the confidence,” he said: “When you’re doing 155mph (250kmh), you are travelling about 70m per second so he has to get his communication absolutely precise and I have to respond to that instantly.

“Because if we make one error in that second, that is the difference between running off the track or staying straight.”

Mr Felten, who has ridden motorbikes since he was seven, said all his hopes and dreams of being a professional racer “evaporated” when he was diagnosed with a degenerative eye condition at age 16. By 37, he was totally blind.

This did not stop him pursuing sport and has a host of medals and records to his name in rowing and cricket, including the Jim Anderson Memorial Award for distinguished service to sport and administration. He also attended the blind cricket tour of South Africa in 2005 as part of the Penrith Valley Sports Foundation. 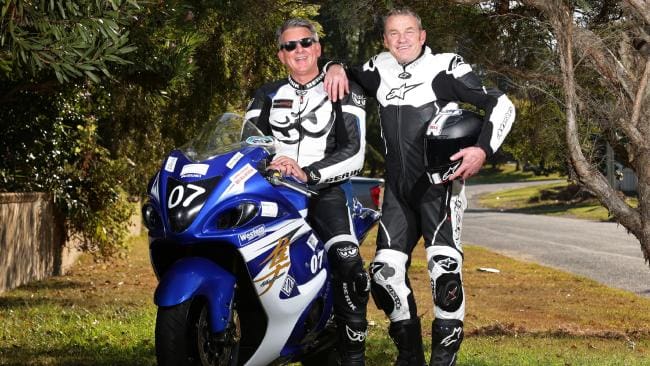 “But over a few rums when I was 42, I realised my time was up in cricket and I thought: ‘what was my childhood dream? It was to ride motorcycles’ and now I’ve put my life savings into this project… I’m absolutely committed.”

Felton will attempt the record at Speedweek 2017 on the salt flats at Lake Gairdner in South Australia, to be held from February 27 to March 3. He has also been invited to enter as a competitor in the Modified Production Fuel 1350CC class.

Here’s a video of Felten and Magee from 2015 when they first got together to see if the ride was possible: