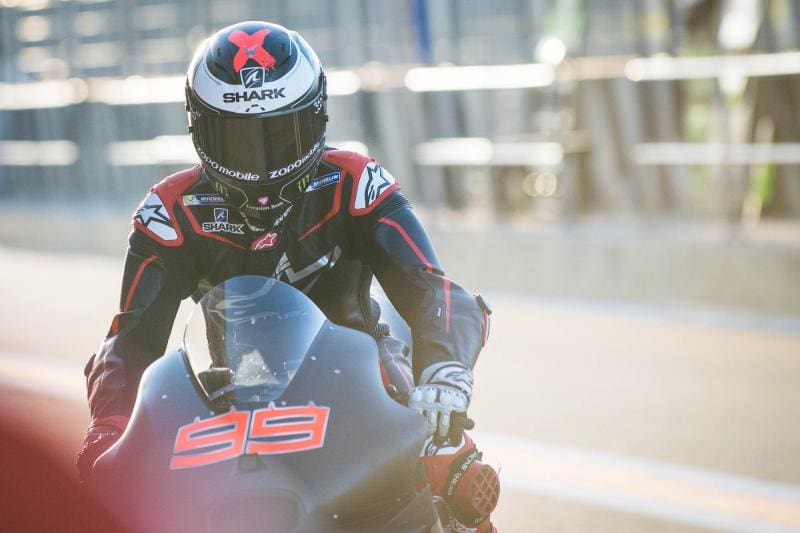 Jorge Lorenzo’s speed was rather impressive at the post-season Valencia test, considering that this was his first ride on the Ducati Desmosedici GP. He finished the test in 8th position, 0.769 seconds behind the quickest rider, Maverick Viñales on the Yamaha M1 (a bike that Lorenzo knows very well indeed).

Officially Lorenzo was not allowed to talk about the test while still a Yamaha rider, but Sport Rider Magazine have managed to find out what his initial thoughts about the bike were, and they make for interesting reading.

It was always going to be a mixture of positive and negative feedback – and that’s exactly what you need at this stage so the bike can be built around him for the season.

So, it’s cornering that that Ducati will have to work on over the winter before the season starts. This is especially important as Lorenzo opens the throttle earlier than the rest of the pack as he’s coming out of the corner, needing smooth power delivery and good grippy tyres.

There will be a lot of work done over the winter period by all teams, and the Ducati Corse engineers know what to concentrate on to gain an advantage over the other manufacturers.