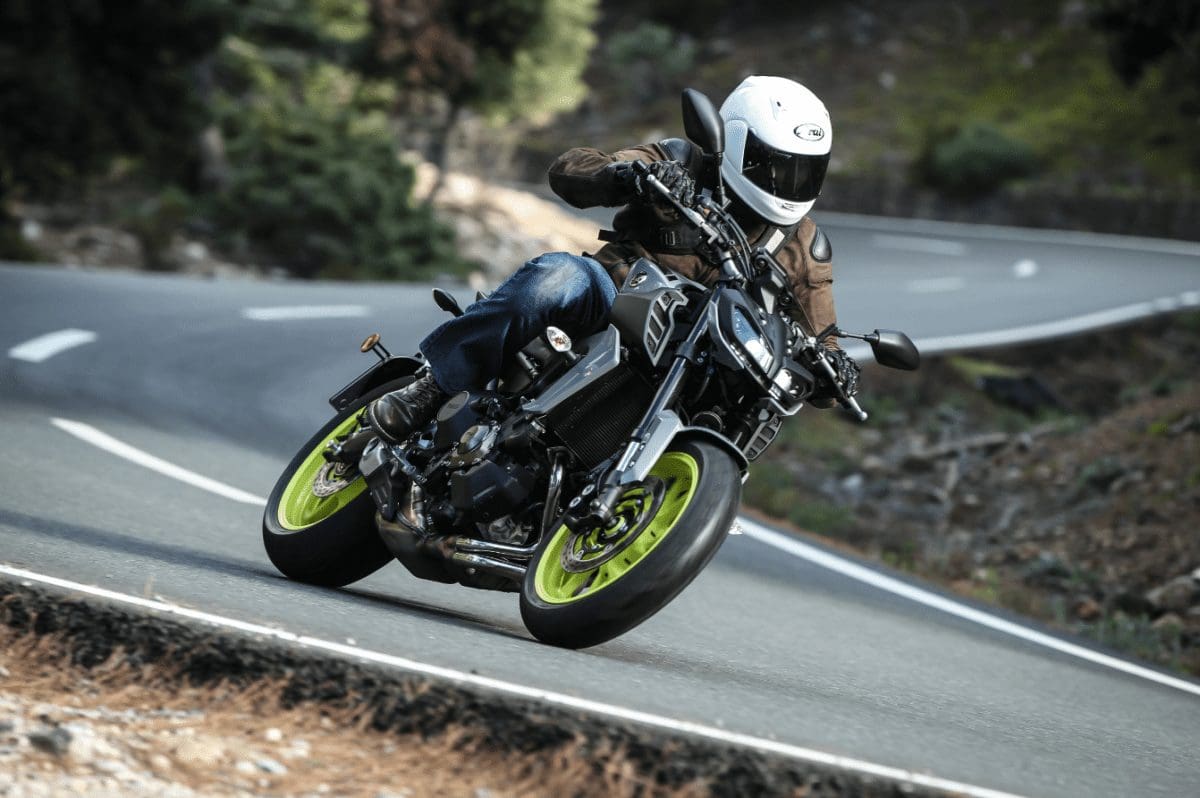 What each of us can afford to pay for a bike is invariably subjective. What some might consider a bargain price, others might well struggle with. But there can be no argument, surely, that 2017’s MT-09 offers extraordinary value for money.

In a post-referendum United Kingdom that’s seeing prices rise due to the pound’s struggle to buy in motorcycles, parts and accessories, the announcement from Yamaha that its hyper-naked would increase in cost by just £450 – to £7799 – was more than a surprise. The newly-fitted standard quick-shifter alone is worth that, but this revamp also includes an improved front fork with compression damping adjustment added to the rebound and preload, LED headlights, a new compact tail with a comfier seat, and a slip-assist clutch.

The MT-09 has been very important to Yamaha – after the difficult times suffered by the whole motorcycle industry, 2013’s release of the naked triple was something of a turning point. As one employee told me at the time, Yamaha had ‘turned the taps back on’ in R&D, and led the way as the manufacturer that arguably kick-started the country’s passion for motorcycling once more. It formed the basis of the Hyper Naked range, which now also includes the MT-10, MT-07, MT-03 and MT-125. 43% of Yamaha’s European sales in 2016 were Hyper Nakeds, while 20.5% were sport-tourers (the Tracers and FJR), 14.5% sport heritage (XSRs, VMAX, XJR and XV), 11.5% super-sport and 10% were others. The MT-07 may be the biggest-selling Hyper Naked, but it’s the MT-09 that’s still the most popular bike on Yamaha’s MT Tour, where riders are given the chance to try out the machines.

The new bike, on paper at least, appears to be reinvigorating the playful aggression that many feared would be sanitised by ever-tightening regulations – it’s got the same 847cc 114bhp @ 10,000rpm, 65lb-ft @ 8500rpm engine as it’s had since 2013, along with an unchanged cast alloy frame. The tank still holds 14 litres, the wheelbase remains 1,440mm thanks to the unaltered alloy swingarm, and it’s still got impressively powerful radially-mounted four-piston calipers on the front. It was designed to look light and compact, and at 193kg with a full tank of fuel, it’s just 2kg heavier than it was last year.

The new design is influenced by the MT-10, and the headlights certainly make the previous model appear somewhat dated – a 2013 MT-09 pulled up during our photoshoot, and the difference was surprising. It was due a refresh, so it’ll be interesting to see how the new style ages, which reminds me of Kawasaki’s Z1000.