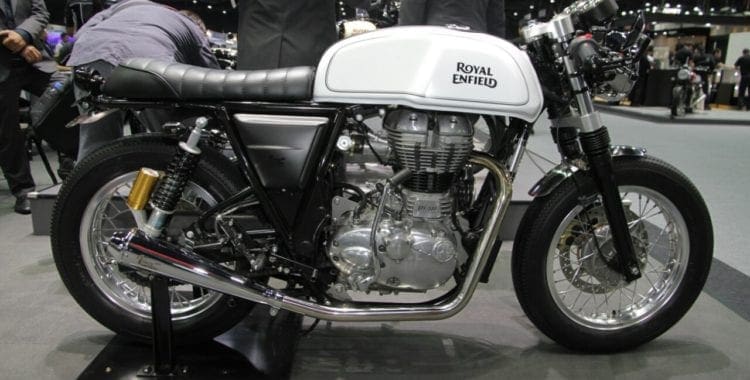 So far, this is only a ‘special’ being shown at the Thai Motor Expo in Thailand, but we like it (and wouldn’t be at all surprised is this turns up as a proper model in the range pretty soon). 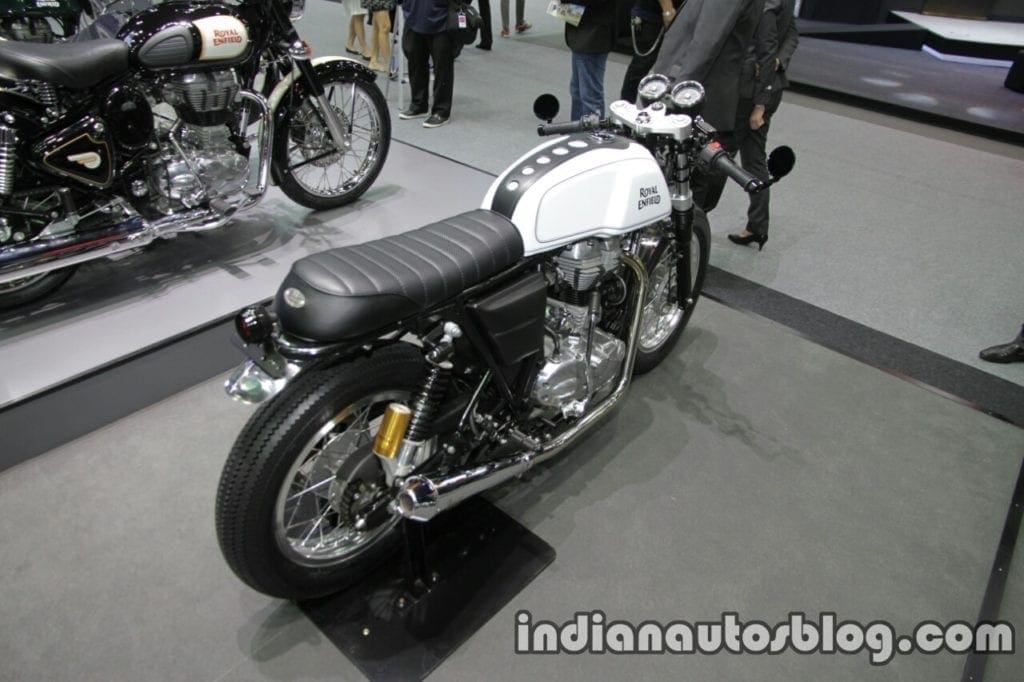 Here’s what we can make out from the show pictures run on Indian Autos Blog. The exhausts are stmaped with the Liberty Moto logo but they look to be the same as on the current GT, the tires are now Vee Rubber hoops, the bars get bar end mirrors and the tank is painted to mimic the thick over-the-top tank strap typical of the period this special is apeing.

The forks on the Liberty Moto are 41mm items whilst the rear shocks remain Paioli units as used on the current GT.

What do you think to this tweaked version of the GT? Is it cafe racer enough for you? It will clearly be seriously cheaper than many recent bikes we’ve seen from other manufacturers of late. 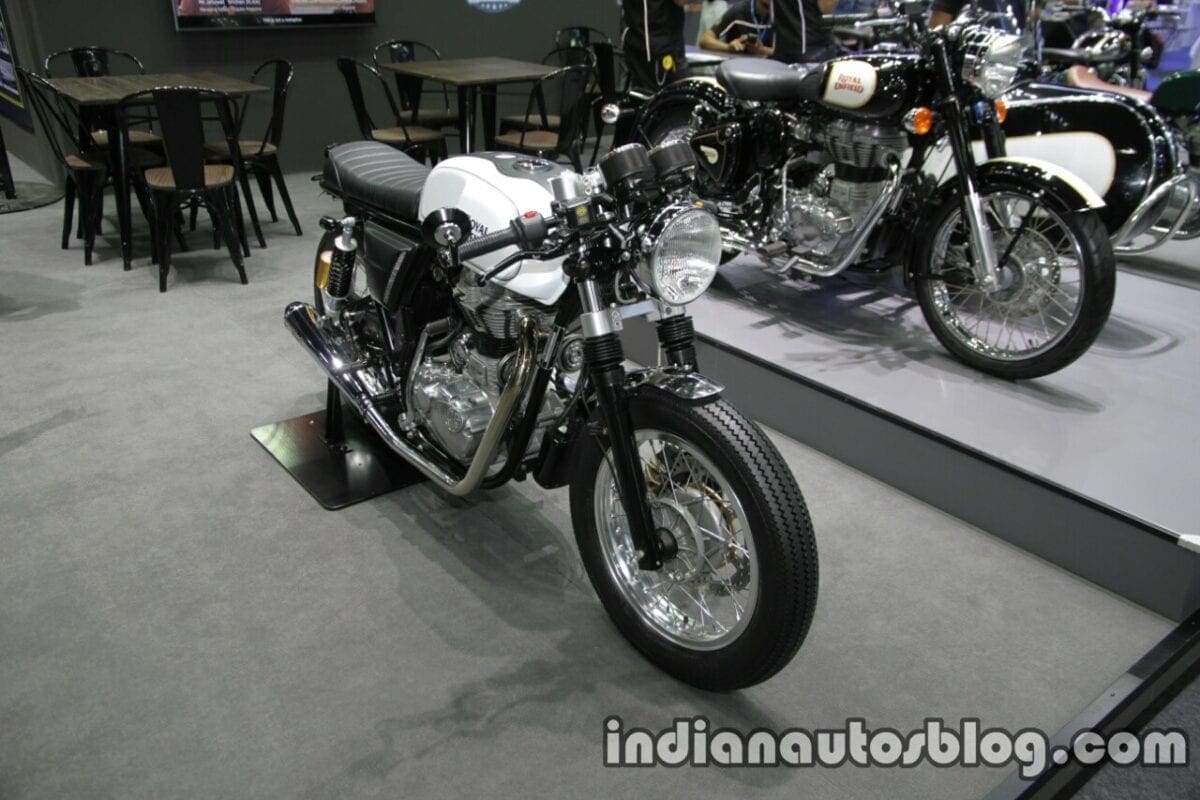