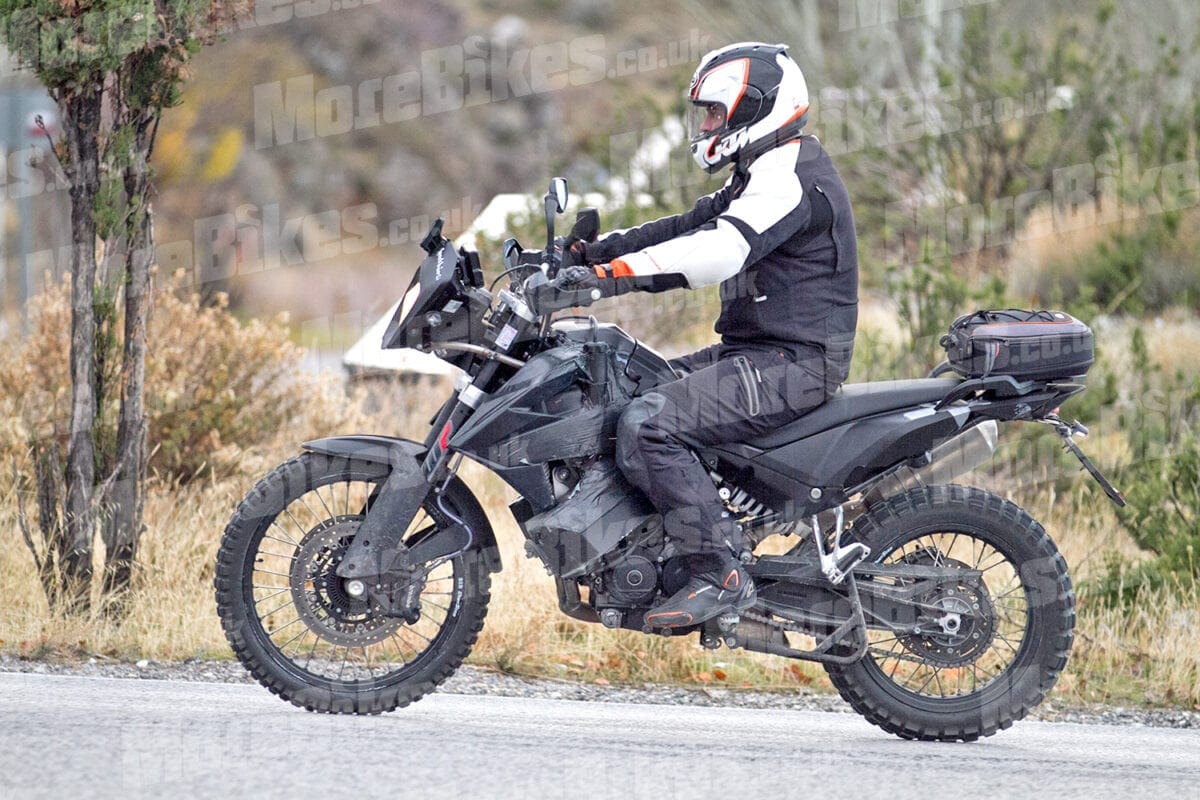 These are the first pictures of the upcoming 800cc Enduro bike from KTM.

The bike, which will be called the 790 Adventure, is scheduled to appear later on in 2017, there’s debate as to when the bike is actually going to go on sale but it is definite that this machine will be a major part of the 2018 model range. 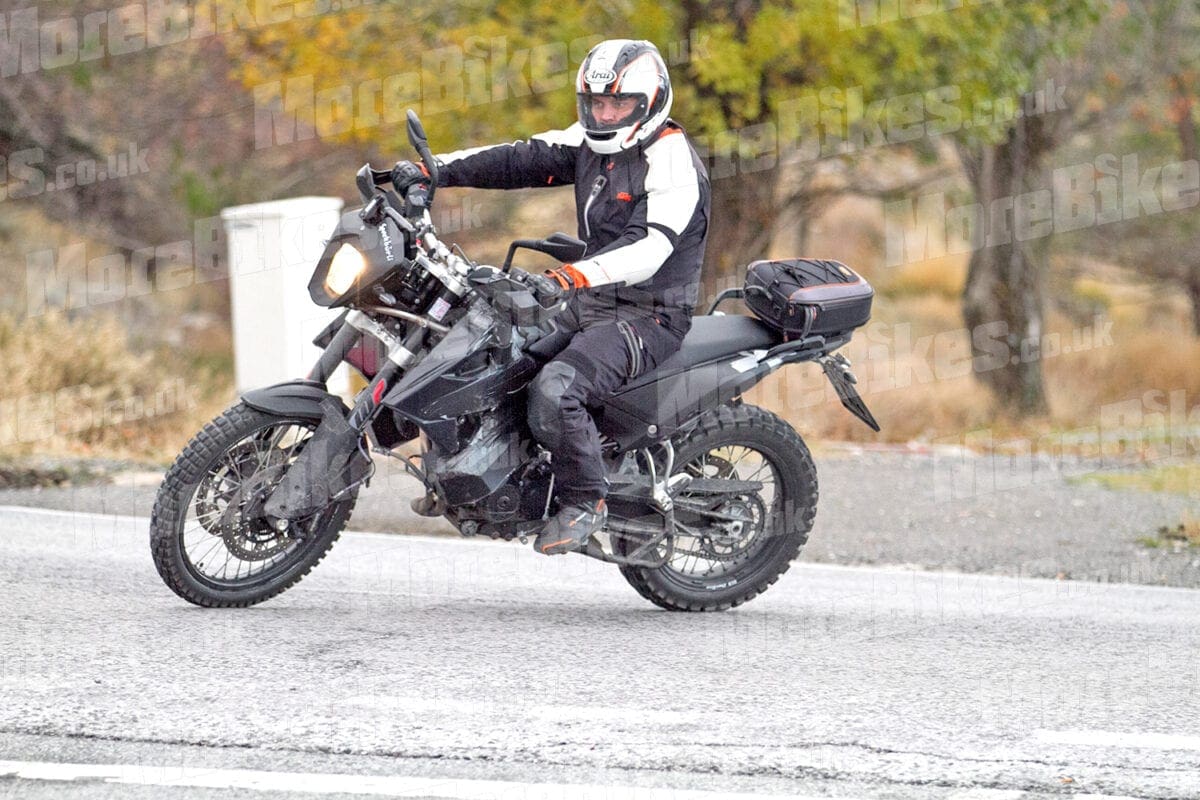 Our spy snapper caught the bike during consumption testing out on the road. KTM is running the bike over road miles to get accurate mpg and oil consumption figures and varying speeds and terrain.

What is clear from the pictures is that the new 800 is going to have a much more serious level of off-road ability than anything in the very recent run of KTMs. 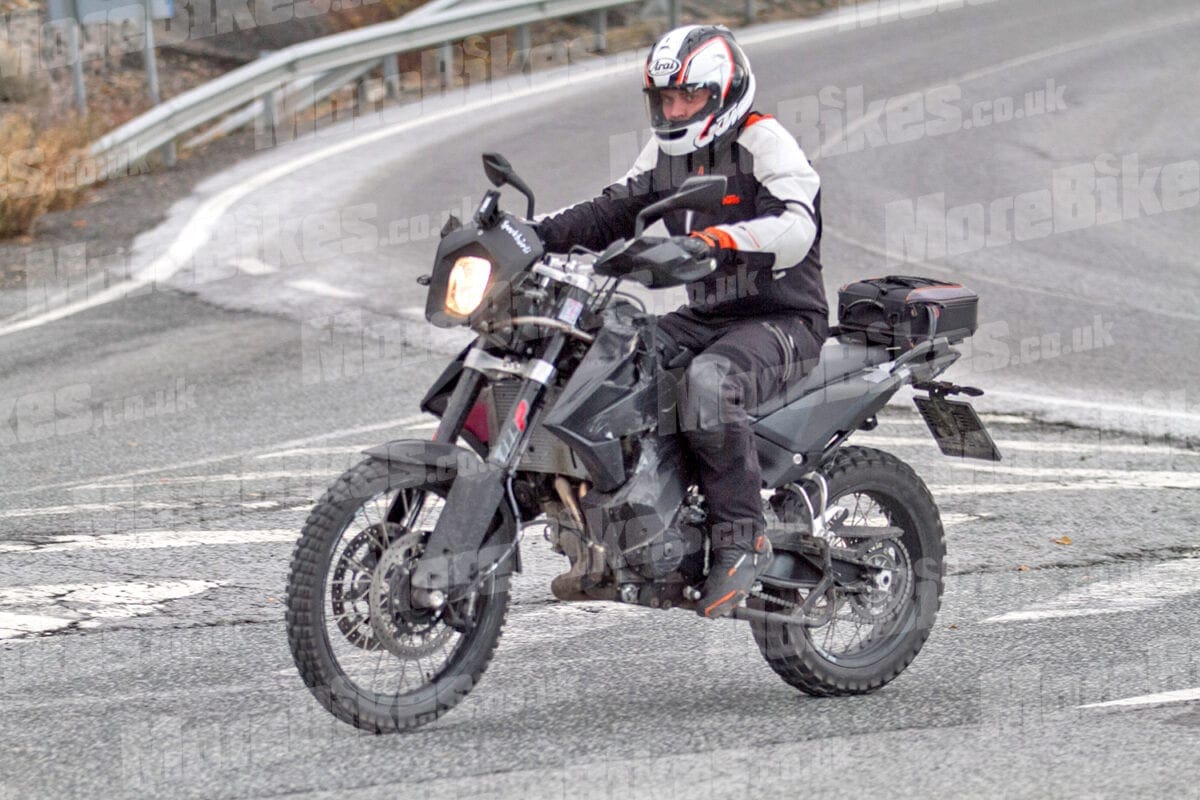 The bike gets what looks like 43mm WP forks and plenty of ground clearance (although the mudguard is low and close to the tyre which will have to be raised for any sort of real off-roading), braking is taken care off with two-piston radial Brembo calipers and the rear shock is mounted off-centre.

The bike gets a new, smaller face with a bracket fitted to the top that looks as though it will carry a screen – no screen was fitted to the prototype in our pictures though. The single headlight on the bike and the rear light small-cluster LEDs are clearly out of the factory’s parts bin. It’s unlikely that the finished article will look like this – especially given how every new KTM’s lights recently unveiled at Eicma in Milan were much more sharply styled and featured lines of LED lights. 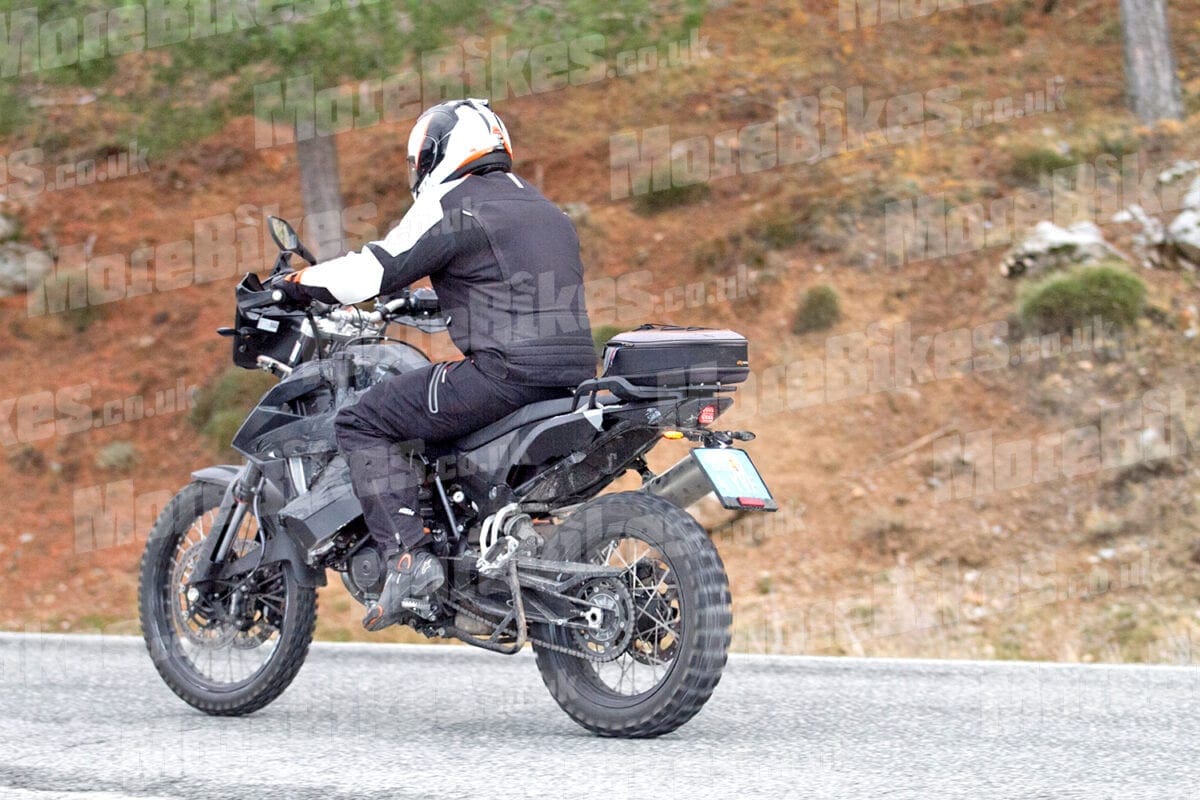 There’s a rough-and-ready but not painted tubular fairing rail that runs around the top end of the forks and goes behind the plastic shoulder shrouds of the bike. The bike look small and purposeful overall but pillions are clearly factored into the 800 with a decent pillion seat and fairly low footrest visible on the prototype.

Hanging from underneath the seat is a bare seat-release cable that shows that the seat unit (and to a lesser extent, major components of the subframe architecture) has most likely been taken from a current bike, if this bike was more finished then the seat release cable would be routed to the key-lock as on finished motorcycles. So whilst this motorcycle has a pillion in place it’s not certain if the back end of the 800 will end up looking like we see in our pictures.