Video: Guy Martin in action putting in the laps at the Nurburgring with record holder Andy Carlile ahead of lap record attempt

Video: Guy Martin in action putting in the laps at the Nurburgring with record holder Andy Carlile ahead of lap record attempt.

Want to see the TV star and former Isle of Man TT racer putting in the laps at the Nurburgring earlier this year?

This footage has appeared from Ringpressionen and there’s appearances by Guy and Andy lapping together throughout the nearly-ten minute long film which was shot in August.

Don’t worry if you haven’t got the time to watch it all though, Andy and Guy make a couple of fast fly-bys from about 20 seconds in, they’re featured again at around 3m 25 seconds. 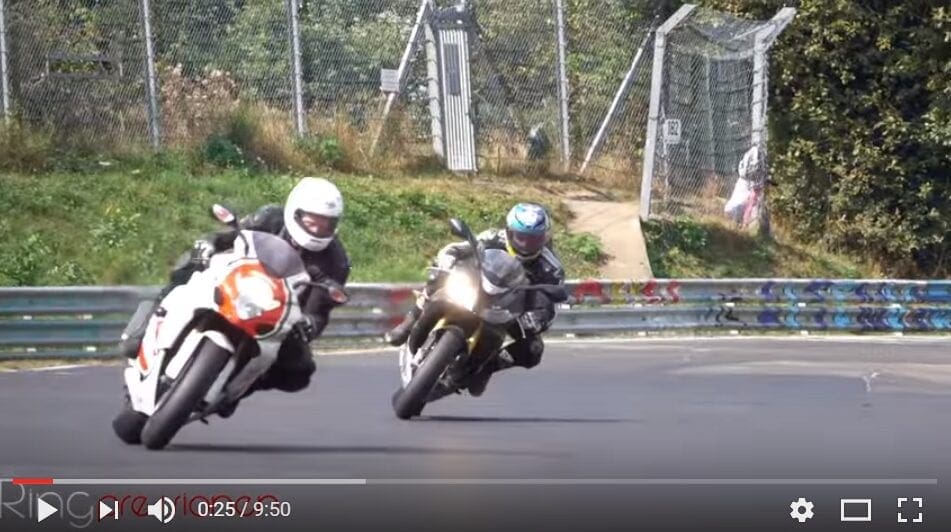 We brought you the first news that Guy was going to take on the outright motorcycle lap record at the famous circuit back in August, Guy himself confirmed the story last month and now the footage underlines that by showing how he’s being taught the fast line by Carlile. In the footage you can see that Carlile is riding a Suzuki GSX-R whilst Martin is riding a Triumph Daytona 675R. 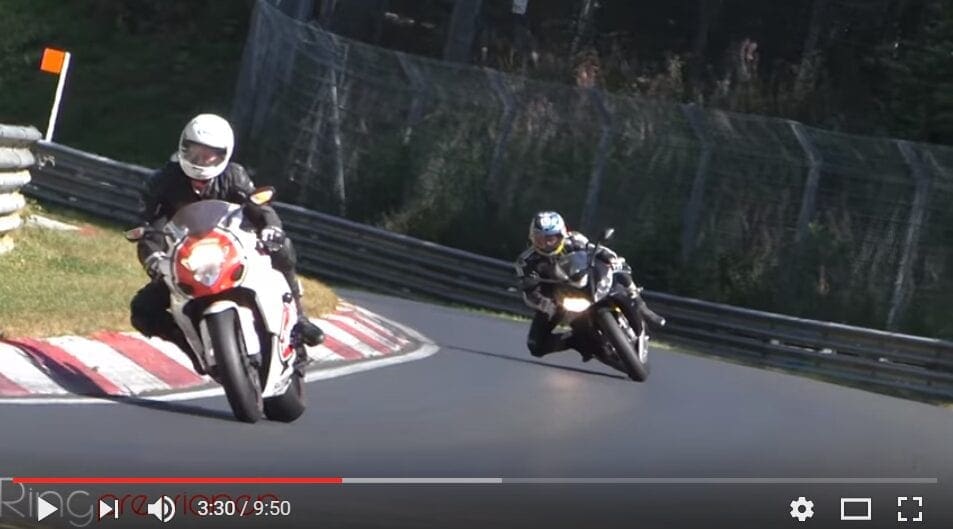 It’s unclear exactly what motorcycle Guy is going to attempt the lap record on and although he’s seen on a Triumph for these exploratory laps the fact that Andy is riding the bigger Suzuki (we’re thinking a 1000 would be his weapon of choice) might be indication that Guy will ultimately head out on track on that type of bike as his track knowledge and times get better. Carlile (pictured above) is the fastest ever rider around the 20km circuit completing a bridge-to-gantry lap in just 7m 10s in May 2012 on a Yamaha R1 – the video of that momentous lap is below: