Check out this great promo video from KTM of the 790 Duke Prototype in action .

The bike was unveiled a couple of months ago – and was one of the undoubted stars of the Eicma show at Milan. 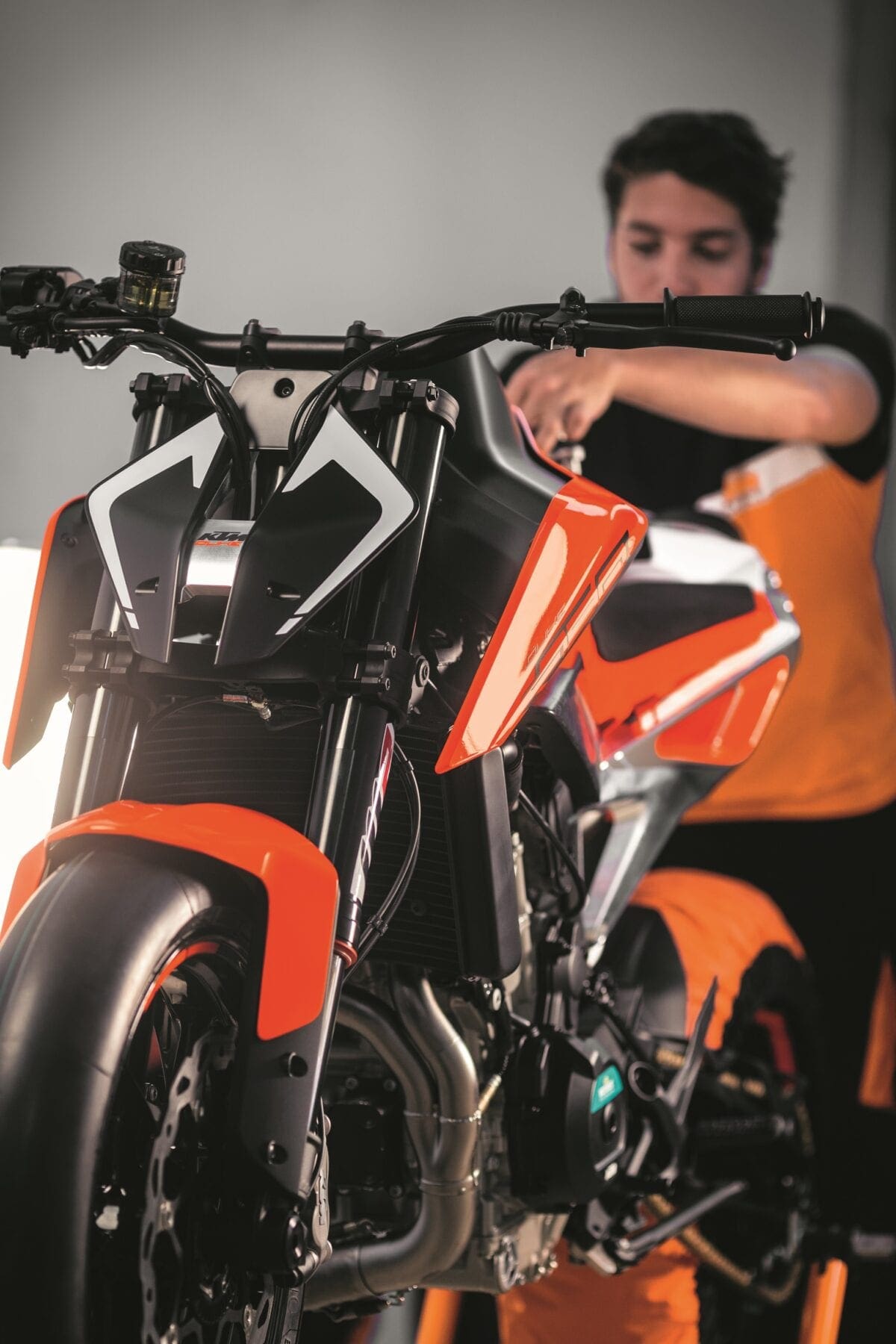 KTM went to length to point out that, despite the Prototype not using any ‘new’ tech as such, it was ‘just’ a prototype put together to show the styling direction that KTM wants to head in for the fairly near future.

We love this bike. In this flesh it was just stunning to see and really moved the game on. If the next generation of KTMs get close to this thing then they’re going to rock.