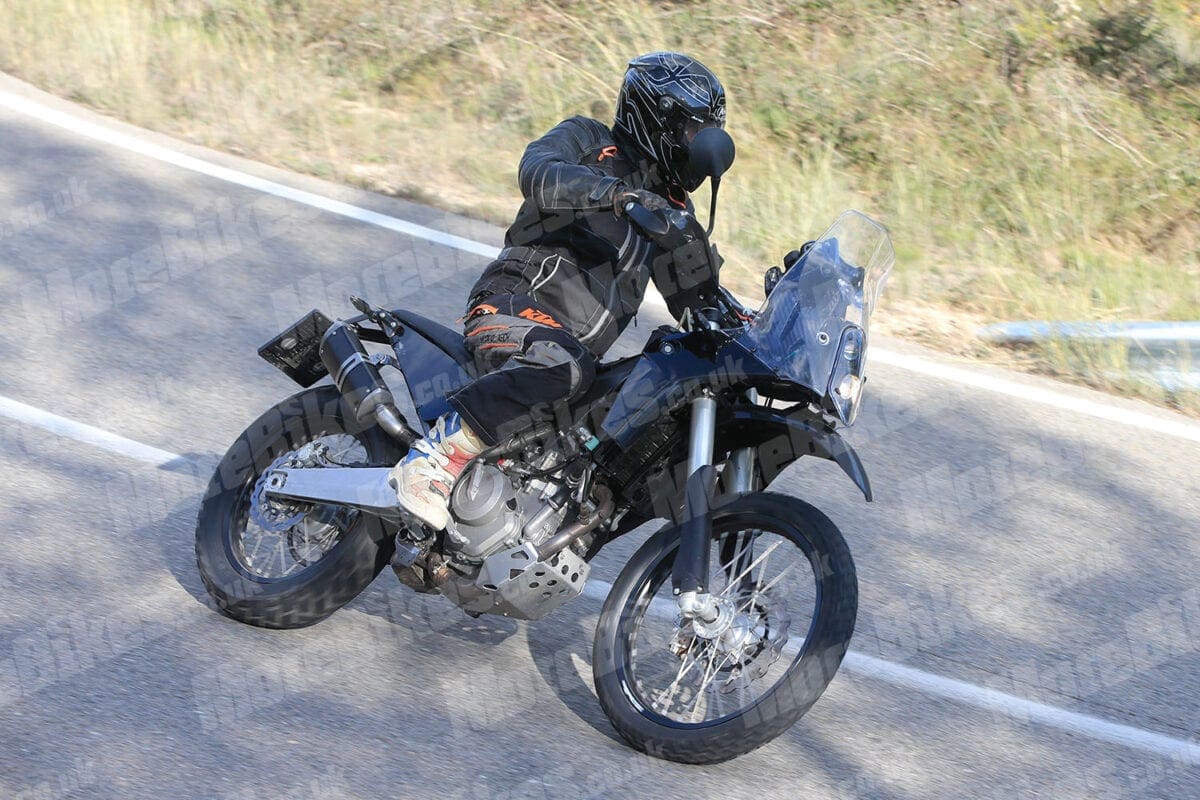 Hot on the heels of our first look at the KTM 800 (read: 790-named) Adventure bike a week ago comes these great pictures of the Austrian company’s ‘other’ secret Adventure bike – it’s new 390!

Caught out by our spy snapper undergoing road tests in Europe, the bike looks every bit the small-capacity serious play thing designed to properly get the juices flowing for next year. 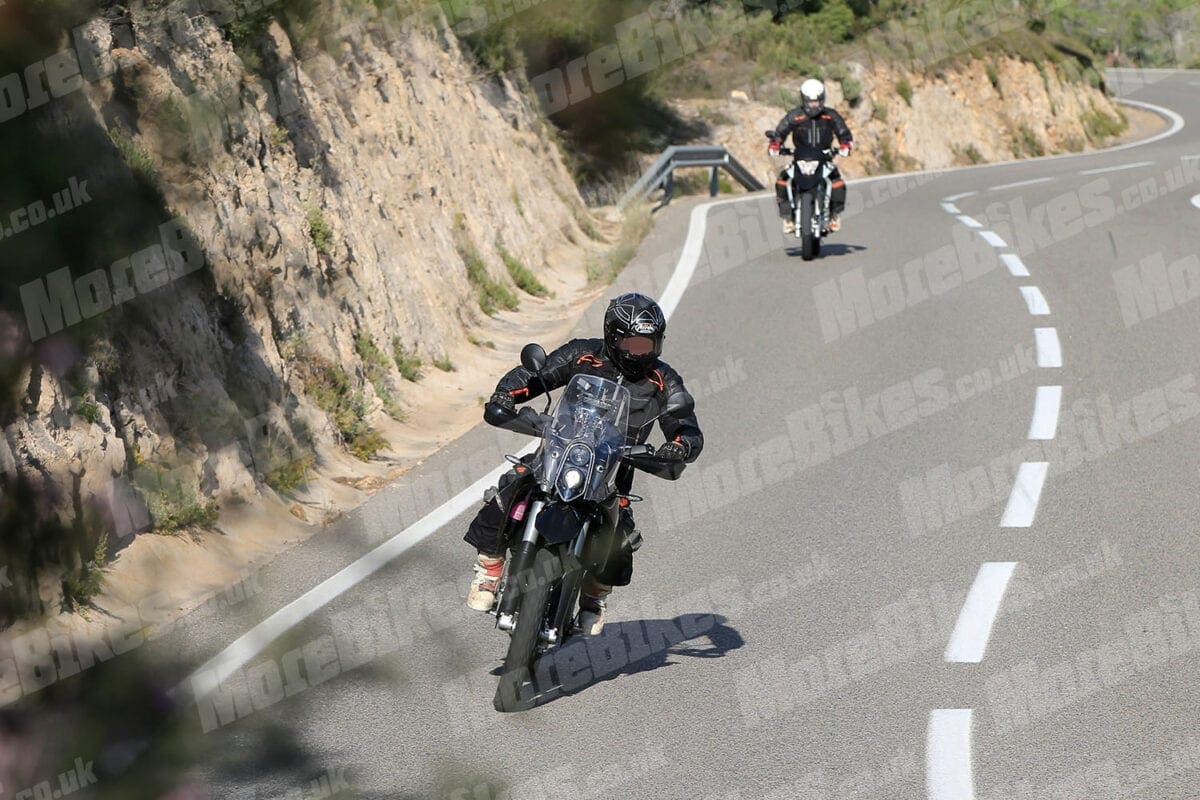 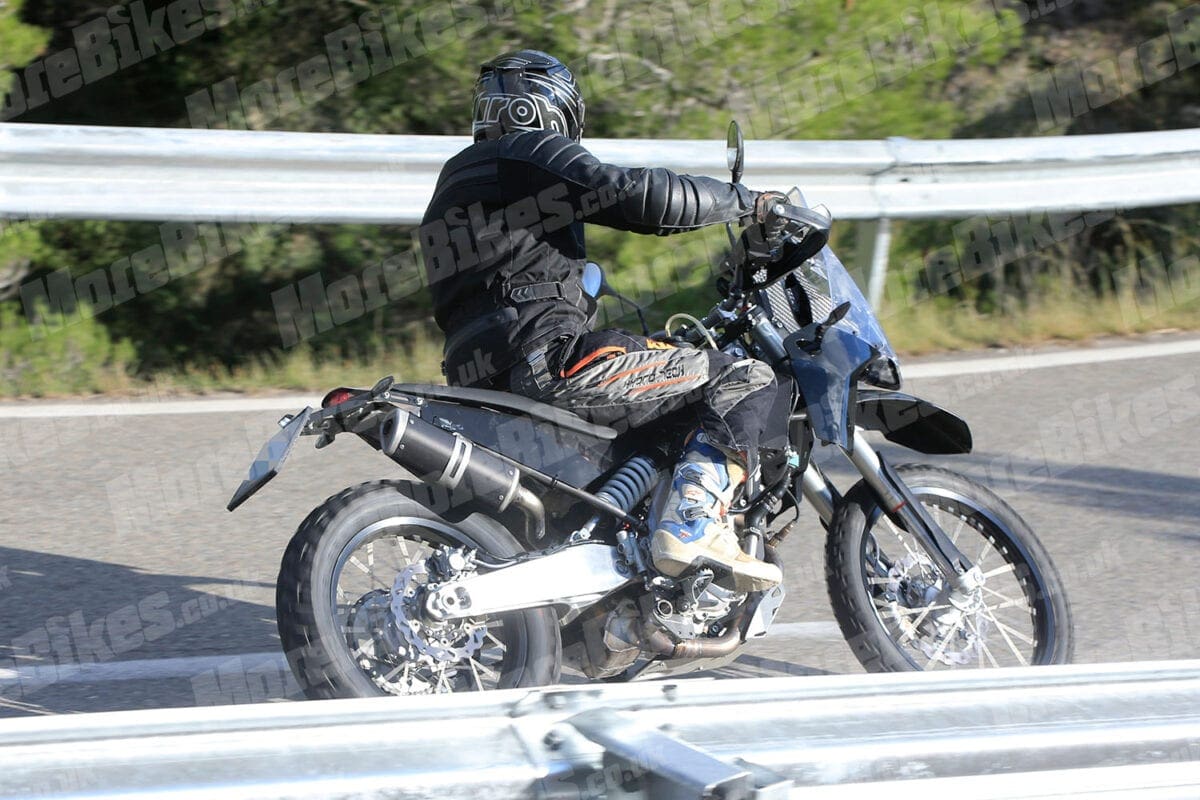 The bike is appearing in the wake of interest stirred up by the likes of BMW’s G310GS, Suzuki’s V-strom 250 and the Kawasaki Versys-X 300 which appeared across the recent rash of motorcycle shows in Germany, Milan and the UK.

As you’d expect, there’s no details about the little Adventure just yet – we’ll have to wait until it’s officially launched in 2017 – but what we are expecting is that the upright 390 is going to be based on the same platform as the recently updated RC390 and Duke 390 bikes. 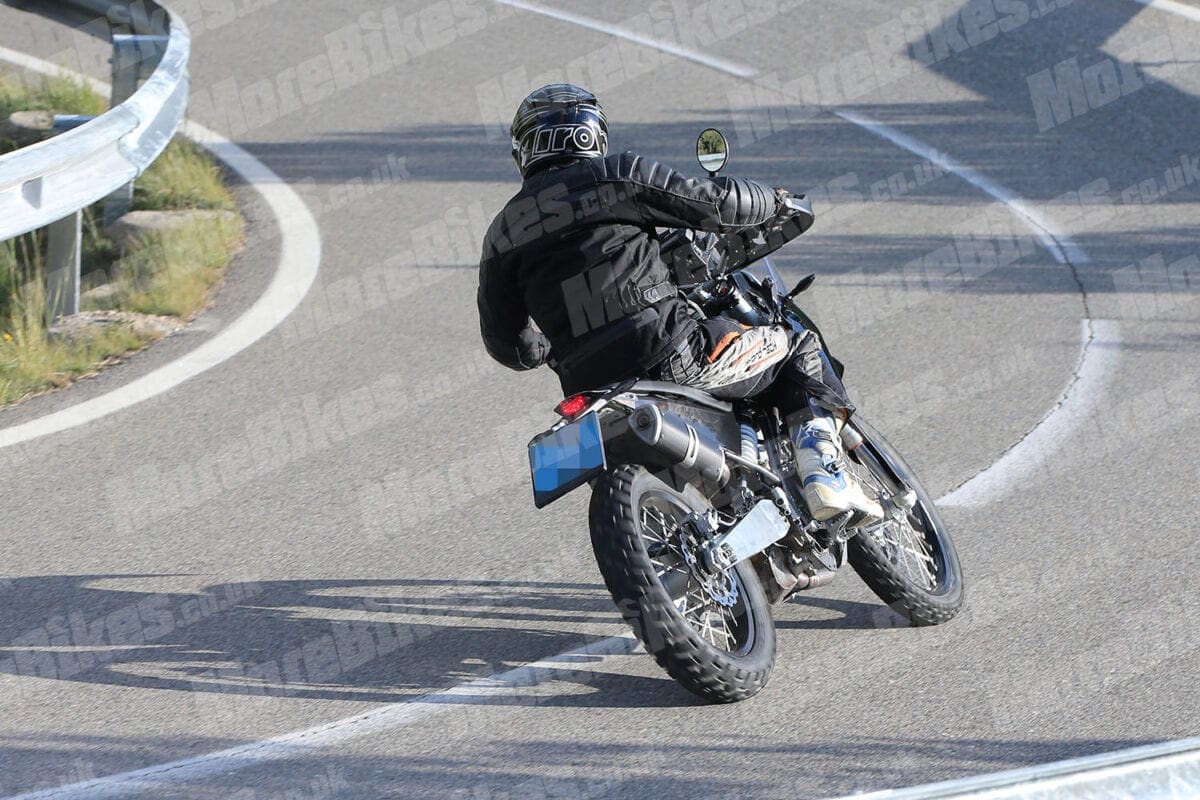 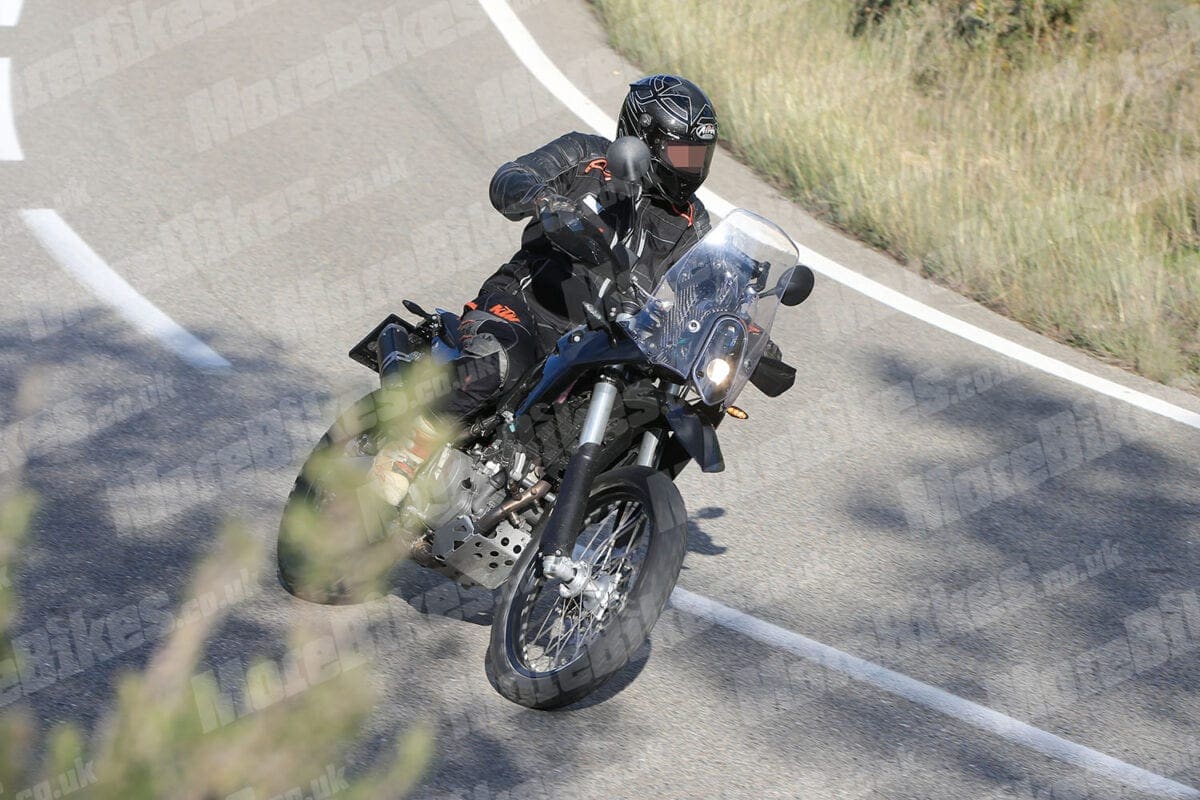 The bike in the pictures looks like it has a beefier swingarm than the roadsters though and whilst that won’t be necessary to hold the 40bhp or so that the 373cc single cylinder motor will kick out, it will be needed to be able to deal with the big whacks or bangs that the bike might suffer on the dirt.

Wheels-wise there’s plenty more to point towards some off-road skills. The front wheel looks like a 19 inch item (there may well end up being a 21 inch option on the bike for serious off-roaders) whilst the rear is a 17-incher (it’s 18-inches on the Enduro R bikes so the small machine may stay at this size or get a bigger option upon release – it is also entirely possible that there will end up being TWO versions of this bike; the R which will be more extreme and standard, more road-bias 390 Adventure). 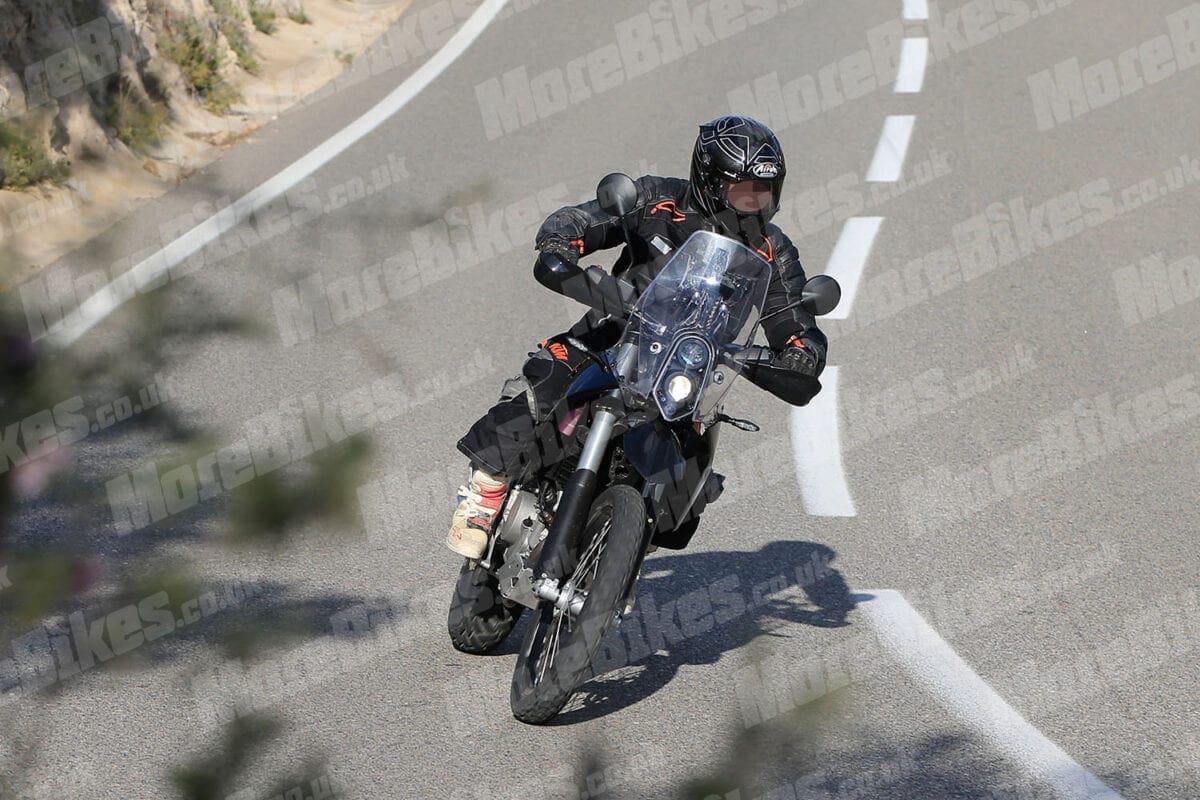 Styling on the small bike looks very much like a typical KTM R Enduro bike with the bash plate, hand guards and tall exhaust. Braking is a single Brembo caliper and disc and the front forks and rear shock has a lot of clearance to soak up the rough stuff.

Despite what KTM CEO Stefan Pierer may have said about the 390 Adventure possibly appearing in 2019 during previous interviews, it’s hard not to come to the conclusion that because this bike looks so finished and on the road during final-phase testing it will be part of next year’s line-up for the 2018 run of machines from the orange outfit. 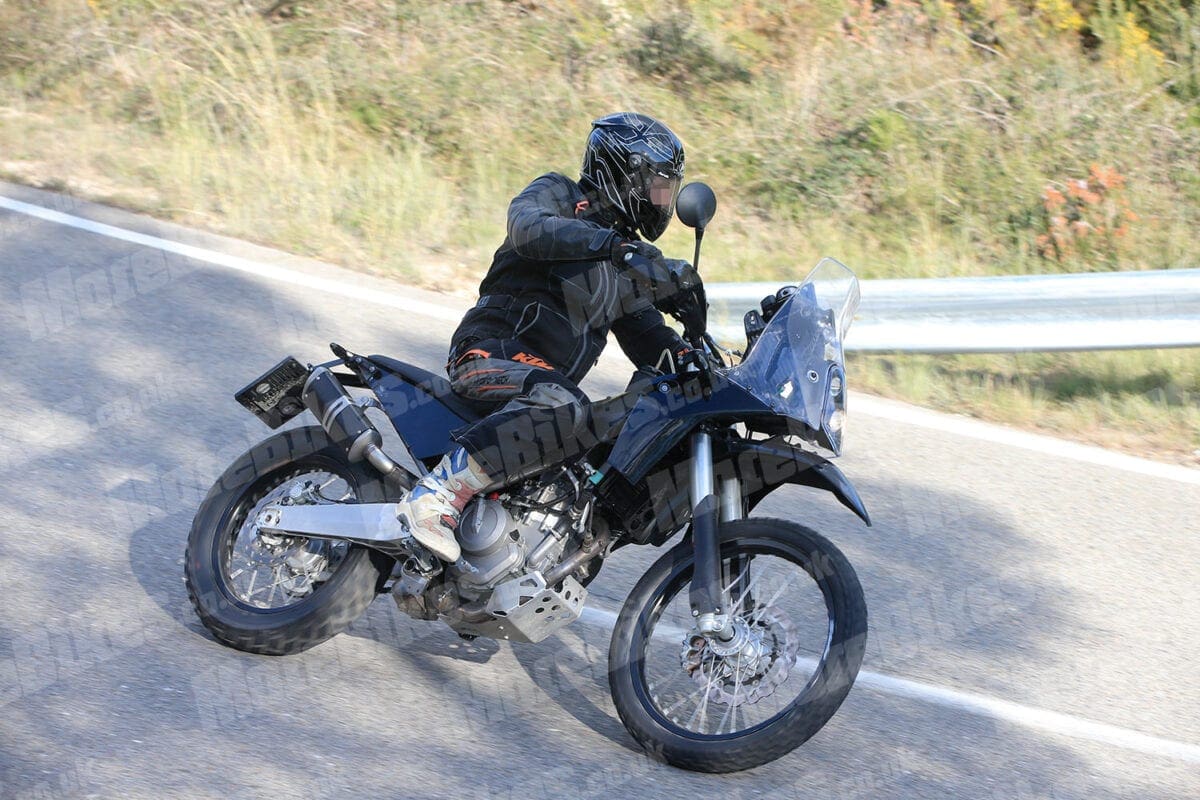 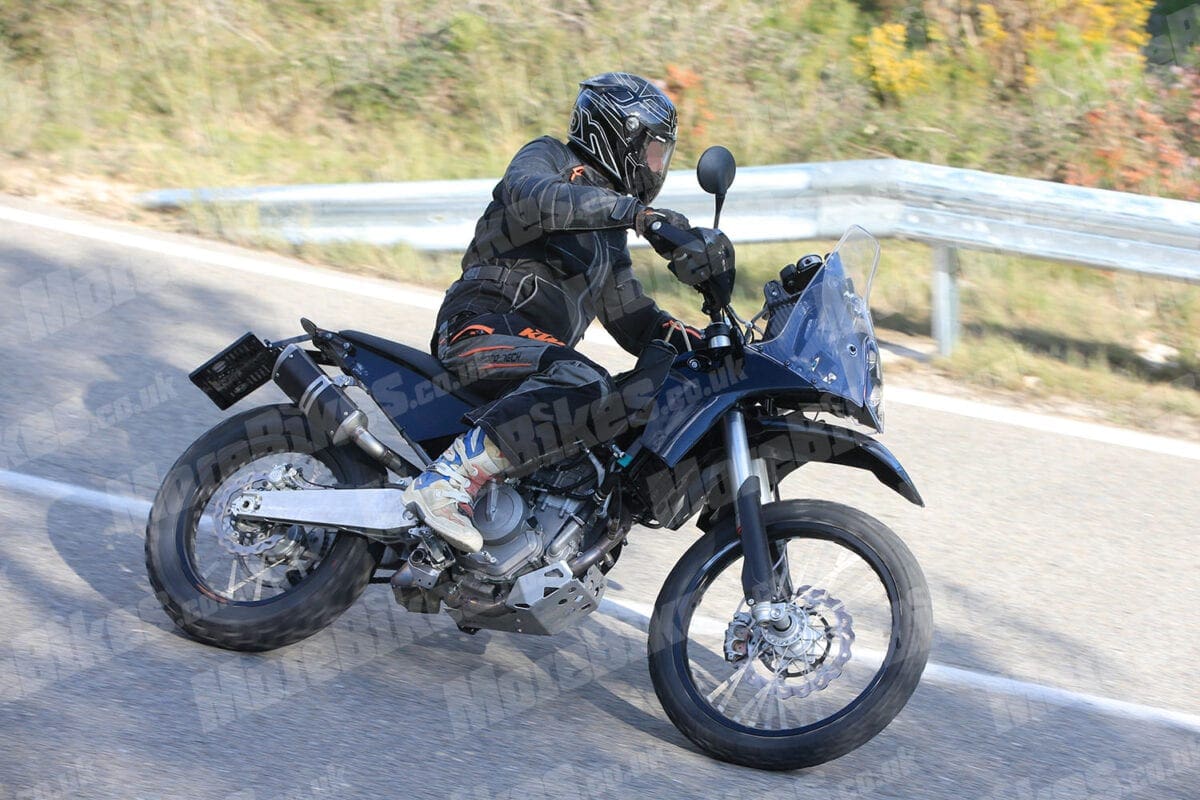 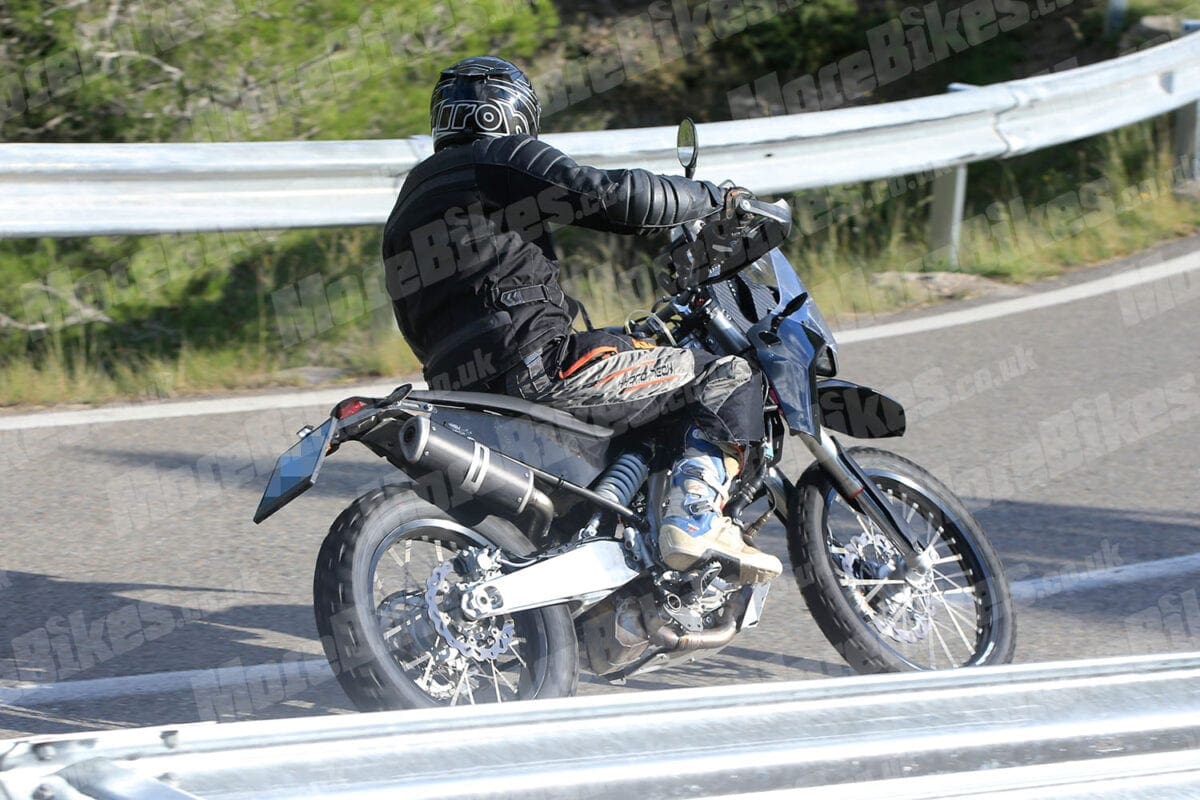 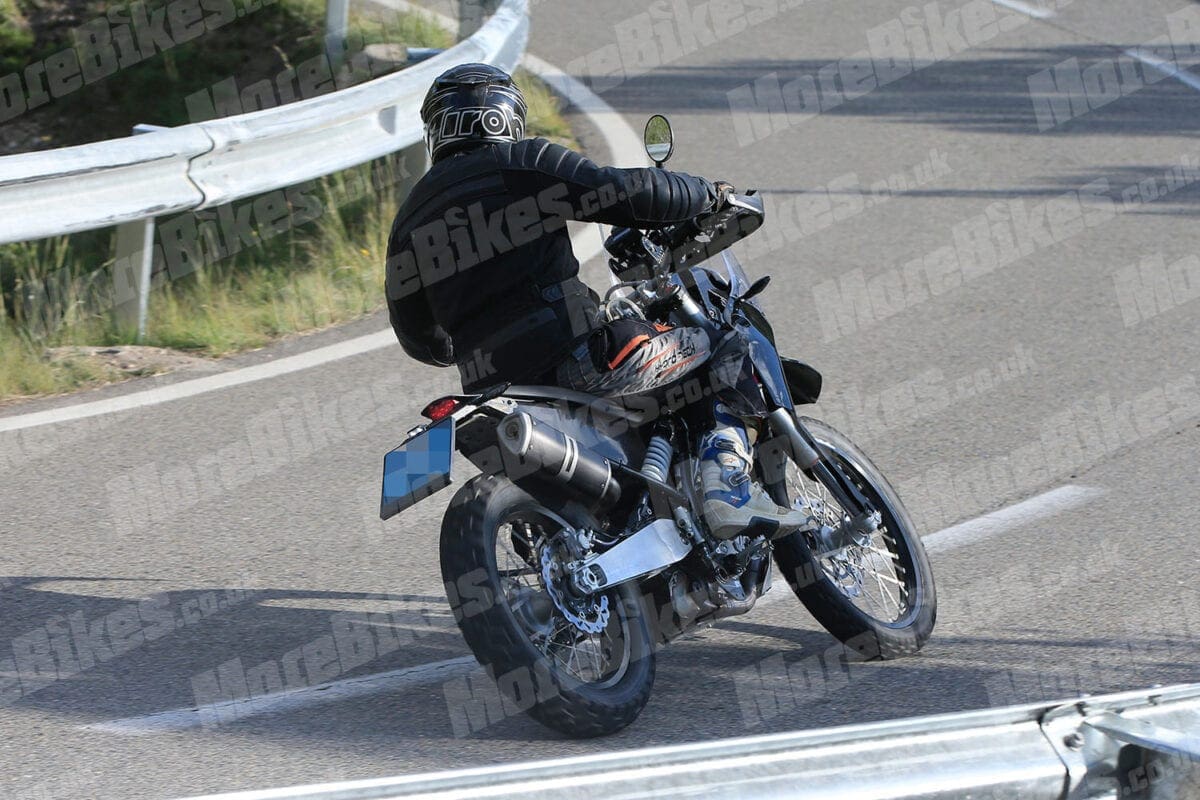 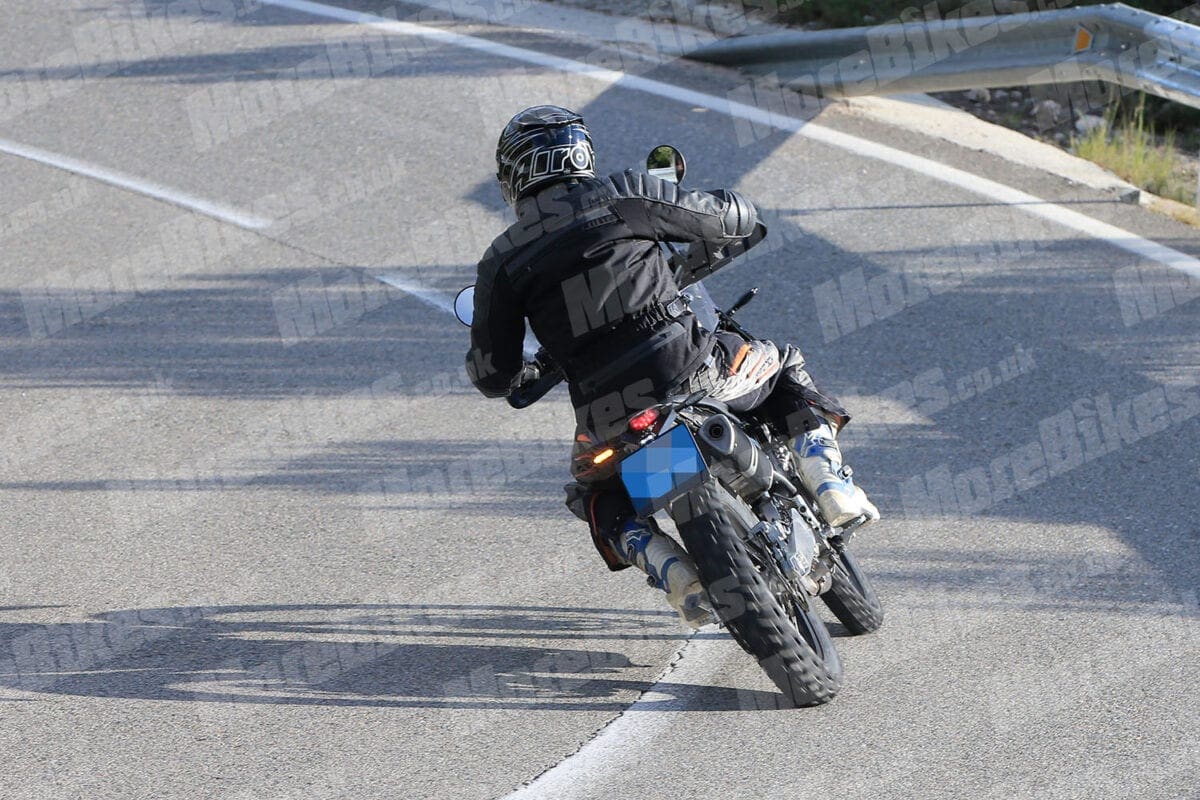