OK, weird: This is a motorcycle with the bodywork made of STONE. Yeah, stone.

OK, weird: This is a motorcycle with the bodywork made of STONE. Yeah, stone. 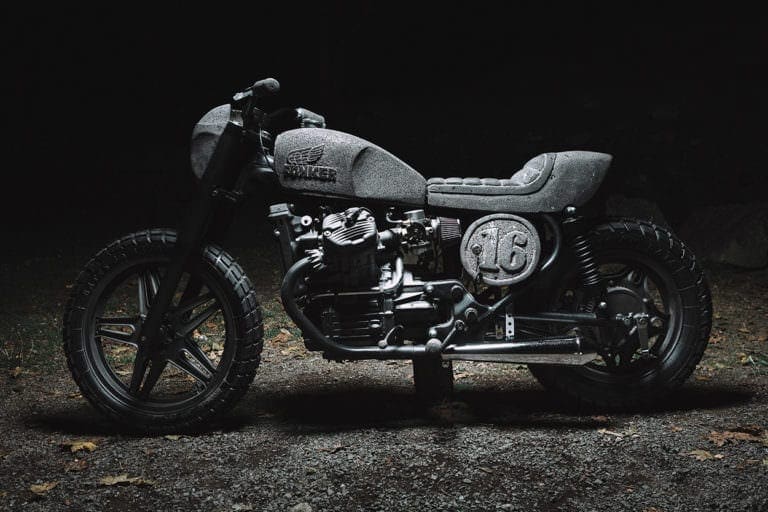 What a time to be alive! We have bikes from both BMW and Ducati with Carbon chassis, wheels and component parts – the products of companies striving to take things to the lightest form possible – and now we have this!

This is a Honda CX500 with 60kg of stone bodywork. 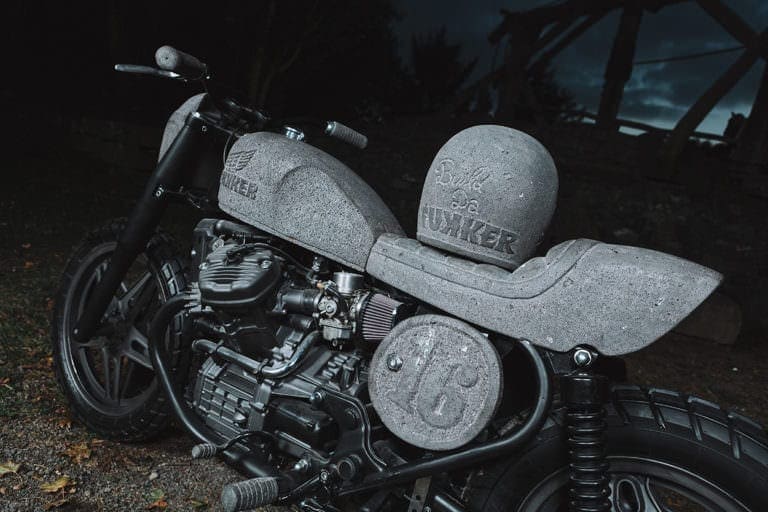 Put out there by the lads at the excellent bikeexif.com website (if you haven’t tried them out then do, it’s a great site), this is one of the three finalists in the “Build da Fukker” (sic) contest that’s run by Custombike magazine in Germany.

It’s a 1982 Honda CX500 which has been worked on by Chris Zernia of Mendig, Germany. Yep, we don’t like it either, but it’s something. 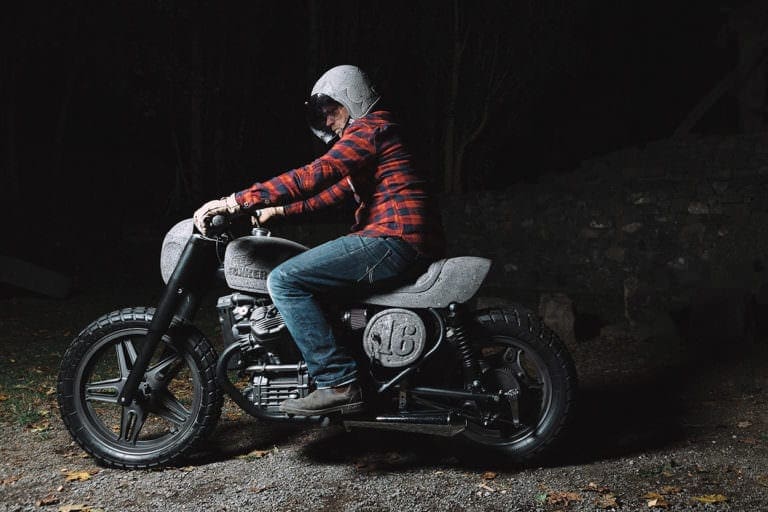 The bodywork is made from basalt – a volcanic rock – that comes from the Eifel mountain range close to Zernia’s house. He started out with 450kg of rock and worked it down to a set of bodywork that ended up tipping the scales at 60kg. 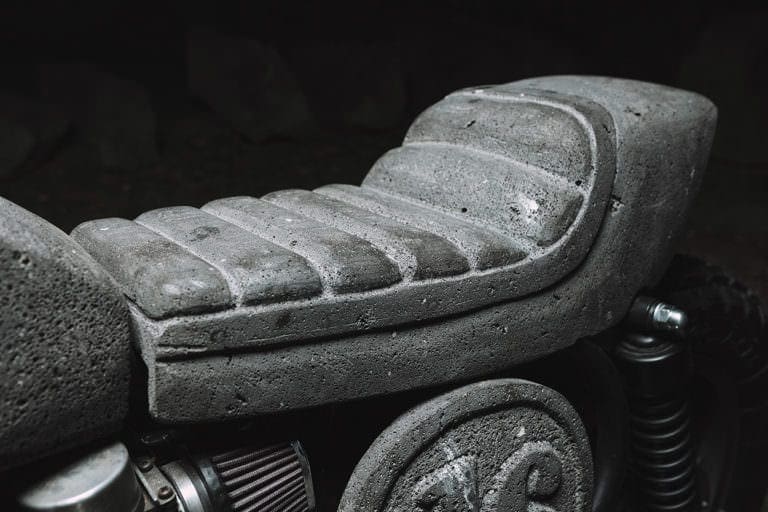 The bike’s frame has had to be re-inforced to take the top-off weight, there’s a specific set of 4mm steel tubing just to support the seat unit. Aside from the LED headlight unit (held in place with glue) the bike also gets Honda VT600 forks and the rear shocks from a Harley Dyna Glide. The wheels are Comstar units with Bates Baja tyres. 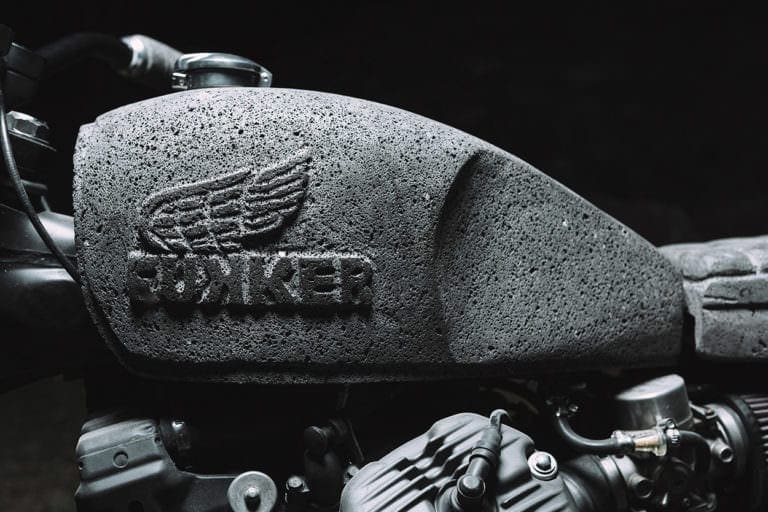