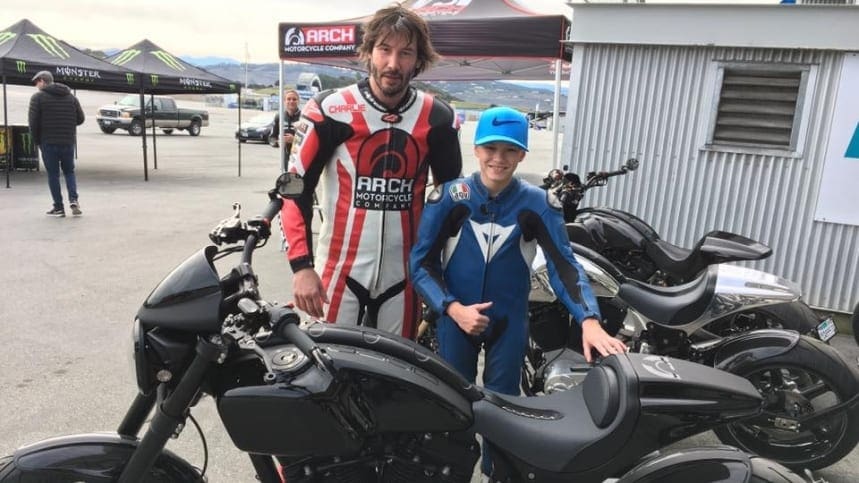 Let’s face it, Keanu Reeves is a genuine modern mega star. He’s also a life long biker and seems to be pretty much an all-round good egg. We like him for all these things.

And now we like him for something else, too. The fella’s only gone and put his hand in his pocket to sponsor a USA kid who’s doing pretty well at the racing game.

The kid’s name is Damian Jigalov, a kid who has made the switch to racing in Italy full time and has found some of the Hollywood moolah going with him. 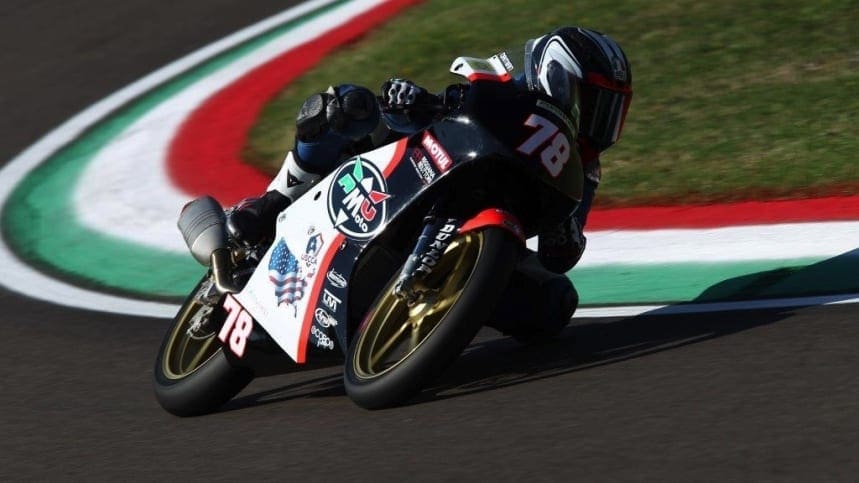 Jigalov, only 13 years old, is going to contest the Pre-Moto3 class in the Italian Speed Championship (CIV) where he made his debut last year at the final meeting of the series at an event held at Mugello.

Jigalov is going into the championship this year with backing from Reeve’s Arch Motorcycles company, a bespoke bike building firm set up by Reeves and his friend Gard Hollinger. Jigalov met with the pair last April at Austin, Texas where the plan was drawn up for the financial backing to happen in 2017. 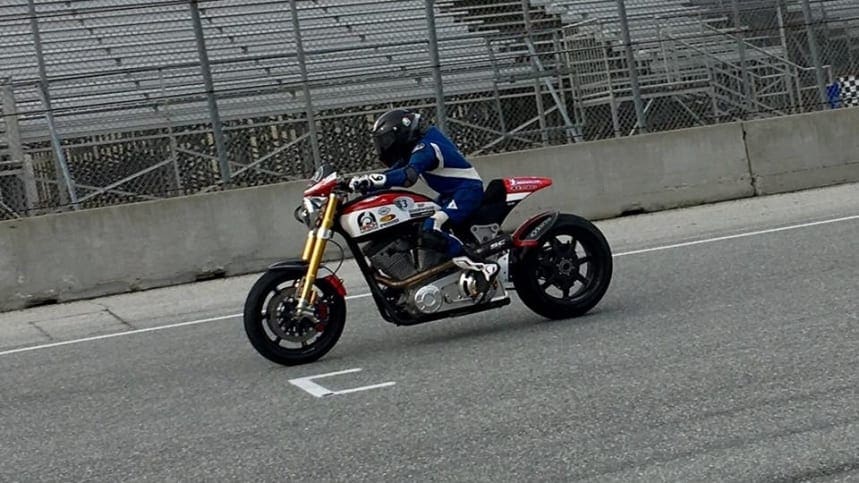 After a ride on track with the Arch owners late last year at Laguna Seca the deal was finalised. Hollinger (pictured below standing behind Jigalov) said that this wasn’t just a short-term, single-season set-up either: “Damian is surrounded by the ideal team to grow.

“Arch motorcycles is confident that his ability will continue to grow until he reaches the world championship.

“And we cross our fingers that we will have another American MotoGP world champion in a few years.” 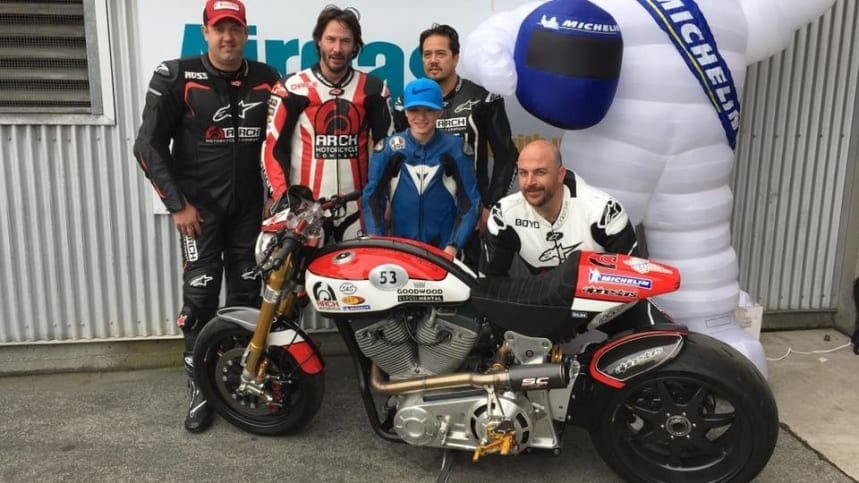