Guy Martin to RACE at the TT this year! CONFIRMED! Team-mate to John McGuinness on factory Fireblades

Guy Martin to RACE at the TT this year! CONFIRMED! Team-mate to John McGuinness on factory Fireblades. 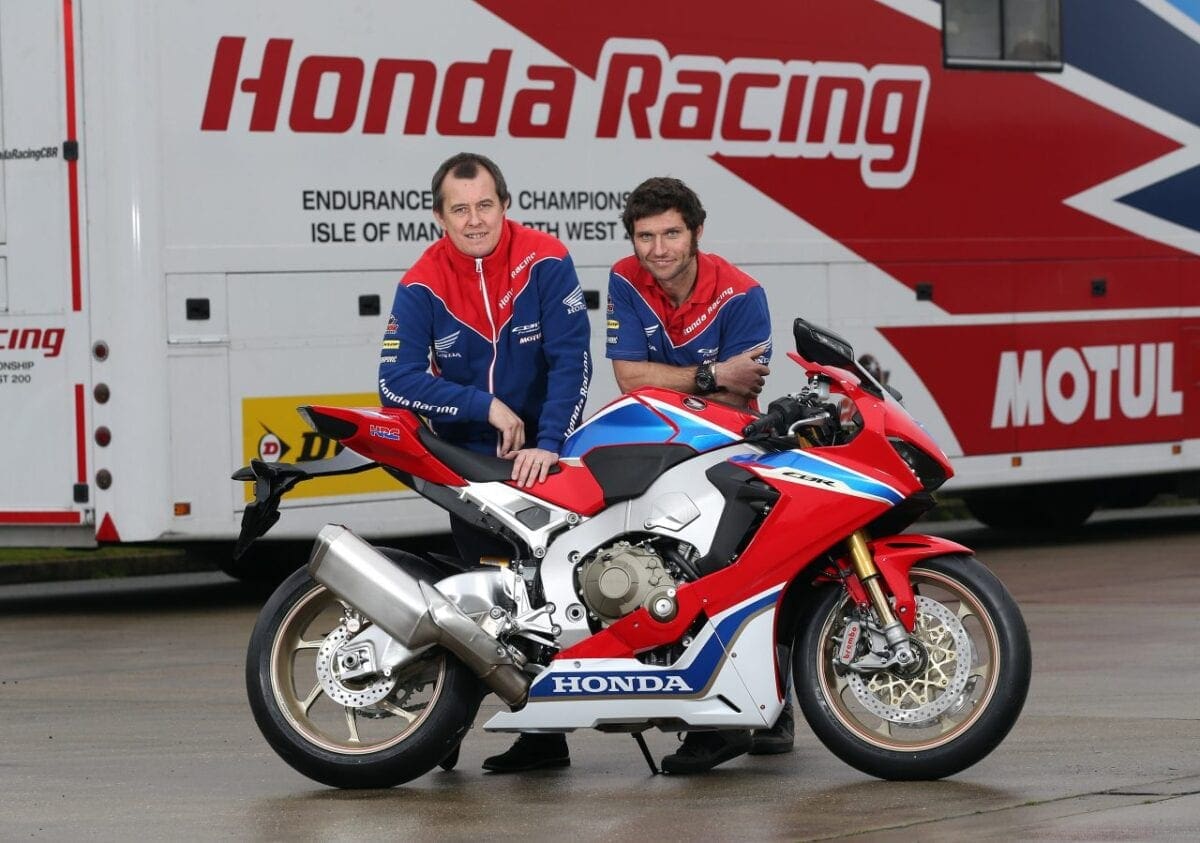 Guy Martin IS going to race at the TT this year – and he’s doing it as the official Honda team-mate to John McGuinness!

The TV star has signed to ride the new Honda Fireblade in both the Superstock and Superbike races. He will also race in a selection of other road races in Ireland, kicking off with an outing on the Honda Fireblade at the North West 200 in May. 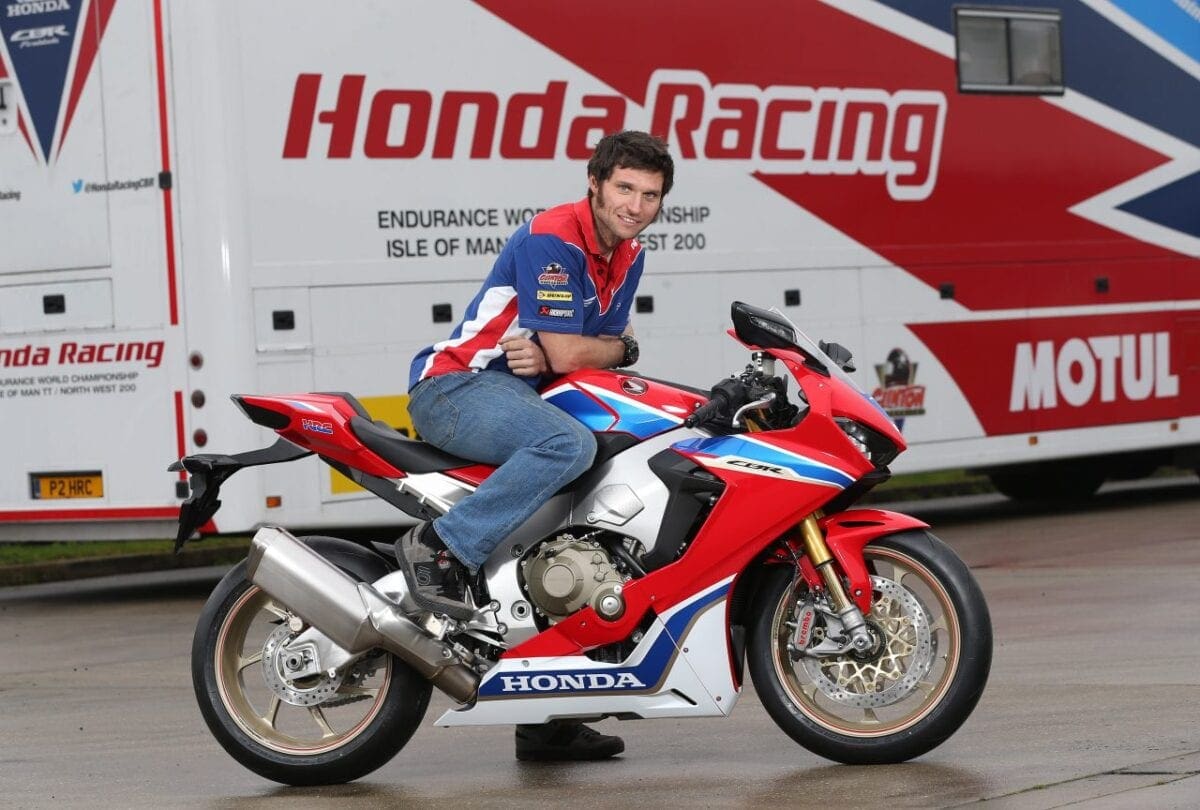 Martin had been looking to retire for good from the road racing scene (and, in effect, racing motorcycles altogether) before the offer of a factory ride on the big bike came from Honda boss Neil Tuxworth. In fact, it was only a matter of a couple of months ago that Guy said that he was ‘done’ with the TT and that: “I knew I’d had enough. It’s all the same shit going on from year to year. I’ve done as well as I could as a hobby racer, to go faster I’d need to dedicate my whole life to it and I’m not willing to do that.” You can read our article from November 30, 2016, HERE.

The move means that Guy is lining up next to the 23-time TT winner and legend of the road race game, John McGuinness (below, left). 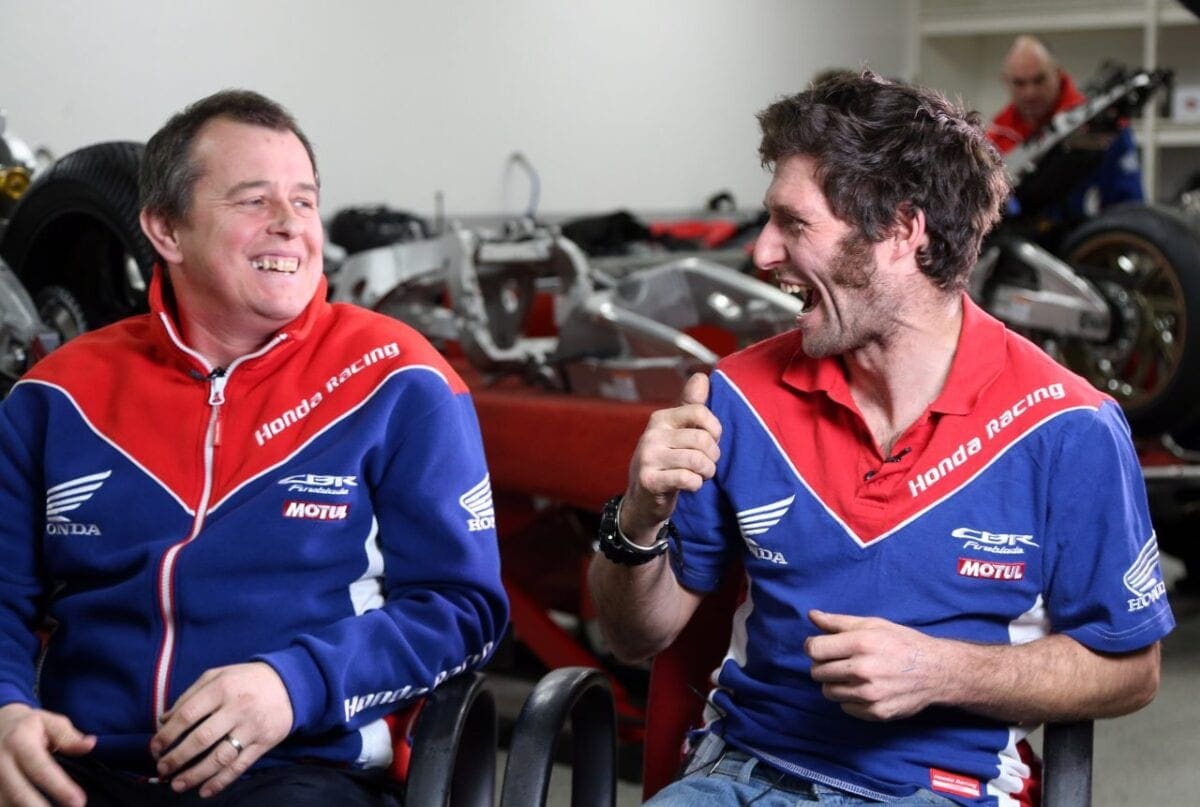 Martin said: “Neil has been talking to me for a while about joining the team, but I had a lot of thinking to do before I committed and said yes.

“I spent a lot of time on my push bike to and from work, thinking about what to do. I didn’t want to grow old regretting not giving the Honda a go, and the more time passes since making the decision, the more time I’ve thought it is the right decision.

“Honda is a great team and the Fireblade has always been a weapon on the roads, so with the new bike, I‘m keen to give it a go. We’ve got a busy testing schedule coming up and I’ve put some other stuff off to make time.

“John is the man, I’ve got massive respect for him and I’m looking forward to racing on the Fireblade against him.” 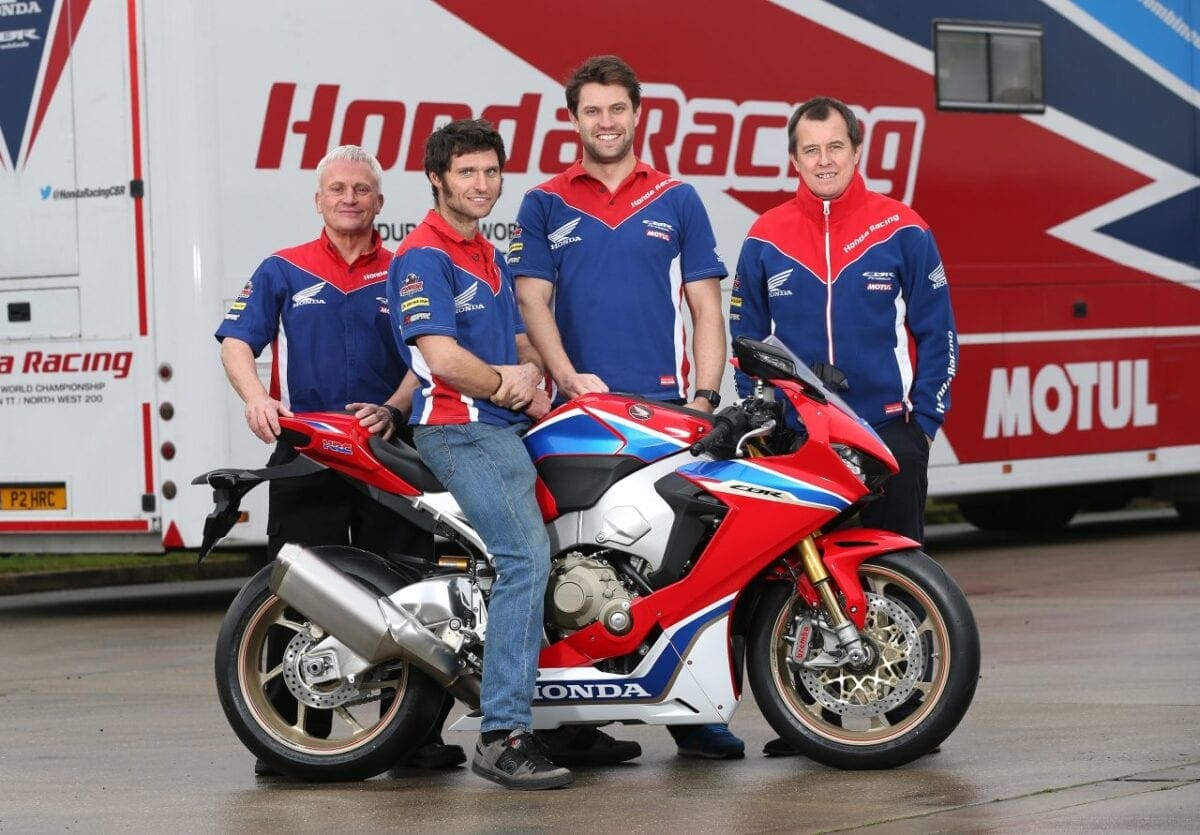 Speaking at the official launch of the team, McGuinness added: “I’m back with Honda for another year; really I’m part of the family, and I can’t wait to see what the new Fireblade SP2 can do! I know the old model like the back of my hand and have taken a lot of my TT wins with the old girl, so I can’t wait to get out on track and try the new machine out.

“I have a good feeling about this year and think we have a really good package to show that we mean business. I of course would like another TT win and I would quite like my lap record back! I always say when it’s broken that the lads are just borrowing it and I hope this year that this is the case. I am sad to say bye to the old Fireblade; I have a lot of history and good memories with that bike, but testing the new model can’t come soon enough and neither can the race season.

“I’m excited to have Guy as my new team-mate; we’ve enjoyed many a racing battle over the years and I’m looking forward to seeing what we can both do.”

Team boss Neil Tuxworth said that the plan for 2017 included standing on the top step of the TT podium: “We have two new members joining the Honda Racing team this year with Guy signing and the new 2017 Honda CBR1000RR Fireblade SP2. John is part of the furniture really, but it’s great to have him back with us for another year – it wouldn’t be the same without him!

“I really feel with Guy and John, and of course the new Fireblade, that we have a strong team ready to tackle the roads this year. Guy is hungry for his first TT win and John wants another and his lap record back, so this mixed with the new CBR1000RR means we should be in for some exciting racing action.

“The new Fireblade SP2 is so important to the team and also Honda and it’s vital we continue its legacy at the TT and add more to its 23 wins. We’re all looking forward to testing and I think everyone from the riders and the team are all excited to get on track and put the new machine through its paces.”