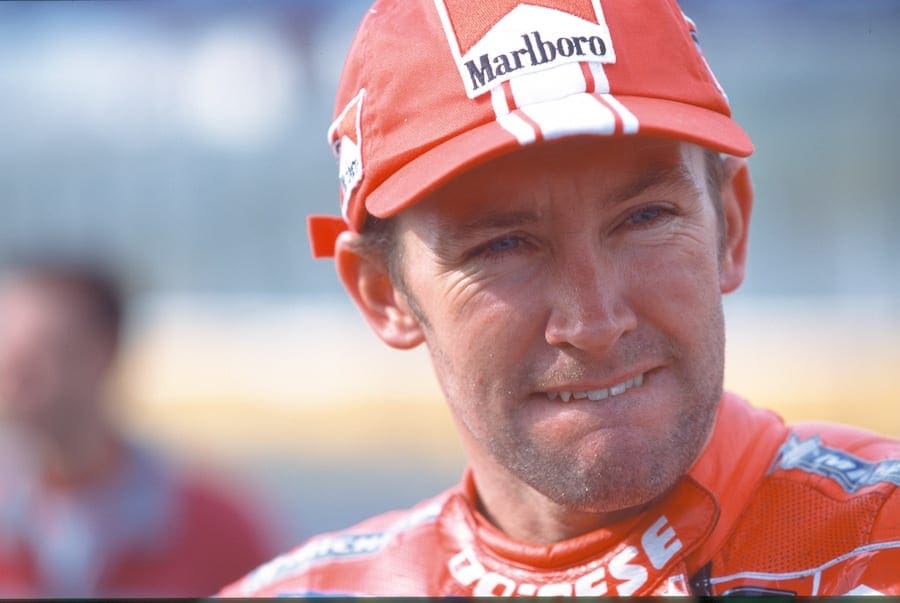 Oh yes! As if we weren’t looking forward to the Stafford show enough already, they’ve only gone and confirmed TROY BAYLISS as star guest.

Troy, one of the nicest guys in racing, will be at the event to be interviewed by Steve Plater, appear in the Classic Racer GP Paddock and meet with visitors.

The three-time world champ is still based Down Under and we don’t see a lot of him on these shores, so we know plenty of you will relish a rare chance to see and hear from a true Superbike great in the flesh.

TROY BAYLISS: A BIT OF HISTORY

By today’s standards Bayliss was a late-comer to motorcycle sport, not entering the Australian Supersport Championship until the ripe old age of 26. Success soon followed, and by the late 1990s he was riding in the British Superbike Championship culminating in a title win in 1999.

He then got his break on the world stage in 2000 when he replaced the injured Carl Fogarty in the Ducati World Superbike team and finished a creditable sixth overall. He continued the momentum into the 2001 season with a consistent display which saw him capture his first world crown in the penultimate round at Assen.

Colin Edwards edged Bayliss to the title the following year in a thrilling final round at Imola, but the rivalry was to end there as the pair’s performances had earned them rides in MotoGP. Bayliss, initially showing good form, ended his first season in sixth position but a difficult year followed in 2004, and it led to Bayliss being removed from the Ducati squad and taking up a ride with the Camel Honda team – also unsuccessful.

A reunion with Ducati wasn’t too long in the making, and in 2006 he made a triumphant return to World Superbikes, taking 12 race victories on his way to a second championship win. His form led to a one-off appearance in the final MotoGP race of the year – replacing the injured Sete Gibernau – and he showed a glimpse of ‘what could have been’ with an impressive victory; becoming the first rider to win a race in the Superbike and Grand Prix world championships in the same year in the process.

Bayliss was unable to defend his title in 2007 – a crash in an early round at Donington not helping matters – but he once again bounced back the year after to complete a dominant world championship hat-trick with a round to spare. He also racked up his 52nd superbike win in the final race of the season in Portugal leaving him second in the all-time standings behind Carl Fogarty.

While he would bow out at the top following the 2008 season, he remained a part of the Ducati team and continued to set impressive times in testing which often led to speculation about a comeback. In February 2015 he did finally return to the track, stepping in for the injured Davide Giugliano at the start of the season. He completed both races at his home round of Phillip Island and at Sepang where he recorded a ninth-place finish – his best of the four. 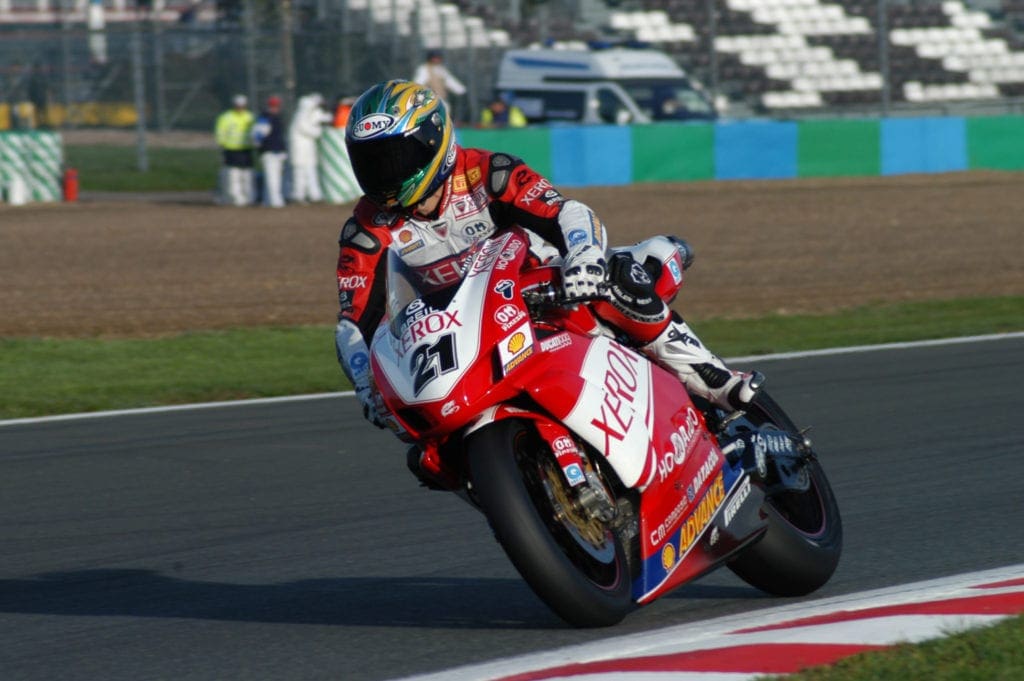 Bayliss’s appearance is just one of many attractions at what is the biggest event of its kind in the world at Staffordshire County Showground, April 22-23. There will be hundreds of trade stands packed into the halls offering thousands of deals on parts, spares, tools, memorabilia, accessories and more, and they’ll be joined by club exhibits and private entry displays which will showcase the most stunning old machines from the UK and across the world. Main show sponsor Carole Nash will among the exhibitions at the centre of the main hall, offering visitors superb insurance deals with an expert team on-hand to answer showgoers’ questions.

There’s plenty of live action to enjoy: famous race machines will be fired up in the Classic Racer GP Paddock, there are trials demos in the Classic Dirt Bike Experience, a classic bike cavalcade in the showground’s main ring and demonstrations in the Restoration Theatre.

And if all that wasn’t enough, Bonhams’ annual Stafford Spring Sale will be open for viewing throughout the weekend before the actual auction gets under way on Sunday afternoon.

Discount advance tickets are now on sale, with a one-day adult pass costing just £12 when purchased before the deadline of 11.59pm on Sunday, April 16. There are further savings for senior citizens and under 12s, plus free parking at the venue. For more information, or to buy tickets, visit the EVENT PAGE or call 01507 529529.