SPY SHOTS: KTM’s next gen roadster is FINISHED and we’ve caught it out on SECRET road tests

SPY SHOTS: KTM’s next gen roadster is FINISHED and we’ve caught it out on SECRET road tests.

Whilst we were the first to show you this bike, months ago, and now we’re the first to bring you these great photos of the bike this time in a much more finished state than previously seen.  The bike’s split headlight and sharp face echo the 790 prototype that we brought you from the Milan Show last year and the bike’s entire bodywork has been sharpened up and slimmed down.

The whole bike looks pretty much finished. The bodywork and riding position show how physically small and focused the overall machine will be. There’s clearly some styling cues shared between the bike in our photos and the 790 prototype although the new roadster’s exhaust, road legal bits and tank aesthetics are tamed down from what the design-bods exposed in Italy.

Here’s a picture of the prototype so that you can see what we mean – the face, shoulders and seat unit on the prototype bear more than a passing nod to the new bike’s bodywork: 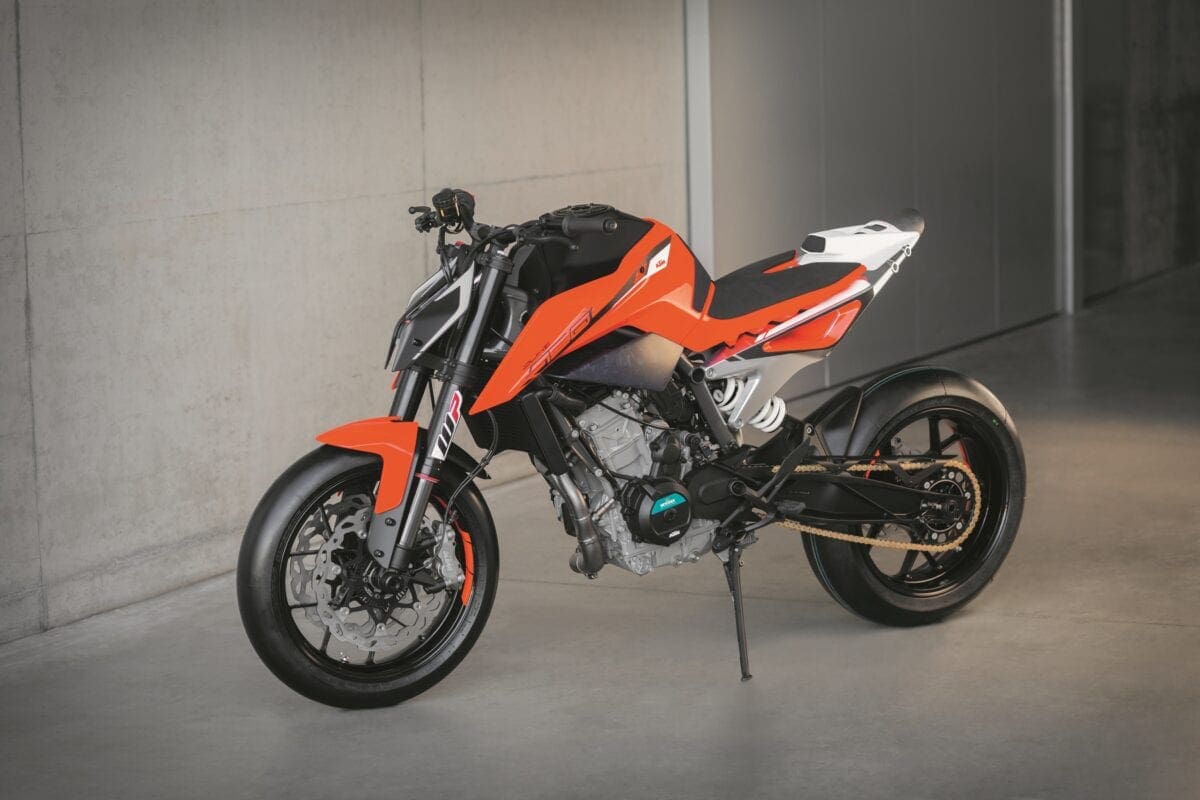 Expect to see the new road bike in painted form appearing at some stage this summer and making up a major part of the Austrian firm’s 2018 range.