REVEALED! Here’s the OFFICIAL design drawings for Honda’s V4 superbike. It’s got a rear ‘wing’. Single seat and looks like a suped-up Blade.

It’s real. It’s the V4. It’s real. That truly was worth saying twice. The reason? These actual, finished drawings of the bike from Honda itself. Real designs, real details, really want to ride it. Oh boy… 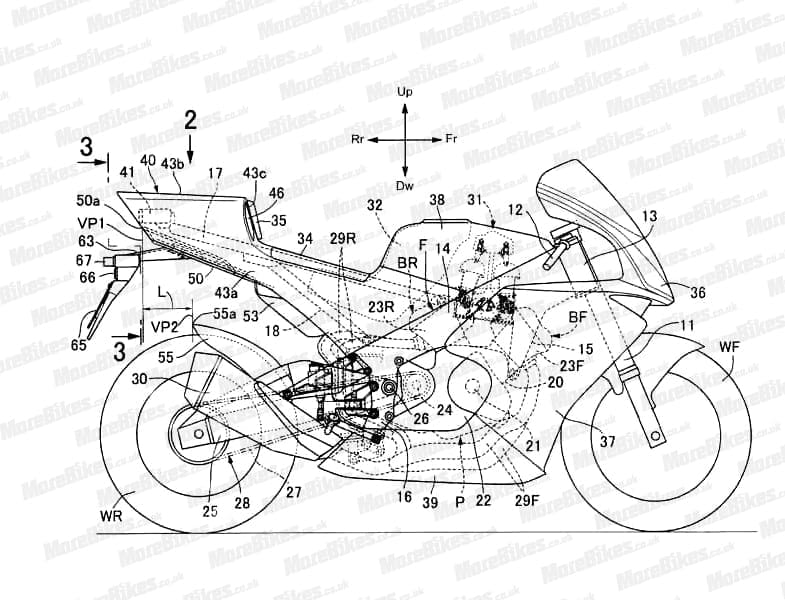 Here’s the official patents filed by Honda for its 2018 V4 superbike.

Yeah, the V4. Cleverly, Honda filed the patents under a description for a re-design on the footrest hangers rather than registering these patents as anything to do with a motorcycle in an attempt to keep things quiet, but our story exposes the secrets for you.

The way these designs were filed were to make the whole package look like some basic metal changes to an anonymous Honda vehicle, but a small part of the overall design outline relating to these documents has to show other factors of the motorcycle, namely the routing of the exhaust pipe from the rear cylinder of the motor – it’s this pipe that has also has to be slightly changed to take in the footrest changes, too. The drawings also have to show an outline of the motorcycle that both the exhaust routing and aero bodywork relate to.

And that’s how we’ve got our hands on these official designs for the finished V4 superbike.

So what these ‘hidden’ official drawings show us is several aspects of the V4 superbike. And they are:

1: The side-on view of the complete bike (below). Note these things: the engine outline as a dotted line which is marked like this because it’s hidden away behind the bodywork. It’s clearly a V – also note the number of pipes from the front cylinder and the pipes out the back cylinder which snake back around on themselves before joining up with the main, single low-mounted exhaust. 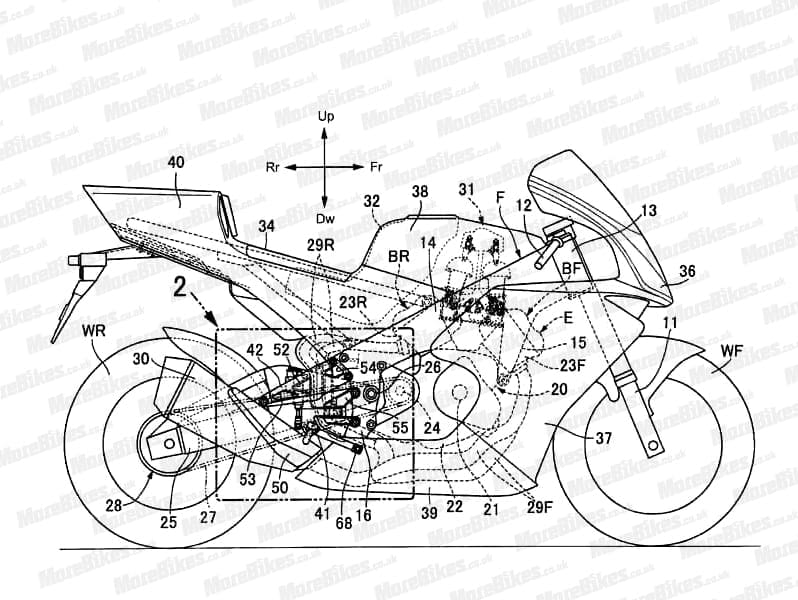 Here’s the top view of the new footrest design showing the two pipes from the rear of the motor and how they route to run behind the right footrest (the pipes are item 29R): 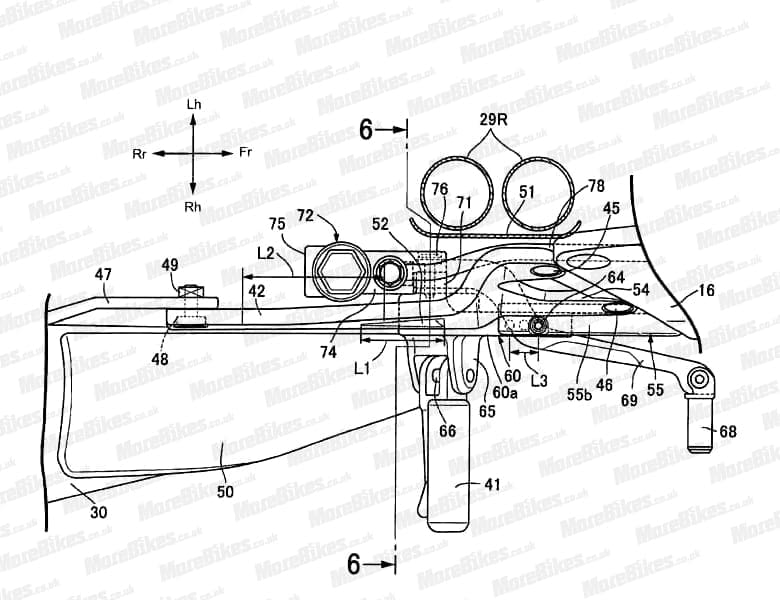 2: The aggressive, forward slanted stance of the bike. The outline of the subframe runs all the way down from the back of the bike to the top of the motor. There’s no bulky frame shown in the drawings either, the motor is a super-strong stressed member negating heavy frame parts where possible.

3: The large rear single seat unit. Other views on the patent spend a lot of time describing the way the air flows through a ‘wing’ built into the rear unit (in the drawings below, the top of the ‘wing’ is item 43b, the the gap for the air to flow through is item 45b). This is, so far, the only nod towards aero on the future model but given the length and width of the seat unit, plus the detailed description of how the air can travel down through the seat unit, it’s a major factor in the V4’s development. 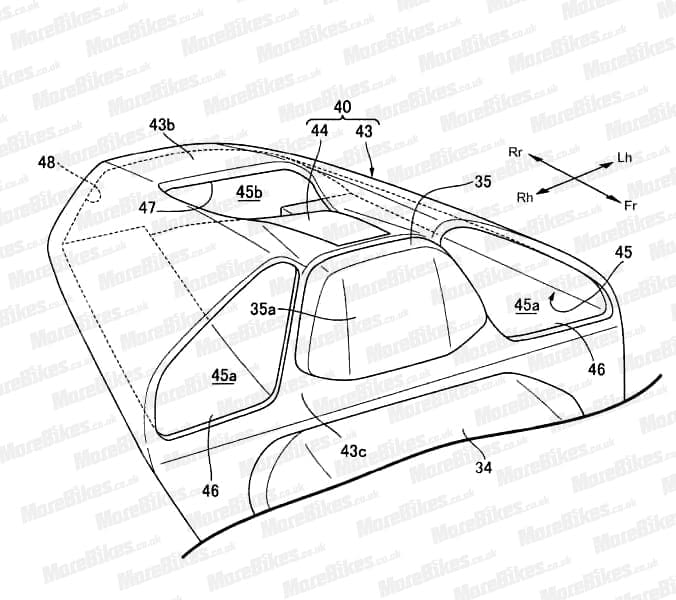 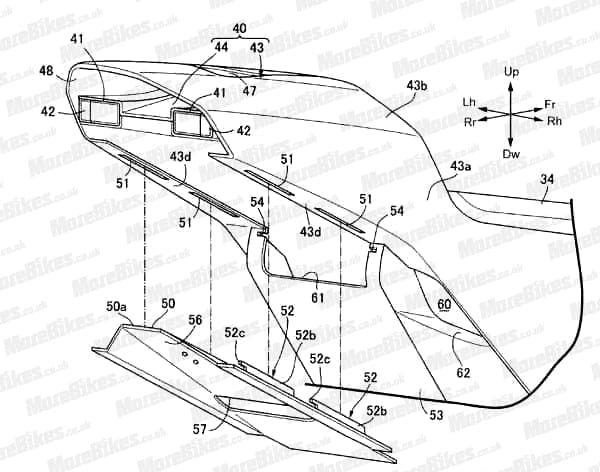 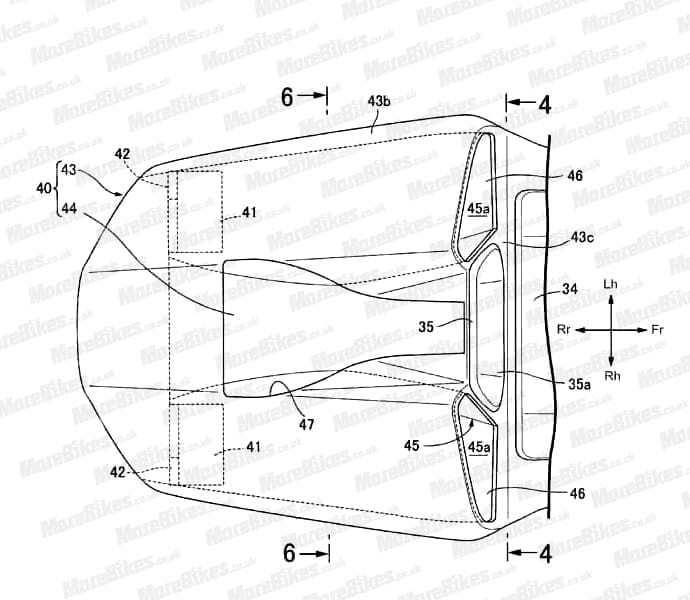 4: Item 46 in the drawing below show the lesser-effective side air-flow vents in finished position as the seat unit will be made. In the side-on design, two drawings below, you can clearly see the air-flow through the unit which is shown as two dotted lines with an arrow at the end of each out of the back of the unit. There are also lesser air-flow routes shown at the base of the seat unit. 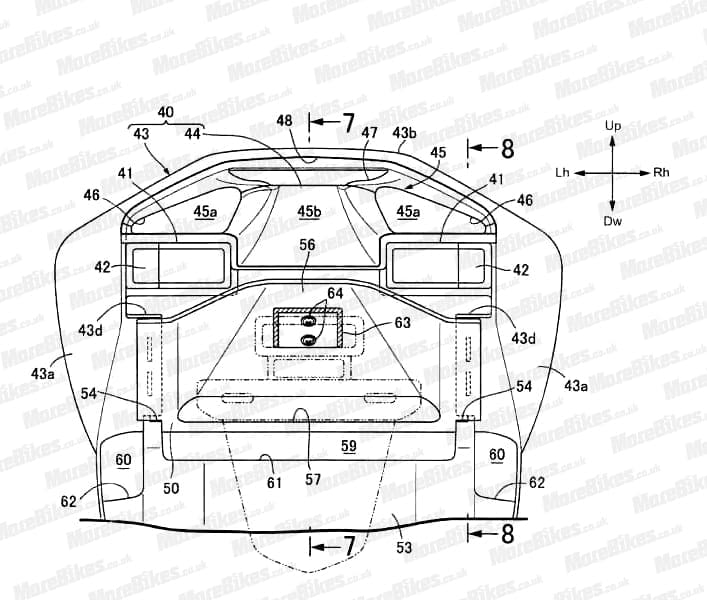 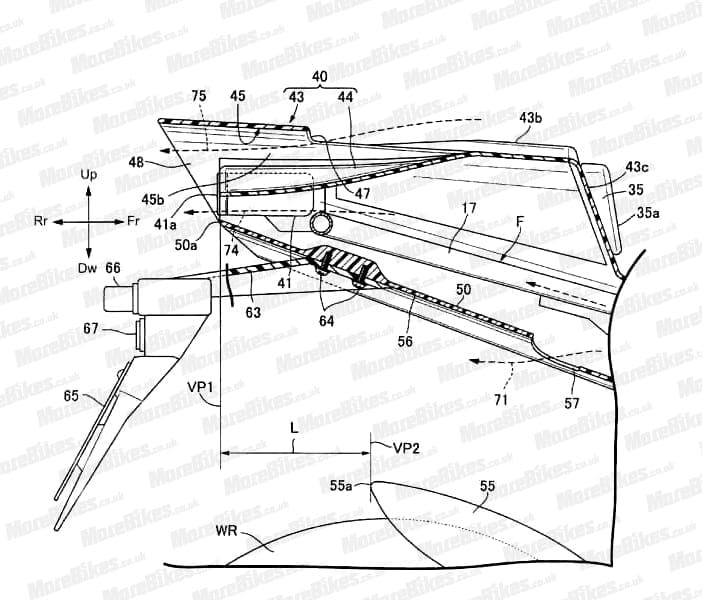 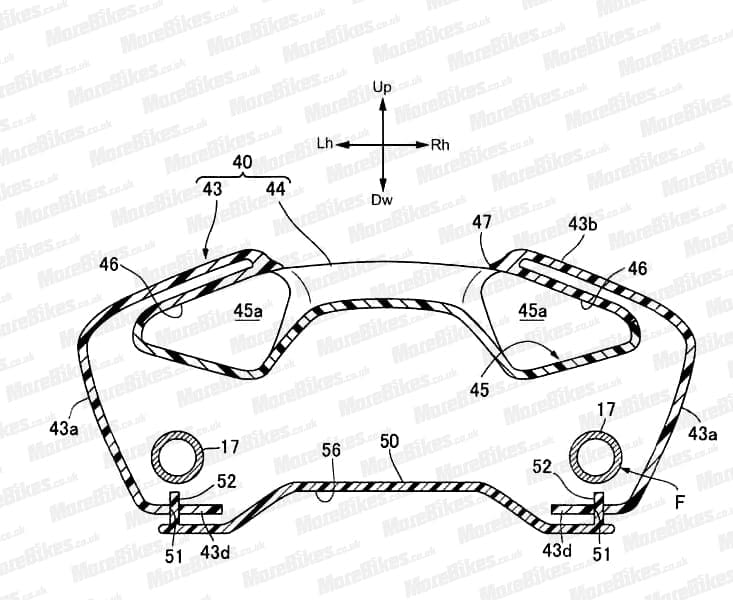