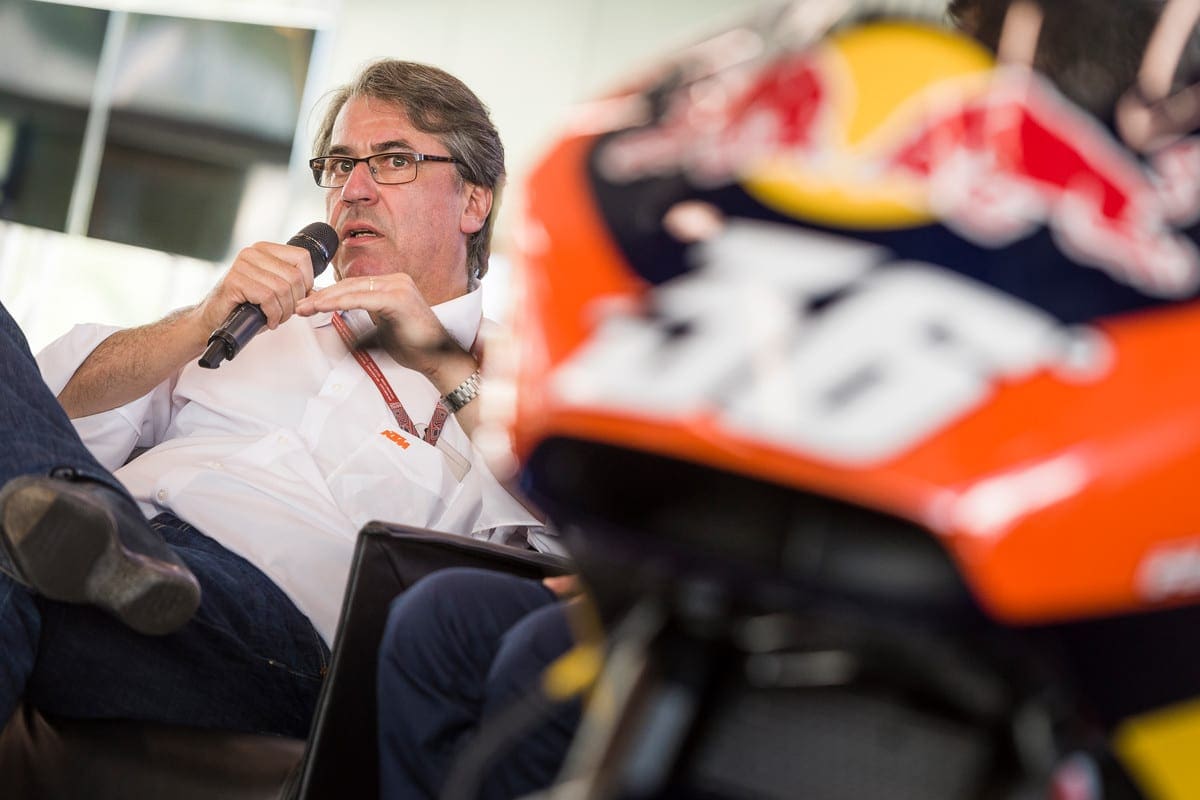 Speaking to Italian journalists, the man at the top of the KTM tree is reported to have broadsided his Japanese rival by saying the following about his discomfort at having to run a Honda engine in his factory KTM set-up in the Moto2 class, throwing in that Honda is KTM’s: “Most hated competitor.”

He added: “The Moto2 class is cheaper to run for us because the engine is ‘frozen’ but that engine comes from our more hated competitor, Honda.

“This, however, doesn’t create a problem for us, we take it and put our own mark on this bike. And from what I heard we will be using Triumph engines next from 2019. This already sounds better to me!” 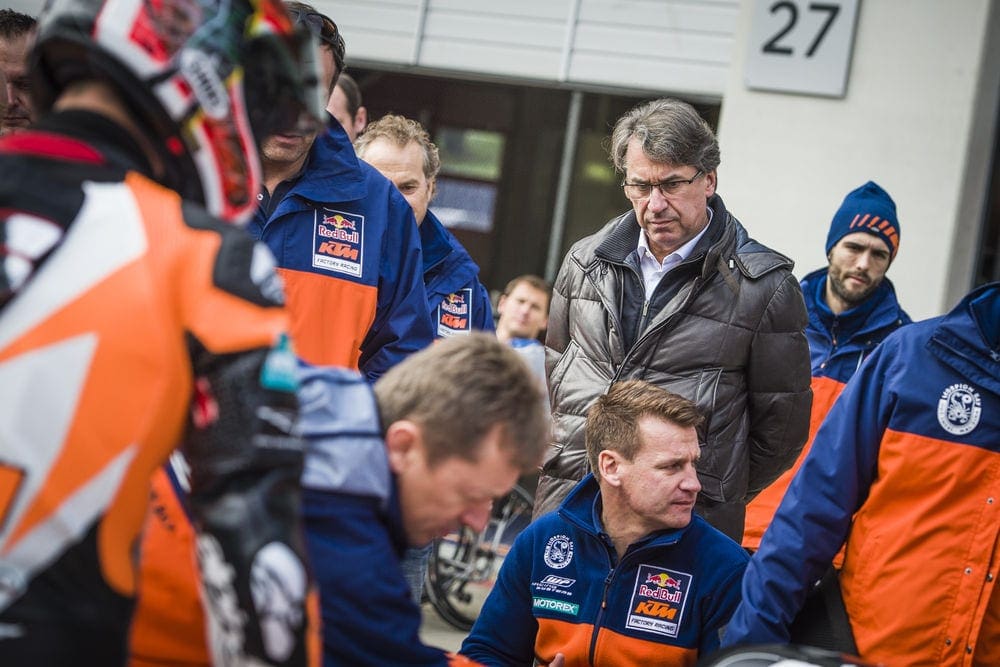 Pierer was asked by the attending journalists to explain why he’d made the cutting remarks against Honda, he added: “Honda is a great competitor which does not need to try to win by cheating, yet we feel the same.

“Look at what happened to the Dakar just two months ago (when Honda riders were giving one hour penalties for refueling their CRF450 racebikes outside the designated refueling areas). And think of the Moto3 class of 2015 (when Pierer accused Honda of exceeding the category’s maximum rev limits in the class)…

He finished by saying: “It’s always the same. I don’t know why. They don’t need to do that. That’s the reason why we love to beat Honda!”