Fancy a high-speed, tyre-screeching weekend of action on at the famous Santa Pod quarter-mile strip? How about following that with a few beers and some awesome music in Fuelers? Yeah…? Then turn your calendar to May 20-21 and get Race, Rock ‘n’ Ride 2017 marked down!

The weekend-long festival of motorcycling is back for its second year at the Bedfordshire track – sponsored once again by Principal Insurance – and critically acclaimed tribute act Limehouse Lizzy will headline the evening entertainment for weekend campers. 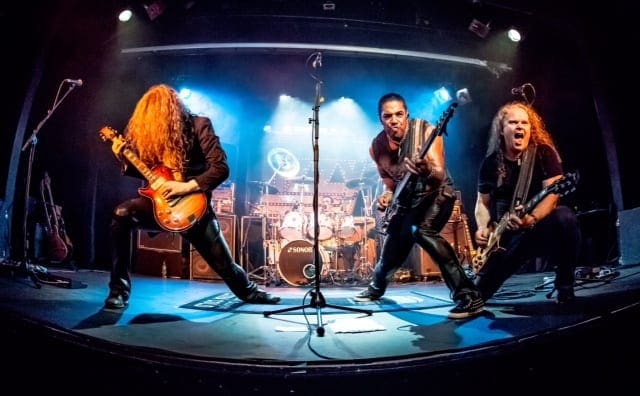 As a world-renowned Thin Lizzy tribute, it’s sure to be a heck of a crowd-pleaser – and head of the event Nick Mowbray said: “We’re buzzing about the evening entertainment at Race, Rock ‘n’ Ride this year. Our 2016 show was a huge success, and the addition of Limehouse Lizzy is sure to continue that – if not add to it!”

We’re here to tell you that Limehouse Lizzy are about as close as you can get to the real thing, with vocalist Wayne Ellis being described as an ‘uncanny ringer’ for the late, great Phil Lynott. The band oozes charisma, keeping the spirit of the Celtic rock icon and his much-loved Thin Lizzy alive, guaranteeing a rocking show.

Adding to the Saturday evening attractions in the Fuelers Bar – all of which are included in the price of a weekend ticket at just £23 – are West Midlands four-piece alternative rock band Anchors and Alibis, plus TotalRock DJ Tina Saul. 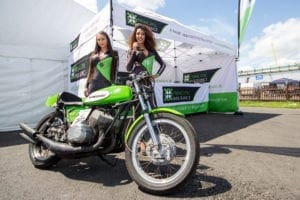 Topping it all off, Fast Bikes magazine lends its name to the famous Santa Pod Run What Ya Brung – a chance for showgoers to burn some rubber and show what they’re made of on the strip against their peers; and Back Street Heroes magazine plays host to the Custom Show – an awe-inducing array of beautifully crafted machines.

For a full list of what’s on over the weekend, and to book, visit racerockride.com