REVEALED: Suzuki’s plans for its own in-helmet display system linked to a bike mounted rear camera that moves as you move your head! 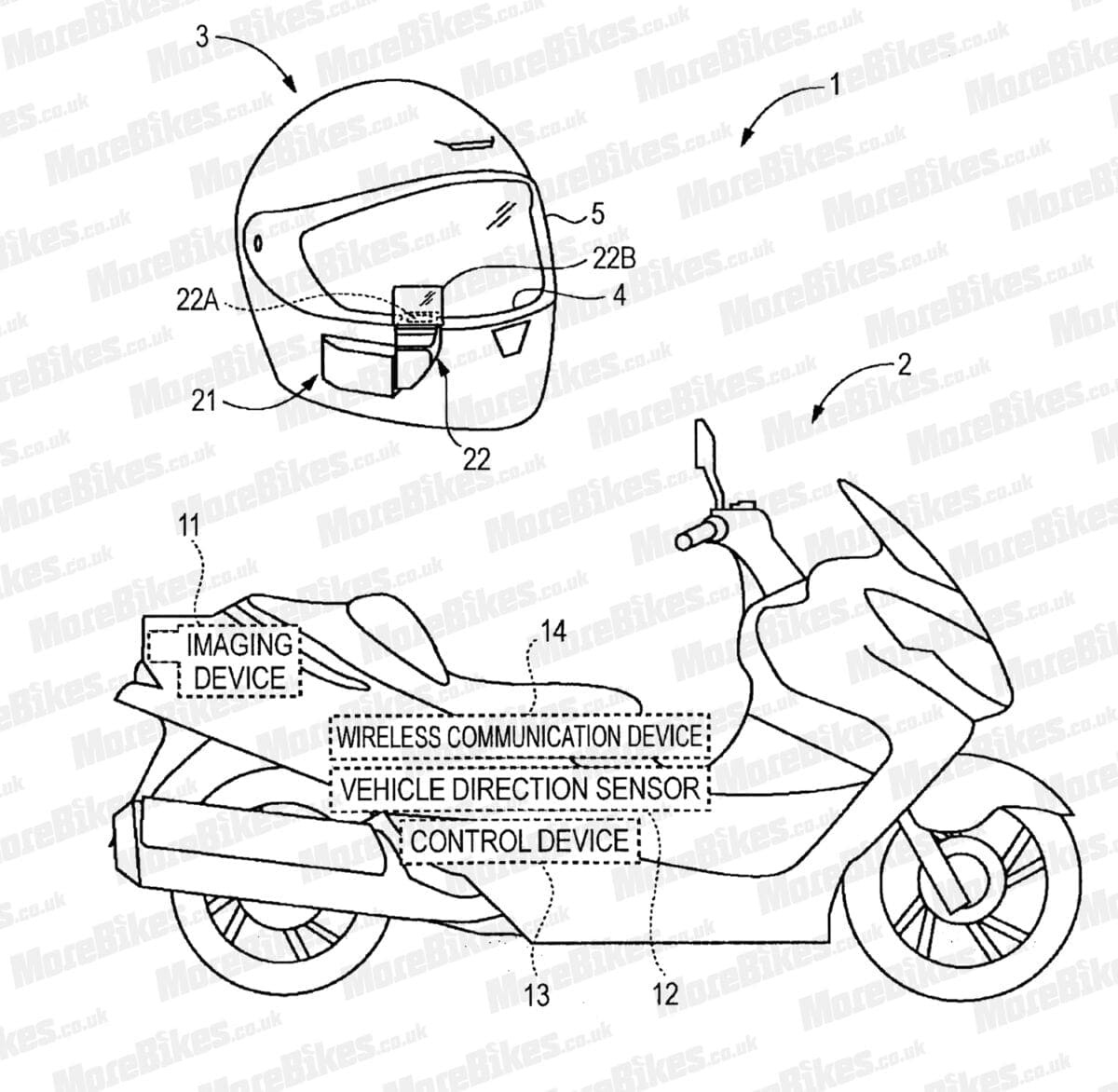 Suzuki is going to launch its own in-helmet augmented-view system that will be linked to a variety of motorcycles and will give live, real-time link ups to rear facing cameras in the back of a bike!

The system will use a small screen and projector to feed information on to the inside of the visor whilst the bike will act as an information hub sending information such as speed, fuel, revs and live traffic information to the rider. 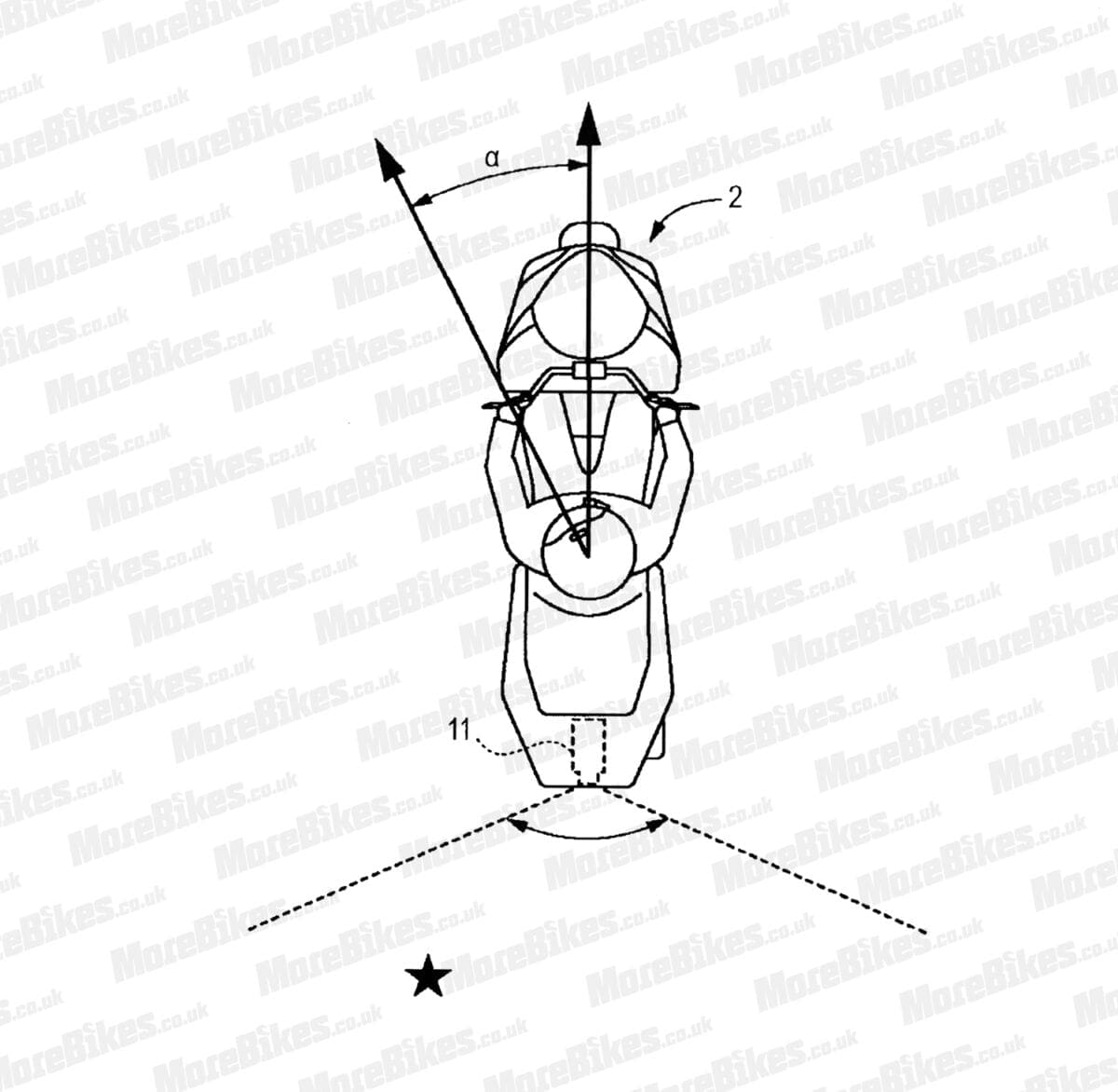 It will also use a third of the visible visor space to project footage live from a video camera mounted just under the pillion seat. 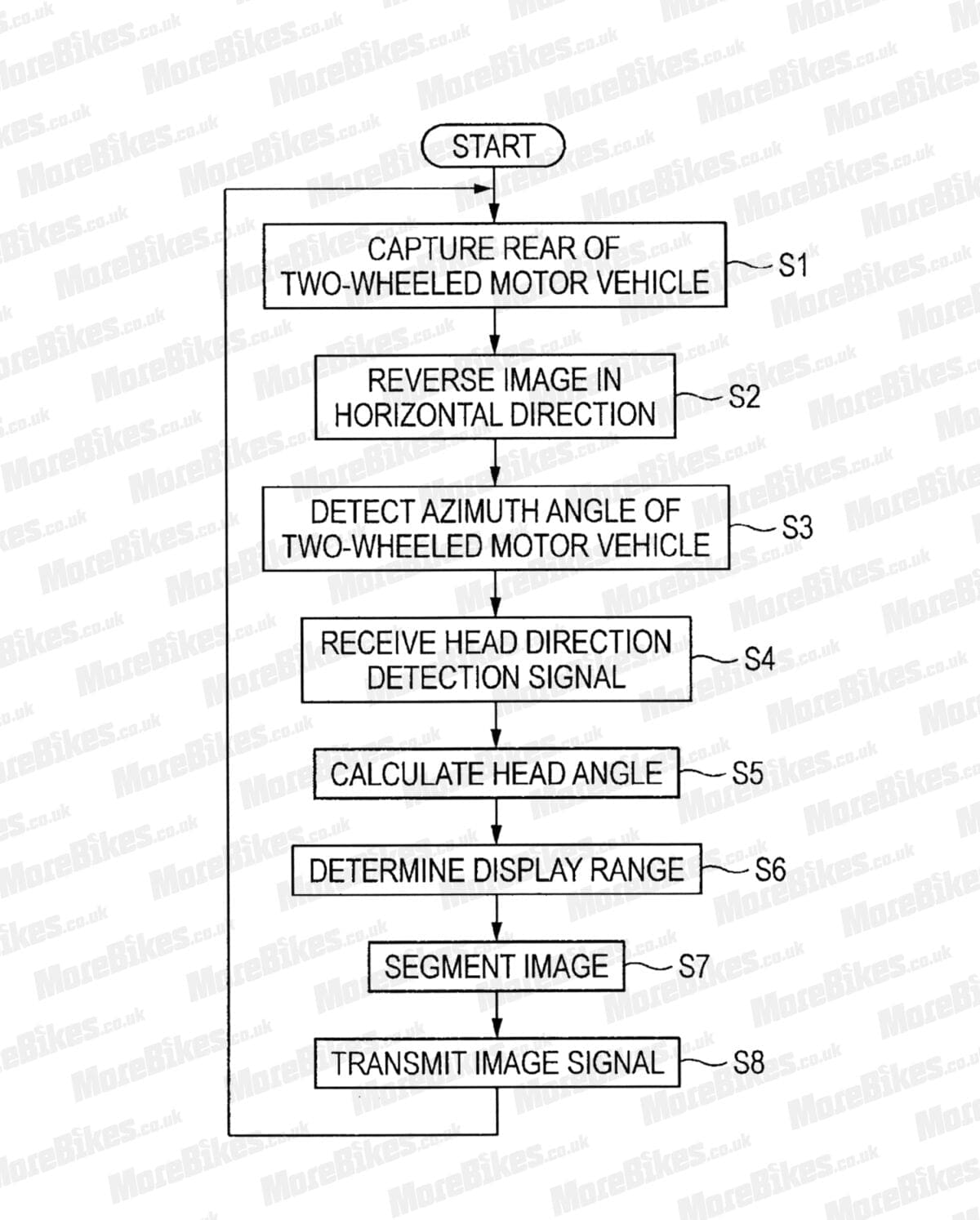 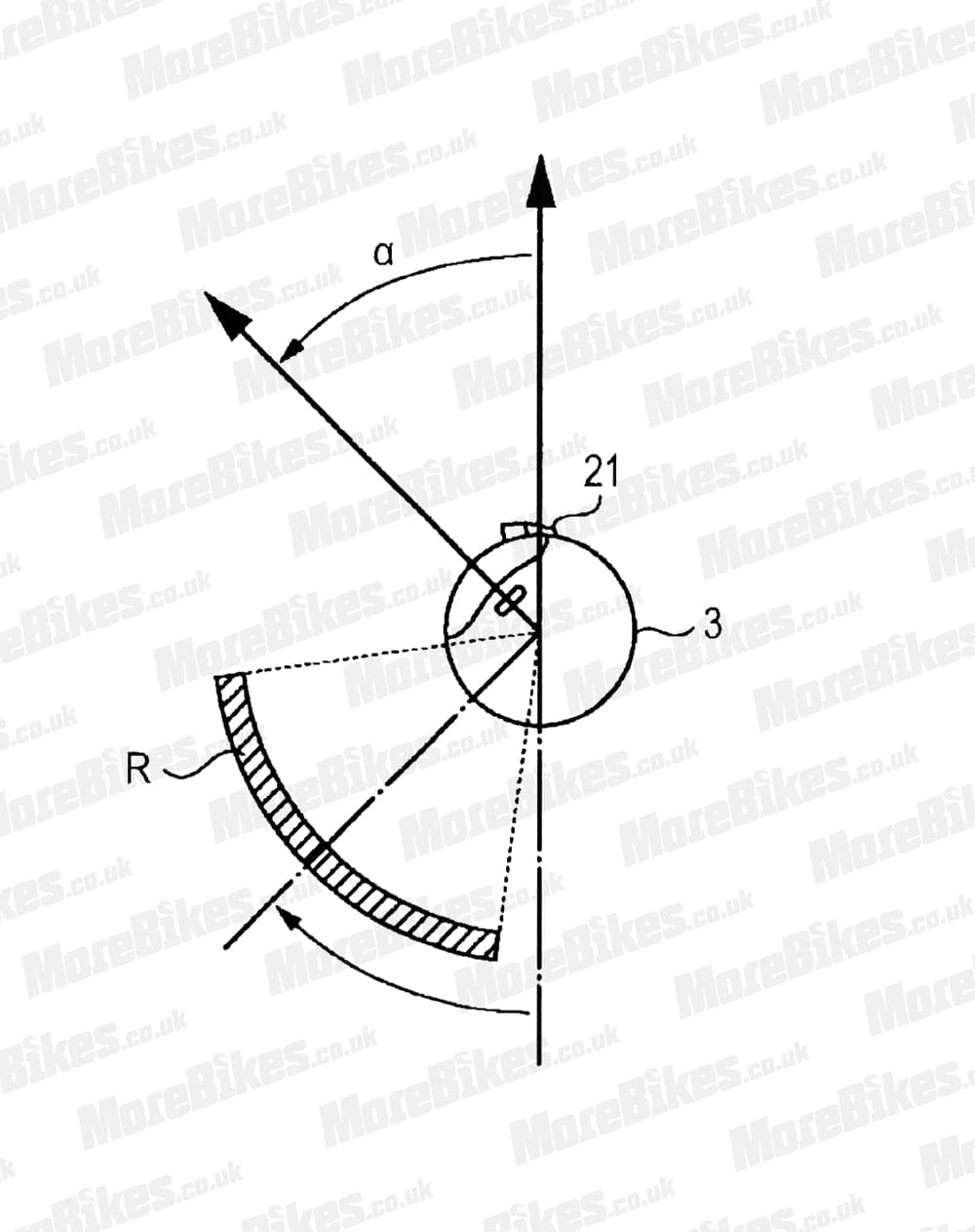 But here’s where it’s really clever, the system is active and turns the camera to face in the same direction as you’re looking. So if you look into a left hand turn the rear-facing camera turns to its right. The patent says that this creates a view which the brain can make more immediate sense of rather than it just being a live image of the road immediately behind the cornering bike. 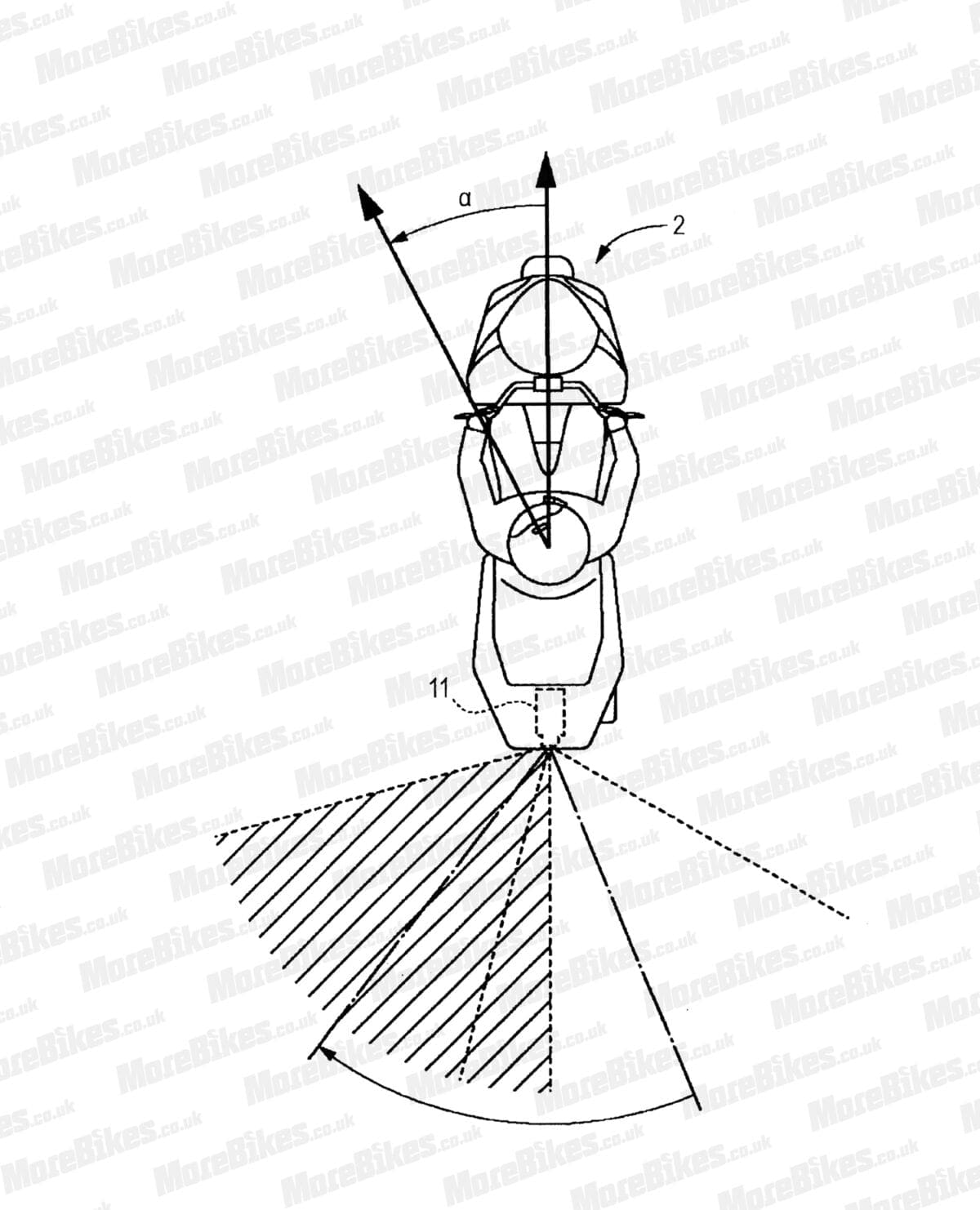 Suzuki Japan has tried to squirrel this design away on a scooter design but in terms of what Suzuki does, this is pretty normal. All major design developments for tech which will be put on other models and various sizes of bikes in a future range are often first files on Suzuki scooters but appear later on as part of a bigger bike tech range.

This is the first time that a major manufacturer has shown a system like this under its own banner with no other manufacturer of the in-helmet tech stepping in, with Suzuki factoring in the system to an upcoming large scooter it won’t be long until we see this sort of thing on a motorcycle proper.