Spy Shots! Here’s KTM’s 790 Duke in FINAL bodywork and styling! The 2018 bike caught out in final phase of testing. 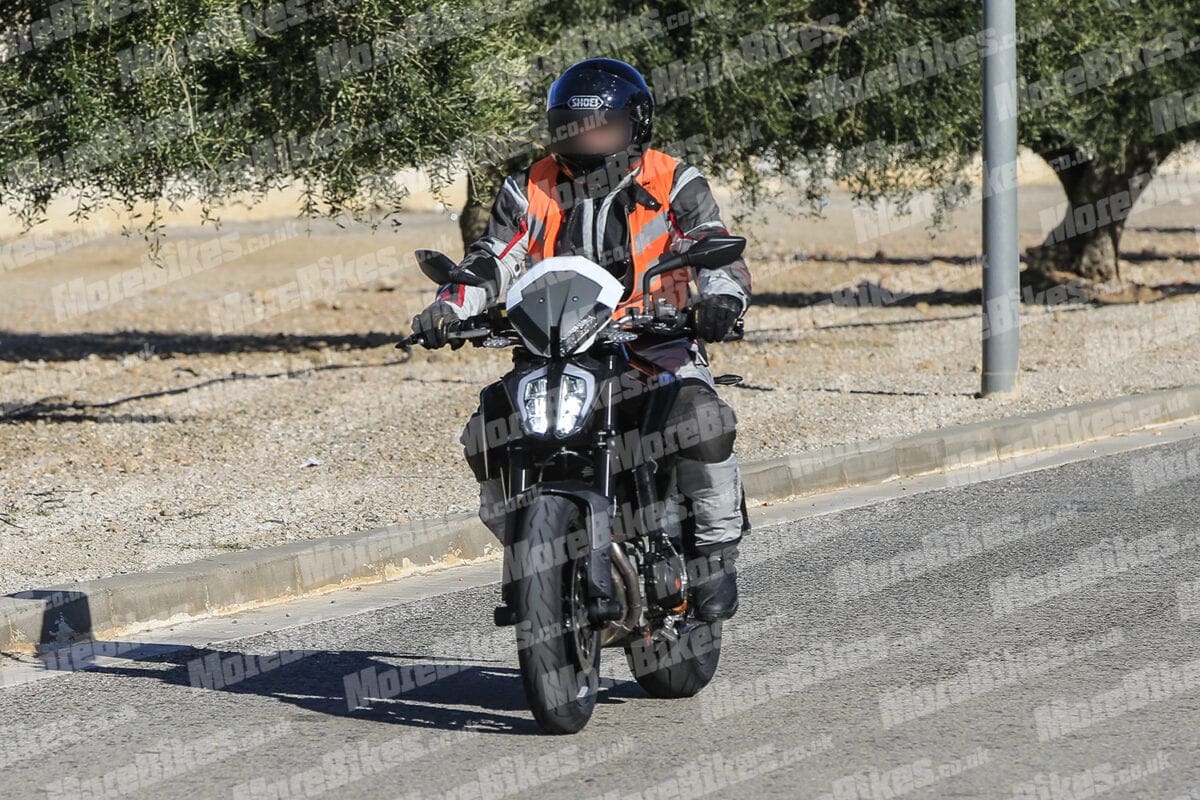 These exclusive pictures of the new 2018 KTM 790 Duke undergoing final tests in Spain give you the clearest indication yet of what the bike will look like when it is officially unveiled later this year. 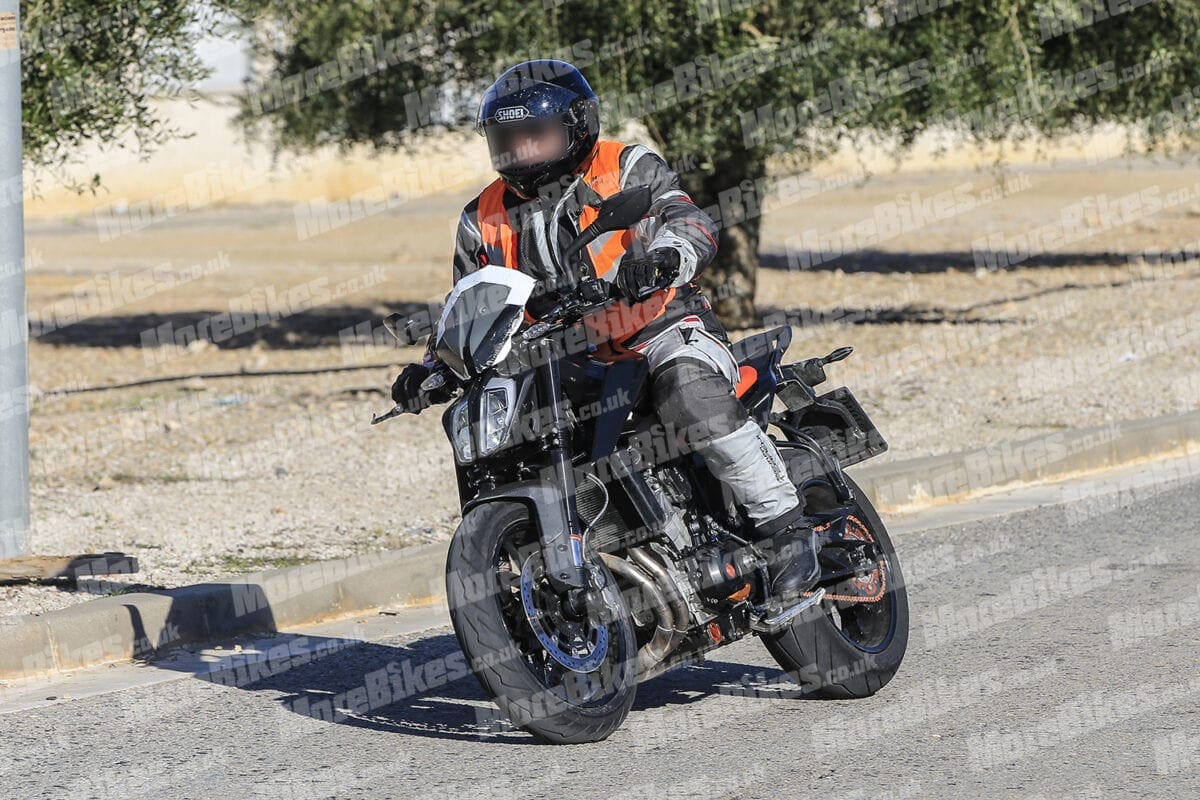 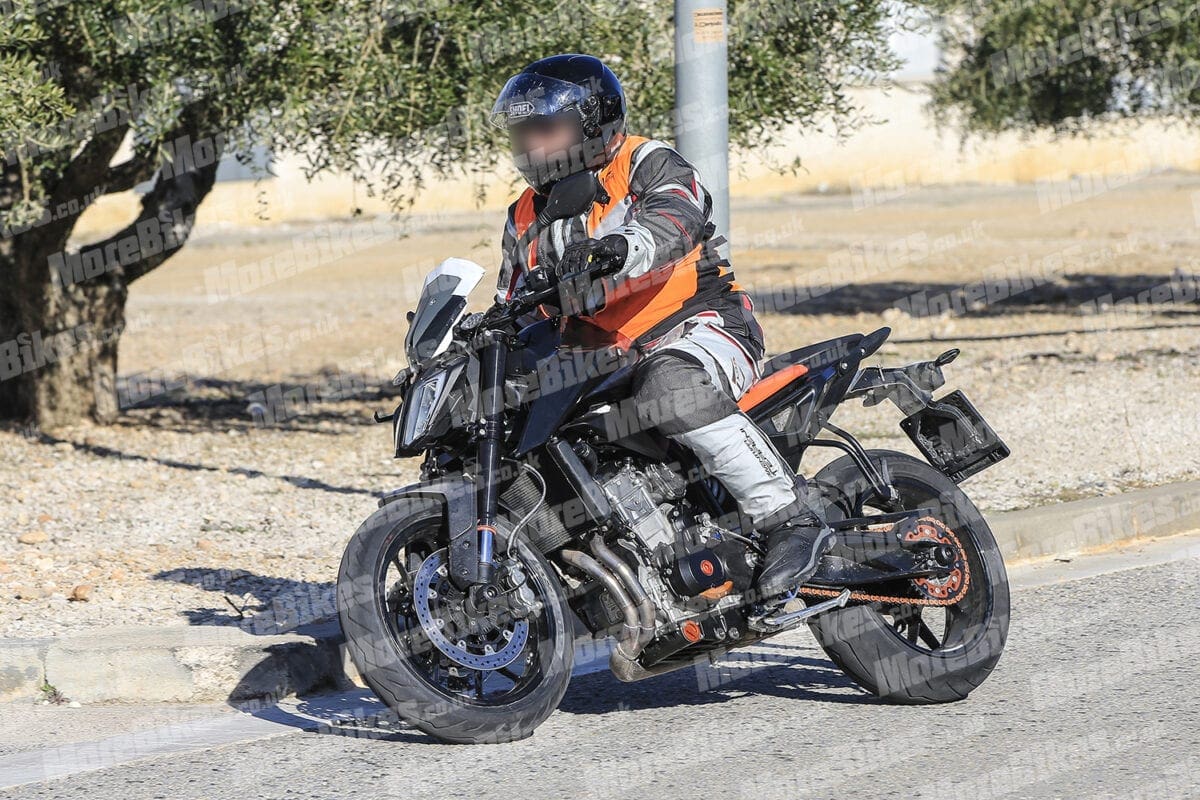 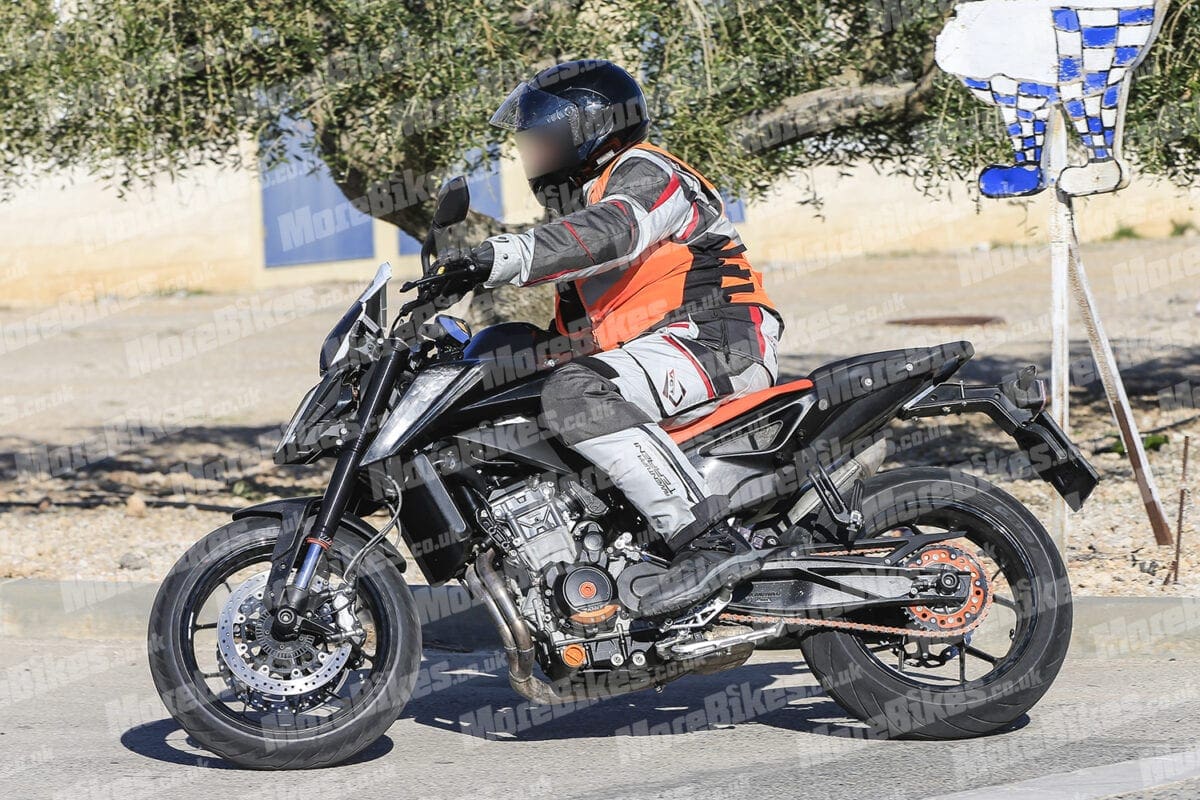 The bike, caught by our spy snapper outside a KTM factory, was ridden in what we believe are suspension tests in a comparison test with a current 690 Duke and Triumph’s 675cc Street Triple. The new Duke will have to compete for market space and sales against the new Triumph Street Triple 765cc next year.

The new parallel-twin (called the LC8c – with the lower case c standing for ‘compact’) motor uses a 270-degree crank and is controlled via a ride-by-wire set-up. 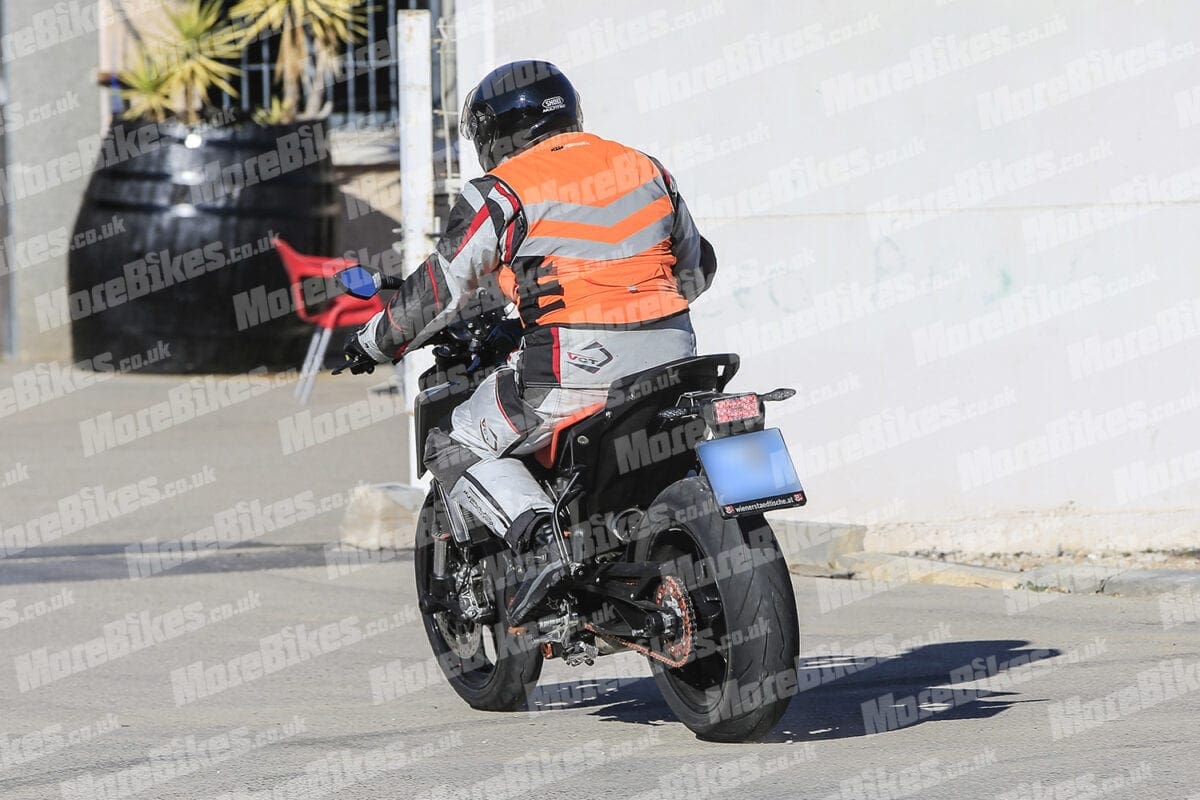 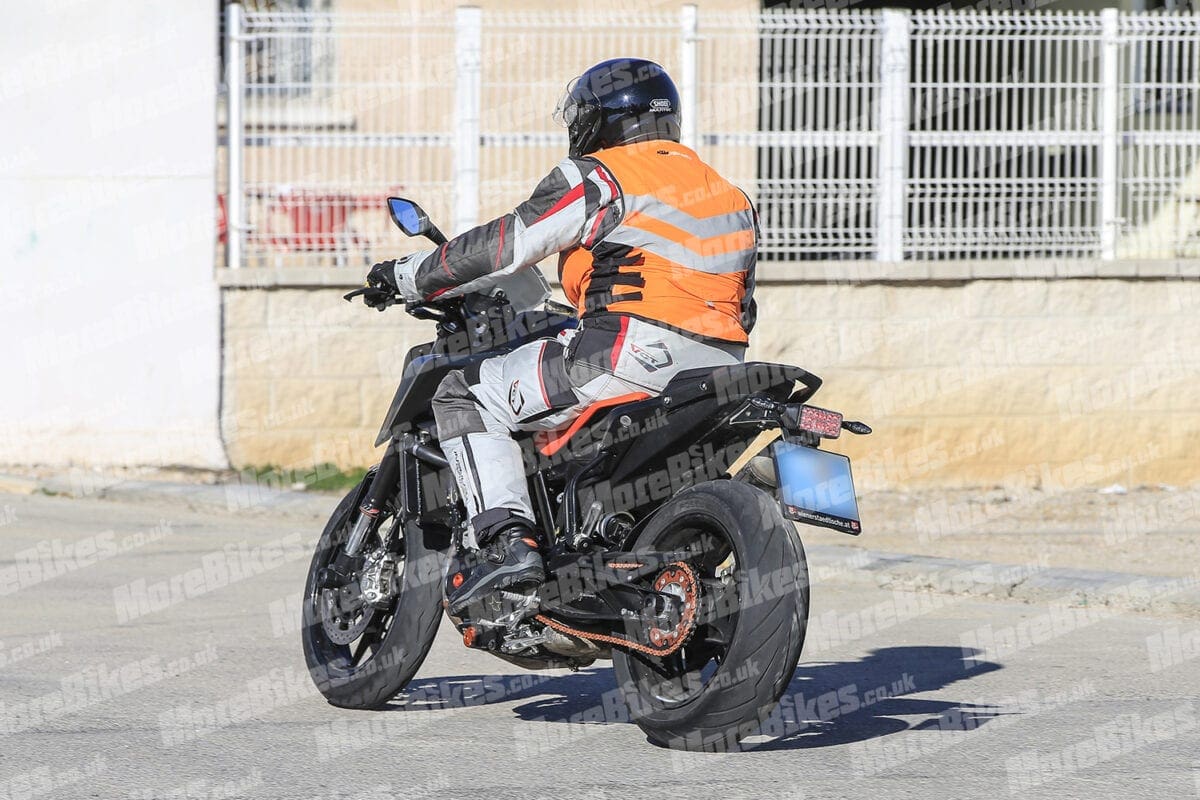 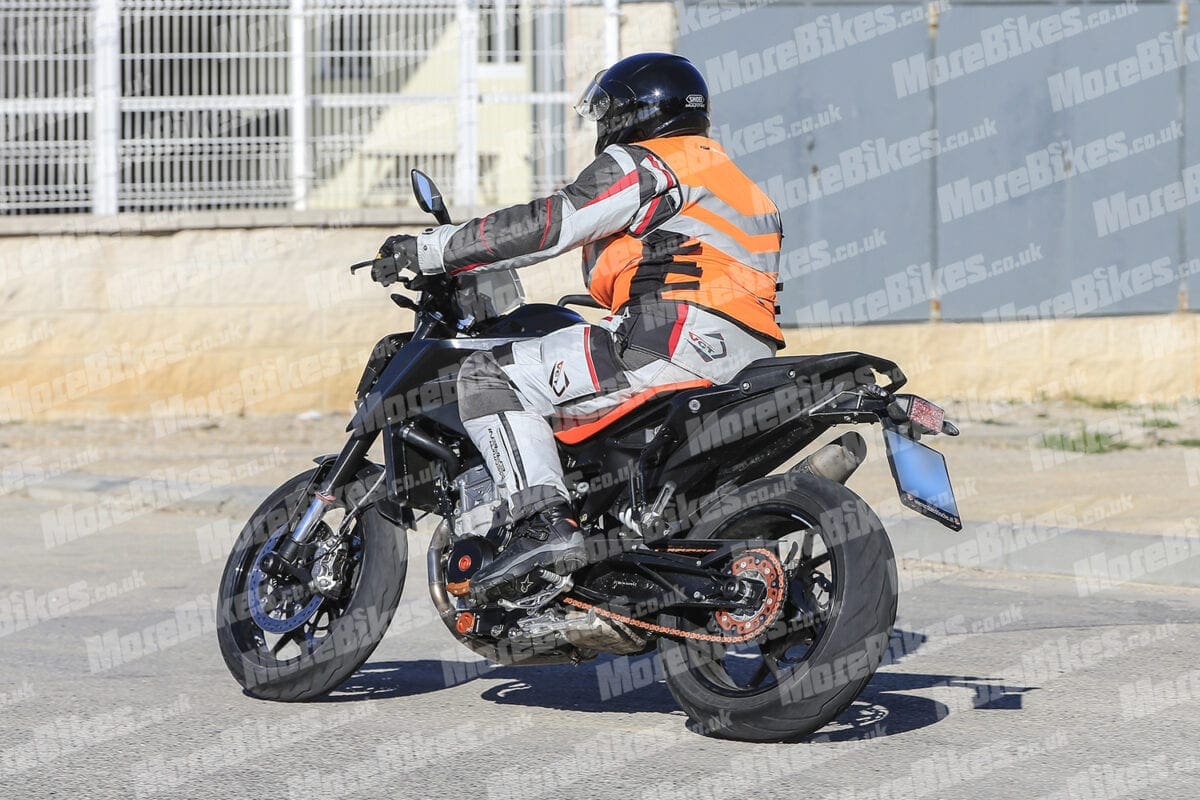 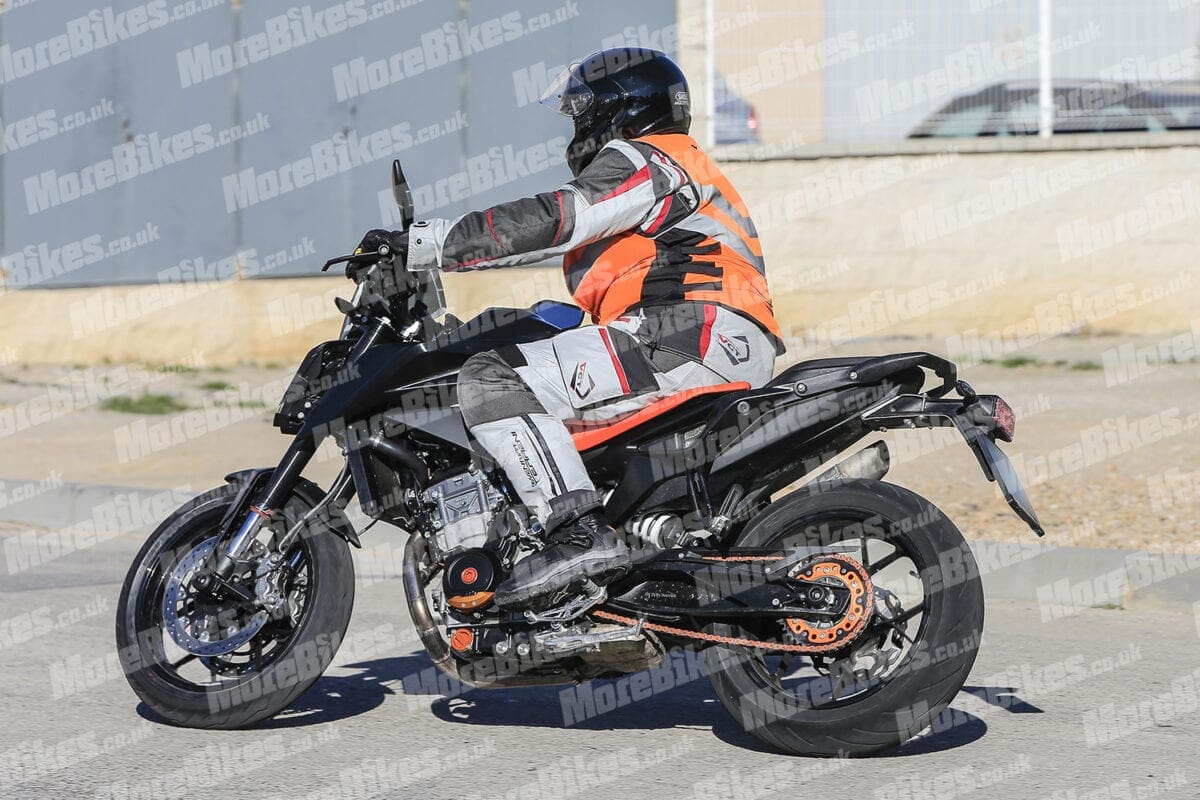 Exhaust-wise, the new bike is getting a two-into-one that snakes under the bike and around the swingarm before exiting under the pillion seat. The exhaust can looks to be very compact and tucked out of the way.

As we first told you, there will be two versions of this bike – the first will be an A2, basic spec version (that’s what’s photographed here, identifiable from the lower-spec J,Juan calipers), the second will be a R version which will be the higher-spec bike that goes toe-to-toe against the 121bhp Street Triple 765 RS. 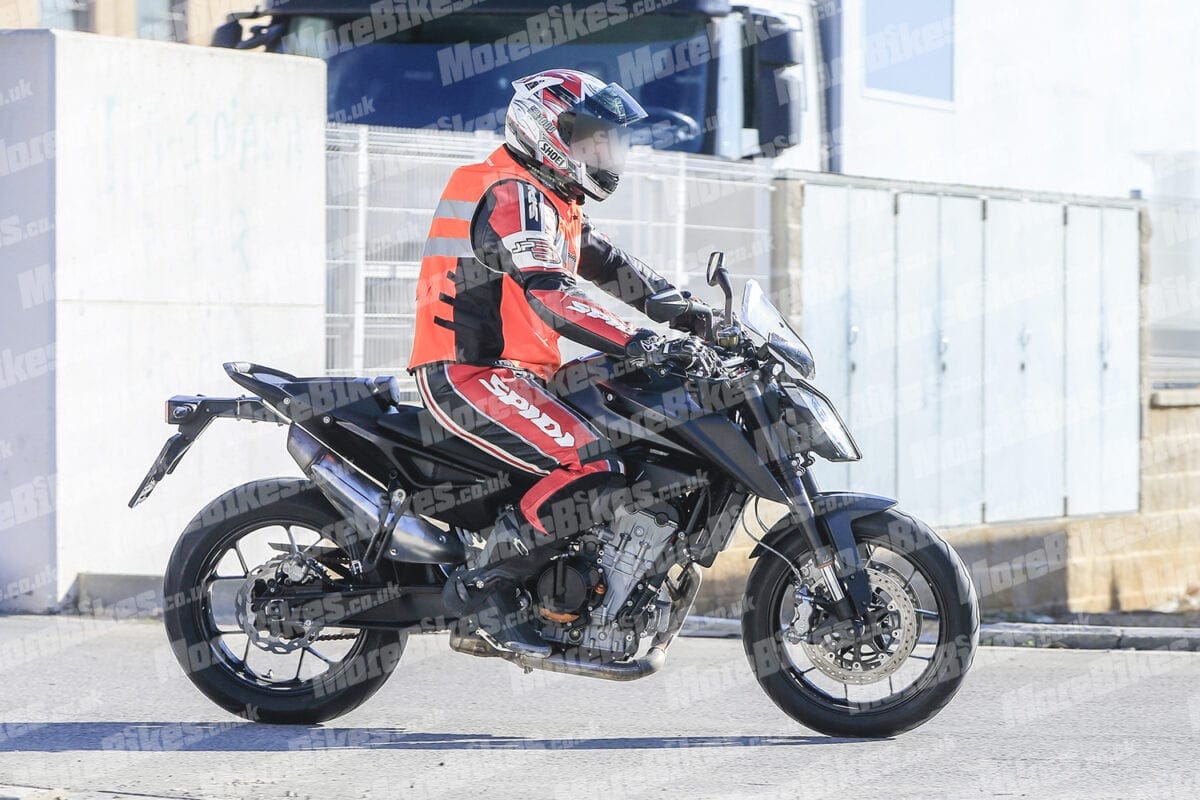 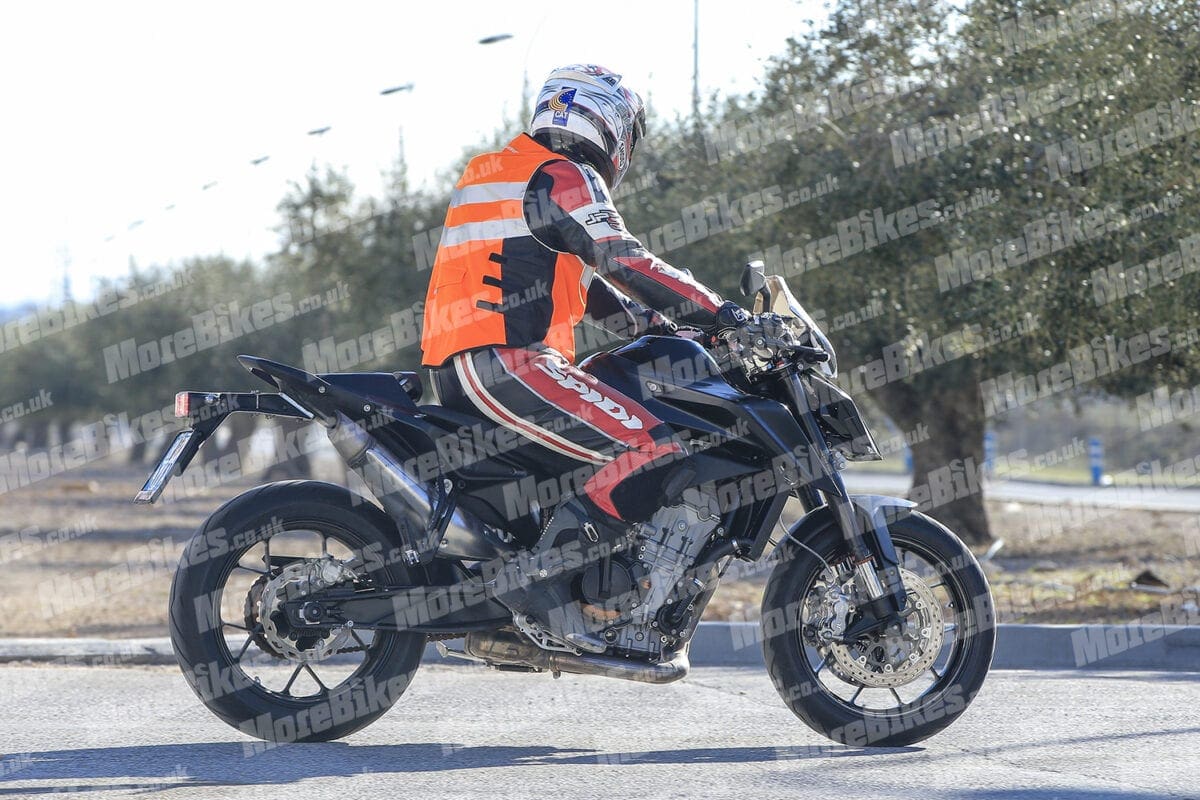 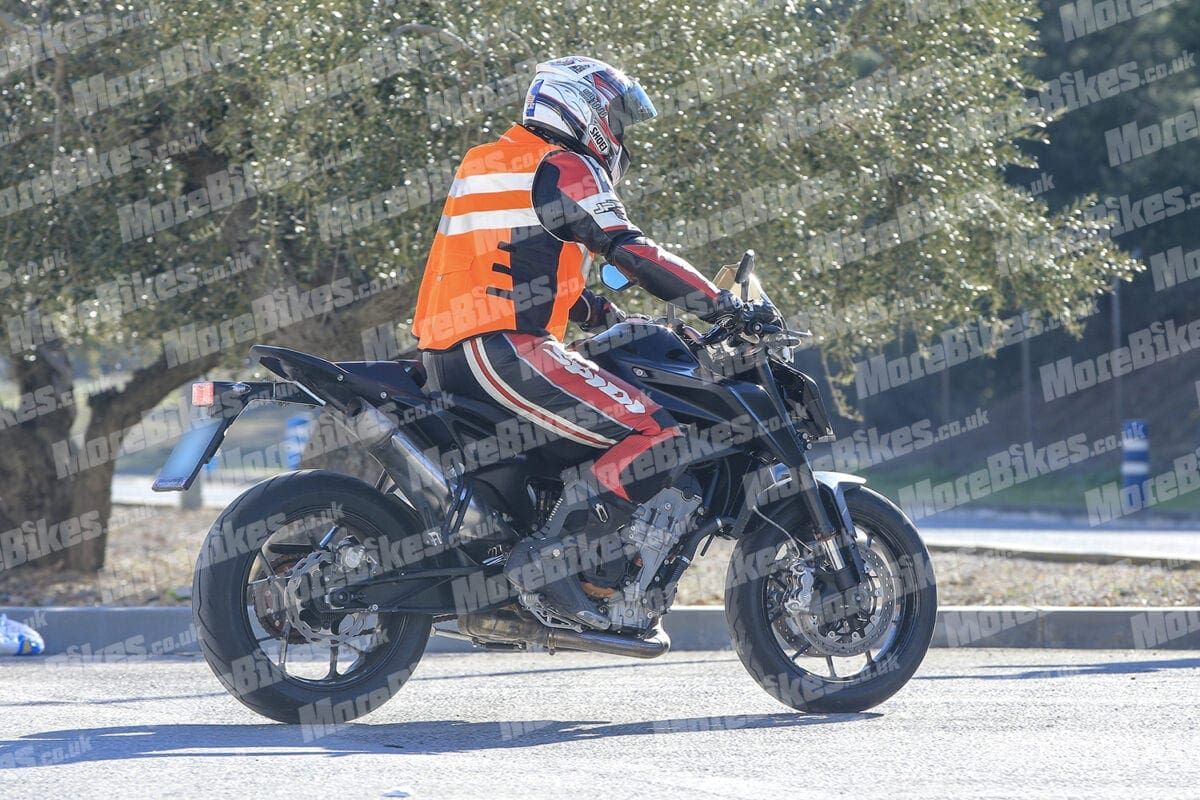 One point still being tweaked in the bodywork is the flyscreen. Mounted directly above the split headlights, the flyscreen on this bike we caught out and about has been extended up for more wind protection when on the move. Whether this remains the same on the finished bike remains to be seen but given how good the overall wind protection is on the new Street Triple 765 it’s entirely plausible that KTM is using the remaining development time it has on this model to up the amount of protection on the new bike.