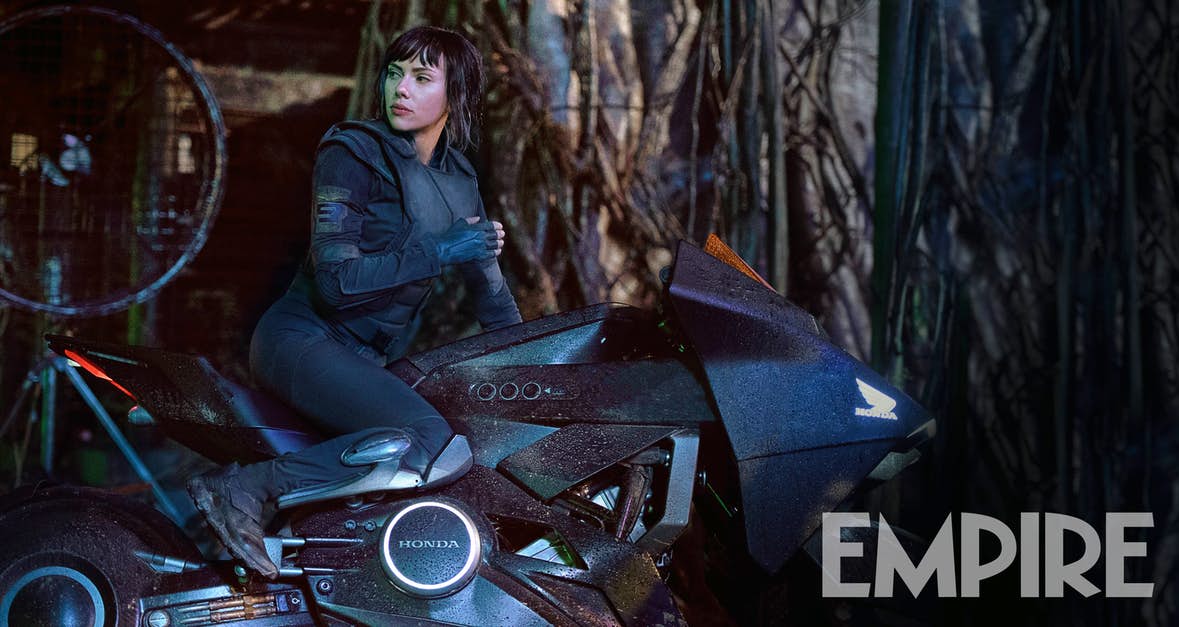 Here’s the first picture of the futuristic Honda that Scarlett Johansson’s character The Major is riding in the upcoming sci-fi blockbuster film Ghost in the Shell.

The movie, based on the huge anime Japanese series of films, is released at the end of March and follows The Major, a cyborg with a human soul, as she leads the elite crime-fighting team known as Section 9 through the crime-ridden streets of a futuristic Hong Kong.

The photo has emerged as part of the promotion for the film by production company Paramount. This image has appeared on the internet ahead of this month’s edition of the excellent EMPIRE film magazine which has a huge feature on the production and story of how the movie was made.

Aside from the clearly (very) visible Honda logos at the front and side of the bike’s fairing, there’s not much more to see other than what’s obvious in this picture – although to us that tail unit does look quite a bit like Kawasaki H2R…

Here’s the trailer for the film and in this, for a couple of seconds, you get to see the bike being ridden by The Major. Looks pretty cool.