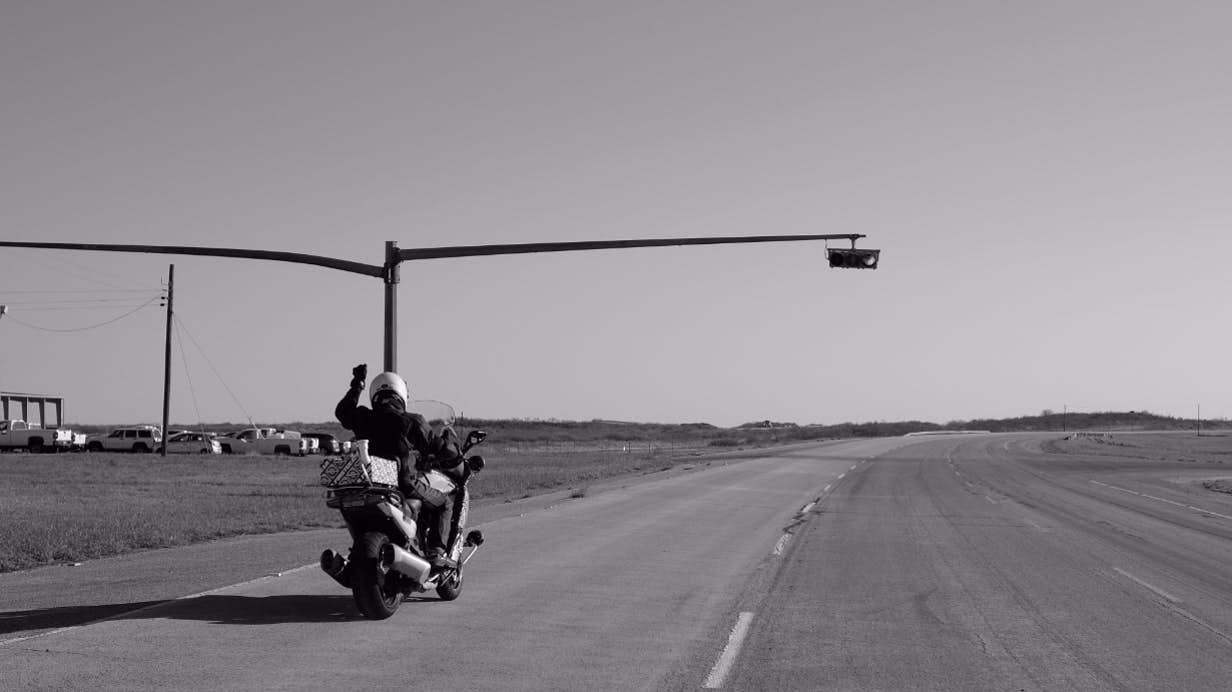 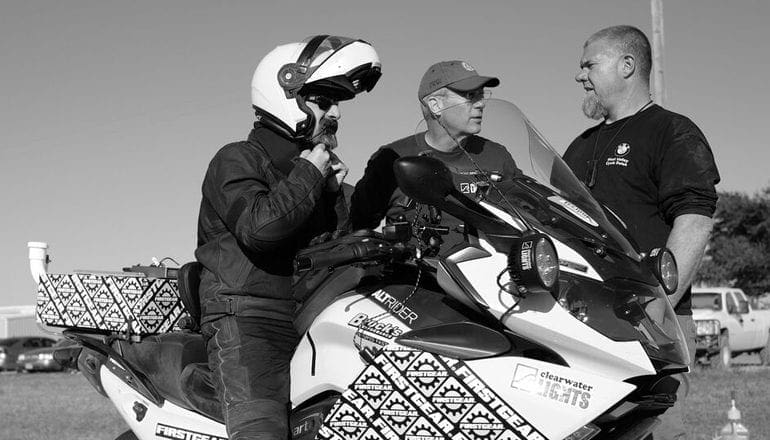 Reese went through four rear and two front tyres in the run and had to stop with more than an hour remaining, meaning that in the end he only managed to beat the existing record of 2,023 miles which was set for a 24 hour period by 93 miles. 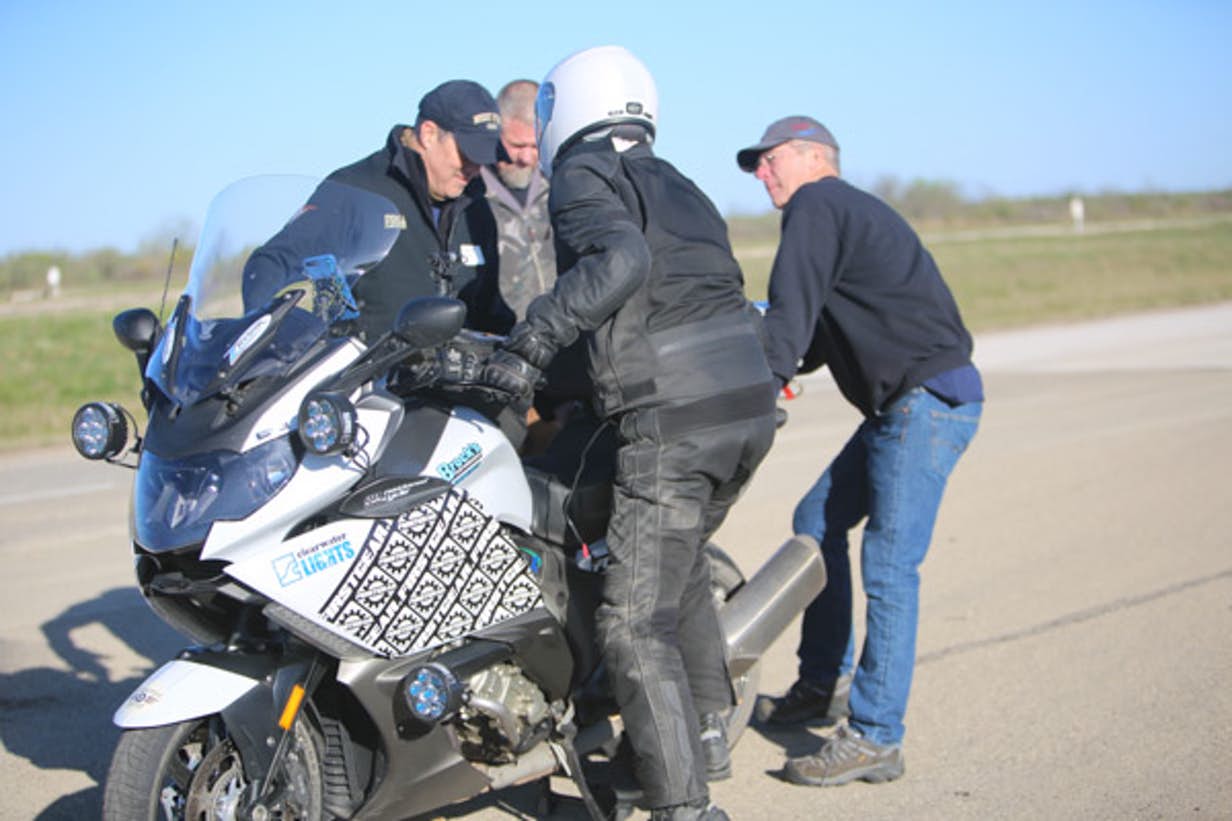 Reese’s attempt to log the furthest distance covered in 24 hours on a motorcycle came to a halt after just 22 hours, 52 minutes when his mechanic Jay Carlson checked over his rear tyre during a pitstop and told him: “You’re done.”

Reese said that he had expected the abrasive surface of the Continental Tire Proving Grounds in Uvalde, Texas, to be tough on rubber, but he didn’t expect the road to destroy his full stock of Continental Road Attack 2 EVO GT tyres. 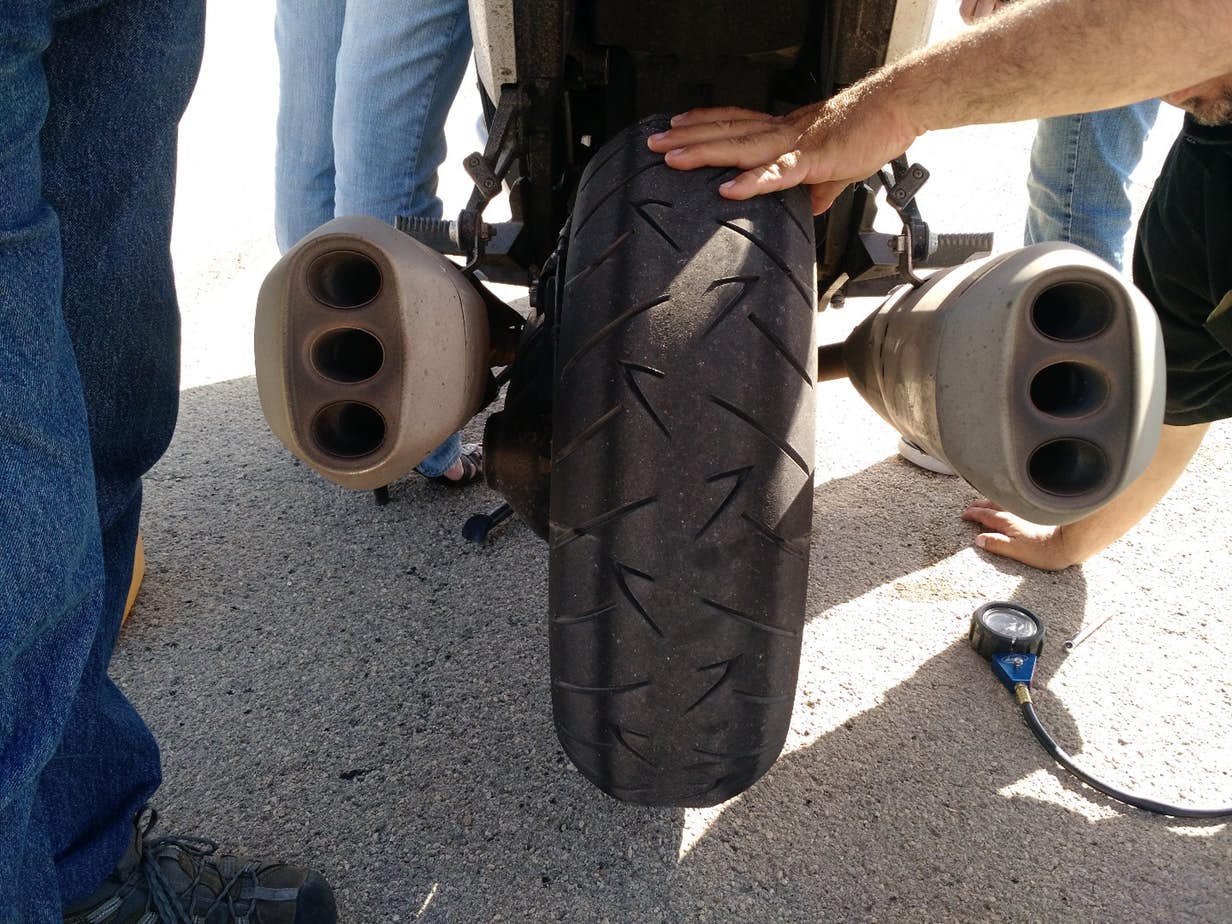 Sitting on an average speed around 90 miles per hour, and peaking at 141mph. Here’s a quick Q&A with Reese after the record run in which he talks about nearly hitting a pig (!), riding on virtual sandpaper and seeing dragons…

How’d it go? Anything unexpected happen?

Well, during a 3am practice run the day before a 125-pound wild pig ran out in front of me at 150mph! I pulled over into the pit and changed my drawers… The track has fencing but it doesn’t keep out pigs, rabbits, bobcats or raccoons. I avoided what I could, but three rabbits… They weren’t so lucky. Then, the day of the attempt I blew through four rear and two front Continental tyres. The track surface is designed for wearing tyres out, not racing. It’s decomposed asphalt and it’s as coarse as 20 grit sand paper. 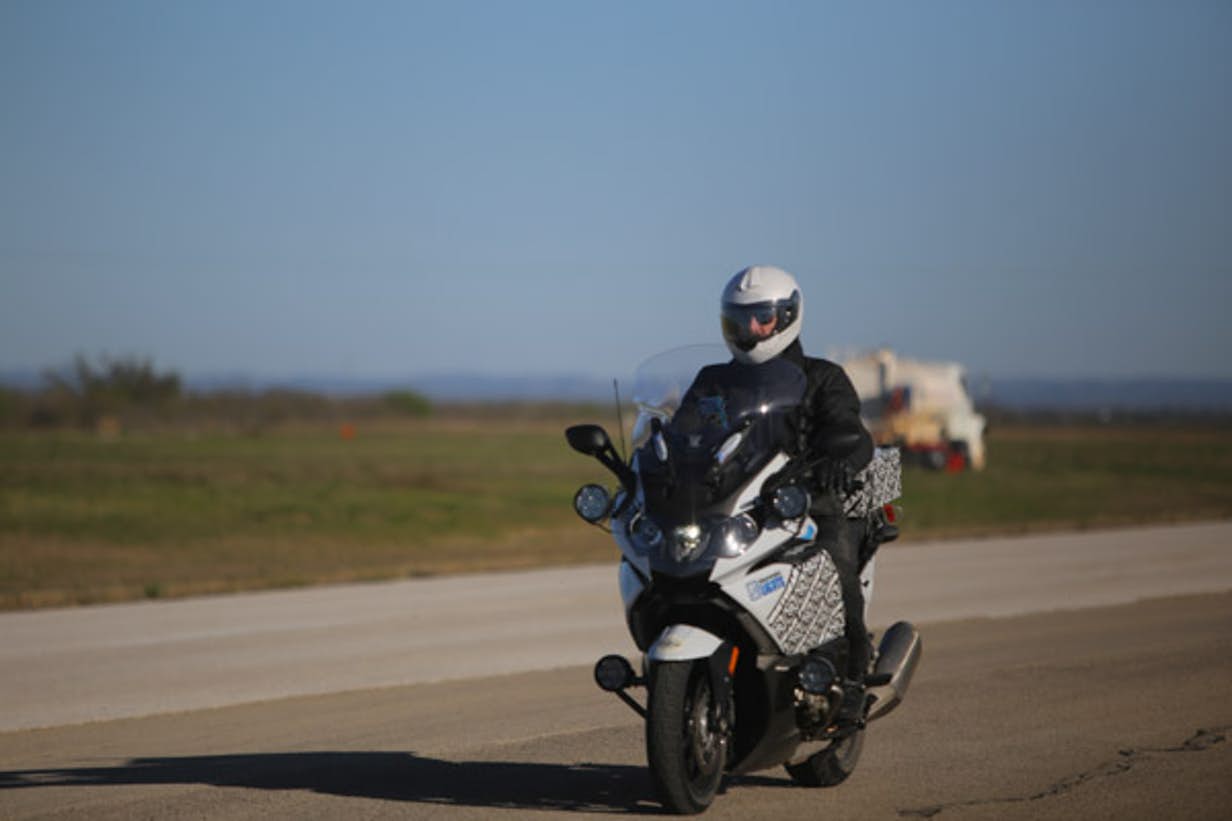 A couple things stand out. During the event I was testing a prototype suit for First Gear USA; I can’t remember ever being so comfortable in a wide range of weather.

But after a complete day of doing 100mph in a circle, the fatigue started to really hit me at the 19-20 hour mark. It took extreme concentration. When your mind gets this tired, you look at things like fog and perceive it to be a concrete wall. Endurance drivers refer to it as “seeing dragons.” Mind you other than two cups of coffee, I didn’t have any stimulants. This is a natural phenomenon when the brain is tired. These are the hours you focus on the task and nothing else. 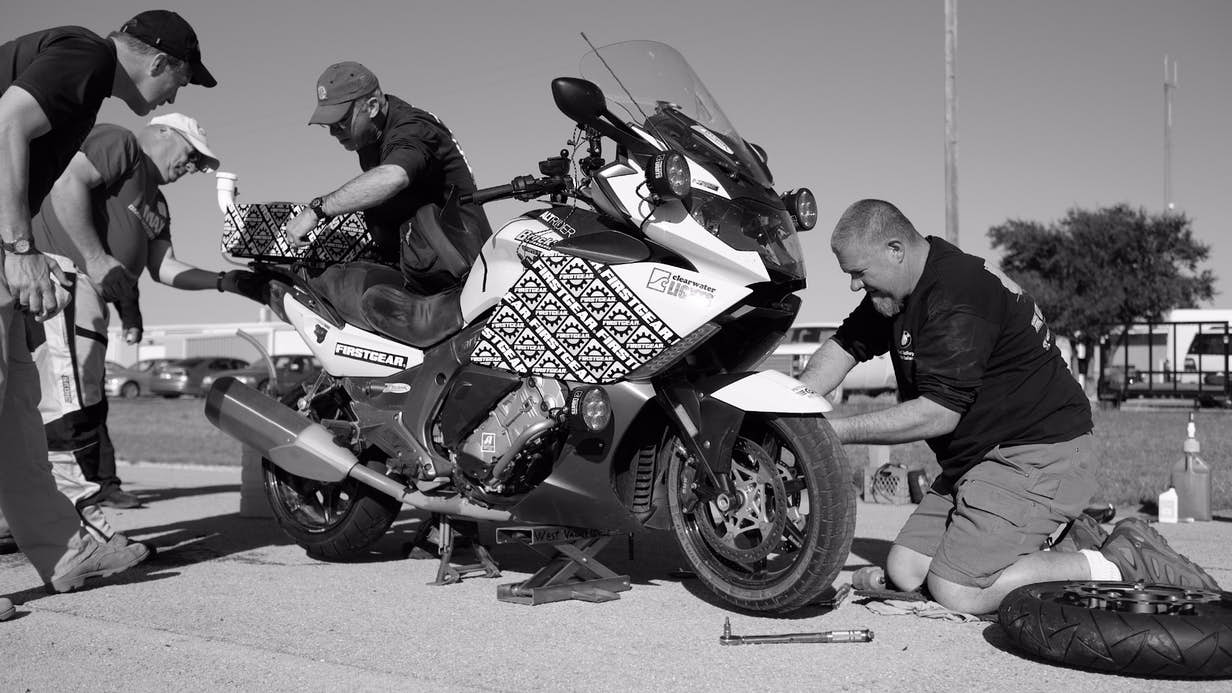 Did you expect to break the record by such a huge margin?

Honestly, I really wanted to break 2800 miles in 24 hours. I think we can do it. However our small budget didn’t allow additional tyres. I think I maxed out every credit card I have on this one. If a bike manufacturer ever wants to sponsor me, our team could really lay down some records for for them. Harley Davidson, Lightning Motorcycles, Motus, Honda… Call me!