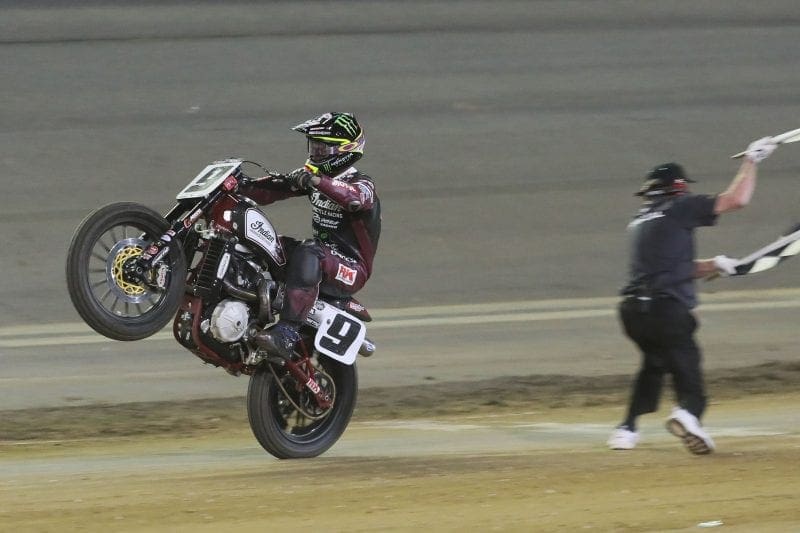 After a 63-year hiatus Indian has marked its first full season return to the American Flat Track with a 1st and 2nd place on the Scout FTR750. 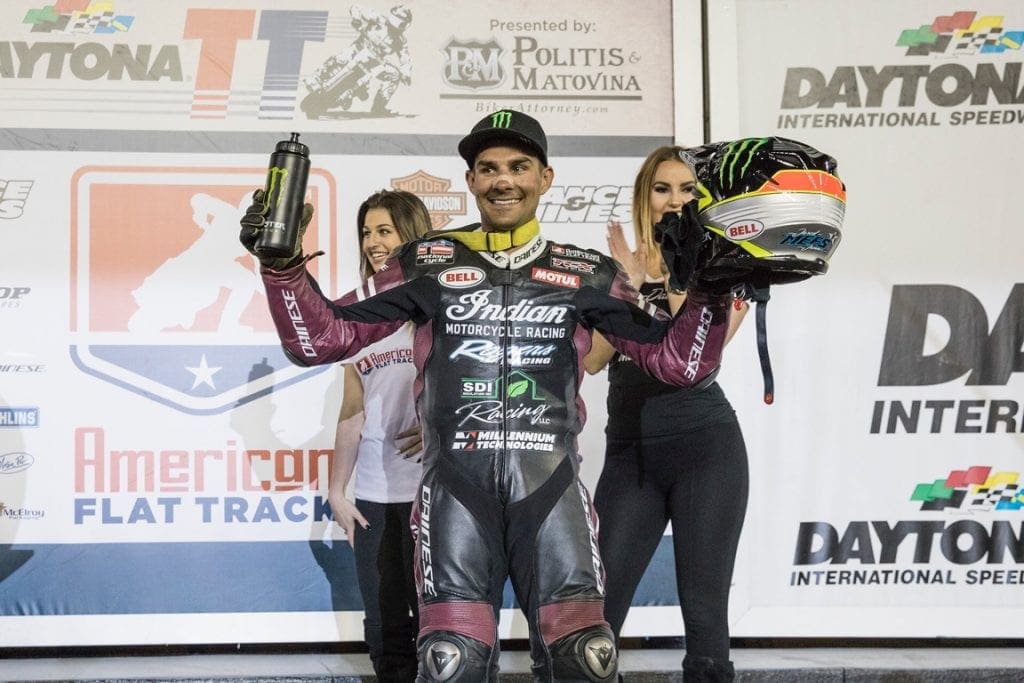 “You don’t know how special it is to win the first Daytona TT on the Indian,” said Rider Jared Mees (above). “I’m so excited just for the entire team and the hard work that everybody put in. It’s unbelievable what we all went through. Indian Motorcycle did an outstanding job.”

Mees’ rival and fellow Indian Wrecking Crew rider Bryan Smith  finished in second place. The reigning champion was happy to leave Daytona with a podium spot and said: “There was a lot of pressure and like Jared has said, we’ve now gotta race next weekend too. There has been so much focus on us, especially from having a new bike and a new team, so second place at a TT in Daytona I’m happy.” 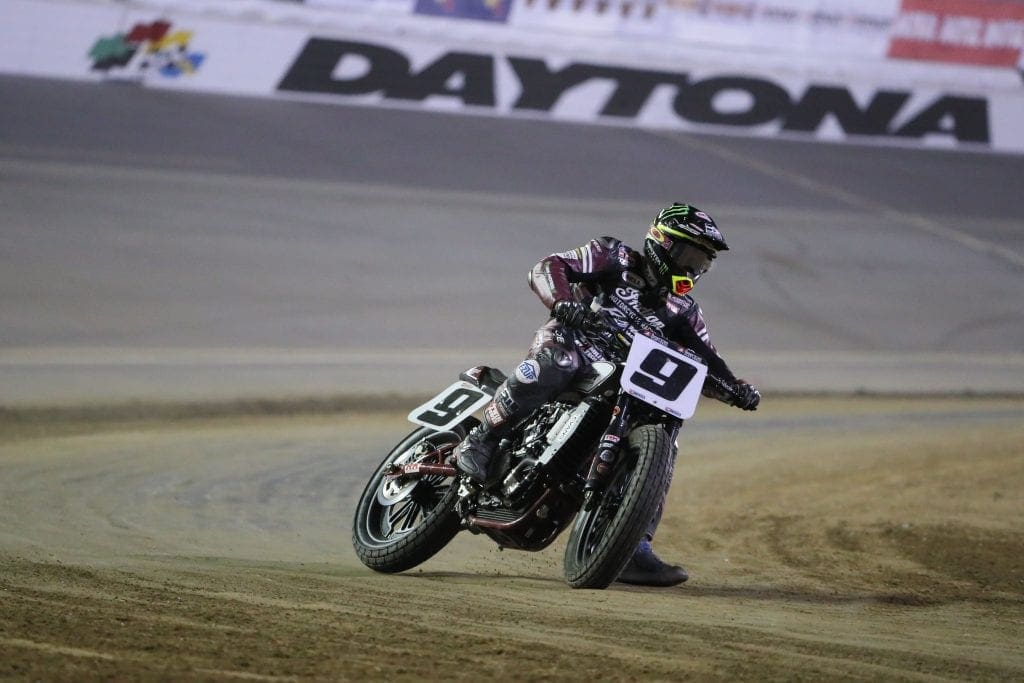 Joining the Indian Motorcycle duo on the podium in third place was Henry Wiles on the No. 17 DPW Racing Kawasaki Ninja 650.

The third member of the Indian wrecking Crew, Brad Baker, fell in the first heat, was concussed and did not return to the main race.

All eyes have been on Indian after assembling a team featuring three of the sport’s most decorated riders and armed with Indian’s state-of-the-art Scout FTR750.

This season-opener brought dramatic validation to Indian’s re-entry into the sport it had once dominated, reigniting the Indian Motorcycle versus Harley-Davidson rivalry during the sport’s glory days.

“Carrying the torch for the return of one of motorcycle racing’s most iconic and historic brands, makes this win truly special for me,” said Mees. “We knew we had a special bike this year that would give us a real shot at every race this season and to start off on top is huge. But this win isn’t mine alone. The entire team was critical and I couldn’t be more optimistic about our prospects for the remainder of the season.”

The main event began with Jared Mees taking the lead in lap 1 heading into the first turn and the three-time Grand National Champion never looked back.

Meanwhile, Bryan Smith rode the majority of the main event in fifth position before catapulting to 2nd over the last five laps, joining Jared Mees on the podium.

“With such a storied history of success in flat track racing, it was imperative that Indian brought every possible resource to be successful. To be atop the podium in Daytona is the ultimate validation for us,” said Gary Gray, Product Director for Indian Motorcycle. “This season is more a marathon than a sprint and this is merely the beginning. While we’re proud to get off to such a great start, our eyes are fixed on a championship.”

The next race is just a week away on Saturday 25th March on the Atlanta Short Track, a round sponsored by Indian Motorcycle.