Bike HUD | First review of the Head Up Display 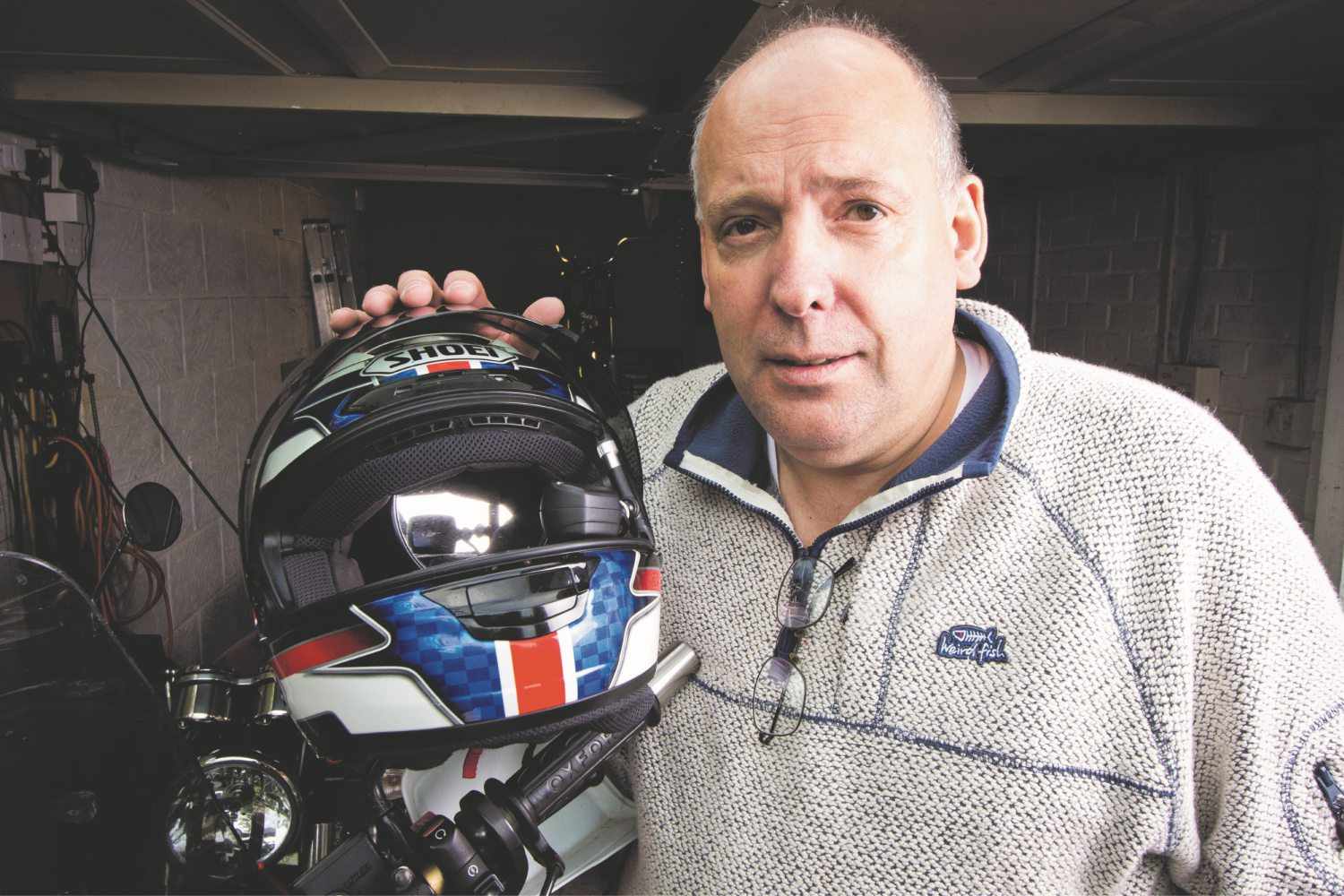 Motor Cycle Monthly’s John Milbank checks out the latest in helmet technology that could change the way we ride.

Dave Vout is a modest man – a civil and structural engineer by trade, it’s hard to believe that nobody’s already thought of the innovative product he’s launching at Motorcycle Live this year. 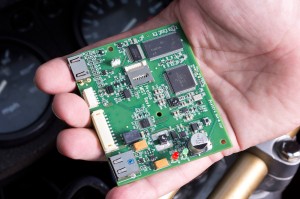 The prototype controller out of its casing

A few years ago he owned a stunning GSX-R1000, but this solidly-built man found that his leathers pushed up at the back of his neck, pressing against his helmet and making it difficult to turn his head. Combined with his wide shoulders that blocked the sports bike’s mirrors, he started looking for something that could help him see behind more easily.

Helmets are already available that use mirrors to give you a view of the world behind, but besides wanting to keep his Shoei, he was disappointed that a pillion could block that view, and that when looking into a corner’s exit, he’d no longer see the road behind. He wanted a video camera and a Head-Up Display (HUD).

After months of research, he failed to find a solution with the versatility and performance he expected, so he decided to make his own. By his own admission, Dave doesn’t have the skills to create the complicated lens system required for a HUD, or the electronics and software knowledge to control it, so he’s worked with UK Optical Plastics (who previously designed helicopter gunship sights) on the lens system; Bytesnap Design for the electronics; and Bluefrog Design, a product development company. The problem was, even after selling his bike and investing his family savings and pension, he didn’t have the money for such an ambitious product. 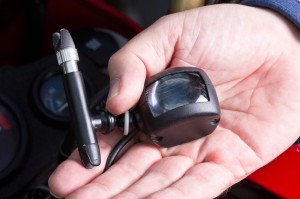 After selling his bikes, and investing his family’s savings and pensions, he scraped together enough money for the design, tooling and marketing of the first batch of stock. As he needs further investment to get the product on the shelves, he’s also using crowd-funding, which helps startup companies to raise money.

The Bike HUD started life as a rear-view system for any helmet, but each brain-storming session revealed new possibilities: speed display; revs; gear; time; temperature; indicators. Then a track mode became a possibility, with huge potential for racers to gain instant telemetry and pace information. There are more ideas in the melting pot, but pending patents see us sworn to secrecy.

It all sounds good, and it’s easy to promise the world without delivering, but that’s why I was sat in Dave’s garage, just a few weeks before Motorcycle Live. This isn’t ‘vaporware’ this is a working product, and I’m the world’s first journalist to be given the chance to try it.

Does it really work? 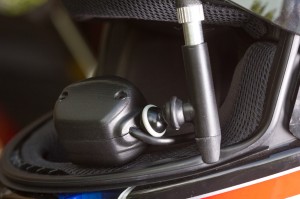 The prototype unit as tested by Motor Cycle Monthly

The Bike HUD computer controller was sitting beneath the seat of Dave’s Honda Africa Twin. The plastic cases had been formed by his own 3D printer, prior to the injection molded components being finished, but the electronic hardware, – the display and lens system, as well as the complicated circuitry, with USB and expansion ports, and an HDMI socket – is complete. A prototype switch unit is neatly attached to the handlebars, and the lens is cleverly attached to a Shoei lid. Dave’s already shown me how easy it is to remove, and pop into another lid, and while plugging the single wire into the controller is quick and easy, it’s one of the areas that he promises will be refined on the finished production version.

At first, it was hard to get the display into my eye-line. I was wearing my glasses for this ride, and the lens cut straight through my view. I thought I’d need to swap to contact lenses, but after a couple of minutes I became aware of a clear ‘0’ (my speed) and a gently pulsing horizontal line (the idling bike’s revs). Using the display was more about adjusting my perception than fiddling with the helmet-mounted assembly.

After pulling away, I could see my speed increasing as it changed colour. The unit’s programmed to show speed in white under 30; red under 40 and blue at 50 and above, but that can be easily changed by the user. After just half a mile I came across a speed camera near a pedestrian crossing, and suddenly it all made sense. I was aware of my speed being displayed in white, so I knew I was under 30mph and didn’t need to take my eyes off the road to glance at the speedo. While we all gain a perception of speed, and need to use our clocks less, that perception is easily changed after a long motorway blast, or riding home from a track day.

Ten minutes into the ride I started to notice the fact that I could tell the time, and see the temperature in the small display, yet despite this lump of plastic sitting in the lower left opening of the lid, my peripheral vision was barely affected. That’s not to say it’s invisible – while it didn’t stop me seeing any hazards as I approached them, it was sometimes in just the wrong place to cover the bike’s left mirror. It took a tiny twitch of my head to see it when I was stationary, but when riding it fell back into view. It’s an effective compromise.

Anti-reflective coatings should increase the brightness of the finished display by up to 10%, but I tested it without them. Cloudy, with the sun occasionally poking through, a dark visor made the HUD much clearer. I found it harder to see when riding into the sun, but you probably need a good couple of hours to get used to reading the HUD. By the end of my twenty-minute test, I was confidently switching through the various modes without losing my view of the road. 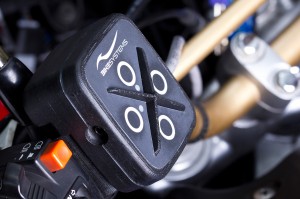 Try it for yourself

Dave’s biggest problem as he markets the HUD, is going to be getting people to give it more than a cursory glance. Pop a lid on quickly and you’re unlikely to be all that impressed, but give it a few minutes and it gets clearer. It’s not for everyone, but new riders; trackday enthusiasts; racers and experienced adventurers could all find it’s got a place in their lid.

You can try, pre-order, or win the Bike HUD at Motorcycle Live. The first models are expected to retail at around £300, but Dave’s company – Bike Systems – will be offering a 28-day money back guarantee. All he asks is that you give the kit a fair trial.

Ironically, bearing in mind why Dave started this project, the one thing I couldn’t do was to see behind me – the evolution of the design took the system off in new directions. A rear-facing camera is just one of the add-ons promised, so it’s another reason why we’ll be following the Bike HUD with interest.