To celebrate the 50 year anniversary of the first Moto Guzzi V, the Italian brand has launched their latest incarnation of the iconic bike – the V7 III. 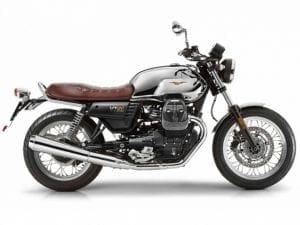 We’ve already told you in detail about three of the models from the new range – the Stone, Special and Racer – but we’ve just been sent some pictures of the gorgeous Anniversary version.

The bike features a gold engraving of the Eagle of Moto Guzzi, chrome aluminium bodywork, polished rims and a brown leather seat. 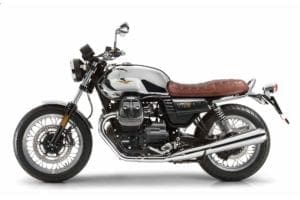 Typical of a Guzzi, the Anniversary uses a double cross-cylinder V, an engine originally developed in 1967 at the hands of engineer Giulio Cesare Carcano. The new V7’s 745cc, twin-cylinder, air-cooled engine is capable of delivering 52bhp at 6,200 revs. The V7 III also comes equipped with an ABS system, and the new MGCT (Moto Guzzi Controllo Trazione), basically a traction control system that prevents the rear wheel spinning during hard acceleration. It also comes with an ‘Eco Ride’ function that Guzzi claims can help reduce fuel consumption. 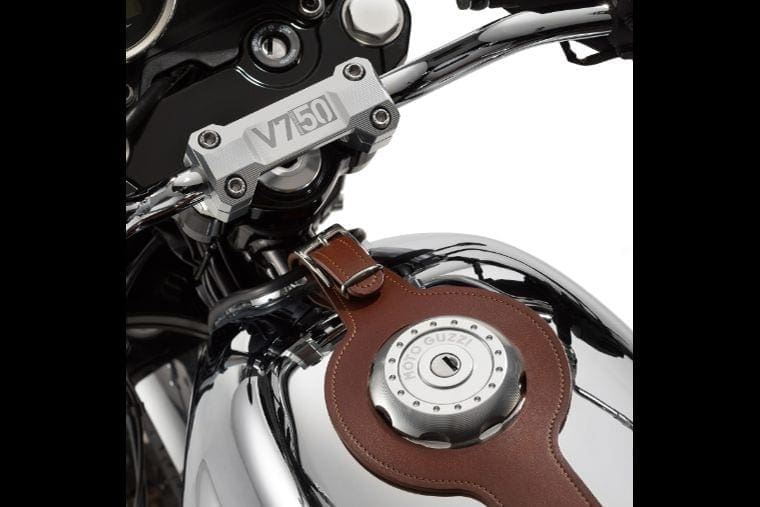 Only 1000 units of the Anniversary model will be going on sale, which makes it one of the most exclusive Moto Guzzis ever to hit the market – and one could be yours for £8,999.