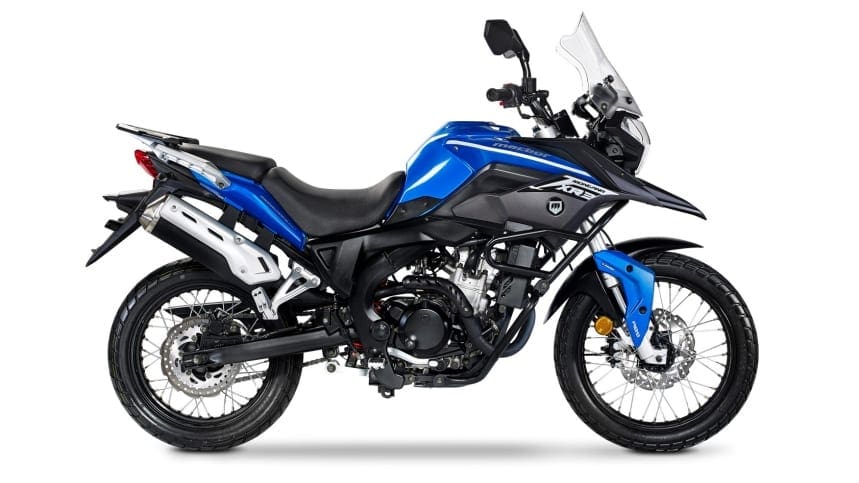 Called Macbor, the company is the brainchild of Jaime Bordoy – a former Bultaco man who also used to import MV Agusta and SYM bikes into Spain – his sons Albert and Jordi and partner Josep Lluis Merlos. 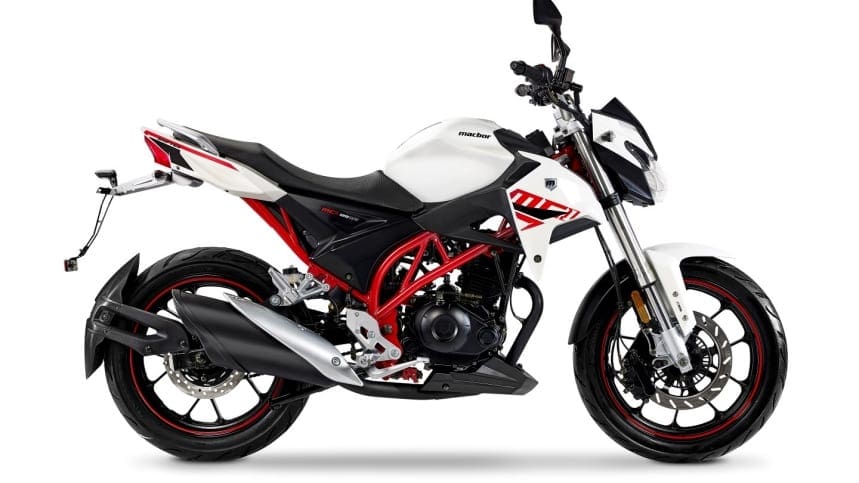 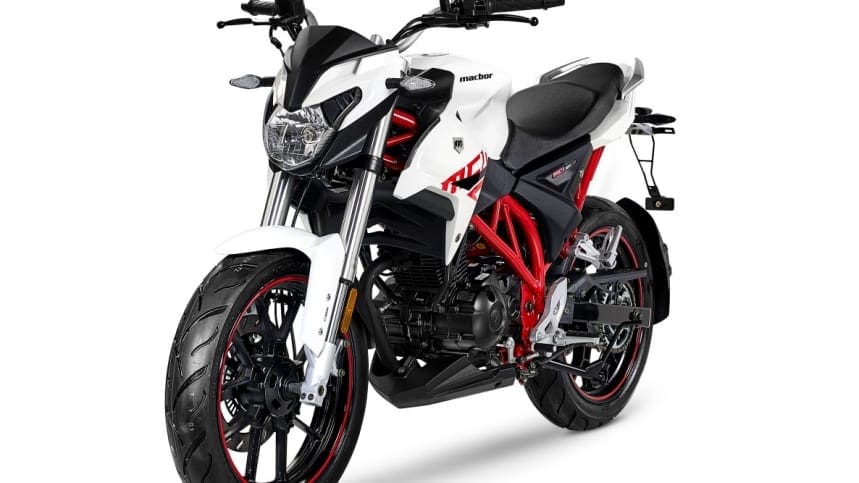 The Macbor range has been running since 1999 as a manufacturer of children’s motorcycles but has just unveiled its range of adult-sized bikes in Barcelona.

The Macbor range currently uses two engines – a 125cc and 250cc brace of singles. The 125cc makes 10.5bhp and the 250cc four-valve, liquid-cooled motor kicks out around 25bhp. 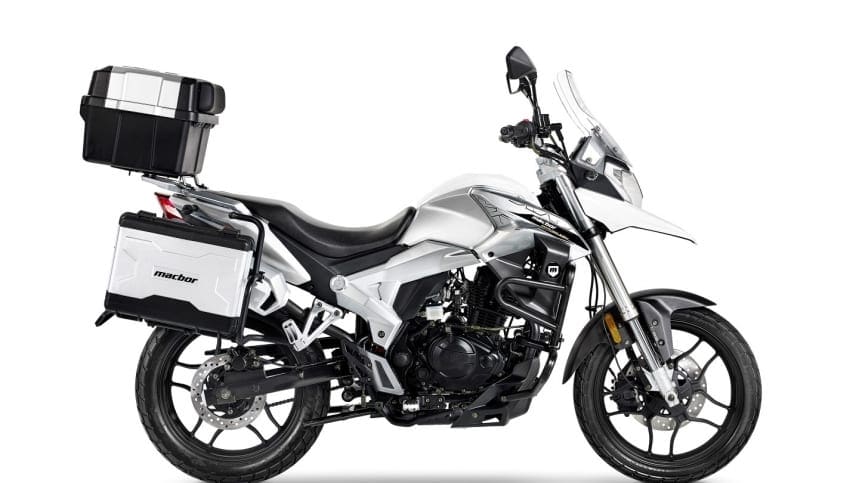 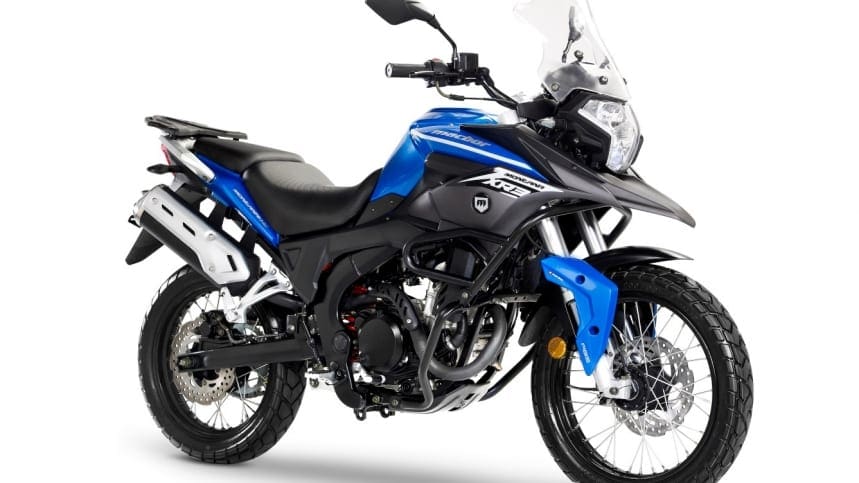 The range includes the naked 125cc Stormer R retro-style city cruiser (below) , the Shifter MC1 which is the more sporty modern 125 (above, in white), the XR1 which is a small semi-Adventure style bike (above in silver with panniers) and the and XR3 Adventure bike (above in blue).

No price have yet been given for the bikes but they look pretty well styled for the European market, whilst we’re still a part of it. 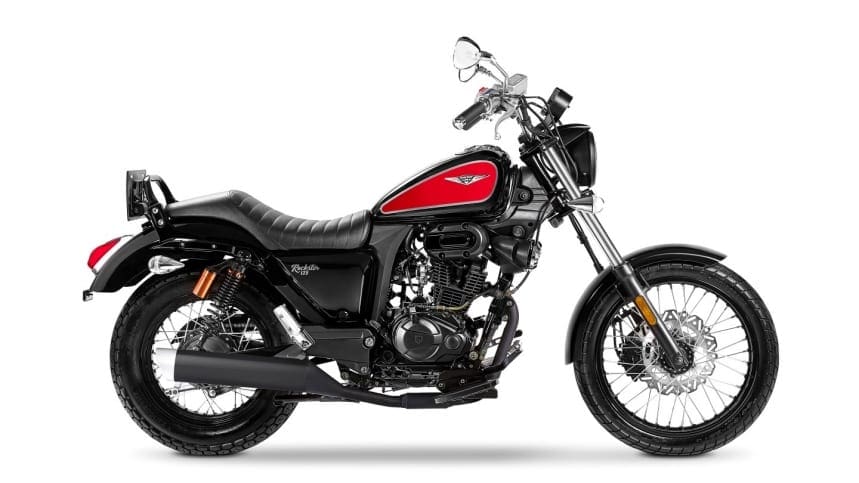 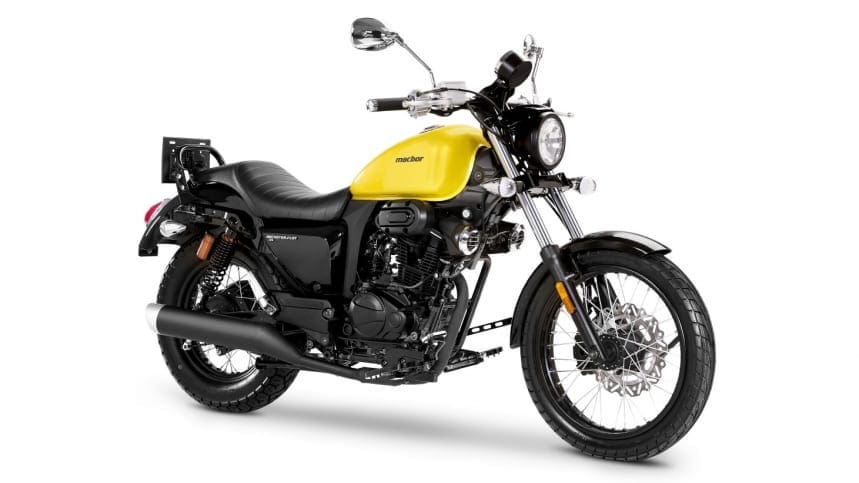